Beeston Castle and another great PUB

We had 2 quiet, sunny days moored just above Tilstone Lock, tremendous!
After studying the local O.S. map, and a web search on CAMRA, Dave decided to go for a beer. It was just over a mile up a very quiet country lane to Bunbury, and The Dysart Arms The locals were friendly, and there were snacky things on the bar to go with the 4 hand pull ales. Harviestoun Tam O' Shanter was the preferred tipple. Luckily there was 50p. off a pint between 5 and 7 in the evening, a very good plus to a pub that will be stopped at again.  One of their numerous awards is the "Winalot Dog Friendly Approved Award".  It's the same pub co that own The Corn Mill Llangollen (another of Dave's favourite pubs).

We moved on today, down Tilstone Lock with the unique to this area, lock keepers circular lockhut complete with chimney (one of only three left from the Chester Canal Co days) and a view that almost every boater loves ... newly lopped trees with lots of wood left on the ground! 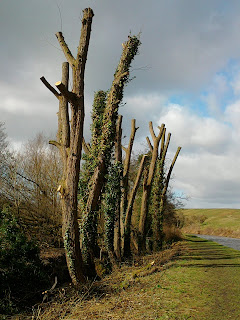 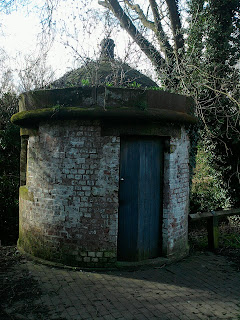 Next on the trip were the 2 Beeston locks, one stone, and then the iron lock with it's warning notices. Nowadays it's recommended by BW for only one boat to go at a time, previously pairs were o.k. as long as they were less than 60' .  It didn't really matter because with it being this quiet, we would have had to wait quite a time to share.  The hills as you approach the lock seem to be made up purely of sand, hence the lock being made out of iron to avoid land slips. 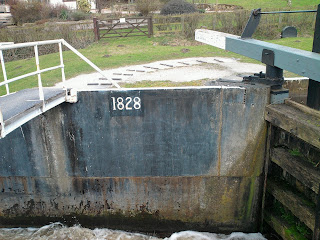 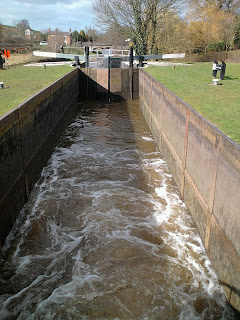 The views of Beeston and Peckforton Castles were stunning, although being very open, the cut was windy. So we decided on a more sheltered mooring at  Bate's Mill Bridge, opposite The Shady Oak (disappointing), with views of the castles. 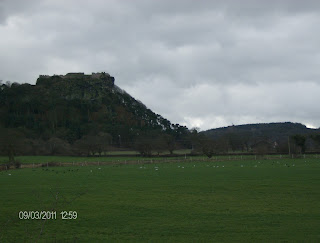 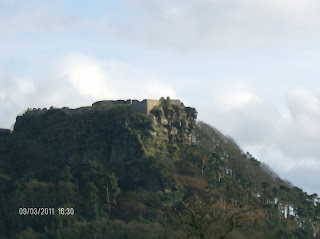 The Wild Boar Hotel was visible on the hill as we passed through Beeston.  Beautiful tudor timbered buildings which I dined at a couple of times in my previous life working in the fast lane! 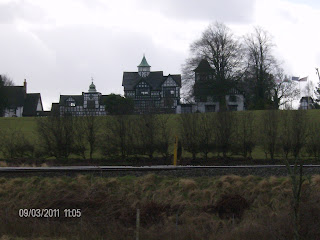 Looking forward to trying the Dysart Arms, we turned onto the Shroppie yesterday and are holed upjust south of Brewood until this wind eases. When are you hitting the Llangollen?

We'll turn onto Llangollen on the 17th or 18th - not exactly sure yet - see how it goes! Dave starts back to work on 23rd, so we've got a few days to play around with.