Dave's been living aboard for 21 years TODAY.  Congratulations! 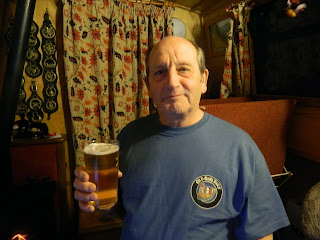 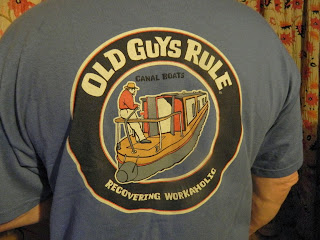 Now here's a pic just to prove that Dave doesn't spend his whole time with a pint in his hand,
but can you tell what's missing from the picture below............. 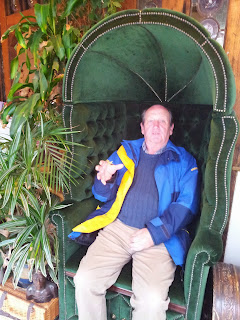 Where have we been for the last 6 months?

As mentioned in the last blog, it's been 6 months since my last blog.  Dave has again been working in Chirk Marina for the summer, and I secured a job with CRT working in the Visitor Information Centre for the Pontcysyllte Aqueduct, at Trevor Basin.  A job which I have done in previous years.  This season, my contract started as part time, but then extended to full time after a promotion to Manager of the visitor centre, so I now have to stay until the end of November, which has delayed our winter escape.  We have still managed a few trips up hill to Llangollen and down hill to Jack Mytton's on our odd days off, but this working full time malarkey certainly curtailed our cruising this summer.  Still, mussn' grumble, it's a job I love doing - with the best commute to work in the world.

Good news - The Aqueduct Inn reopened this May, and serves excellent real ale and pub grub. 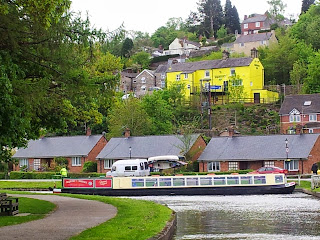 View of "The Aki" pub from the canal - yes it really is that yellow.  A couple of the locals complained about the colour - my answer was always the same "I don't care what colour it is - it's better than it being boarded up with paint flaking off the walls".  The colour of the paint certainly did a good job of getting people talking about it.  Great!
It also proved a great tool for me in the Visitor Information Centre "see that bright yellow pub a mile over there?  that's where you'll find the bus stop to Chirk."
The flowers on the boat were fantastic during the summer, but with all the rain recently, they've had it for this year.  No apologies, the rest of the blog will be taken up with pics of our beautiful flowers, thanks to Dave's efforts....... 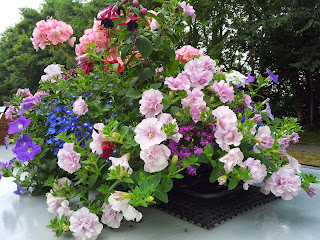 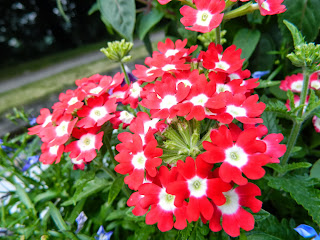 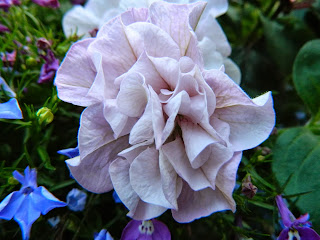 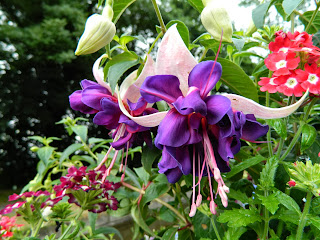 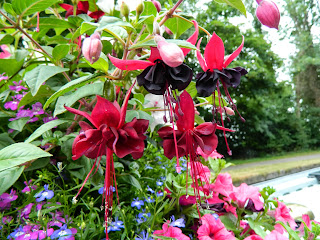 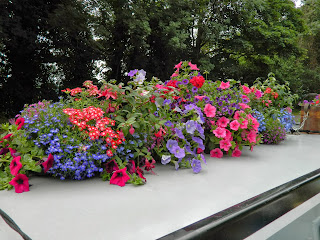 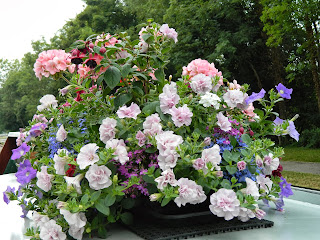 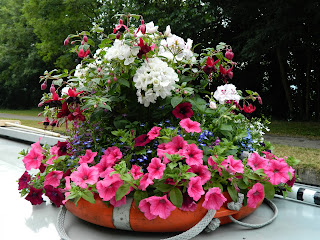 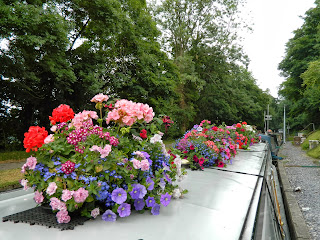 It's been six months since my last blog.  Doesn't time fly?  I didn't intend to stop blogging when we returned to our mooring in Fron after our winter cruising, but so much happened in the first couple of weeks, I didn't know where to start .... so I didn't.  It's so difficult to try and catch up, I ended up not blogging at all.  So to everyone who came up the Llangollen this summer and scolded me for not blogging, also to those who texed - sorry ! and off we go again......!

Couldn't think of a better place to start than the Stourbridge Open Weekend we've just returned from.  It's the first time in 21 years that Dave hasn't attended with a boat.  I've got a contract to work until the end of November, we didn't want to miss it, so the only thing to do was to go to Stourbridge by train & stay B&B.  Not the same at all not having a boat there, but at least we went, and managed to catch up with friends, and re-acquaint ourselves with Dave's favourite beer, Bathams, at the Royal Exchange. 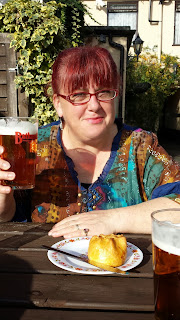 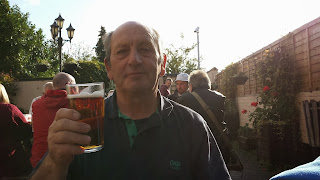 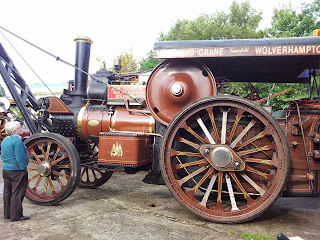 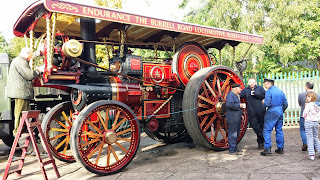 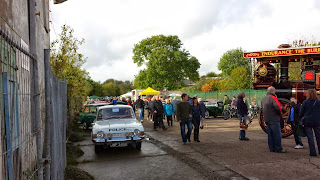 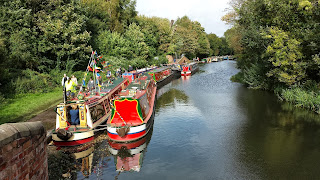 Not as many boats as usual, but still a great atmosphere. 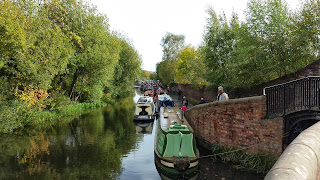 This was the quiet Sunday morning,
﻿
﻿ 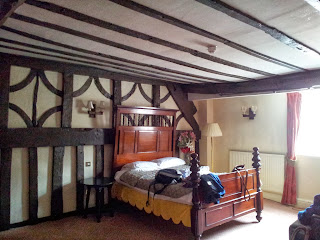 After a failing to find a B&B in Stourbridge, we opted to stay at the Talbot Hotel in the middle of the town, which proved to be rather reasonable - when booking through bookings.com.  This is a picture of our "feature" room, rather grand don't you think! 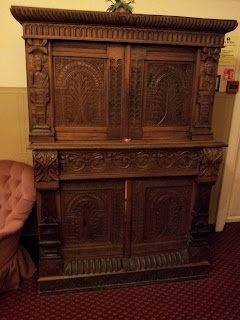 The hotel itself was crammed full of beautiful antique furniture and original features.  Unfortunately the hotel was in need of a little TLC.  There were magnificent panelled rooms which were just unused, all laid up with no one to see them.  Such a pity.  Mind you, the staircase seemed to be even more wonky after a couple of pints of Bathams for some reason. 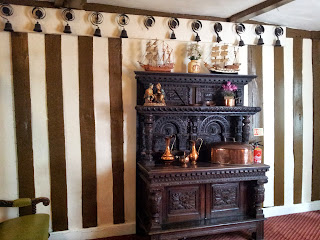 So, that's me back in the blogging saddle again.  Just hope I can keep it up this time!
Posted by Sue Hunter at 17:39 1 comment:

Newer Posts Older Posts Home
Subscribe to: Posts (Atom)
Ramblings and observations designed to keep friends and family up to date with our cruising.