Hello all, after a summer of Sue working hard for Jones the Boats, at Trevor, we are off, on our winter excursion 2016, and into 2017.
We have 4 planned places to be, Stourbridge in October for the rally, Stoke Golding in November for our BSS (MOT), Birmingham in December, and February, for music concerts.
Cruising started on October the 3rd.

Off  we go, leaving The Fron ! 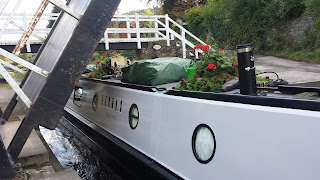 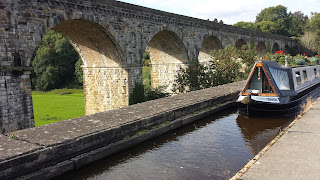 After trying out the newly refurbished Jack Mytton , and a night in Ellesmere to visit The White Hart, we arranged a meet up with great friends Richard , and Andrew at Grindley Brook. 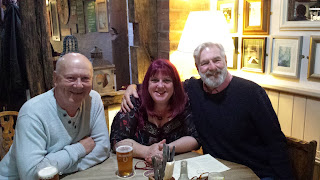 A great night in The Horse and Jockey, with smiley faces, followed the next morning on Carpe Diem, for cracking bacon butties. 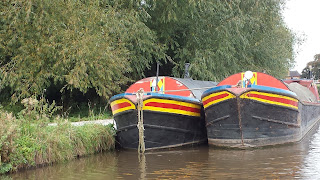 Further down the Welsh Canal we passed the working pair Mountbatten and Jellicoe, sadly no longer delivering coal and diesel. Best wishes to Jon, Hannah, and, baby Trixie. 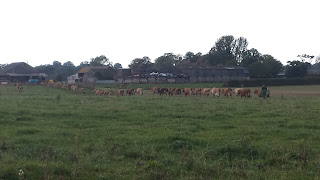 On the Shroppie, we passed this herd on the way to milking, well behaved. 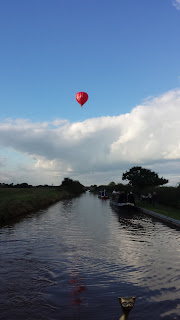 As we passed The Secret Bunker this balloon appeared, they drifted off
towards Wales, perhaps heading for Llangollen? 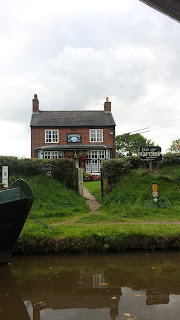 The famous Anchor pub at High Offley, wrong hours when we passed, so my next pub of choice, was The Royal Oak at Church Eaton, still open now, but for how much longer? 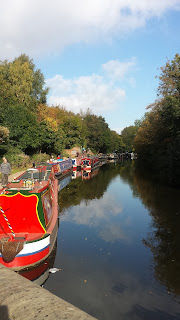 The open weekend at The Bonded Warehouse in Stourbridge, has a gathering of boats, stationary engines, vintage transport, and classic cars. It's our normal first port of call on our winter cruises. 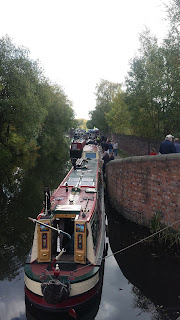 Martin and Di's boat Uisce Beatha, they travel down each year from Leek. 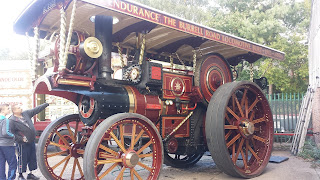 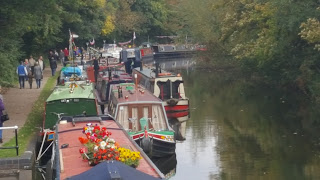 The boats at the end furthest away from the Warehouse, there were about 80 this year. 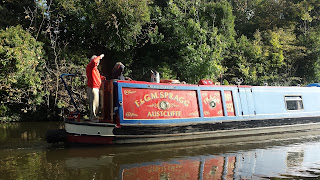 Our friends Frank and Gillian on their boat Fragil. Is that an authorised RN salute? 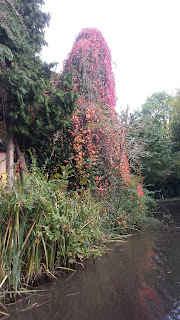 After the weekend, we went out into the country for a few days, so that Nemo could get off Beefur for longer than 5 minutes, without a dog or cyclist hurrying him back through the cat flap. We passed this magnificent shrouded tree on the outskirts of the town. 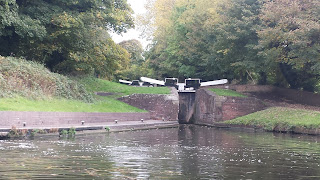 At the bottom of the Stourton Locks we turned right and had a few days beside The Gothersley Roundhouse, and than met up again with Fragil, at what they call "the unit" ( mobile home) at a lovely spot right beside the canal, we then cruised together for a few days to Stourport. 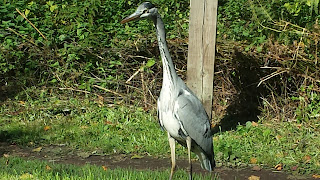 This heron stayed perfectly still as we passed him, and then caught a fish. I missed that photo. 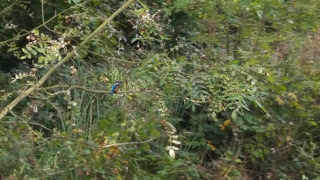 Another fisherman hiding in the trees. 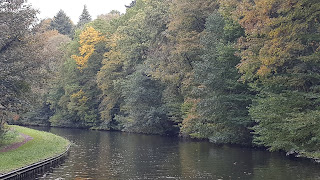 We were very lucky with the weather during October, and the trees really were colourful. 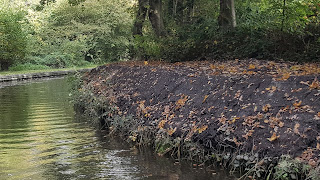 This photo was included to show that Land and Water are doing a good job dredging the Staffs and Worcs. canal. 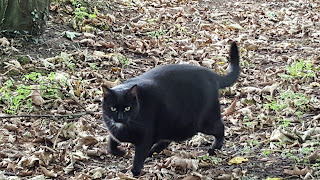 Here is Nemo, out patrolling the towpath, this is at the end of month 1 of the big diet. More or Less later. 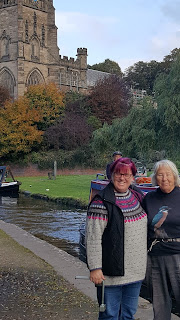 On our way to Stourport we passed through Kidderminster, below the church at the lock,  Sue and Gillian prepare to lower Frank ( loitering) down onto the next level.

I have started the blog again (Dave), in the hope that Sue will take it up again soon! So I'm just getting to grips with all the technicalities of writing a blog.

Hopefully our next Blog will not be so delayed.
Posted by Sue Hunter at 13:59 No comments:

Newer Posts Older Posts Home
Subscribe to: Posts (Atom)
Ramblings and observations designed to keep friends and family up to date with our cruising.