We bumped into Dennis & Lynn from NB The Higgler at Nell Bridge who have de-bunked from the Llangollen for the forseable future.  After a quick catch up, we agreed to meet for longer on our way back up the Oxford. 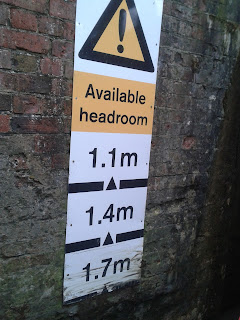 Sign on Nell Bridge, indicating how much head room one has, as we cross the River Cherwell.  Levels are low for this time of year, and coloured indicators read normal (green for go) 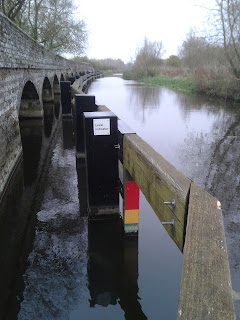 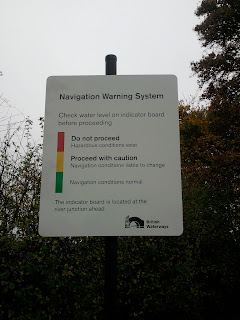 Safely into Aynho wier lock which is diamond shaped. 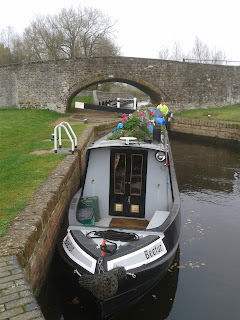 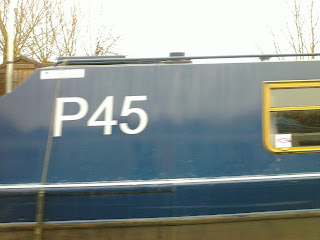 Great name for a boat 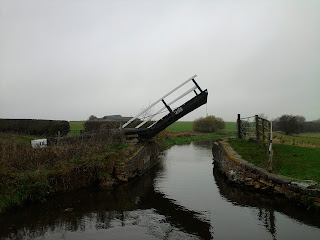 The lift bridges are all left up.  When we were here last, a couple of years ago, they were mostly down.  I got caught out with one:- Dave and I were both single handed.  I was in front on Beefur, and jumped off to raise a lift bridge, taking the centre line with me & dropping it on the ground.  I then proceeded to lift the bridge but once up, there was no way of securing the bridge in the "Up/open" position, no cord to tie down nor a chain to hook into something.  By this time Beefur had drifted under the bridge whilst it was open, so i was now completely stuck.  I couldn't let go of the bridge as it would close, on top of Beefur.  There's not alot of flow on this canal, so Beefur was now just sat under the open bridge.  Eventually Dave turned up and rescued me, boat and bridge! 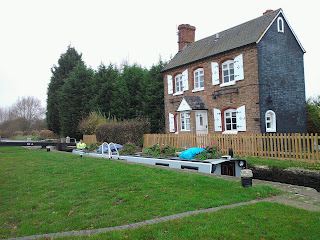 This is Dave's favourite house (not that he does houses), due to it's remote location.  There isn't a road within 1/2 a mile of the place.  Somerton Deep Lock.  Exactly what it says on the tin. 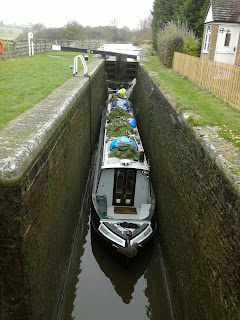 We moored just north of Lower Heyford, rather than alongside the railway line.  Lovely spot, but we couldn't understand why we had flies buzzing round all of a sudden.  Checked the map - yep - we were just below the sewerage works. 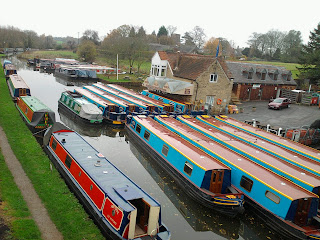 View of Oxfordshire Narrowboats at Lower Heyford, taken from the station bridge.
MUM:  For more photos of Banbury click here to go to Matilda Rose's blog spot
Posted by Sue Hunter at 17:22