Disaster at Cropredy !!!  The Red Lion has closed.  What a great shame, this was a lovely pub which closed down without warning last week.  This resulted in us going to the Brasenose pub instead.  Dave bought our beers - fine - Hooky at £3.20 a pint.  Pricey but ok.  Graham & Gill arrived & bought a pint of brakespear - at £3.70 a pint. G choked & spluttered & complained.  "Not our fault - blame the brewery" was the reply!    I suppose we'll have to get used to southern prices the further down we go.  We've also lost Nick & Suzanne on Midlands Today, it's now BBC Oxford.  Without Shifali in charge of the weather, who knows what's going to happen now. 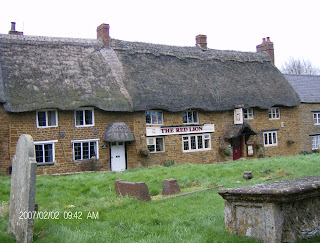 This is the first time Dave and I have come down this canal on one boat, the previous times we've been single handed on two boats.  Bit of a novelty being chauffeur driven.  Major flood alleviation works going on around the M40 here, which has encroached on the lovely isoloated lock cottage at  Bourton, leaving them with a few feet of garden at the back before a whopping great 20 foot bank of earth, obscuring any views they may have had.  The cottage itself remains unoccupied, unsurprisingly. 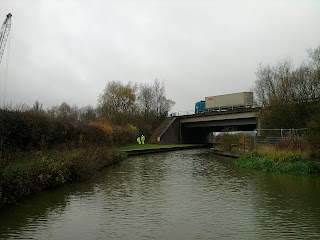 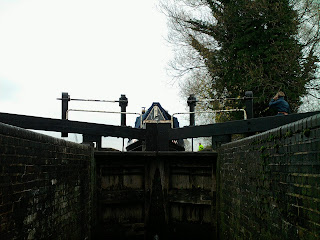 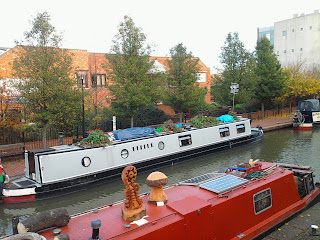 Our mooring, right in the town centre.  Nemo had a bit of a shock last night - he was chased back into the boat at 11pm, by what I assumed was a dog, I stuck my head out of the side hatch, to find a fox standing by the back of the boat.  I don't know who's tail was fluffier - the fox's or Nemo's.  He didn't venture very far after that! 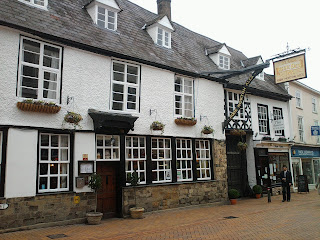