It was all very festive at the Anchor at High Offley.  It was lovely to catch up with 'Mal of the Canal', who we have known for many many years.  We did tell him that we didn't think that the lock gates had been painted, or the undergrowth cut back on the off side since he stopped working for BW over 5 years ago.  I remember one winter, we returned up the Llangollen over the Christmas period to go to a New Year's Eve party at a friend's house near Whitchurch.  As we were cruising along, we saw a figure in a white vest, hacking at the overgrown hedge for all he was worth.  The temperature was well below zero, and we were wrapped up like eskimos on the back of the boat.  On seeing this person in the distance, wearing just a vest, Dave and I looked at each other, and said in unison  Malcolm".  It could only have been him, and he did such a wonderful job!
Olive was serving behind the bar in the Anchor, as always, and she was looking very well.  She will be celebrating her 80th birthday early next year. 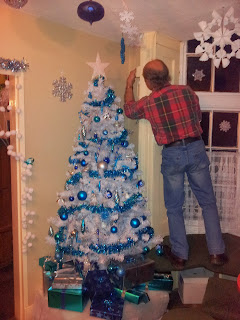 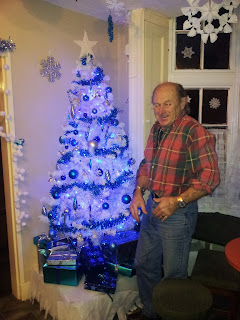 Blimey - he looks quite evil there! 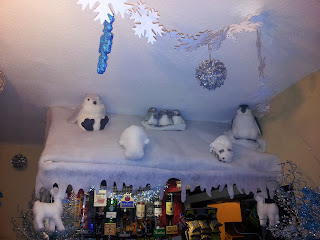 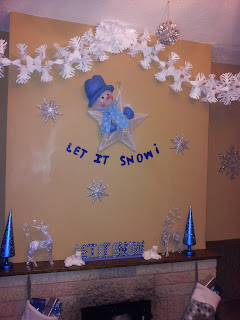 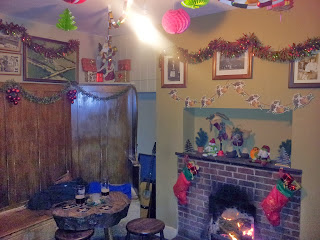 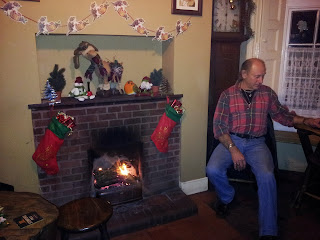 I put this picture on Facebook, with the tag 'thankfully he didn't sing'.
Now this may be taken out of context by people who don't know me, so I'll explain...
I work each summer in the visitor information centre for the Pontcysyllte Aqueduct at Trevor Basin on the Llangollen Canal.  Part of the 'exhibits' in this information centre, is a video lasting 30 minutes, on a continuous loop detailing 10 no three minute stories of people telling their tale of the canal and what it means to them.  Two of the ten videos contain Malcolm singing:- 1. "I'm Mal of the Canal, and I've worked like hell, for not much pay, but I've kept quite well....." and 2. Rosie.  "You boatmen come sit and listen, to a story I tell quite well....." So, after 7 months of this same video playing on a loop 8 hours a day, I think I can safely say that I've heard enough of Mal of the Canal for one year - no offence Malcolm! (he knows anyway & apologises whenever I see him).