Birds along the way

We've seen a wonderful array of birds over the last few days, although I only managed to photograph a small number of them! 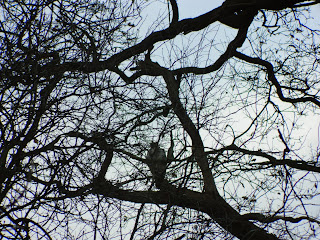 Buzzard, hiding in the tree 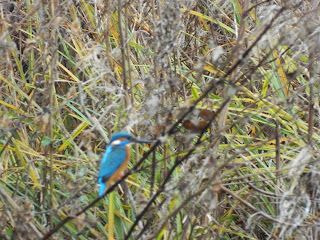 At last!  I managed to photograph a kingfisher, well, these are the only shots in which you can see what it is - the other 100 or so are of a blurred blue blob. 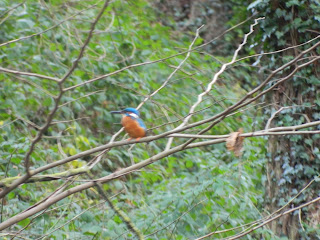 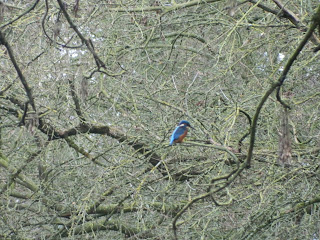 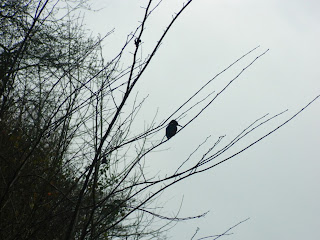 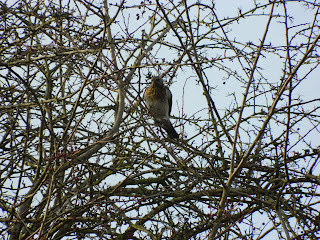 This is a field fare, one of a large gang, which also contained some red wings, which usually means there's some cold weather on the way. Gulp. 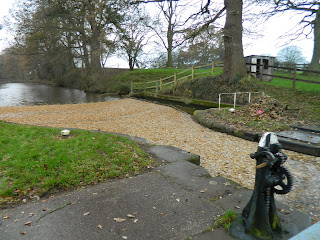 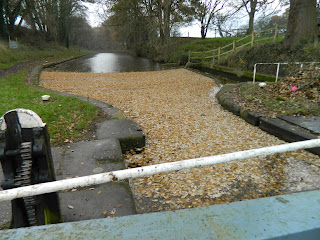 This is a pic of Audlem top lock.  Getting through all these leaves is very slow work.  As no one has gone up Audlem for the last couple of weeks, it's leaf sludge around here! Starlings - hundreds of them (again - sorry for the rubbish shot, but you get the idea!) 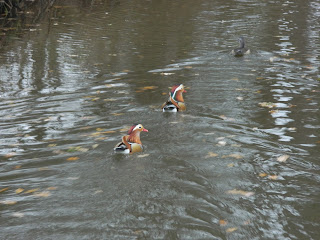 Ah, the mandarins of Market Drayton.  They've moved to the bottom of Tyrley locks, and as you can see - the two males have now found a female (the grey blob in front)
From birds to cats....... 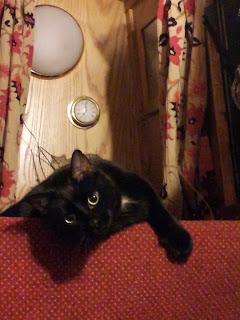 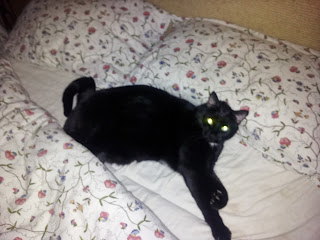 We thought we'd lost him at one point - or left him behind - but no, a lump in the bed revealed that he's gone to bed, under the douvet.  Thanks. 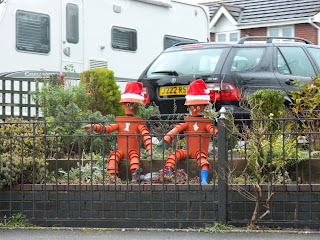 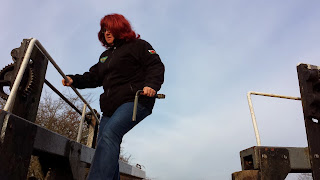 No idea why I've included this, but Dave thought it worthy - me jumping lock gates.
Posted by Sue Hunter at 22:27