Sharing the locks at Penkridge

We found ourselves sharing locks at Penkridge.  Two swans were hovering at the bottom gates of the first lock, and promptly entered it when I opened the bottom gates to go up.  We ascended slowly, not knowing how they would react to a sudden influx of water.  It became apparent that they knew exactly what they were doing.  They exited the lock when I opened the gate, and waited for us to arrive at the next lock, by which time, I had got the camera ready...... 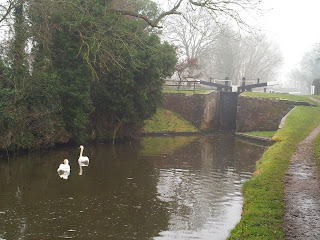 Swans waiting for me to open the gates at the second lock.... 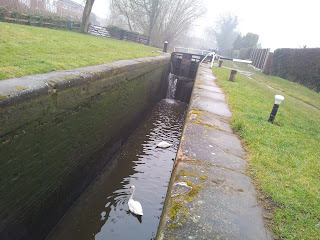 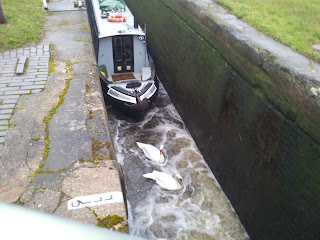 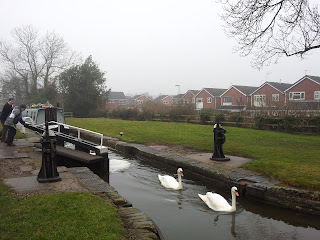 and out.  Thank you for the lift! 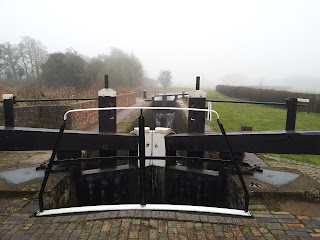 The hand rails have been replaced at Rodbaston Lock,
which are a lot better than the temporary ones here this time last year... 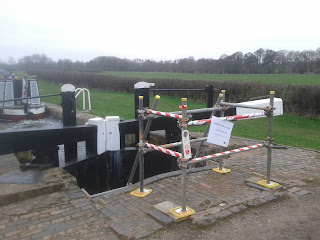 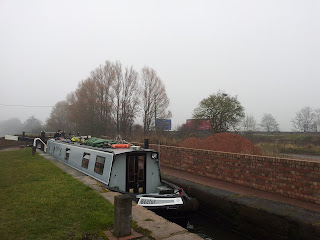 This lock is right next to the M6.  After being away from motorways for so long, you forget how noisy they are.  It was deafening. 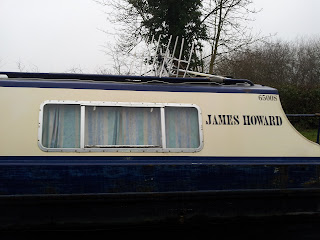 Another pic for Mike & Hazel 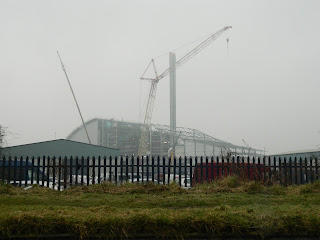 This rubbish photo is of the massive construction of the new £160m Staffordshire Energy Recovery Facility, being built at Four Ashes Industricl Estate, Calf Heath.  The chimney stacks are 80m tall, with red lights at the top, although you just can't get the scale of it from this pic.  You can also see it from the Shroppie, on the mile straight before you get to Brewood. 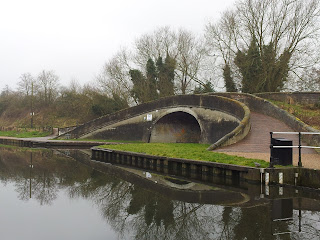 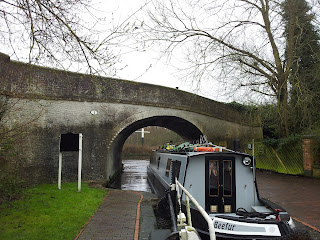 Into the stop lock at Autherley Junction.
We knew that the elsan point had been removed here, but we didn't know that the water tap had also gone.  Never mind, we'll just have to make the water last a bit longer & we've always got an emergency 20L in a container.
We decided to call it a day at the "3mile mark" as we call it before Brewood - a straight mile, with not one boat moored there, which is unusual.  However, as soon as we moored, you guessed it, a boat moored right behind us.  Safety in numbers?  Unfortunately he had a very noisy loose dog running up and down the towpath.  Nemo was not impressed at being chased.
As it was Dave's birthday, we decided to stop in Brewood, as there was plenty of room at the 48hr moorings (which was nice), go for a pint and to have a meal out (well we were rationing water, so I couldn't possible do any washing up!).  We went to the Swan for a pint, and as luck would have it, one of the guest beers was Bathams - Dave's favourite.  Another stroke of luck, there was a table for two available in the Indian restaurant, despite it being Mother's Day, and we had a lovely meal.  Apparently the Admiral Rodney pub has shut and is now a private house.  How the fortunes of pubs has reversed here - the Swan was a rough dive for years, with the A.R. being the pub of choice.  The Swan tarts itself up, serves real ale with a good landlord, then a couple of years later the A.R. closes, and the Swan is choc-a-block, despite it not serving food. 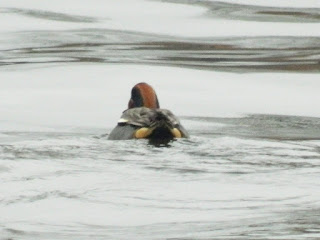 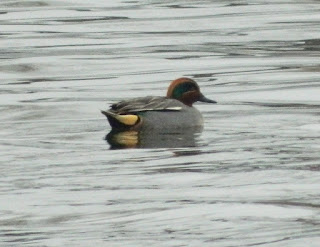