There were loads of boats at Great Haywood, it seems someone fired the starting gun a few days ago, and loads of boats appeared.  Stone was relatively quiet for boats when we arrived, but choc-a-block when we left.  We've seen more boats moving this last week, than we have the whole winter.  The reason for the boats at G.H. was the immenent reopening of Haywood Lock on the Friday.  This lock stoppage wasn't on my radar, as we weren't going that way.  We took the last mooring slot available which was towards the lock,  and we would have to reverse back to the junction the following day.  It turns out we were moored a few boats behind NB Moore2Life and NB No Problem who were waiting for the lock to open. 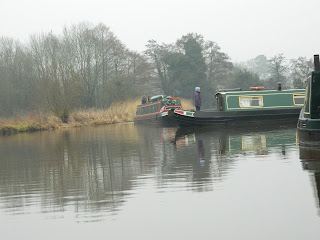 Lock must be open - first boat up, turning onto the Staffs & Worc canal, just as a boat emerges from under the bridge.  No movement for weeks, then all of a sudden, boats everywhere! 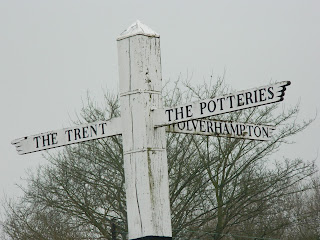 We take the turn to the right, towards Wolverhampton, heading south for now. 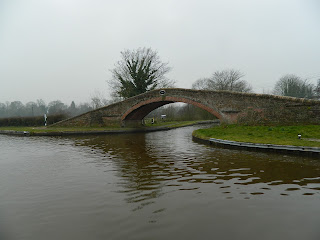 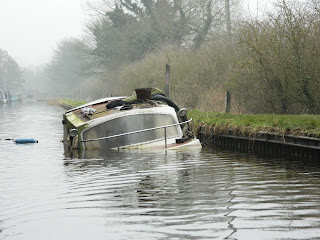 Sunken boat between the junction and the wide 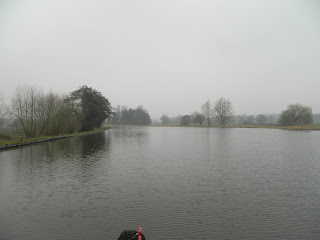 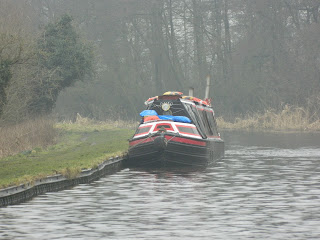 Hello, who's this hiding round the corner?  I recognise that boat! 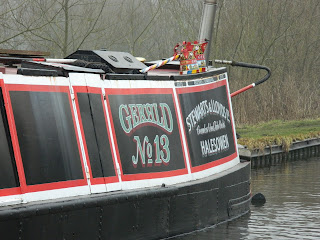 It was Roy with NB Gerald, with his fancy new cratch, which took rather alot longer to build than he anticipated!  We meet up with him each year at Stourbridge for the rally, and usually bump into him again somewhere over the winter months. So we 'hovered' and had a nice chat.  He's on his way to London.  Ooo. 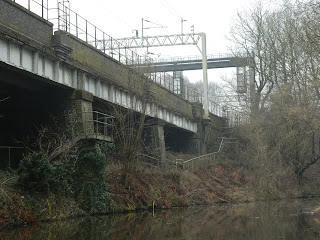 The railway line runs precariously close to the canal at Milford,
with trains belting through every few minutes. 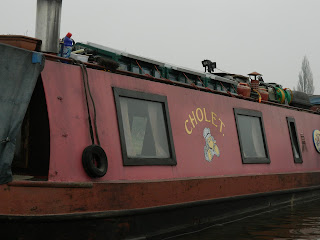 Ah, boats getting more familiar the closer to home we get. 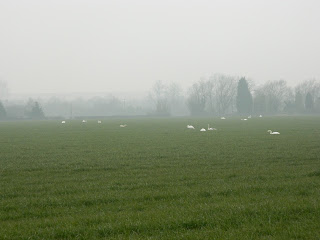 Not so easy to see as it was so foggy, but this was a field full of swans.  36 of them.
More pics tomorrow.
Posted by Sue Hunter at 13:00