Banbury - back in the land of the phone signal

We haven't been able to blog for a week or so due to lack of phone signal, hence the bundle of blogs.  We're moored outside Banbury, between the lift bridges for a couple of days, still with Matilda Rose  Far enough to be away from the town, but still close enough for Dave to walk back and visit The Olde Raindeer.  This sign is one of the reasons (apart from the beer) Dave loves this pub.... 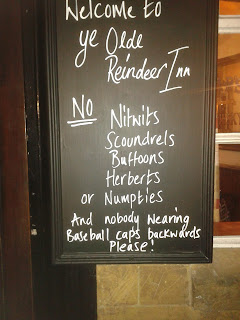 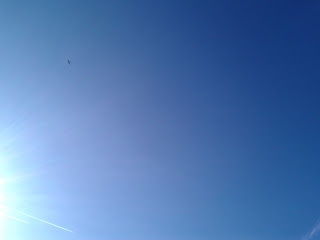 We had a lovely couple of days cruising, and the weather was again fantastic.  These two pics are of a red kite at Somerton Deep Lock.  Oh yes they are.  You can just make out the speck.  Christmas is coming, and we will get a camera rather than relying on mobile phone pics. 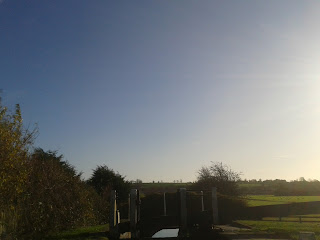 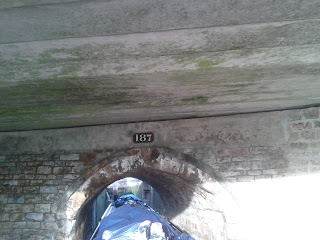 We got under Nell bridge without any problems as the water level is so low.  There was rain forecast, but I doubt it would make much difference, but we weren't taking any chances.

Nemo has been to the vets for his annual vaccinations, which involved a short taxi ride.  He did not make one sound during the whole time, and has slept ever since.  That's him sorted for 12 months (fingers crossed).

We have ditched the flowers as the frost saw off the last of the geraniums.  The roof is looking rather bare now, apart from the stack of wood which we have been carting round the country.  We have finally lit the back (2nd) stove - we did hold out till December - so no doubt the stack of logs will now decrease rapidly. 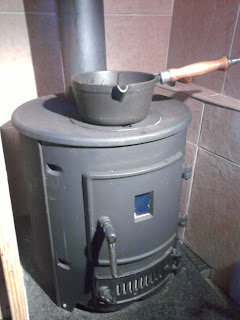 Trouble is - it's now too hot!!  We're just not acclimatised yet, but we'll persevere!
We'll be going through Cropredy in a couple of days, and hoping that The Red Lion has solved any problems and has now re-opened for business - but I doubt it.  We've also heard that another of our favourite pubs has closed - the Two Boats at Long Itchington, which is a great shame after the efforts the landlord Chris has put in over the last two years, but like he says, £1200 per week rent is just not possible during the winter months, so he's closed the doors.  Another greedy brewery to blame.