With all the winter stoppages 'on hold' over the Christmas two weeks, we made the decision to go and see Paul (best man), and catch up with friends in Stone. We set off from Penkridge breaking ice as we went, it was quite thick in places, but the temperature was warming, so we figured that it could only get better.  We stopped at the services to do the necessary, but had to de-ice the water tap first.  While we were waiting, a boat came past us - horah!  Turns out they were heading to Stone and 'had to get there as they were booked in for blacking'  Fantastic!  We'll follow you then!  We followed them as far as Great Haywood, and decided to call it a day.  Even with the boat in front carving a path through the ice, it made for heavy going.  It's just as well they did keep going after Great Haywood, as the next day we were well and truly stuck in the ice.  I don't know if they did make it to Stone for blacking before they were iced in - but I doubt that they did.

We had several attempts to move, but retreated back.  On the third day (New Years Eve) our luck was in (so we thought) when a boat came past us, heading for Stone, smashing his way through the ice.  So we took our chance and followed.  Unfortunately for us, he turned into the marina!  So we were left to smash our way through the ice towards Hoo Mill lock.  We didn't get very far, and came to a grinding halt, on a bend after only a few yards.  The bloke on the boat who had turned into the marina was also stuck, he just cleared the entrance to the marina, but the ice was too thick for him to get to his mooring.  We then turned in the entrance of the marina, and again retreated to our mooring spot in Great Haywood.  So, we never did get to Stone.  We had a pint early doors in the Clifford Arms, then turned round and retraced our route back to Penkridge.  It wasn't too bad though - we had a delicious game pie for dinner, with a bottle of Chateauneuf Du Pape. 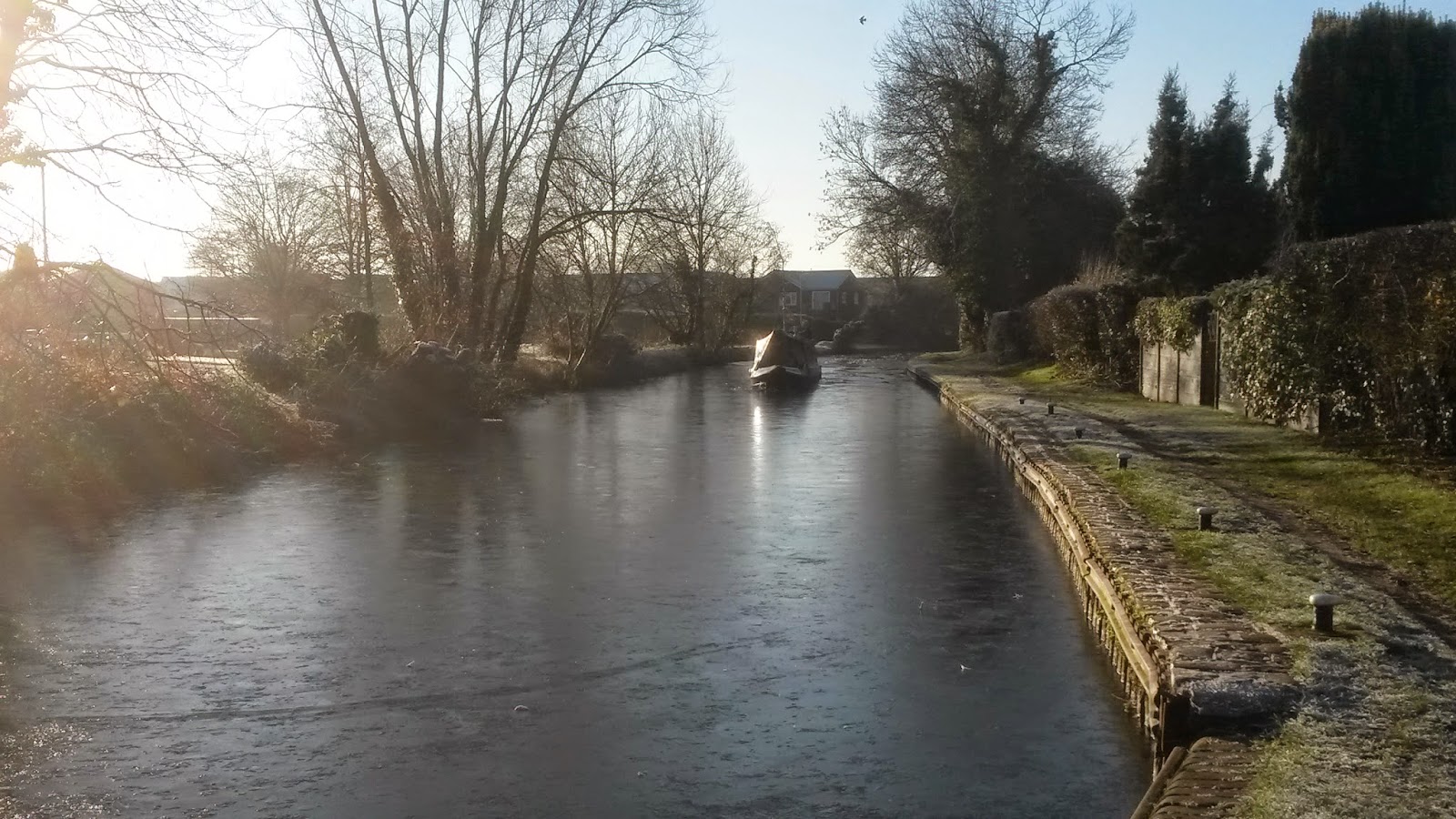 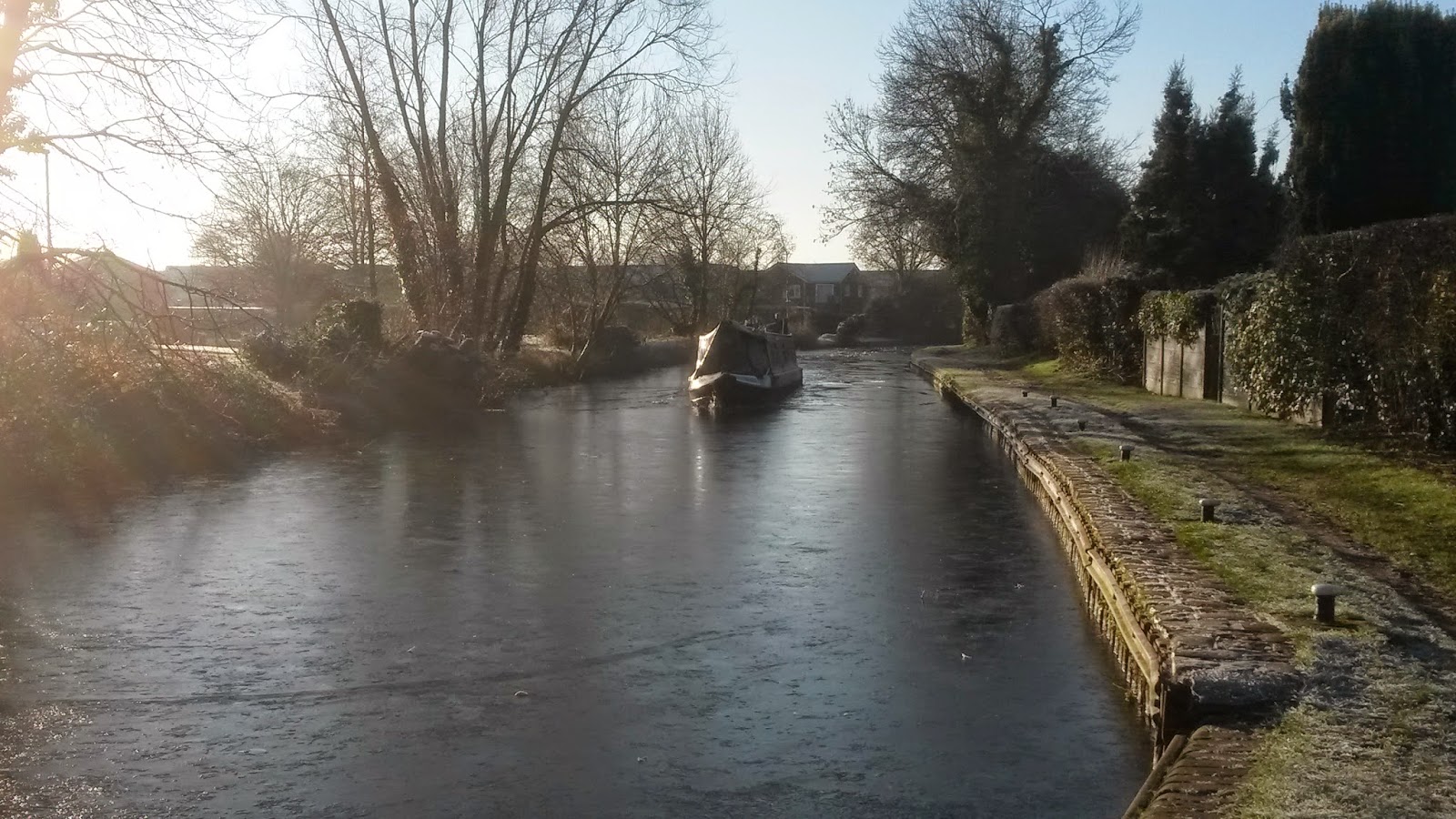 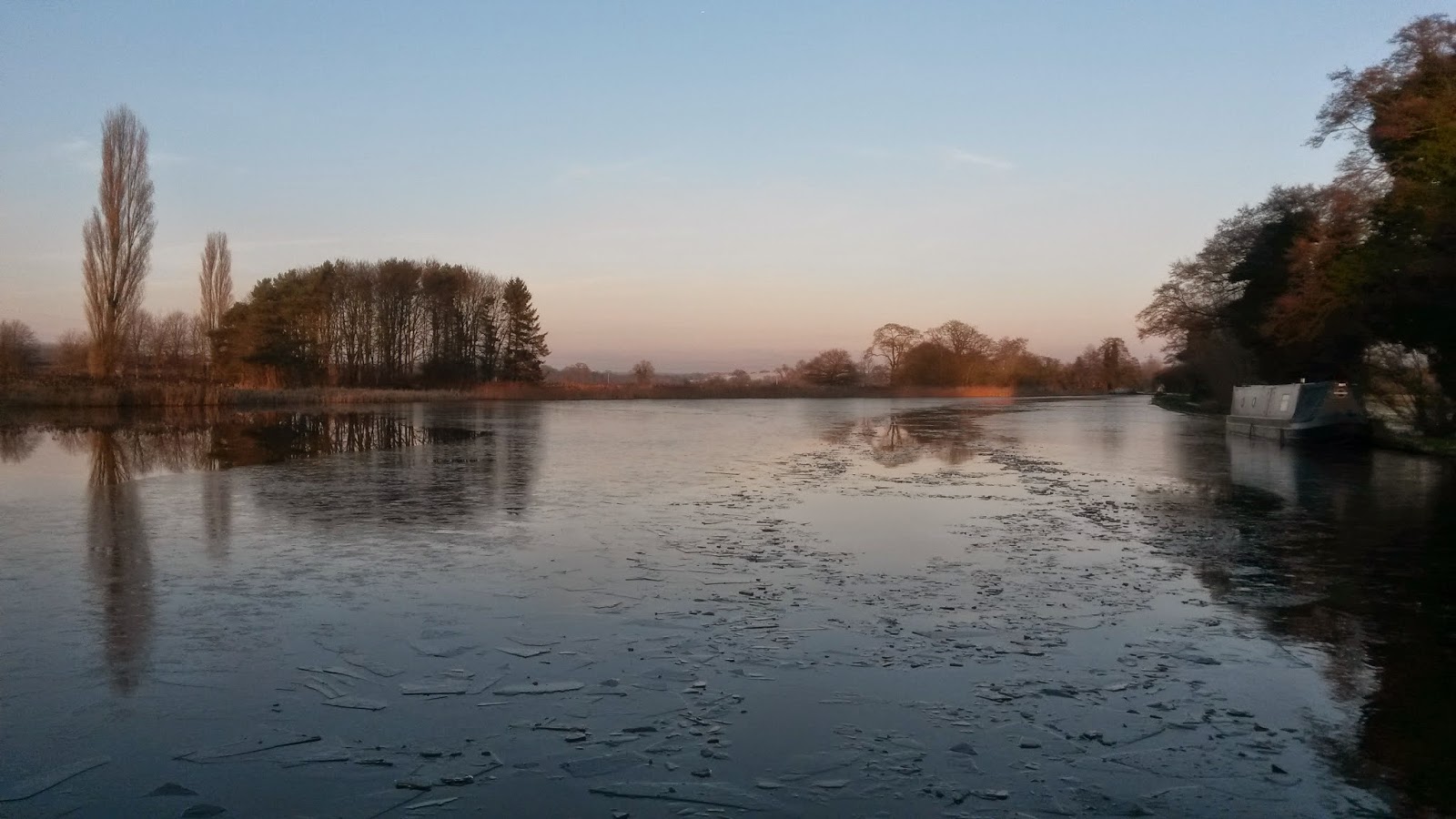 Keep to the unbroken bits!   Tixall.

We had studied the stoppages again a few days before, and decided not to head south onto the Oxford canal, and to stay north and west of Birmingham, so we could get into the city in early February as we've got tickets for the Transatlantic Sessions in the Symphony Hall.  So for the next couple of months, we will be mostly cruising the Shroppie, and the Staffs & Worcester.   First stop Wheaton Aston and Turner's for some cheap fuel!