We left the boat in Penkridge for a couple of days over Christmas - which was the main reason I didn't want to blog at that time - I didn't want to advertise the fact that the boat was unoccupied.  We had planned to get the train from Penkridge, and to get a taxi to take Nemo to a cattery not far away.  However, after wrapping up the christmas presents, they took up a suitcase on their own, so that idea was scrapped and we got a hire car instead.  This meant that we could keep Mum busy by taking a load of bedding to be washed. (She was thrilled).  Now we had the hire car (delivered to the Cross Keys car park), Dave ordered a polypin of Stonehouse Sunlander for his delectation over the next few days, which we picked up in Oswestry on the way.  Although there were a few people drinking it, we still had some left, so brought it back to the boat.  Having the car in Chirk also allowed us to go and visit friends - which included Jeanette and Allen in the Butchers Wern, as it was Allen's 50th birthday - ha!  join the club!  Dave also met up with Dai for a pint in the Aki (Aqueduct).  Rick and Hazel had by this pint, ran away to a cabin in the woods for Christmas! 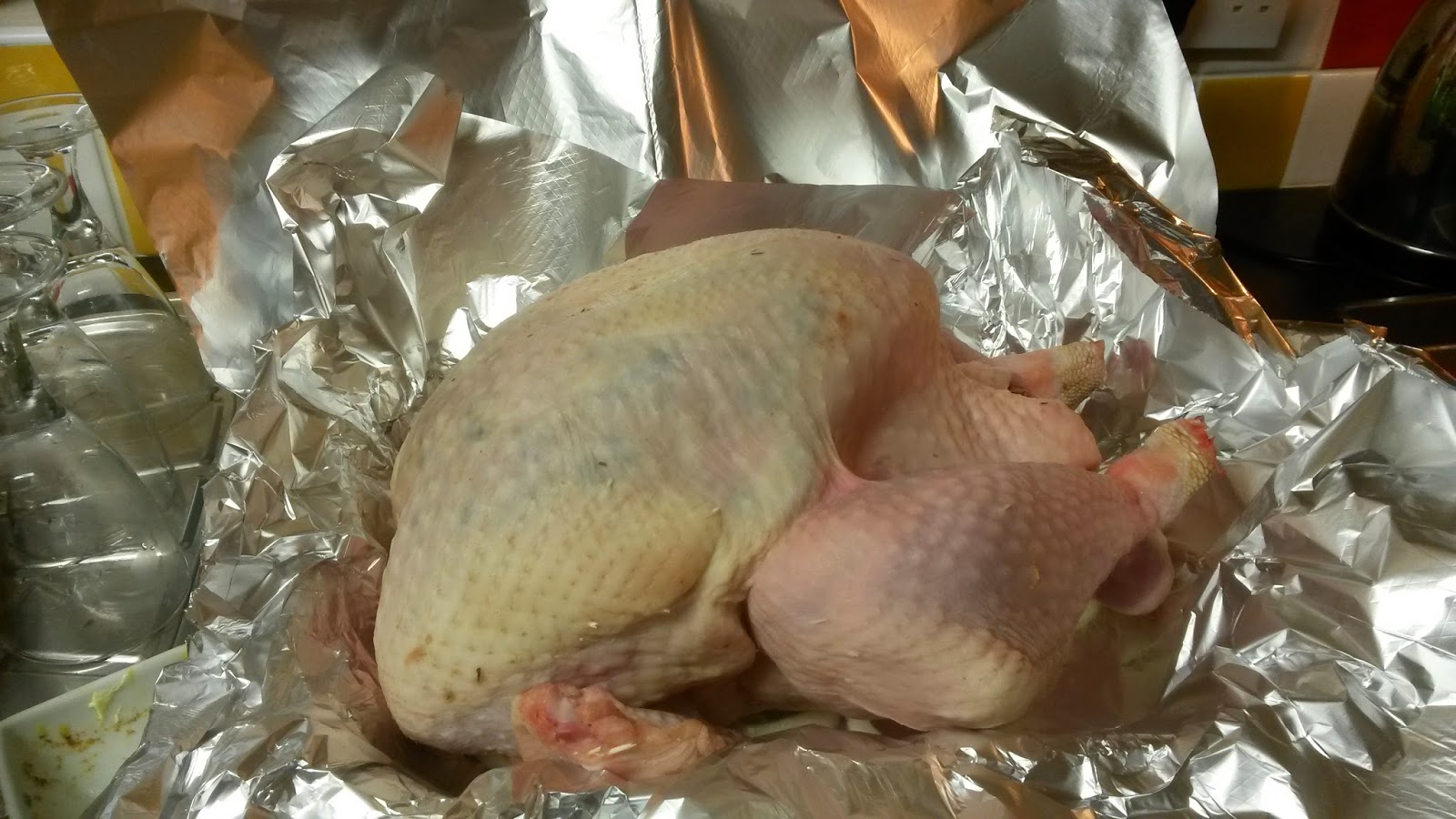 I had this great plan to do 'before' and 'after' pics of the turkey, however, I got too wrapped up in the excitement of the day and forgot to take any more photos till much later.  The prosecco and wine had nothing to do with it! 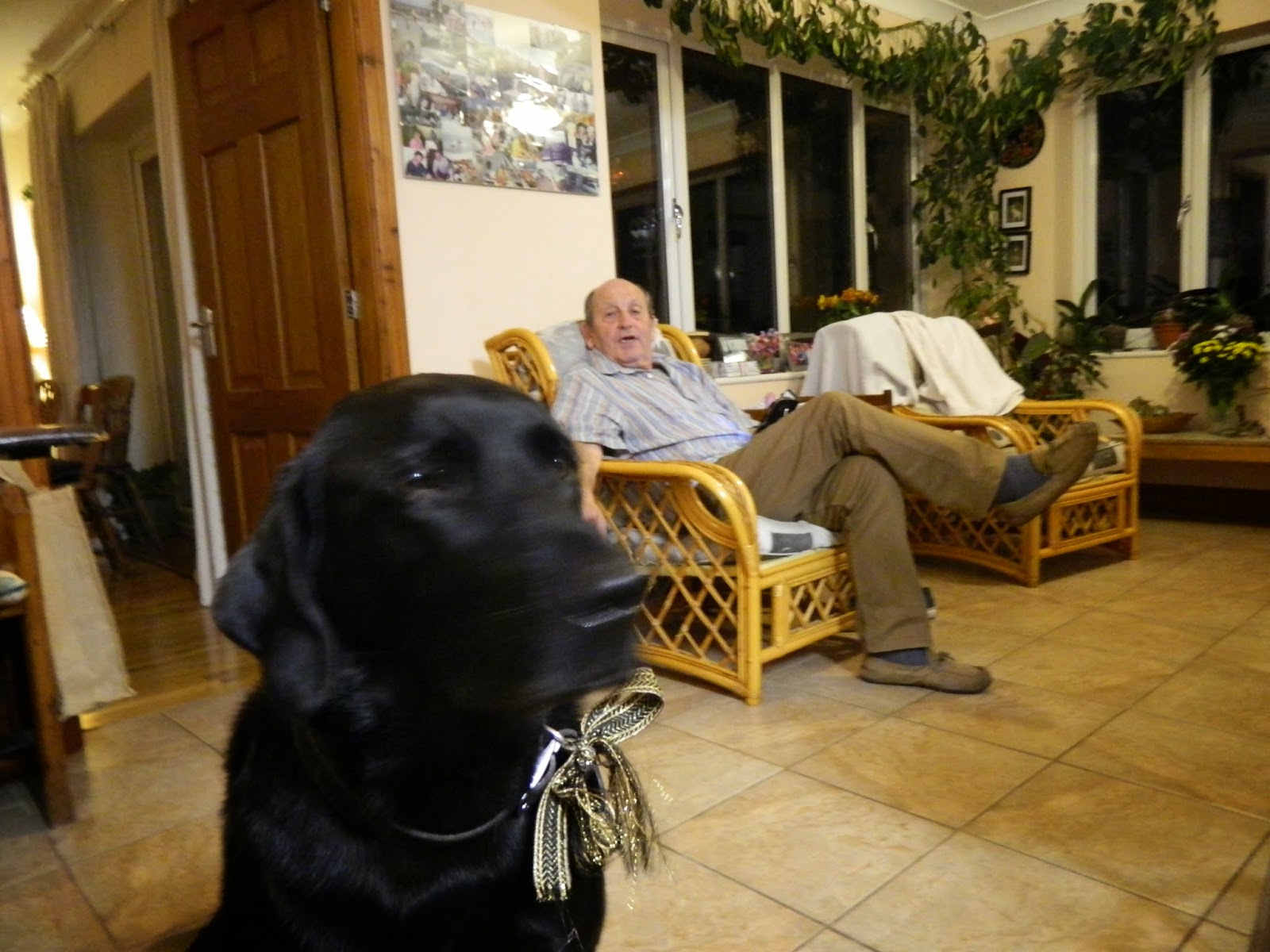 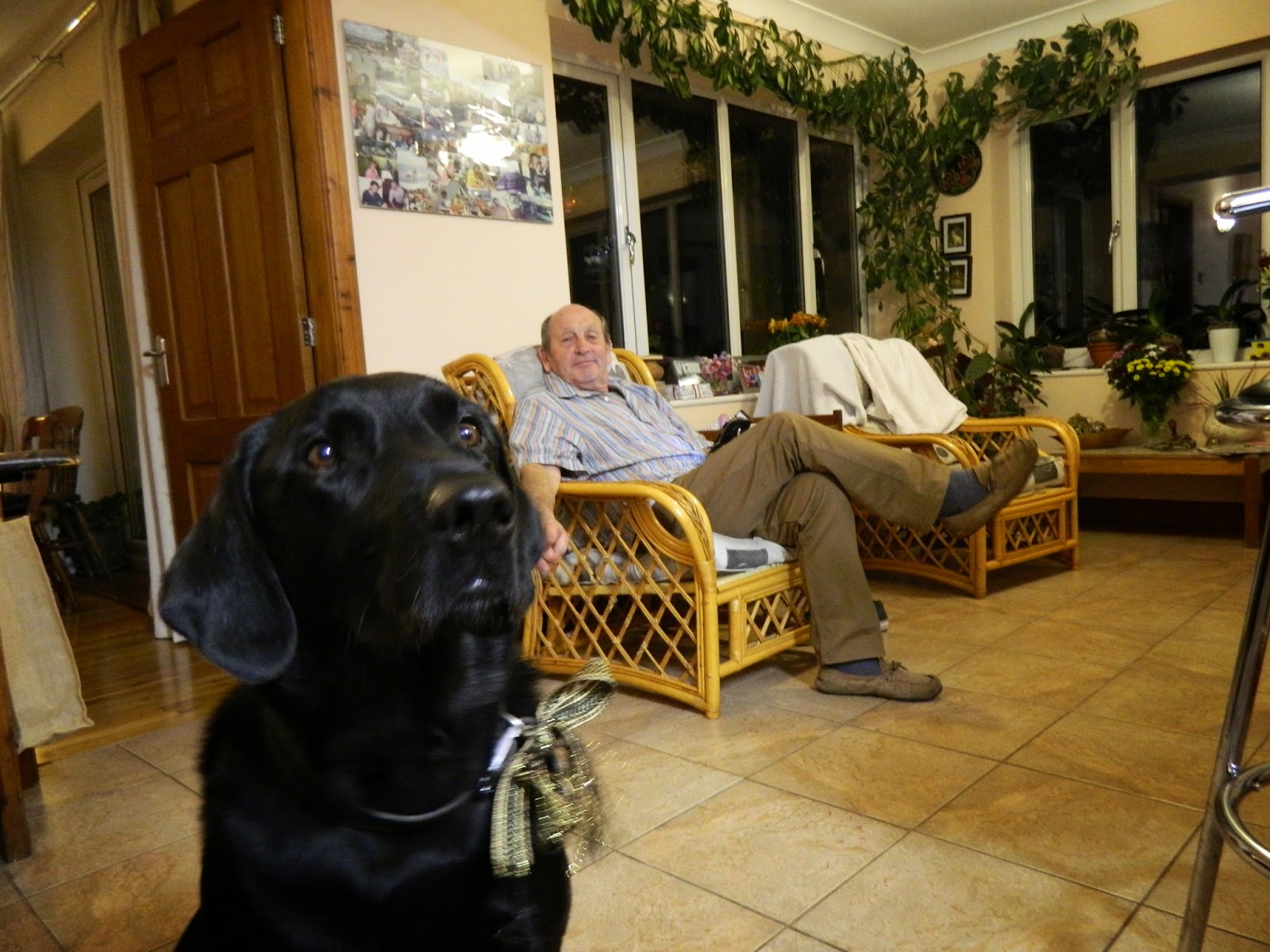 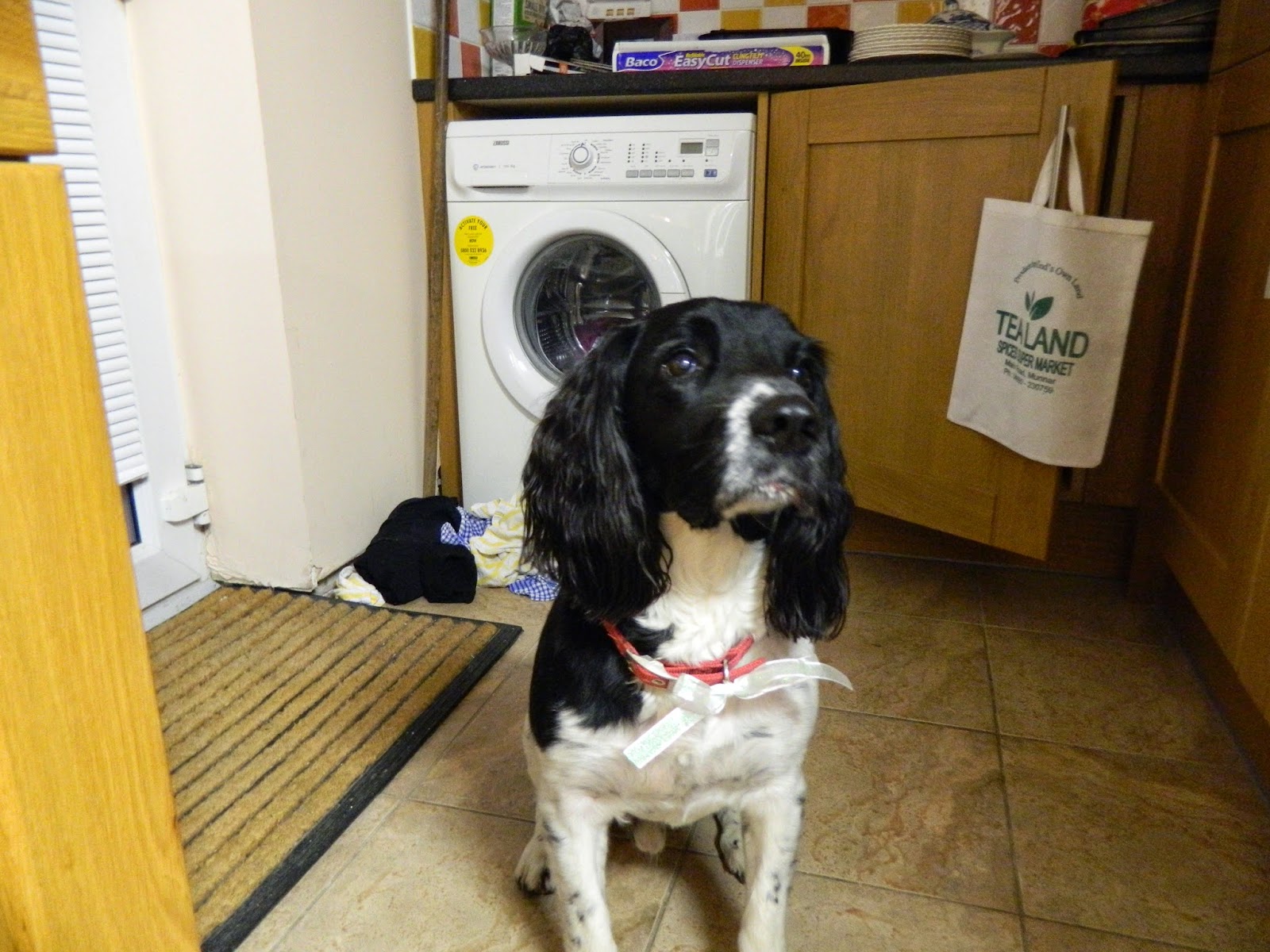 This is George, Bethan's dog.  Funny how they end up at Nan's house. 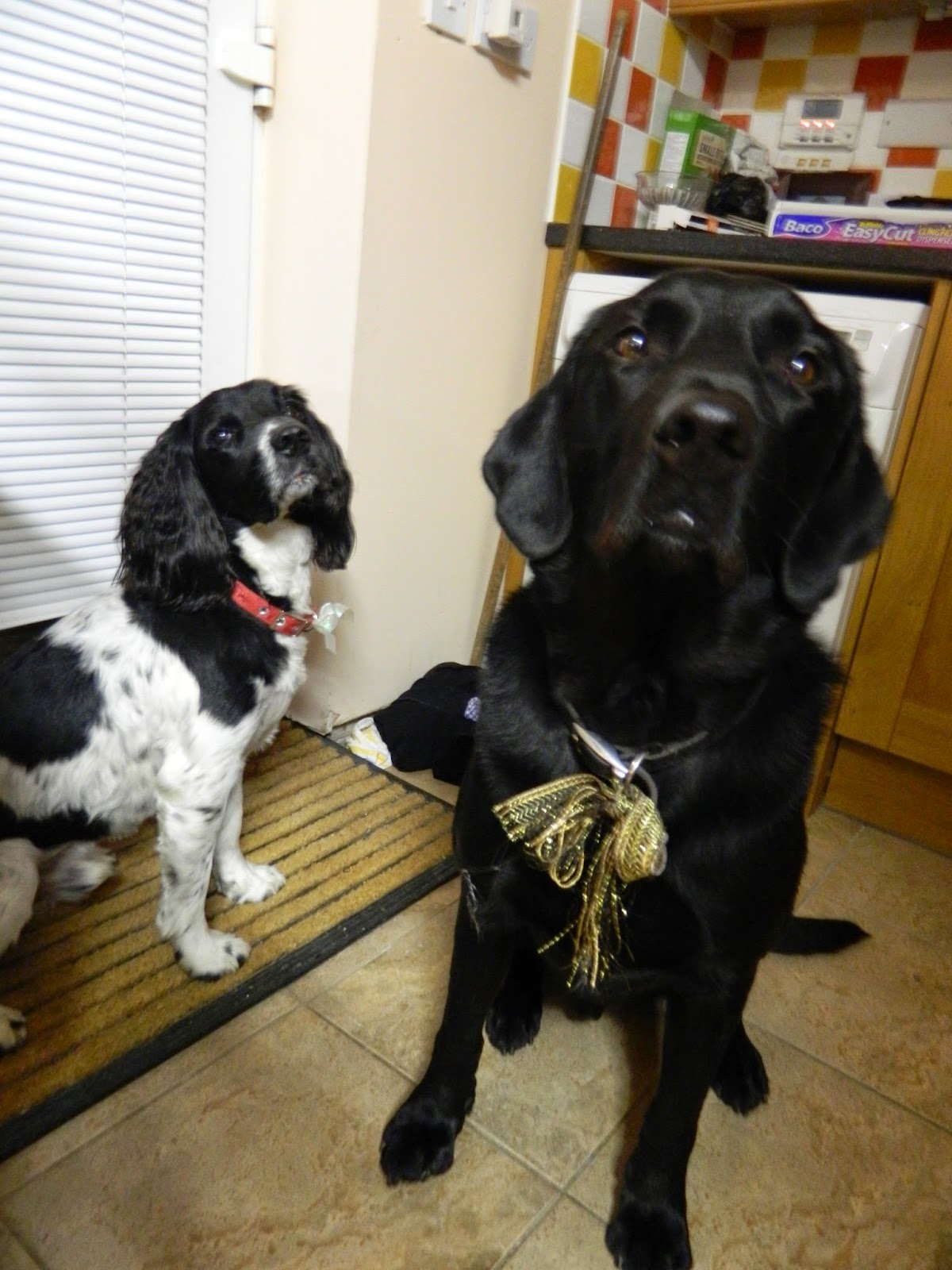 They've both got their Christmas bows on.

Rachel, Bruno and girls didn't exactly have the Christmas they had planned.  Every year they go skiing, unfortunately this year there was no snow.  So they drove half way across France, to discover that the ski lifts were not in operation, no lift passes were even being issued, as there was still no snow, so they had a couple of nights in a b & b, turned round, and headed for Chirk.  Mum had a phone call on 23rd:  "how big is the turkey?"  Very disapointing for them that their holiday was in effect cancelled, but we were delighted to have their company over Christmas.  It's been a very long time since we were all together at this time of year.  So that made it 13 for dinner:  Mum & Tony, Me & Dave, Rachel & Bruno, and their three girls, Rhiannon, Iona and Nia, Bethan, Adrian, Adrian's Mum, and Bethan's son Robert, who had come up from London to spend Christmas dinner with his Nan - what a star! 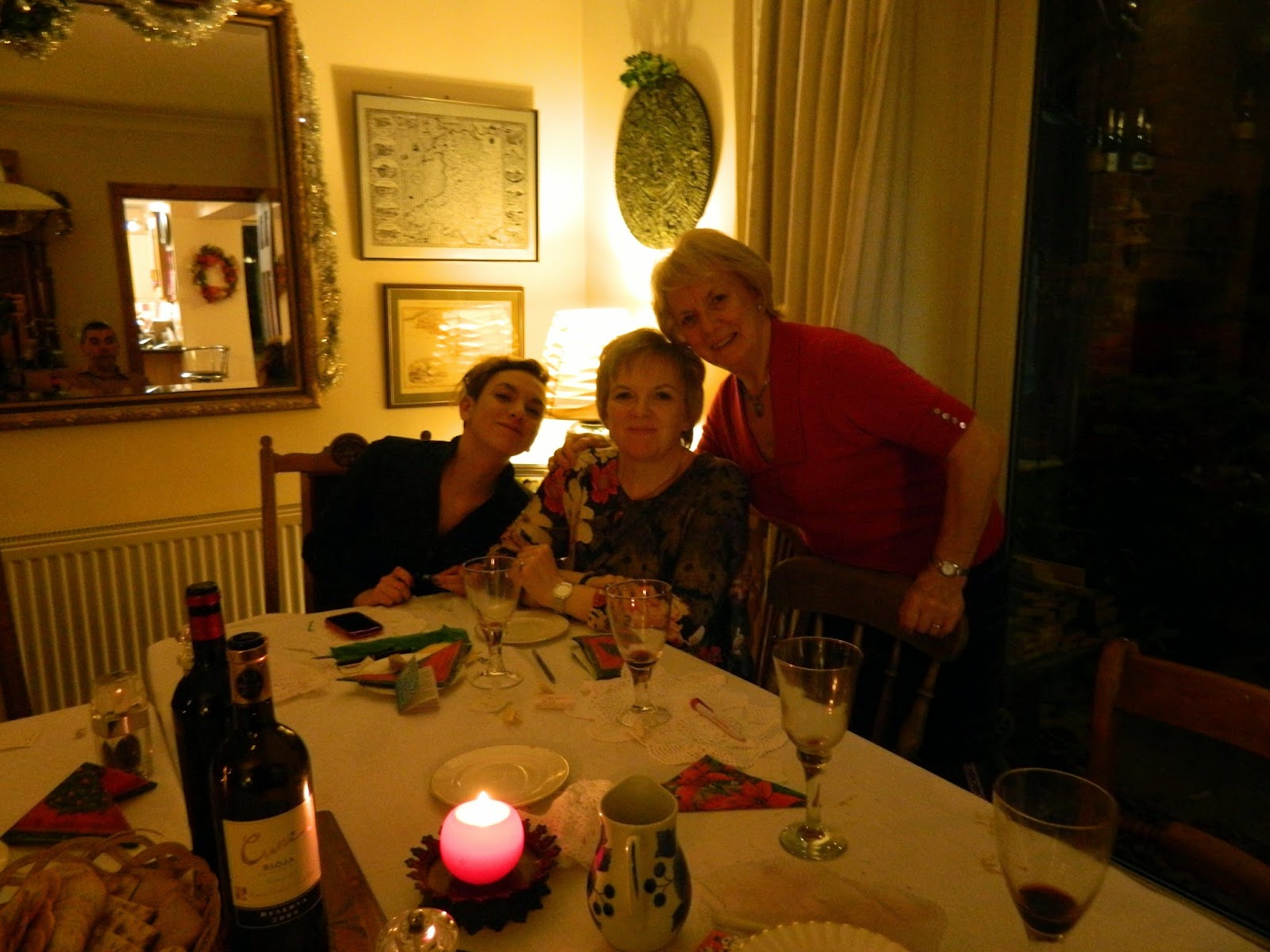 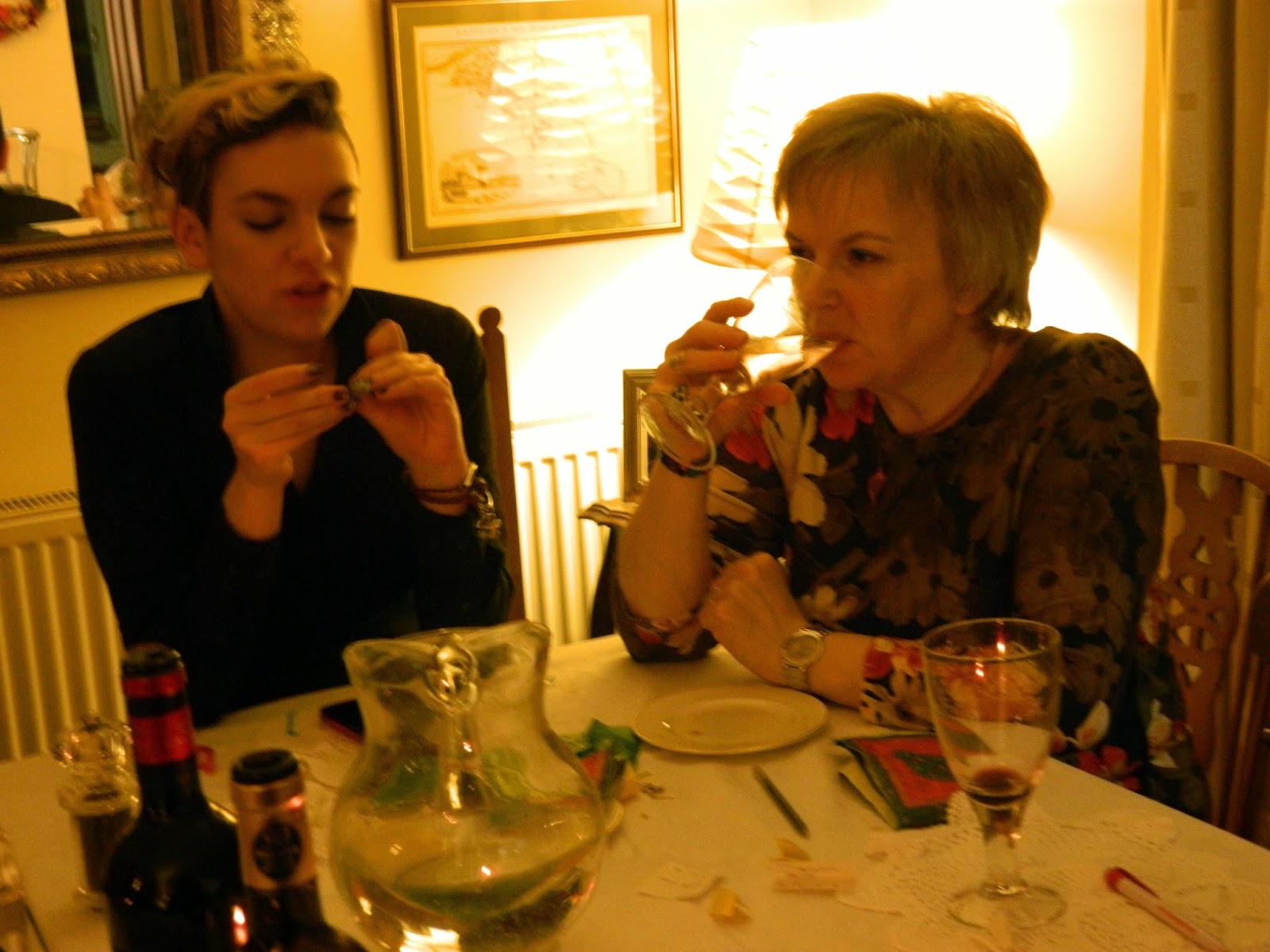 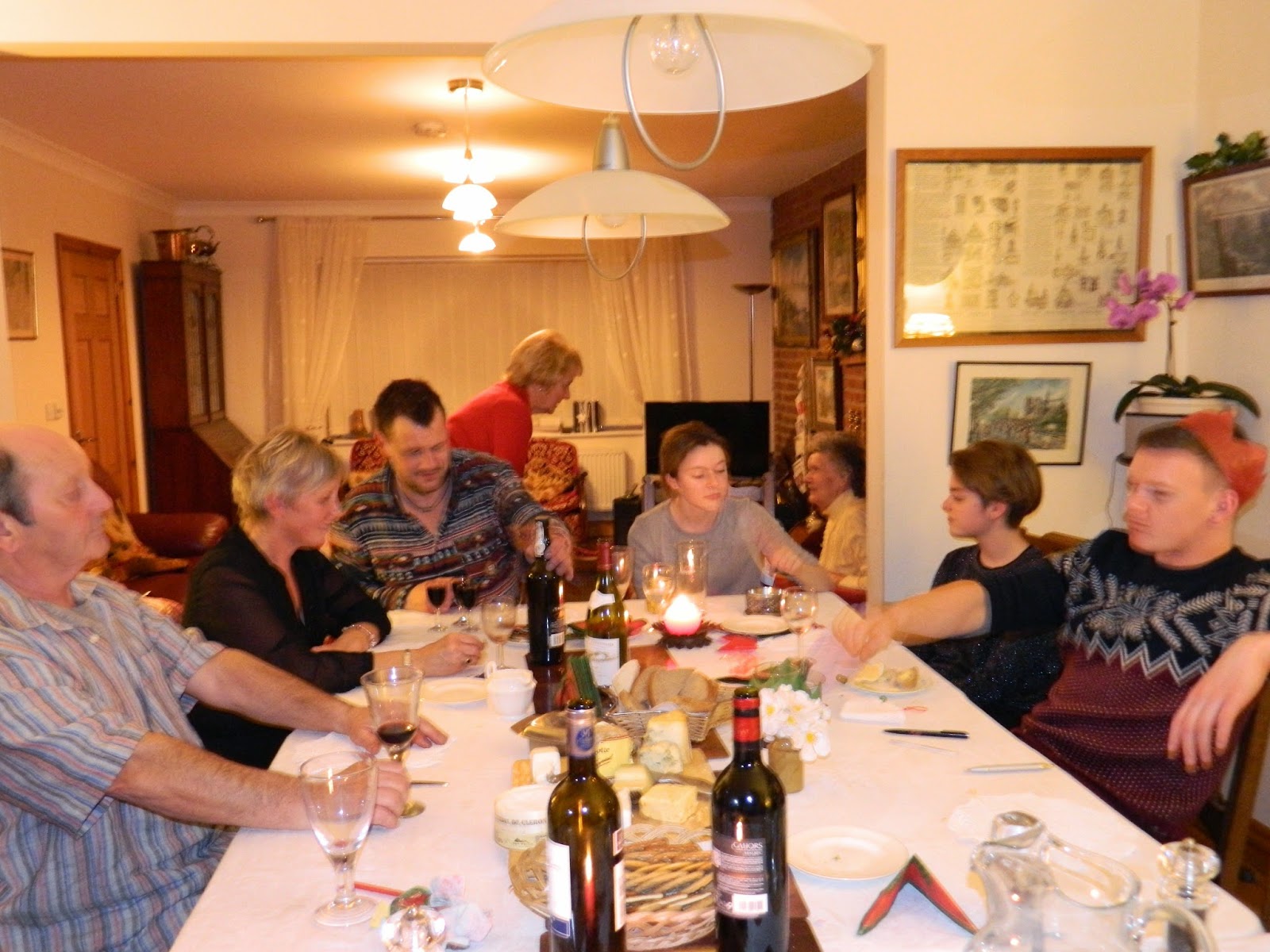 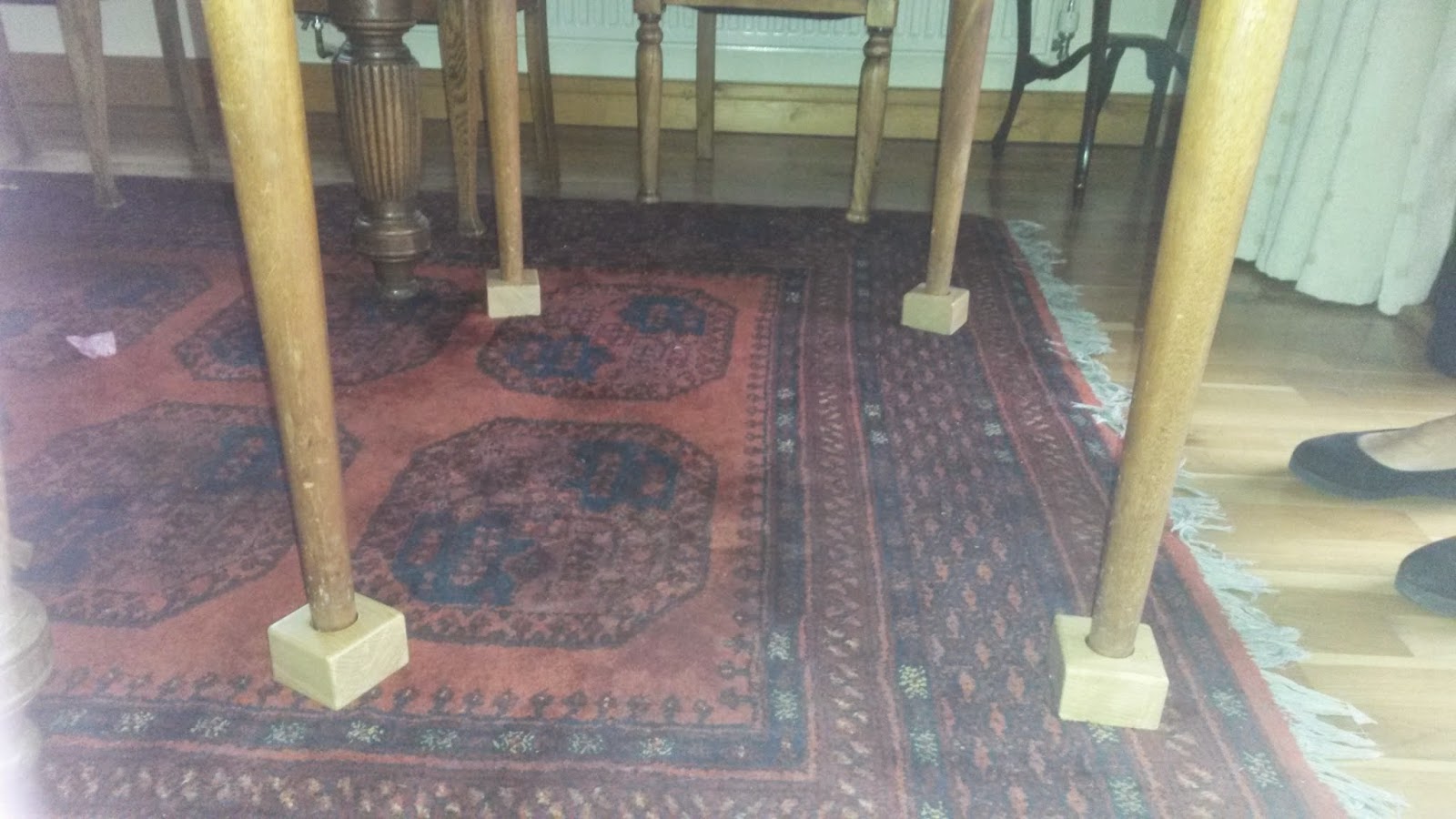 We had to put two tables together to seat us all.
This is Tony's ingenious solution for the different table heights 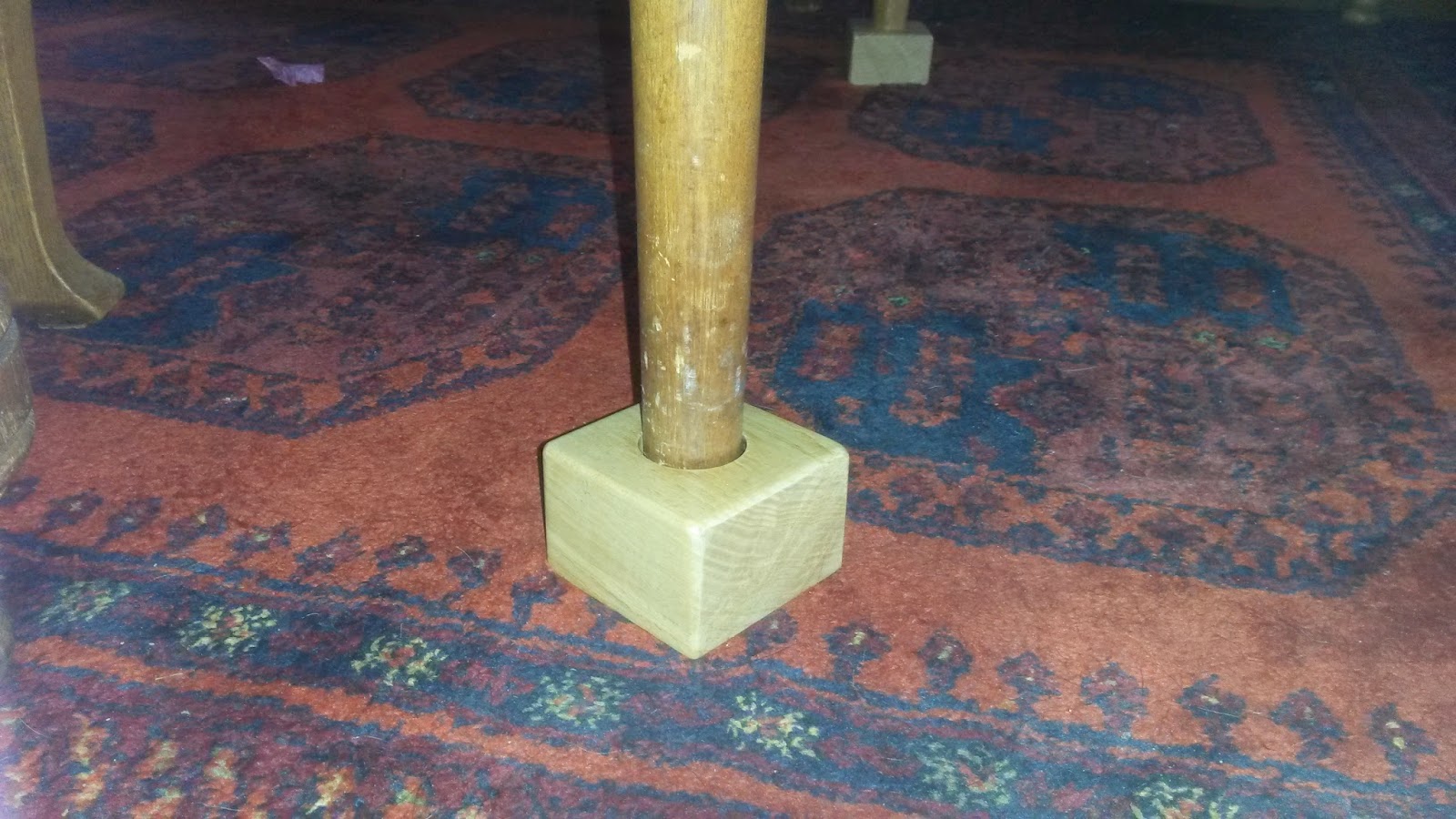 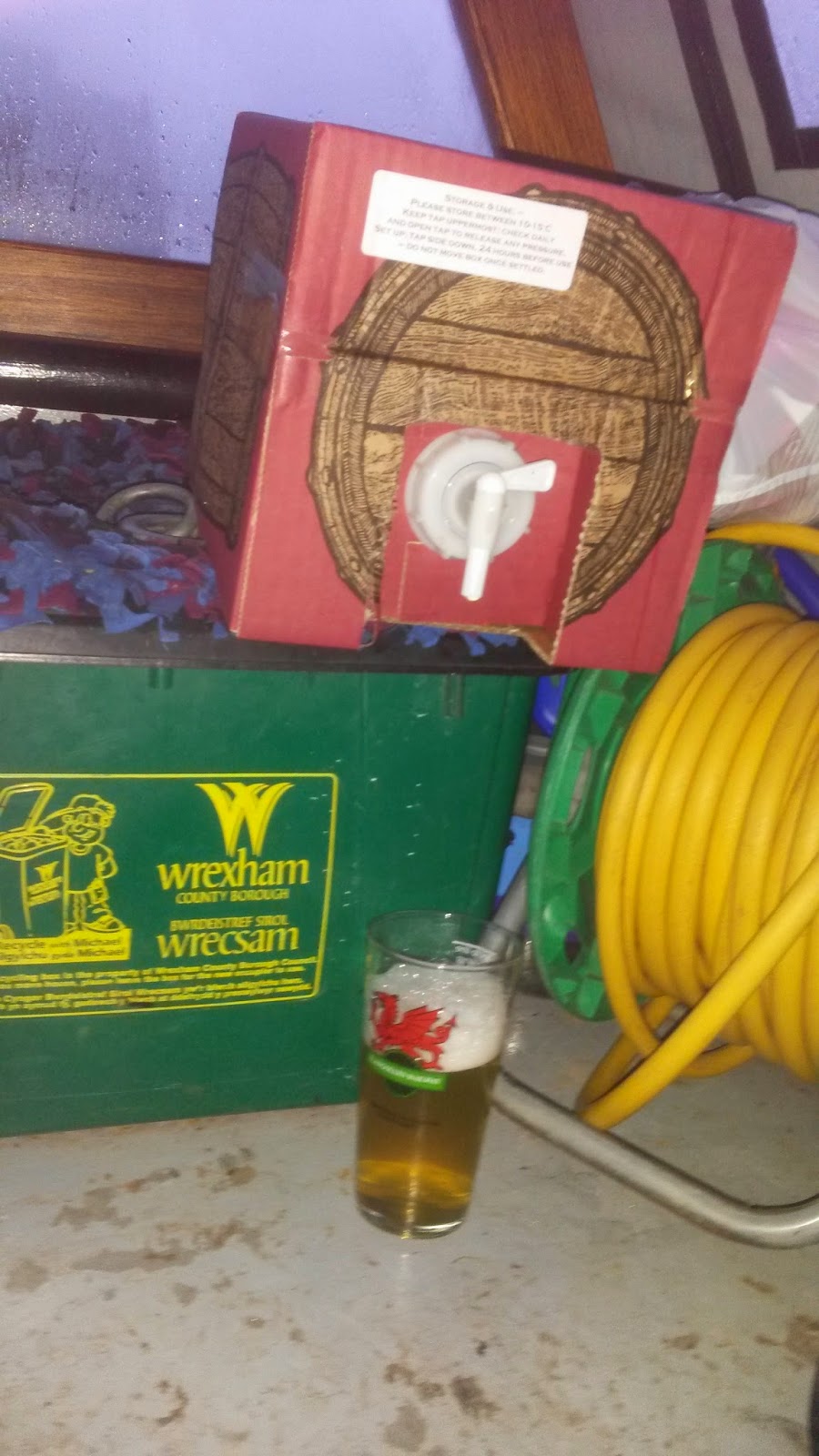 The sunlander beer survived Christmas, and was kept cool in the cratch.  It says on the box 'best before 10/01/15'  Oh, I think we can manage that.