As soon as we got to Birmingham, I was off on the train to Chirk for a couple of days with Mum, and to have a Christmas lunch with some of the volunteers at the Trevor / Pontcysyllte Visitor Centre.  Thank you Carol for inviting me, and for organising it.  It was great to catch up with everyone, and the food was exceptional. 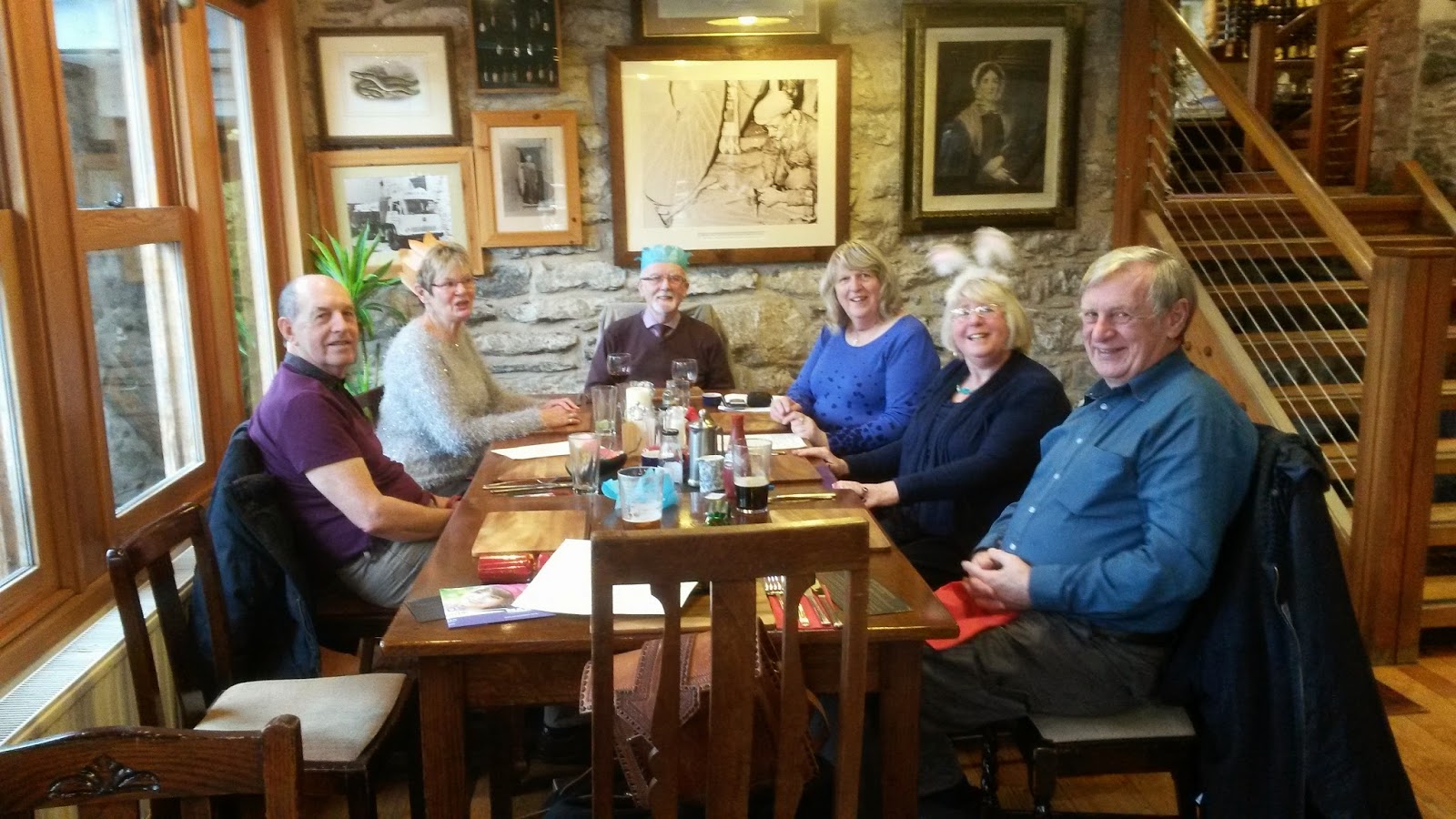 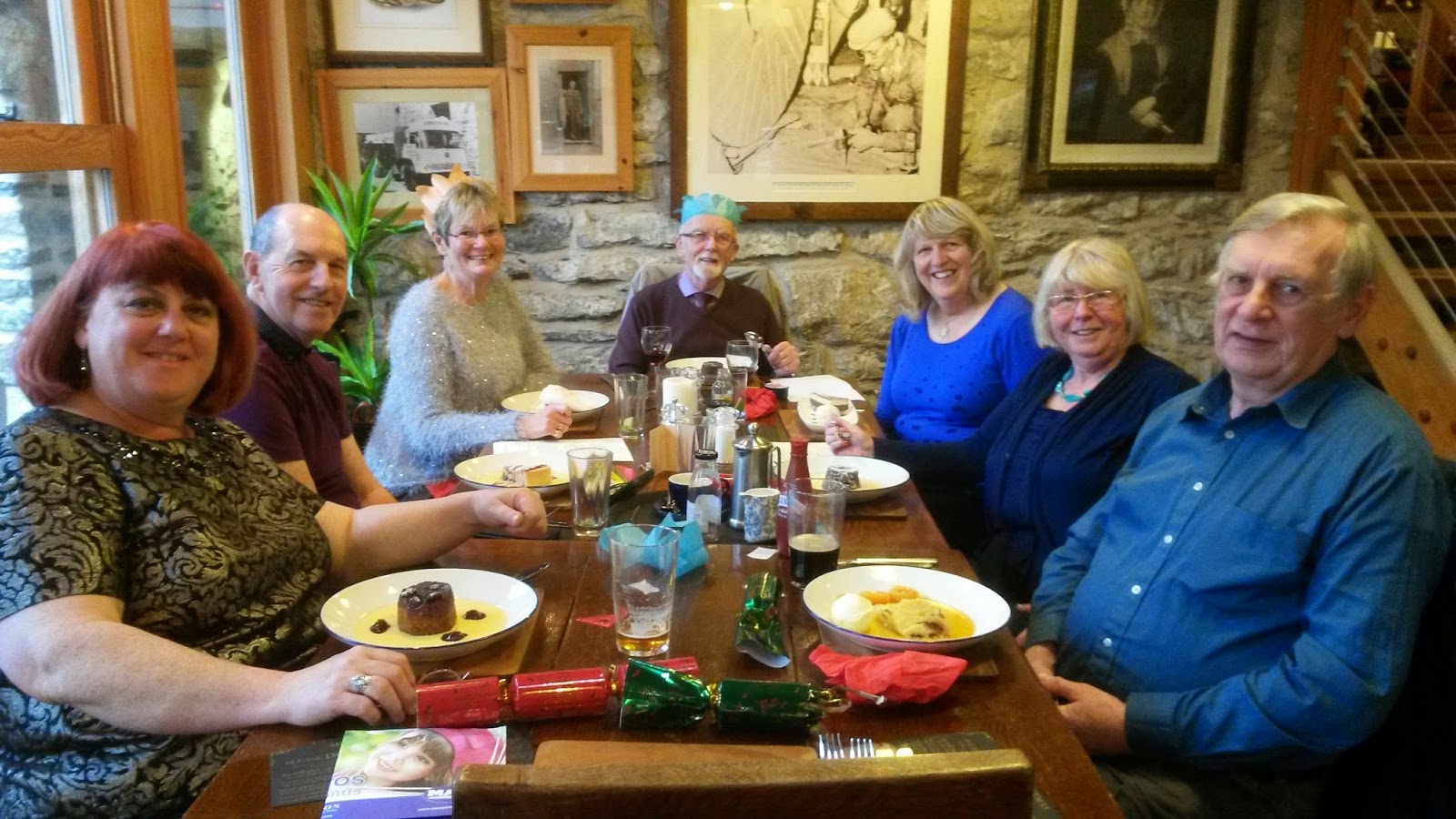 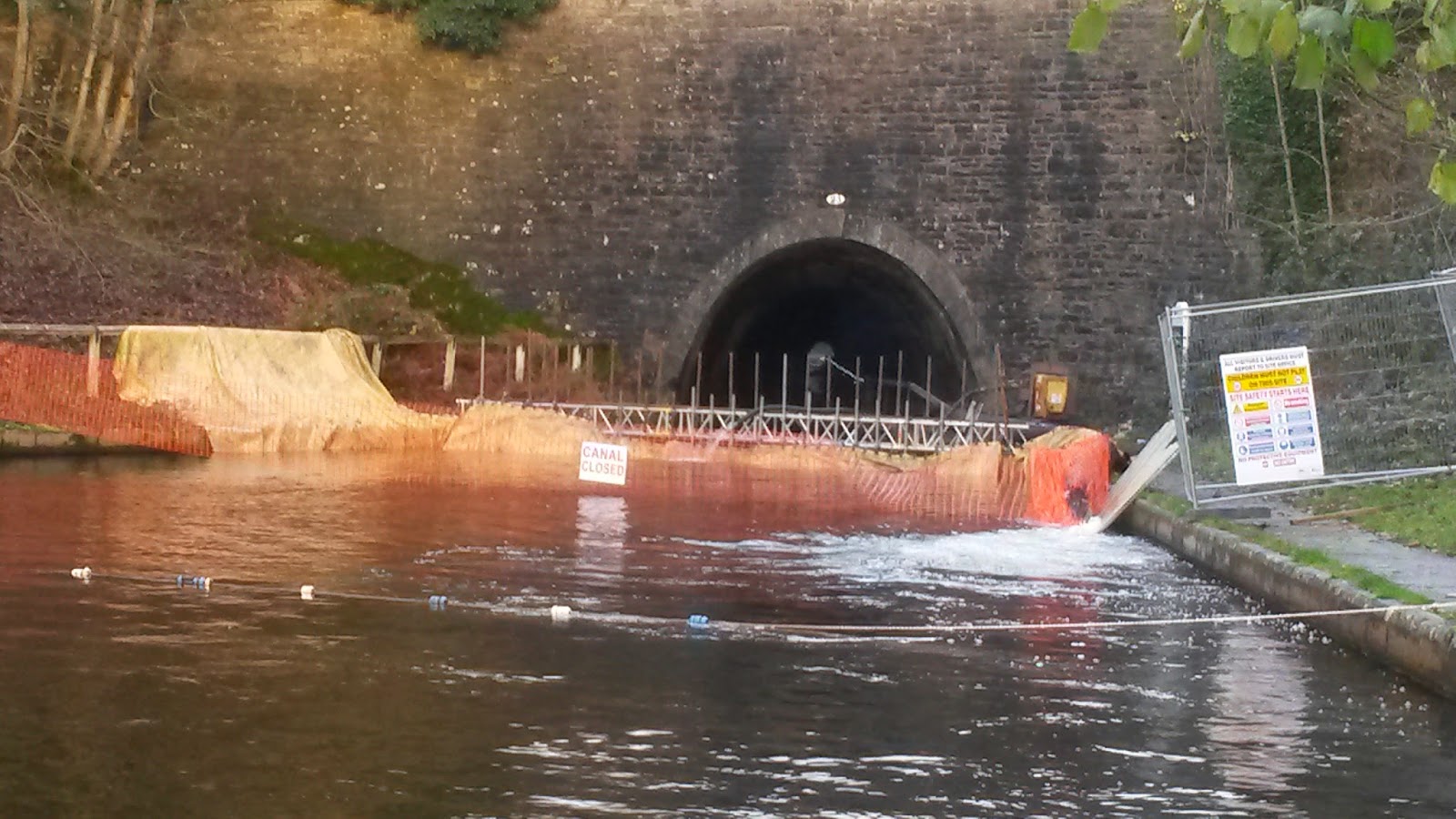 I took Cole (Rachel's dog) for a walk along the canal.  Chirk tunnel was blocked off, as work progressed to repoint the brickwork in the tunnel. 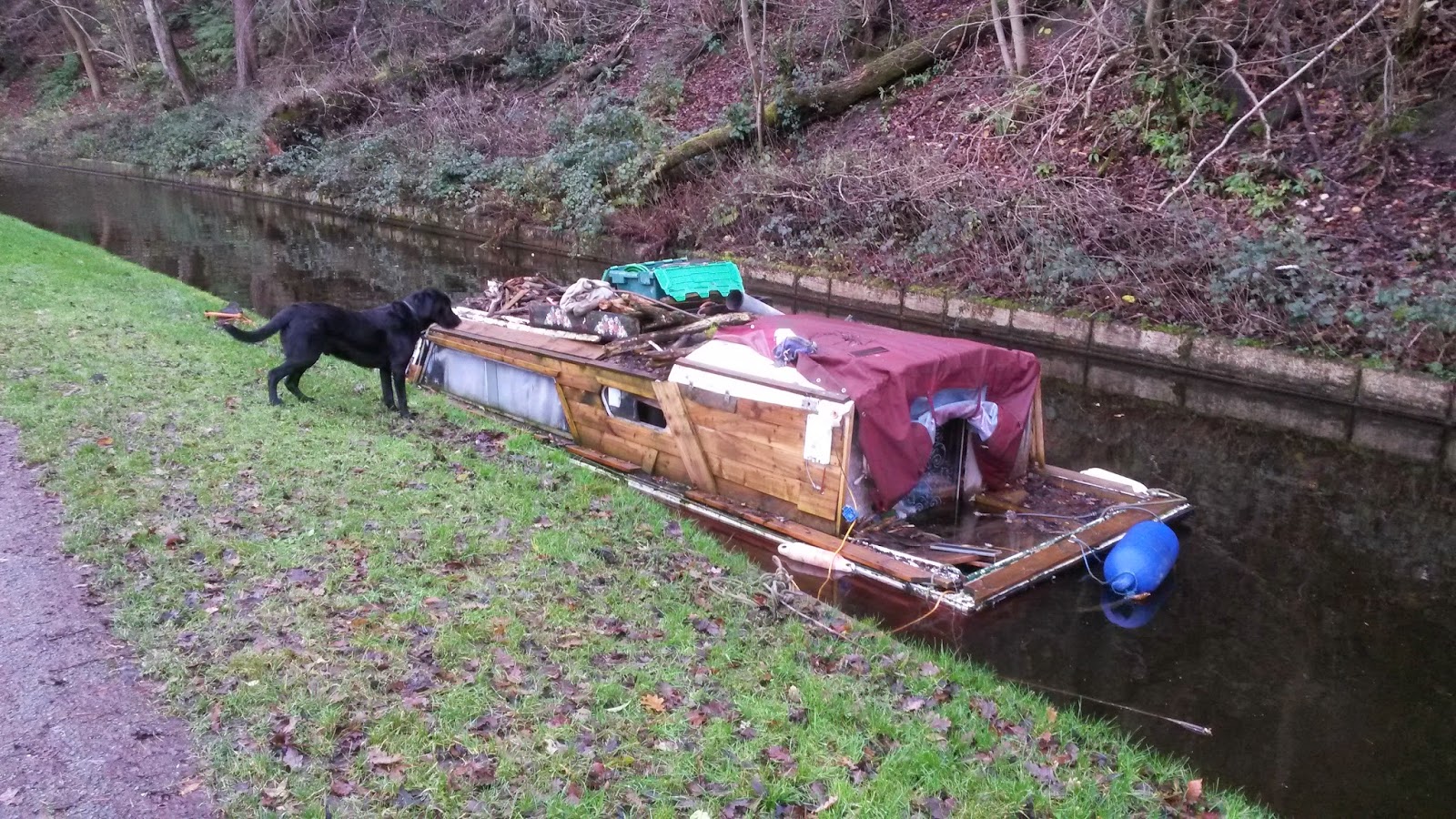 Further along the canal in Chirk Bank, was this sunken boat.  This boat arrived up our way at Froncysyllte late July/early August, moored for weeks on the 48 hour moorings.  It was around this time that a couple of boats had their outboard motor stolen.  On the second theft, the police were called to this boat, and one of the motors was retrieved.  The bloke who owned (or not owned) this boat then disappeared.  Now I must point out here that I'm not accusing anyone of anything, just stating the facts.  I don't know what happened to the bloke, whether he did a runner, or is being held 'at her majesties pleasure'.  When we left to go on our travels in September, the boat had drifted to near Chirk tunnel, after being cast adrift many many times over the weeks.  Whenever it came adrift, someone would stop and tie it up, only for it to become free a few days later.  By December, it had drifted through the tunnel (before it was blocked off!), across Chirk Aqueduct, and retied at Chirk Bank, where it now lies submerged.  I did notice that it finally has a 'Patrol Notice' pinned to it - for all the good that will do.  So thanks pal, now CRT will incur charges to have it removed from the water.  Perhaps CRT should contact the local constabulary to ascertain his whereabouts, and try to recoup the cost. 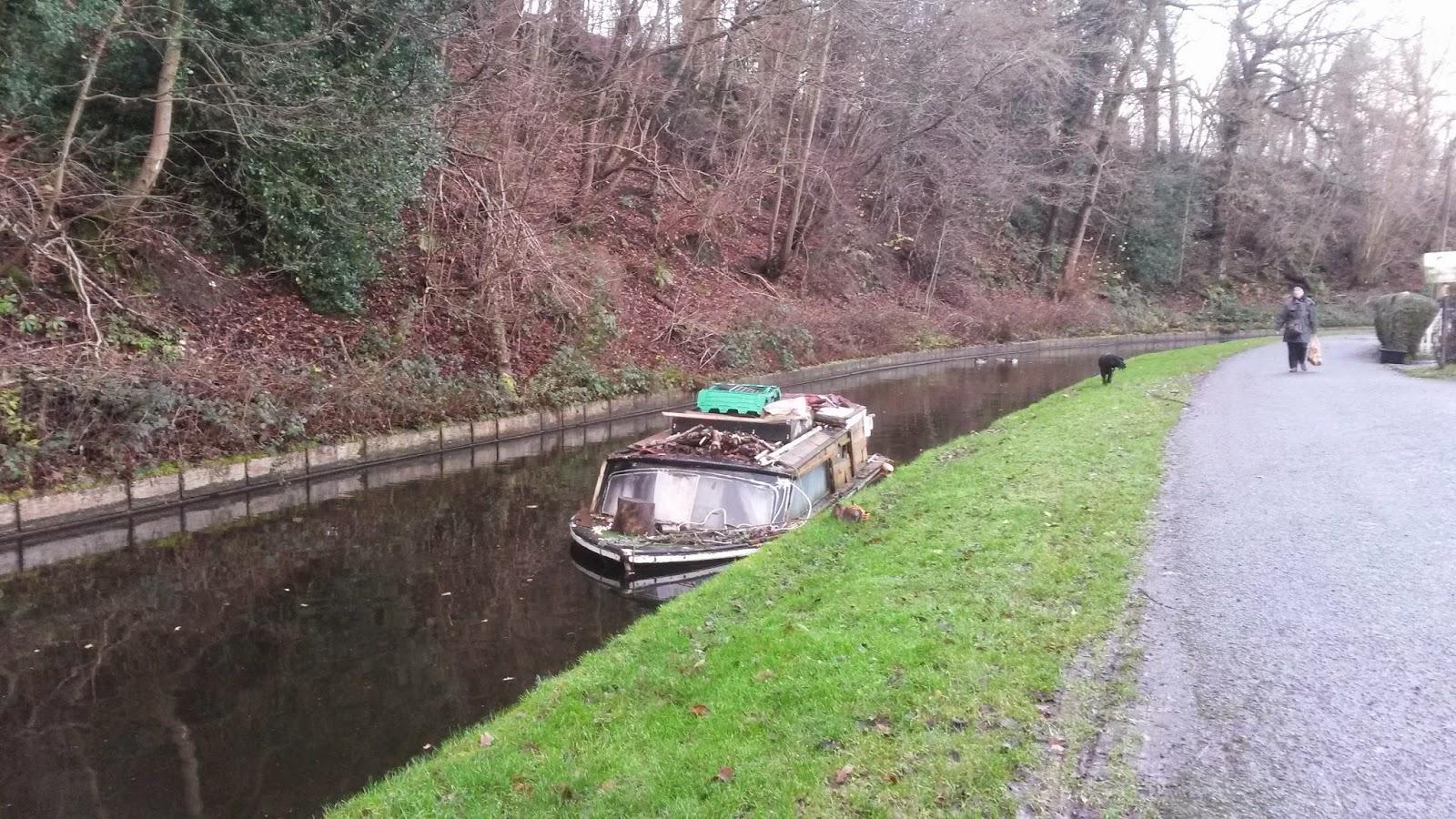