All over the area from Stone to beyond Stoke on Trent there are buildings connected to the Pottery trade, some still in use, and others long abandoned.  Here are some pictures taken along our route.... 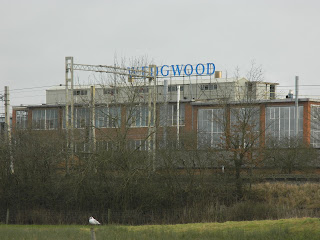 The Wedgwood Factory, still in operation, with a visitor centre. 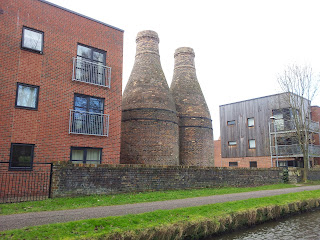 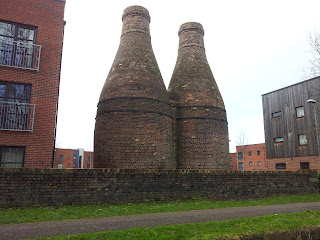 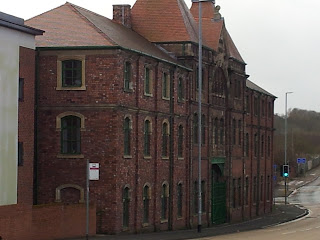 The facade of this building says [something] Vase Pottery 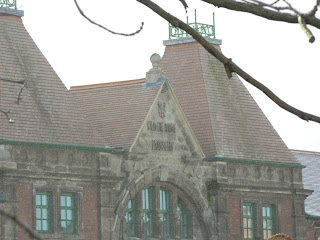 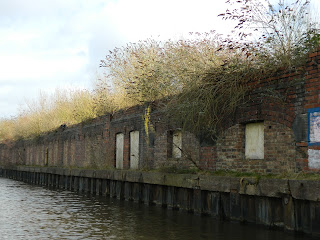 Old wharves all the way along 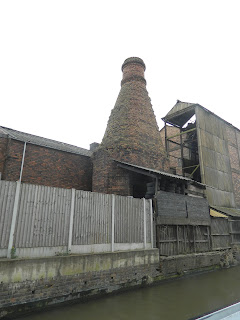 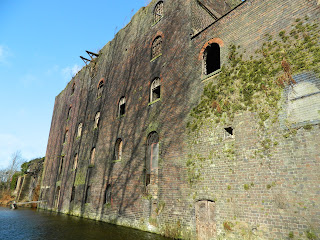 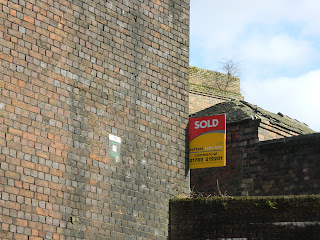 This one has a big "sold" sign on it 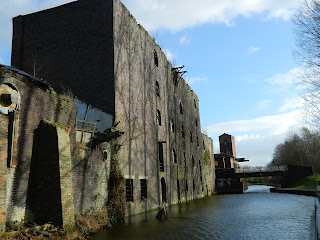 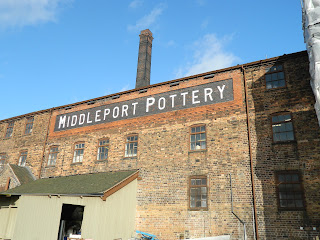 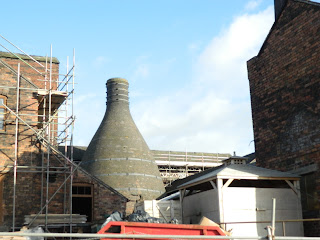 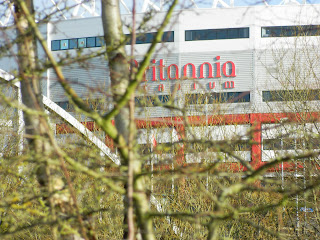 This is the Britannia Stadium, home to Stoke City Football Club, believe it or not, this is the best shot I got of it from my camera phone as we were moving along, it seems there's a split second delay in capturing the shot, so in each one, I have a tree! 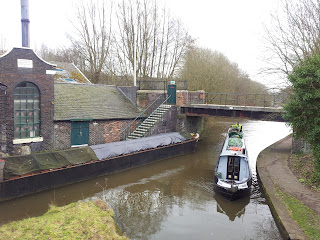 Ariving at Etruria locks, with the Bone & Flint Mill 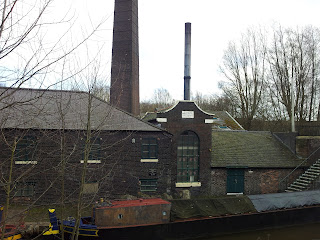 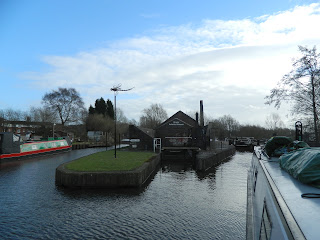 Leaving Etruria junction with the Caldon Canal on the left 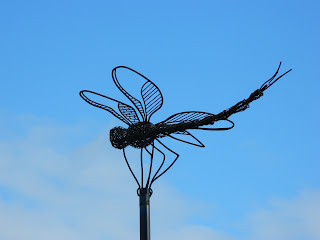 Another beautiful dragonfly sculpture
We're booked to go through Harecastle tunnel on Wednesday morning, so we'll moor outside the tunnel till it's our time to go, and hopefully avoid moving in the sleet and snow which is on its way.
Posted by Sue Hunter at 14:43