After our BSS examination at Brinklow, we were again frozen in here last week, until Tui came passed & broke up all the ice.  When we're iced in, we always run our engine in gear for a few minutes in forward, then in reverse, which breaks up the ice around the boat, so making it easier for whichever boat comes passed first.  It avoids the large sheets of ice being scraped down the side of the boat, but more importantly, it stops Nemo cat from being too inquisitive and trying to walk on the ice!  We again checked with Shifali, who forecast rain on and off for the next week, so we decided to do a quick trip to Napton, just because we could.  I'm afraid this happened last week, but with such a slow internet signal over the past few days, I gave up trying to blog.  Here's some photos from the past week.... 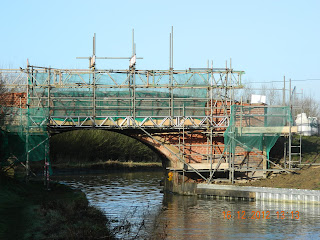 Passing through BR80, the work being carried out by WRG was highlighted in an article in December's Canal Boat magazine. 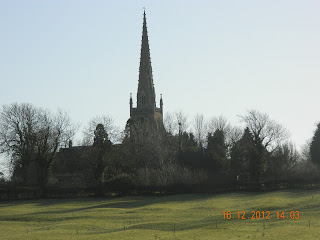 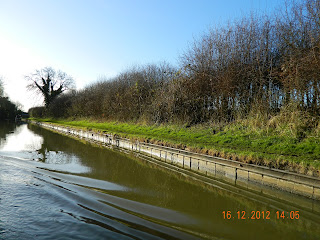 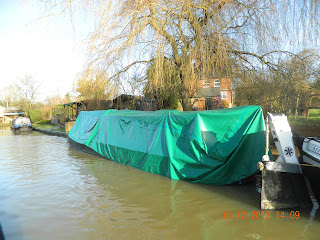 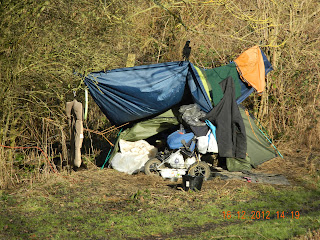 This was a bit disturbing - a woman with 2 dogs and a cat in a make-shift shelter just on the outskirts of Braunston.  However, a woman a bit further on shouted to us "have we seen a woman in a tent on the towpath?", so I had a chat with her, and she assured me she was going to get help for her in some form or other.  I hope so, with all this rain forecast. 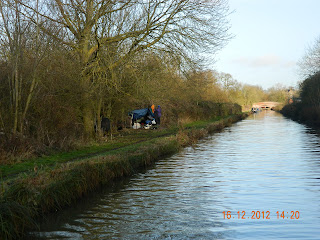 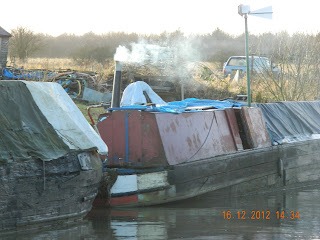 A case of droopy bottom 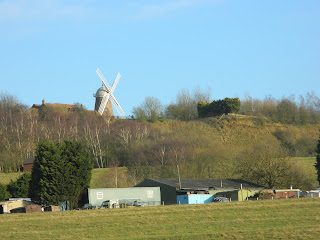 The farm on the way into Napton seems to have been tidied up alot, compared to last year.... 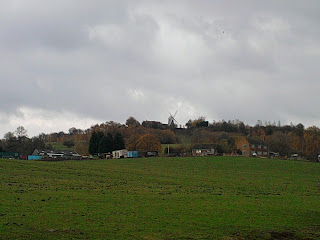 The field was always full of junk, perhaps there's new people there. 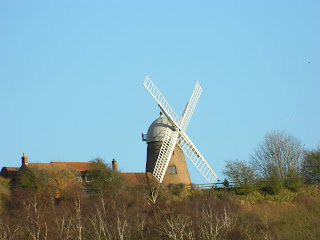 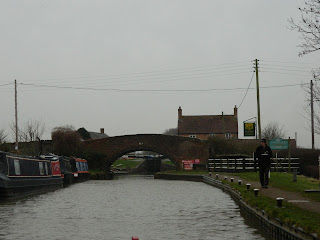 C&RT licence checker at The Folly, Napton.  He must be doing his job, there's hardly any boats about! 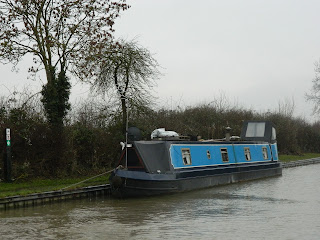 I did find this curious - the owners of this boat spent 1-2 hours a day (for the two days we were at Napton) carting water containers and coal from the Folly, to the boat at the winding hole.  As we were leaving, I couldn't help myself and asked the lady carting water in containers in her wheelbarrow why they didn't move the boat to the tap & fill up.  She replied they'd rather do it by container & wheelbarrow in case they lost their mooring!  But there was only 6 boats moored between The Folly and the farm.  Each to their own I suppose, I thought smugly as we reversed to the winding hole, having emptied and filled, and got a HUGE load of logs delivered to the boat at the CRT yard.
We reaquainted ourselves with the Folly, before checking the weather forecast and deciding to head back towards Brinklow, hopefully dodging the worst of the rain.  The Folly pub is a very friendly place, with good beer and food.  The new people have turned it into a gem - I hope they continue!  ﻿
Posted by Sue Hunter at 19:02