Filling up with red stuff

We had a couple of days moored at the Dog & Doublet, then moved down a couple of locks to near Kingsbury Water Park , the RSPB reserve, where Dave could hopefully look at a few birds as they came in for winter.  He took loads of photos, many of which I will bore you with in the next few days!  We do like this spot, so decided to stay a bit longer.  I'm afraid I haven't been blogging as much as I should, as I have a rather large rag rug commission to complete before the end of November, so it's been head down for me.  After a few days, we moved to Fazeley to get water, and ran into ........ 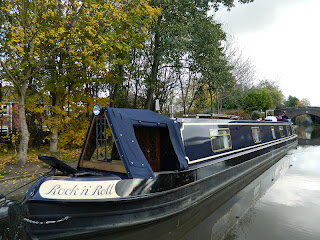 Rock n Roll.  We exchanged hello's and a quick chat. 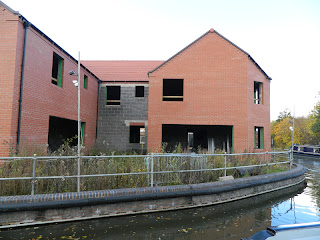 The new buildings at Fazeley junction are still unfinished, with no sign of any work being carried out - sign of the times I suppose. 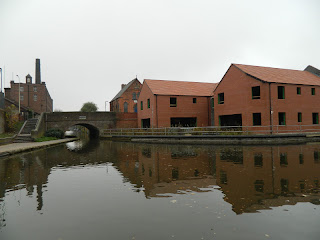 Fazeley junction, where the Birmingham Fazeley Canal meets the Coventry. 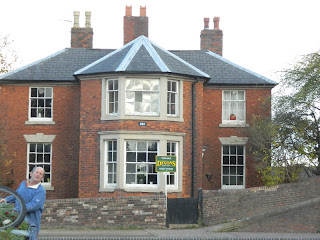 The house at the junction is up for sale again.  Its so nice to see it being occupied again, after years of being abandoned and boarded up.
Once full and empty (you know what I mean) we retraced our steps back to Kingsbury, turning at the winding hole at the bottom of the locks and reversing up the bottom lock to have a few more days in the quiet (apart from the faint buzz of the M42!)
After a few more days, we needed to move (somewhere), and took a right turn at Fazeley and onto the Coventry canal. 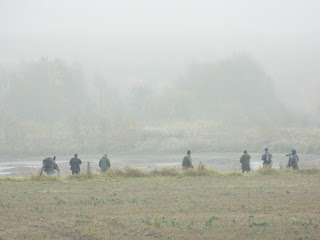 As we came past one of the last bits of the RSPB reserve, there were loads of twitchers taking photographs of something, so we looked at Tame Valley Birding Blogspot, and found it was a white rumped sandpiper.  Well, there you go. 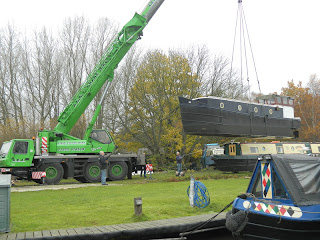 Dutch barge being lifted at Drayton 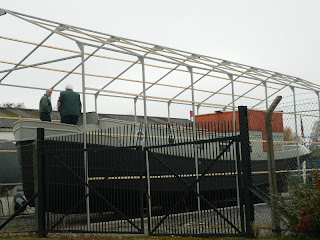 Another dutch barge, this one under construction at Steve Hundson's yard at Glascote 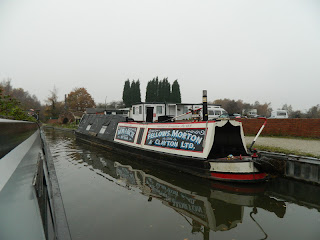 We stopped for diesel at Alvecote - thanks for the comments and emails regarding coal/diesel boat on this stretch of canal - it seems there isn't one, now Gosty Hill is no longer trading.  So that's one of the red tanks full.  We also got a couple of bags of coal from a boat moored at Fazeley, I took the bloke's telephone number but there was no name on the side of the boat to let you know who it was! 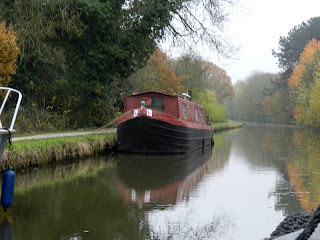 Ah - marvellous idea - "L" plates!  Perhaps they could be introduced to the Anglo Welsh day boats up our way on the Llangollen! 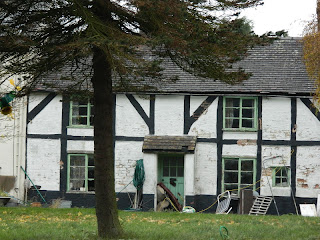 I love this cottage, at Grendon wharf, although each time we come past, it seems to be getting more delapidated. 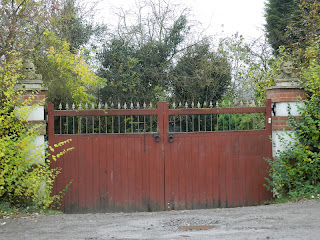 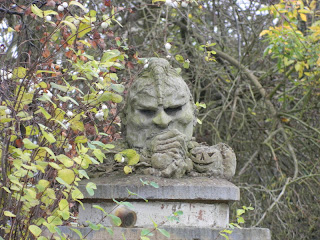 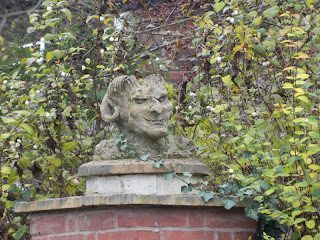 We emptied and filled at Grendon services, and whilst attached to the tap, took advantage and washed the boat down - whilst waiting for a Tesco delivery.  Good old Mr Tesco.  We are now replenished with the other the red liquid.  I know Atherstone isn't that far away, but it sure beats carrying it! 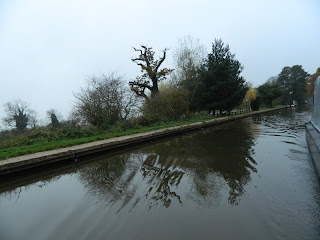 Loads of spaces at Grendon moorings.  It seems to be a hot spot for oiks breaking into boats, so alot have just up sticks and gone.  Hence the space.  Another lock flight, another set of gates left open, however, this time they were in our favour.  We just came up the first two and will moor here for a few days while I visit my sister Rachel and her girls, as I've been told there is a birthday cake with my name on it waiting for me in Kenilworth.
Posted by Sue Hunter at 20:06