We had spent the first few days of the week mainly looking out of the window at the spectacular views - in between dog walking.  The weather had been so good we were able to sit outside on the balcony, even if it was with a jumper on.  It had been a couple of years since we'd been up this way, and as we don't have a car any more, we tend not to visit, even though we are only in Llangollen (ish) for 6 months of the year.  It was fantastic to drive through Snowdonia to get to the Llyn with spectacular views of sea and mountains, and the aromas of the sea.  Welsh is the first language in this part of the world, which was wonderful to hear. Dave did buy a welsh phrase book, but couldn't get his tongue around the "LL" sound.  Here's a couple used:

Oose cot ees tha jah kit - Excuse me sir, you appear to have left your gillet over there

Mum and Tony joined us in "the hut" for the last few days of the week, so we did a bit of sight seeing and walking as they're not ones for sitting still for too long!  One walk took us to Yr Eifl (The rivals), a mountain with three summits, which we had been looking at through our window for the last few days and below it, Nant Gwrtheyrn a former quarrying village, which after many millions of pounds spent on renovation, is the National Language Centre, offering welsh language residential courses.    Dave, Carole and I visited the place earlier in the week for a 'reccy', as a place Mum & Tony might enjoy visiting later in the week with a view to walking up a mountain.  Derek the Weatherman recommended it (though not to us personally) when it was featured on the telly welly wales programme "Weatherman Walking". 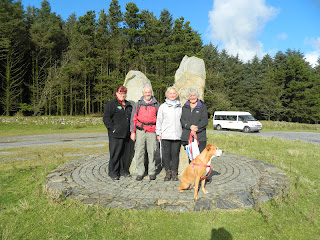 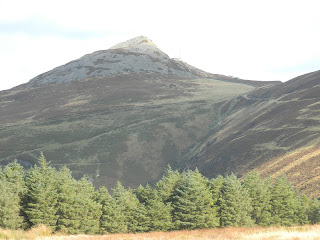 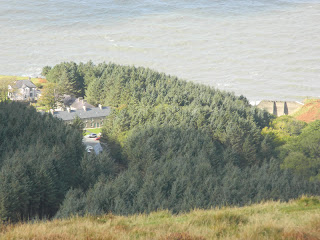 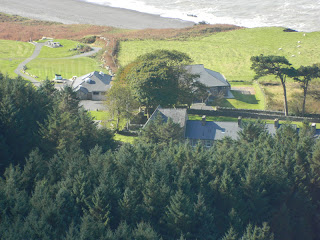 Looking down on Nant Gwrtheyrn 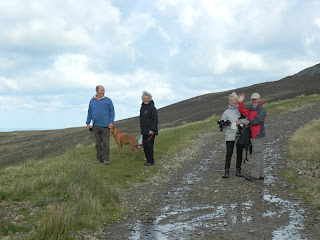 Still smiling, half way up.  We had our only day of rain, the day before (Thurs) resulting in lots of streams cascading down the mountain side 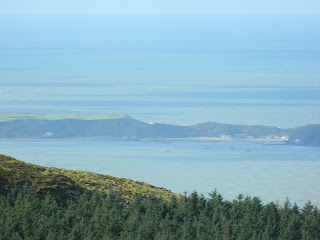 That's where we're staying, the hazy property in the middle of the pic 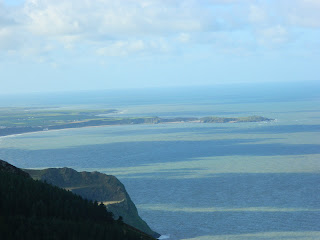 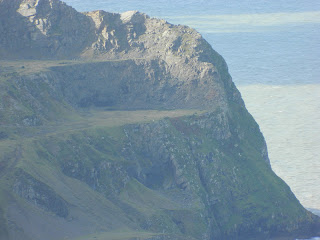 one of the quarry faces 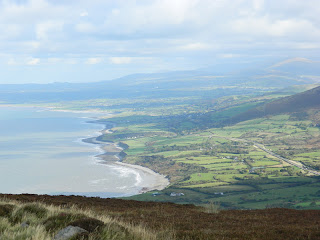 The views from the top were spectacular, looking up the coast as far as Anglesey 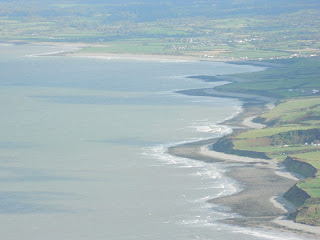 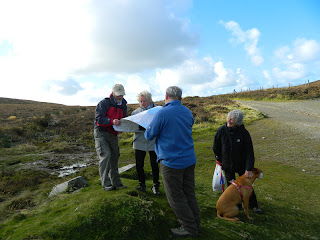 We got the map out, as we couldn't believe how far we could see! 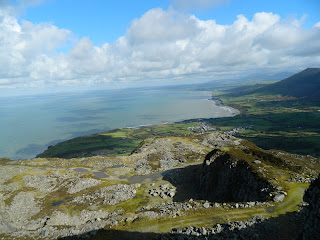 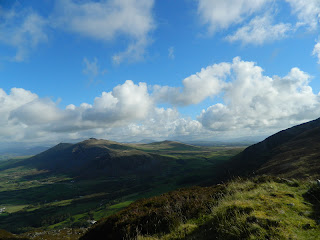 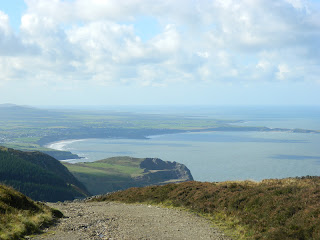 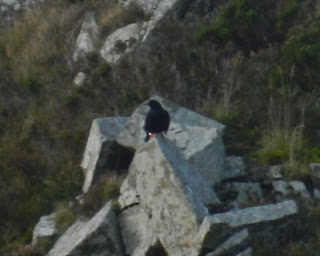 That there's a chough, you can just about make out his red legs 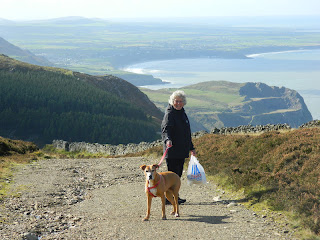 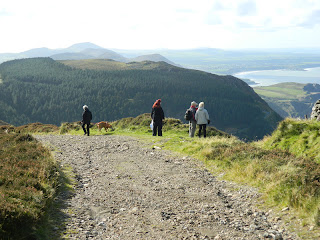 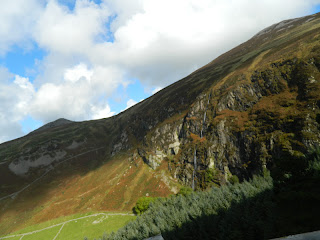 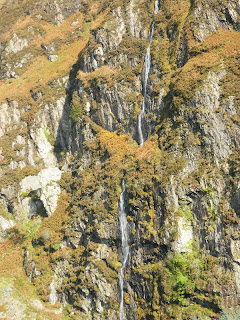 Down into Nant Gwrtheryn, for a well earned cuppa! 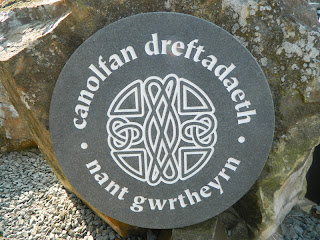 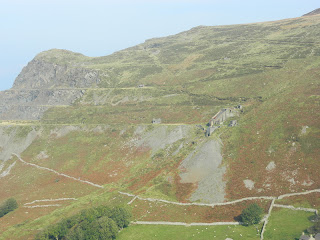 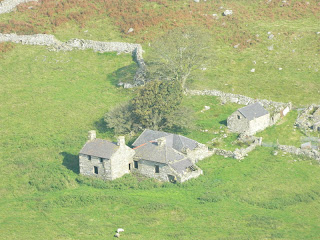 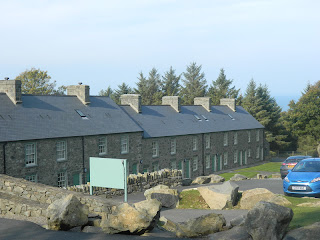 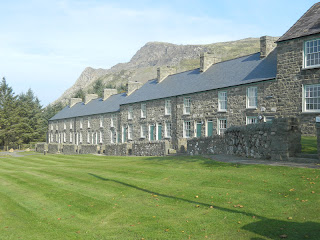 Beautifully resored old quarrymen's cottages, some of which can be hired out for holiday accommodation. 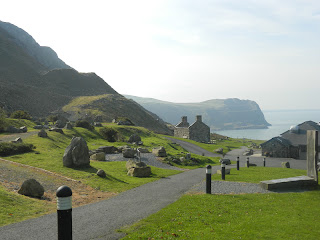 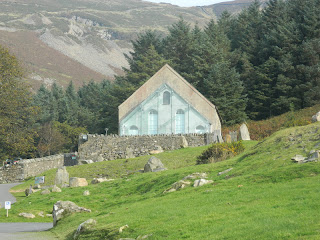 The place is also a venue for weddings and conferences. 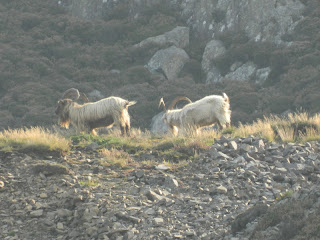 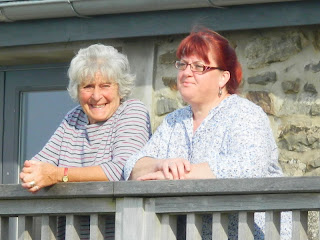 Carole and I, taking in the views
That's it folks! Thank you for your patience in browsing these photos, but friends and family wanted to see them. Back to boaty things in the next blog.
Roedd e'n ardderchog.  (royd ehn ardder chog)
It was excellent
Posted by Sue Hunter at 17:45

Blimey you, did you really climb all the way up there? Size zero is really not attractive you know. What did you do with Dave - dangle a pint on a piece of string and a long stick?