Mum & Tony deposited me in Wrenbury where Dave had been staying whilst I did a final weekend in work.  Then it rained for three days solid.  We did move, in the pouring rain, which wasn't much fun, but the waterproofs held out.  We locked down Hurleston without any problems, the lock keeper did come out of his hut, to take our boat number, then disappeared again.  We turned right onto the Shroppie.  Through Nantwich and onto Hack Green... 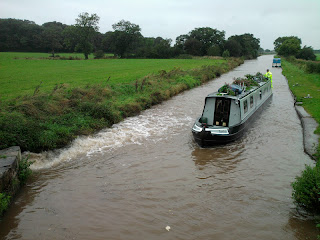 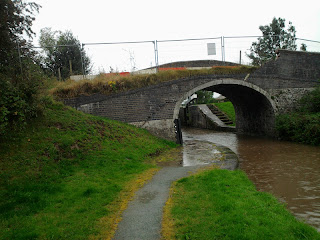 The cracking bridge at Hack Green.  It was on the winter stoppage list 2011/2012, but then cancelled.  No sign of it on this winter's list, so it continues to disintigrate 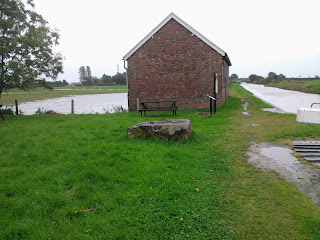 After 4 days of rain, the fields are getting rather soggy 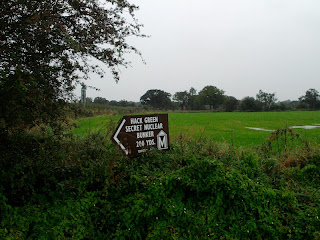 This way to the secret bunker.... not so secret then!

We had a quick catch up with Dot & Dave (NB Lace Lady) at Audlem, we didn't know they were out cruising till 2 days before, we usually spend a few days together, but unfortunately we had to press on the next day.  Had we known they were in the area, we would have pressed on in the rain to get to Audlem a day sooner, rather than whimping out after a couple of hours soaking.  At least the bywashes through Audlem locks weren't as bad as I thought they were going to be.  I must give credit to the volunteer lock keeper at Audlem, even in the pouring rain she was very enthusiastic, complete opposite to the response from the Hurleston (employed) lock keeper! 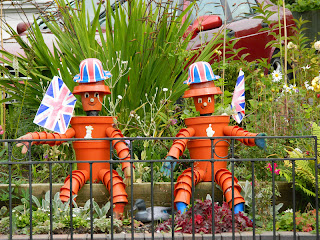 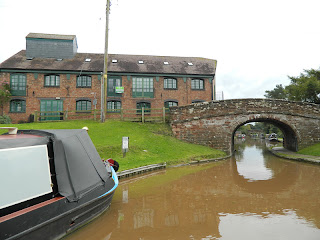 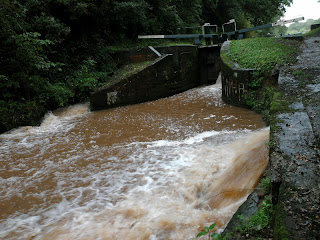 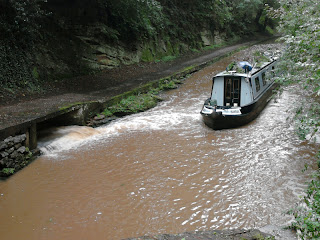 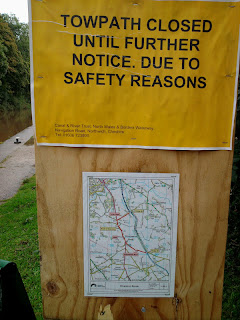 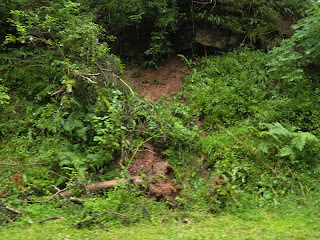 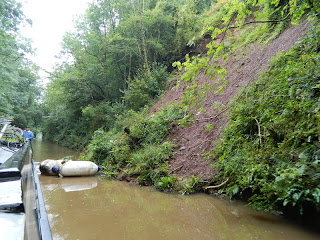 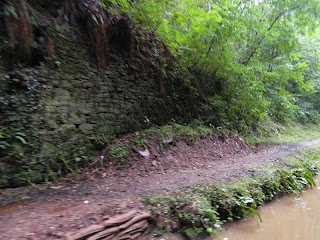 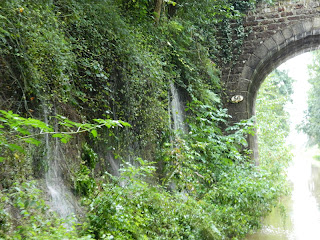 The end wall at Woodseaves looked like a waterfall 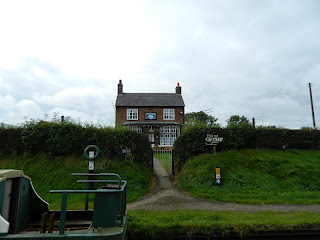 The Anchor at High Offley, no time to stop this time unfortunately 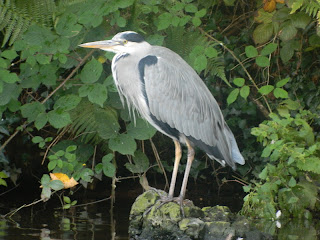 Heron with no neck at Brewood! 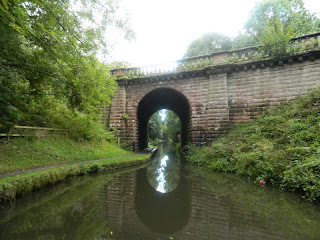 The beautiful avenue bridge near Brewood 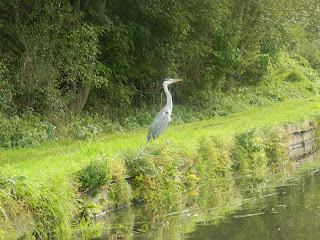 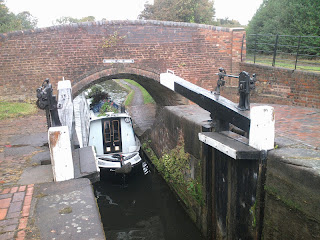 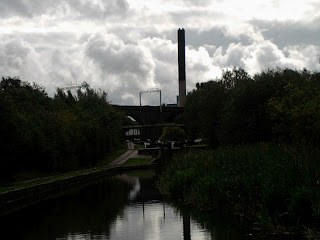 Under the railway bridges and passed the incinerator 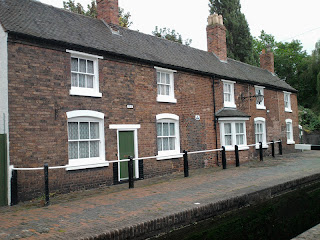 Beautiful row of houses at the top of the Wolverhampton locks 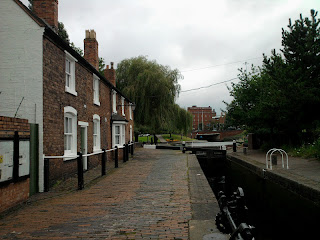 After a pitstop at the Parkhead boat rally, on which I have blogged already, we then had to go downhill again, through the 8 Delph locks (below) then down the Stourbridge 16. 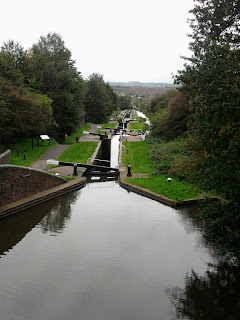 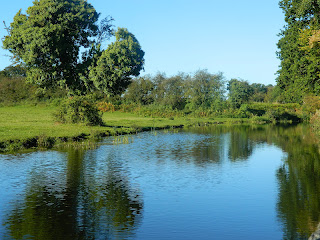 Our mooring for a few days to catch our breath, between Stourbridge and Stourton, which leaves Nemo rather relaxed..... 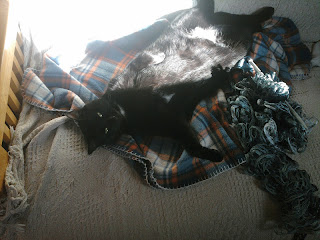