Parkhead boat gathering has been and gone, the next one will be 27th and 28th September 2014.  We had a lovely time meeting up with old friends. It was great to see so many old working boats in one place.  Without apologies, I've got loads more photos of the weekend....... 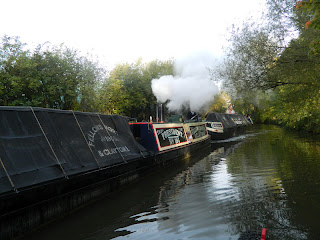 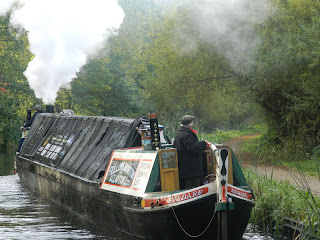 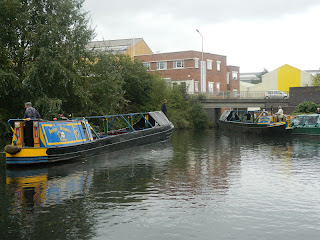 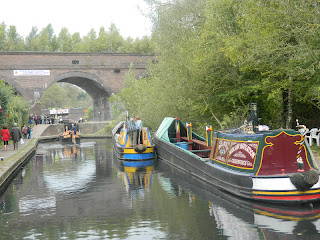 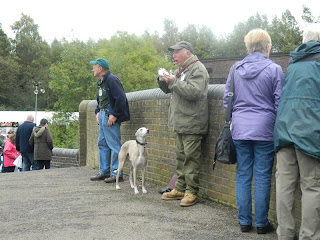 Roy, tucking into a bacon butty, with Thomas looking on.  "Gimme some!" 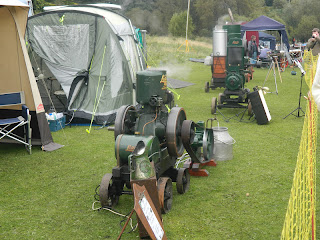 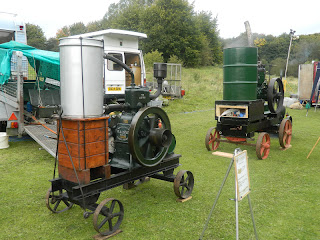 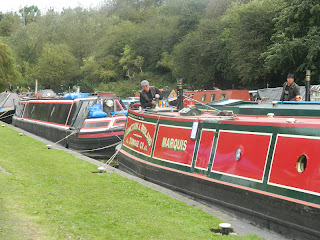 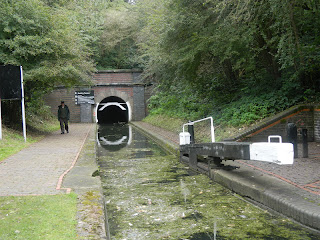 Entrance to Dudley tunnel, the second longest canal tunnel in the UK (after Standedge) at 3,172 yards long.  Unfortunately it is not open to private craft, but you can take a trip through it and into the caverns inside with the Dudley Canal Trust who saved it from closure. 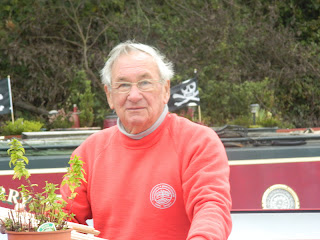 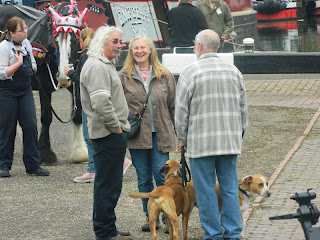 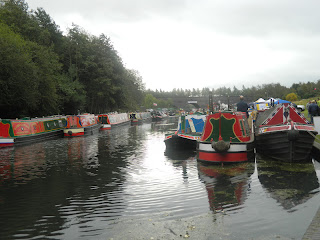 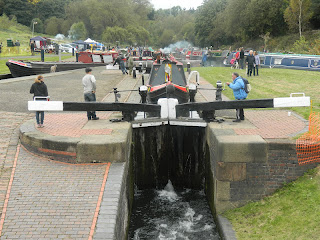 Boats leaving, heading down the locks 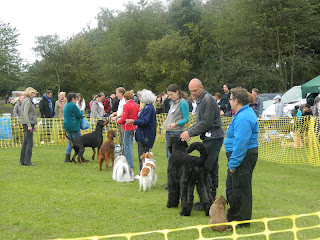 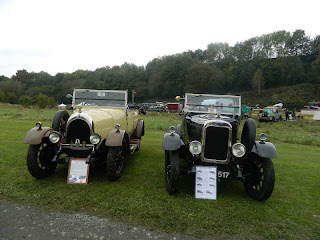 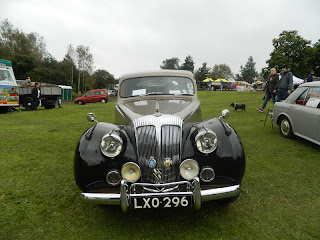 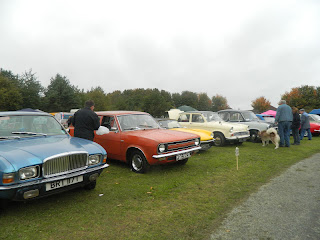 I learned to drive in one of these - the morris marina - and not the hillman minx thank you.
We had great entertainment in the beer tent on the Saturday night, provided by Doctor Busker, "Britain's last Victorian pub pianist".  This was just the thing for such an event, and thankfully the group weren't as lewd as we had been expecting, just very funny with lots of sing a longs.
Unfortunately, we had a very early start on the Sunday morning, as the narrowboat Mr David decided to depart at 5.05 - that's in the AM not the PM, so that woke everyone up in the line of boats.  According to his blog spot, he wanted to get back to Birmingham to watch the football!  Not a mention of the rally in his blog though!
Likewise on Monday morning, boats were moving quite early (though not before 7.30am!).  We hadn't been able to get into the bank (on the Dudlen No 2. canal) as it was too shallow, and were sticking out 2ft & had to get on & off with a plank.  The working boat Alder came past at such a pace that it pushed us up even further onto the mud, threw us out of bed, & crockery started falling off the kitchen units.  Another early start then.  Ah - but I shouldn't moan!  We had a really lovely weekend, worth boating in the rain for!
Posted by Sue Hunter at 13:57