We're camped out at Fradley, and will remain here until the weather forecast improves.  We have all the services here, and don't want to risk being iced in  out in the sticks.  I hired a car and visited Mum for a few days as it's been two years since Dad died.  Car hire for the weekend was £45, plus £25 petrol.  Still a bargain when they pick you up and drop you off, and I got to retreive some wood from our store.

Rachel, Bruno and the girls also came up for the weekend from Kenilworth.  Bethan, Rob and Nel also joined in for a Burns night supper.  It's becoming an annual event now.  No we're not Scottish, but Bruno (despite his name), my brother-in-law is  (his parents came over from Italy to Glasgow in the 1960's and joined the rapidly growing community of Italians there) and he and Rachel spent a few years living near Dundee when they returned from a stint in the states.  Anyway - we had a Burns night supper, complete with one large 'normal' haggis, and one vegetarian variety (eh?!?!)  We all had to recite a verse of the Robbie Burns poem "Ode to a Haggis", Bethan got to do the stabbing bit to "Trenching your gushing entrails bright".  Good fun.

I visited our moorings in Froncysyllte, and loaded a VERY small hire car with some logs (thanks for the help Hazel).  I'm sorry I didn't take a picture of this stuffed micro sized car with a tesco shop, logs and clean bags of washing (thanks mum), spilling out when the doors opened!  Dave reversed the boat to the bridge at Fradley so we didn't have so far to walk.  Note to self:  Get bigger car next time.  I also picked up my new Hawkshead walking boots which had been delivered to mums.  My last pair, which Dave bought me for my birthday, had a pin prick hole in the bottom of them.  Size of hole is irrelevant when you've got a very soggy foot.  So I returned them & got my money back (from Cotton Traders) which is another story I forgot to blog about:  After arguing with Cotton Traders, I parceled them up and took them to Atherstone post office when we were there, but the post office was closed due to an armed robbery!  So it was a bus ride to find another post office, only to find there was one 50 yds away from where we were moored.  I was too fed up about the whole episode at the time to write about it. 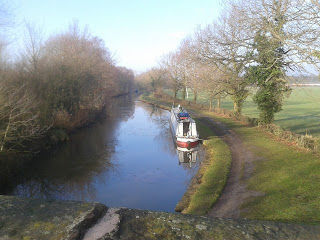 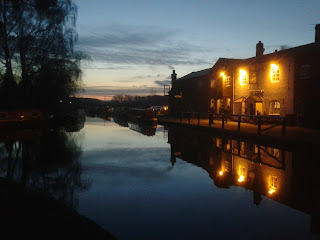 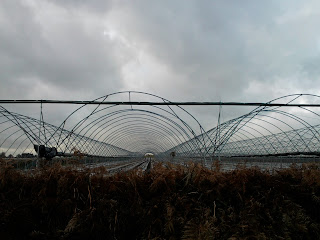 On the way to Fradley we passed the hundreds of poly tunnels, waiting for spring planting time. 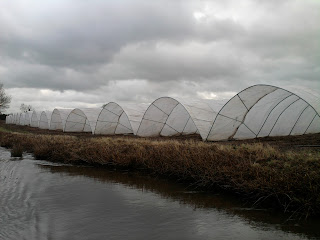 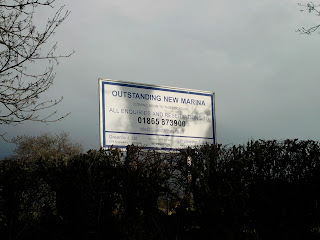 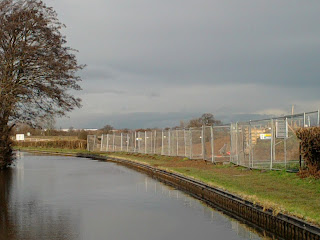 Another one!!!   New marina being built near Huddlesford, for Dai, the people building it are Green Ford, how does that work then?  Not soon enough to save The Plough, which has closed.  Again, same boats moored outside that have been there FOR YEARS! 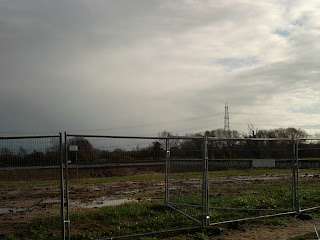