End of the Shroppie & onto Staffs & Wus

A slow couple of hours on Sunday, as we hit a fishing competition just before Wheaton Aston - miles of em!  A boat travelling towards us warned us they were there & he had counted 72 fishermen.  It was amusing to see, as we approached them, that they turn away & rummage in their maggot pots to avoid making eye contact.  How about one of them, just one, saying "Thank you for going at tick over". That'd make a nice change. 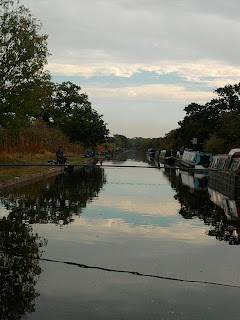 The wind was making things very difficult between the M54 and Autherley junction as it's quite exposed.  We were pleased to be turning onto the S & W where we were a bit more sheltered. 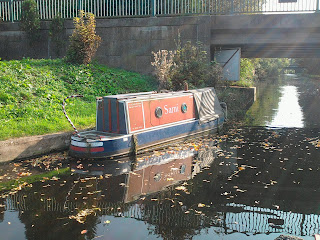 This mini narrowboat is moored at Oxley, unfortunately it wasn't moored next to another 'normal' size narrowboat, so you can see the difference in size.  Just after turning onto the S&W, a lovely surprise - Dave produced a bottle of bubbly which he'd been hiding in the gas locker, to celebrate our anniversary!  He's after brownie points ....  We moored above Dimingsdale locks & walked up to The Greyhound at Lower Penn which was featured in the local CAMRA brochure.  Another great find.  Hand pulls, great local beer, good food - bit pricey tho' but it was our anniversary after all. (More brownie points for Dave) 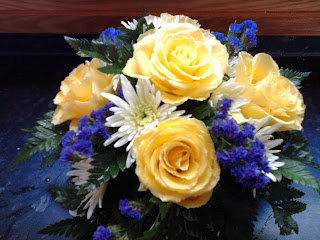 Thanks Mum for the lovely oasis you gave us last week as we wouldn't be around for 'the day'. 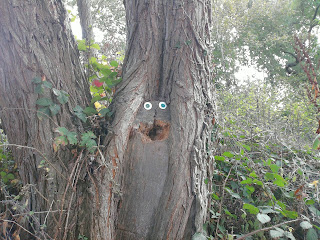 I love these things, someone with ALOT of time on their hands has been defacing/enhancing (which ever view you take), old tree stumps and sign posts all the way down the cut.  Makes me smile anyway! 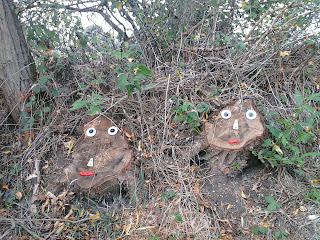 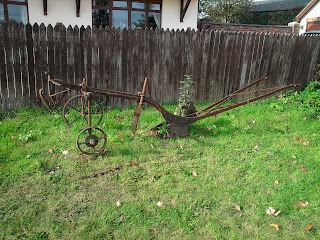 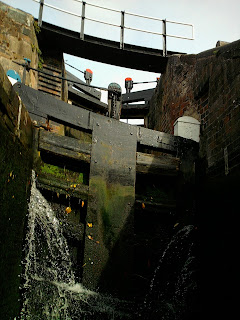 When we arrived at the Bratch today, there was a bloke with a camera who asked if we would mind him filming us entering the locks.  No problem says Dave, as I dived inside to put some slap & lippy on!  No pressure then - I was driving & thankfully didnt touch the sides & we descended perfectly - being filmed each step of the way. Phew. 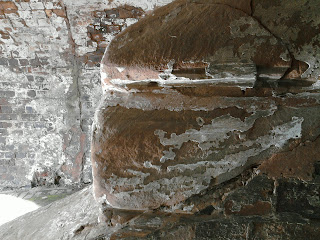 No I haven't got the picture the wrong way round - this is the stonework exiting Greensforge lock, showing genuine erosion caused be ropes on the stone - rather than the stuck on false stuff you see on the sides of bridges. 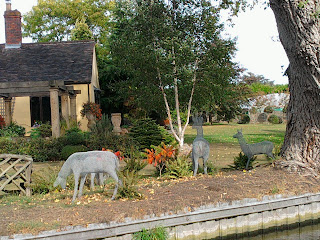 Last pic of the day, beautiful deer sculptures at the garden centre Greensforge.  Moored tonight below Rocky lock.  Stourbridge tomorrow, as it's a convenient place for Dave to get to his Aunty's funeral in Plymouth, then we're there for the clean up weekend, the weekend before the rally.
Posted by Sue Hunter at 17:55