Mum and Tony came to visit us on Saturday, and had a good look around Penkridge Market.  Fantastic.  I'd forgotten how great these big markets were - and how cheap.  Zara jumper (with tags) £3 - thank you.  Per Una cardi £8 - we'll have one of those as well.  Cup cakes to die for.  Bird seed restocked, and a load of nick nacks from the, well, the nick nack stall.  Mum was also laden with goodies.  We then went to The Littleton Arms for lunch, a pub which had somehow passed us by on previous visits to Penkridge.  However, the guest beer was Batham's, Dave's favourite, so I can't see us leaving here any time soon, or until the barrel runs out at least!
Mum had also brought my mail.  Nothing of great importance - apart from one letter from HSBC referring to the fraudulent credit card transaction just before Christmas.  I needed to sign and return a form to declare that the £2512.00 transaction to Virgin Atlantic really wasn't anything to do with me!  I immediately signed the form and put it back in the post to them.  NO!!! IT WASN'T ME!!  I would have thought that this particular fraudulent transaction would be easy to catch the culprits - who's sitting in the seats booked on the Virgin Atlantic flight?
Who ever it is - IT WAS THEM WHO DID IT! 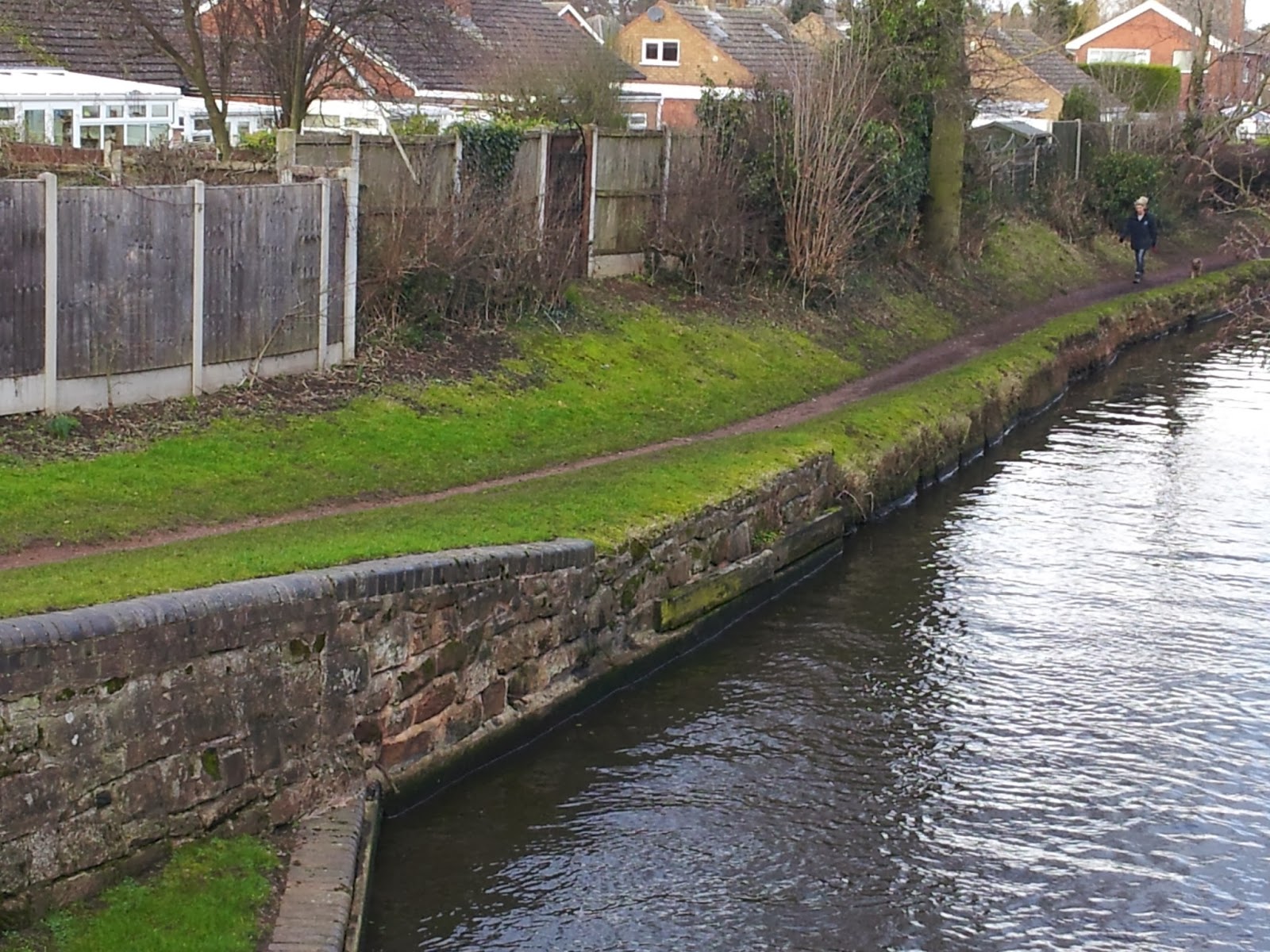 The worst lock for a single handed boater - no bollards - or anything else to tie a rope to
(Filance Lock, Penkridge) 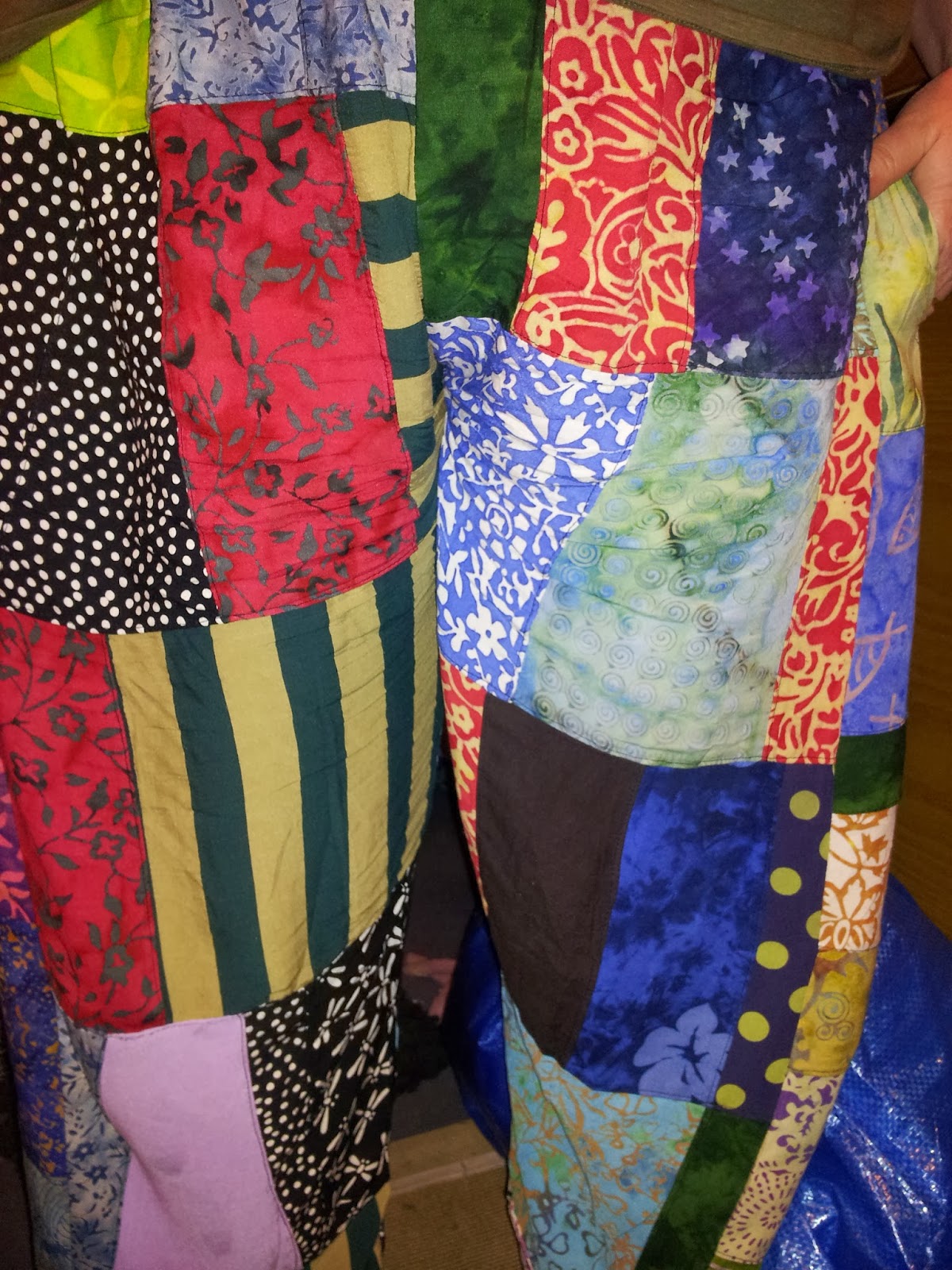 Does my bum look big in this?
I finally got my new fancy pants trousers, which I'd ordered on line, to be delivered to and collected by me from Penkridge Post Office.  Great, the system worked!  My last pair had literally fallen apart. 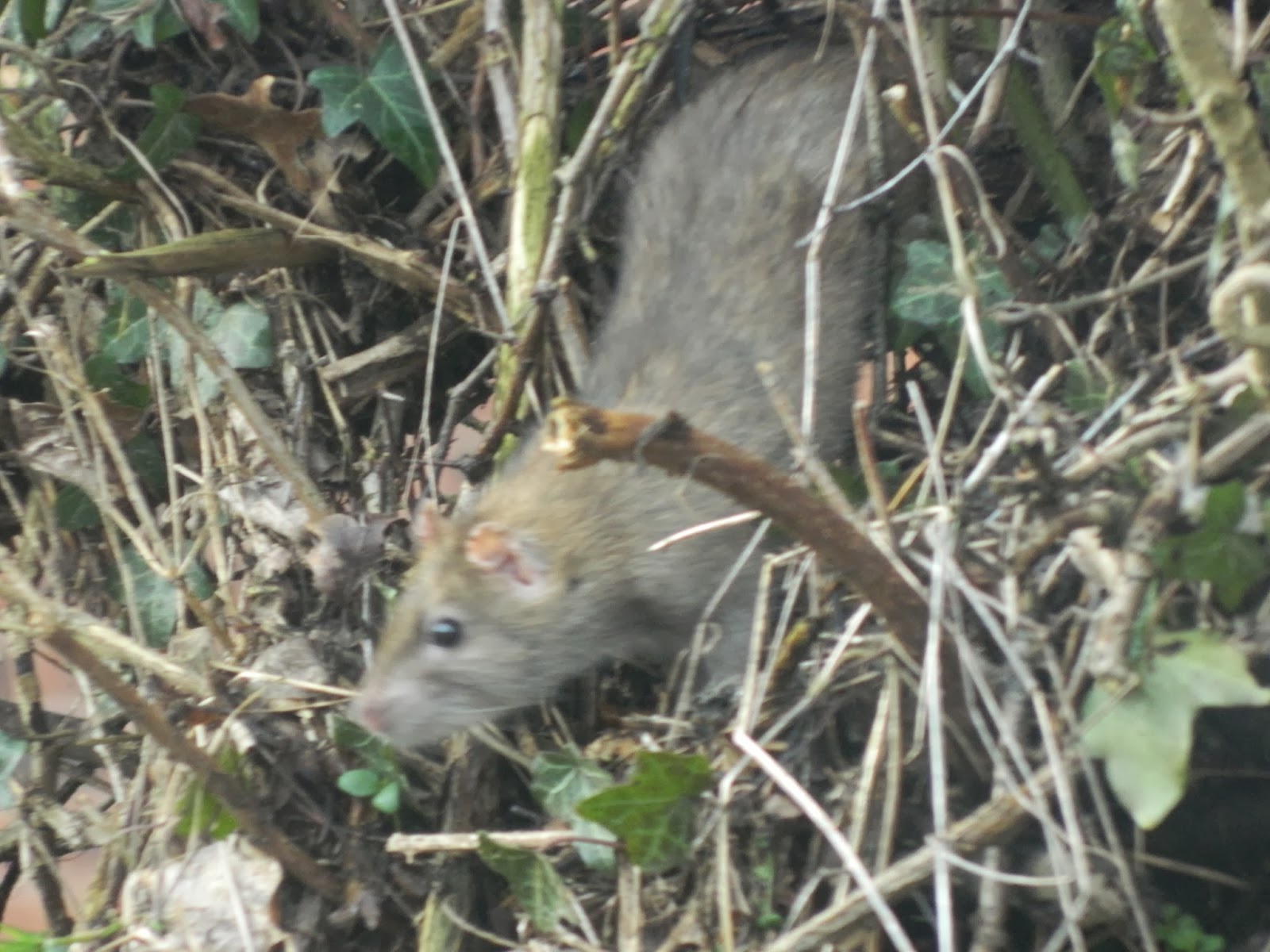 Unfortunately this is not a water vole!  It's a great big fat rat. They - there's definitely more than one of them - live in the hedgerow where we've moored, so we won't be putting out any bird feeders!  It seems that a dog walker comes along each morning and throws a load of bread on the towpath, which the rats collect and take home with them to their den in the hedge, in broad daylight I might add.  Granted, there are loads of sparrows here chirping away, but there's no bread left for them once the rats have had it.  A fact which escapes the bread throwing dog walker. 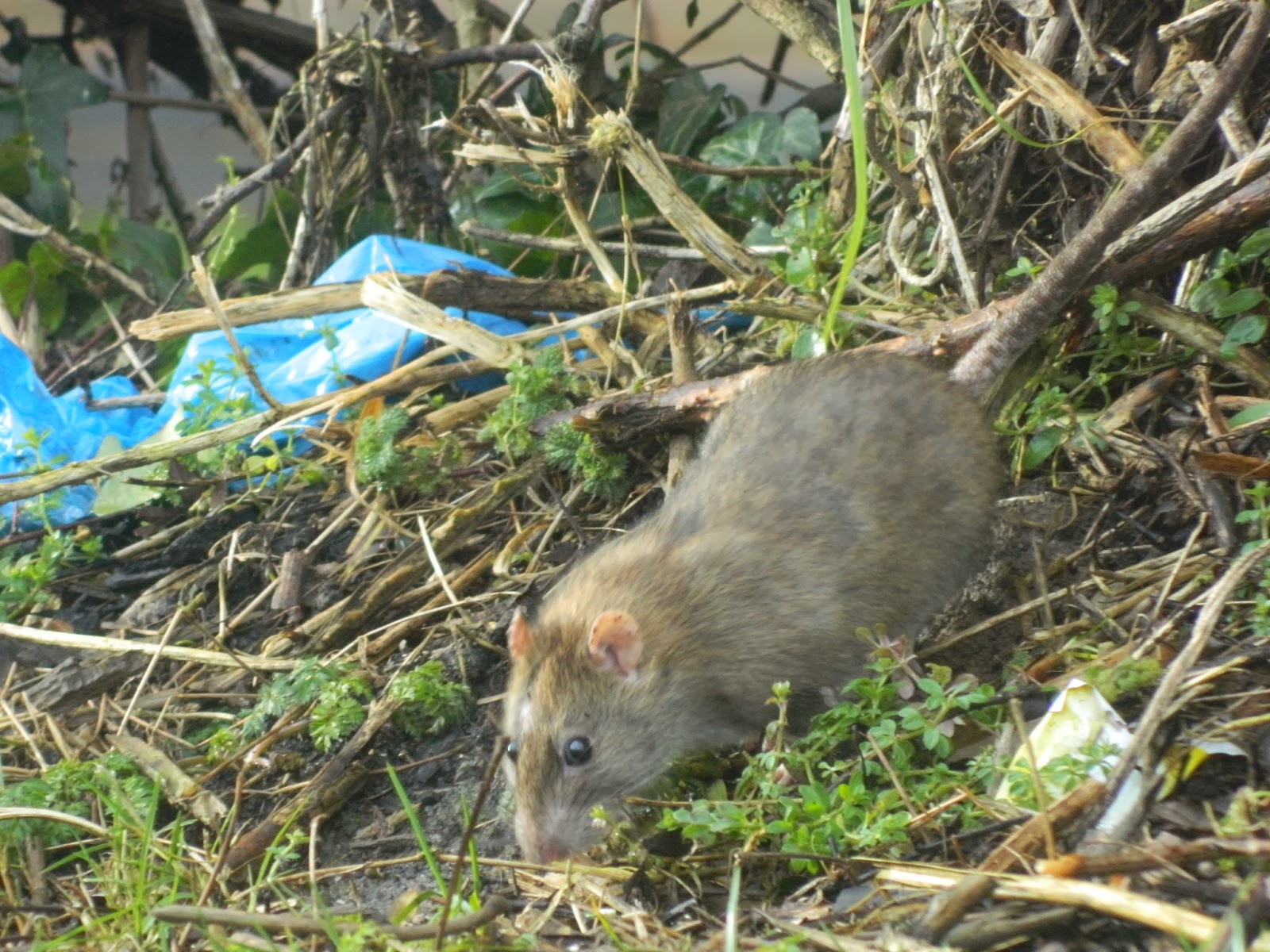 Whilst having lunch with Mum & Tony on Saturday, I was aware that the side of my face had begun to throb.  Now I've had this problem before, which resulted in three days of extreme pain due to something wrong with a tooth.  When it first happened in July, I visited my dentist to find out what was causing the pain.  Nothing wrong with the tooth he says, by this time I couldn't distinguish whether the pain was from my tooth or my ear, so I then went to the doctor, thinking that it must be my ear.  Doctor said there was nothing wrong with my ear, but to come back in a few days if the pain persisted.  Thankfully the pain eventually went.
It happened again in November, but the pain stopped after a few days so didn't go to dentist - or doctor.  Then again in December just before Christmas.  Again, I went to the dentist, who said he couldn't see anything wrong with the tooth, and took and x-ray to compare with one previously taken.  He did say however, that it was probably something under the tooth and to make an appointment for either extraction, or root canal work (i.e. one visit or three visits).  Then came Christmas and we were away on the boat.  The problem tooth was forgotten about - until Saturday!  Sunday morning I woke up with a very swollen face and in extreme pain.  By Monday morning I couldn't speak and the side of my face was like a football. I couldn't find an NHS dentist willing to see me, so I opted for a private dentist here in Penkridge.  By this time I was desperate.  I managed to get an appointment Monday afternoon.  The dentist took one look at my football face, said there was nothing he could - or would - do until the swelling had gone down.  I had a severe infection and prescribed a course of strong anti biotics and penicillin. 5 mins = £70 kerching!!!   So that's no alcohol for me for at least a week.
So we're now hanging around Penkridge until I can get back to the dentist for the tooth to be extracted hopefully next Monday.  I do hope he can just get rid of this troublesome tooth - we have tickets for a Transatlantic Sessions fiddley-eye-diddley-eye concert in Birmingham next Thursday night!
Oh, I almost forgot to mention - NB Seyella came past yesterday, just had time to shout hello!
Posted by Sue Hunter at 18:40

We love the Penkridge Market too. It's such a great feeling to fetch up somewhere, walk into town, and find a market going on with well, just everything you never knew you needed and a few things you did know about!

I hate seeing rats near the boat. They give me the heebie geebies.
Stay warm, stay dry!
Jaq and Les
NB VALERIE