After the saga of my tooth, we waited a week in Penkridge whilst I was taking anti biotics and penicillin, hoping that the swelling would go down, and the infection would clear up.  So that was me tee-total for a week.  Watching the six nations rugby without a beer was not something I've done for quite a few years. The Dentist was then happy to extract the tooth (for a handsome price).  He warned me that it was unlikely that the tooth would come out intact, and to prepare for incisions in the gum to get all the bits out, as the infection had been there for some time and the tooth was on the point of disintegrating.  Again, if the infection was that evident - even I could make it out on the x-ray - why didn't Chirk dentist pick this up!  Anyway, after pulling and heaving, the tooth finally came out whole, which was nice.  We then made a dash for Birmingham, as we had tickets for "Transatlantic Sessions" in the Symphony Hall in a few days time.  We have (so far) been lucky with the weather, and moving when the weather allows, sitting it out when it's raining. 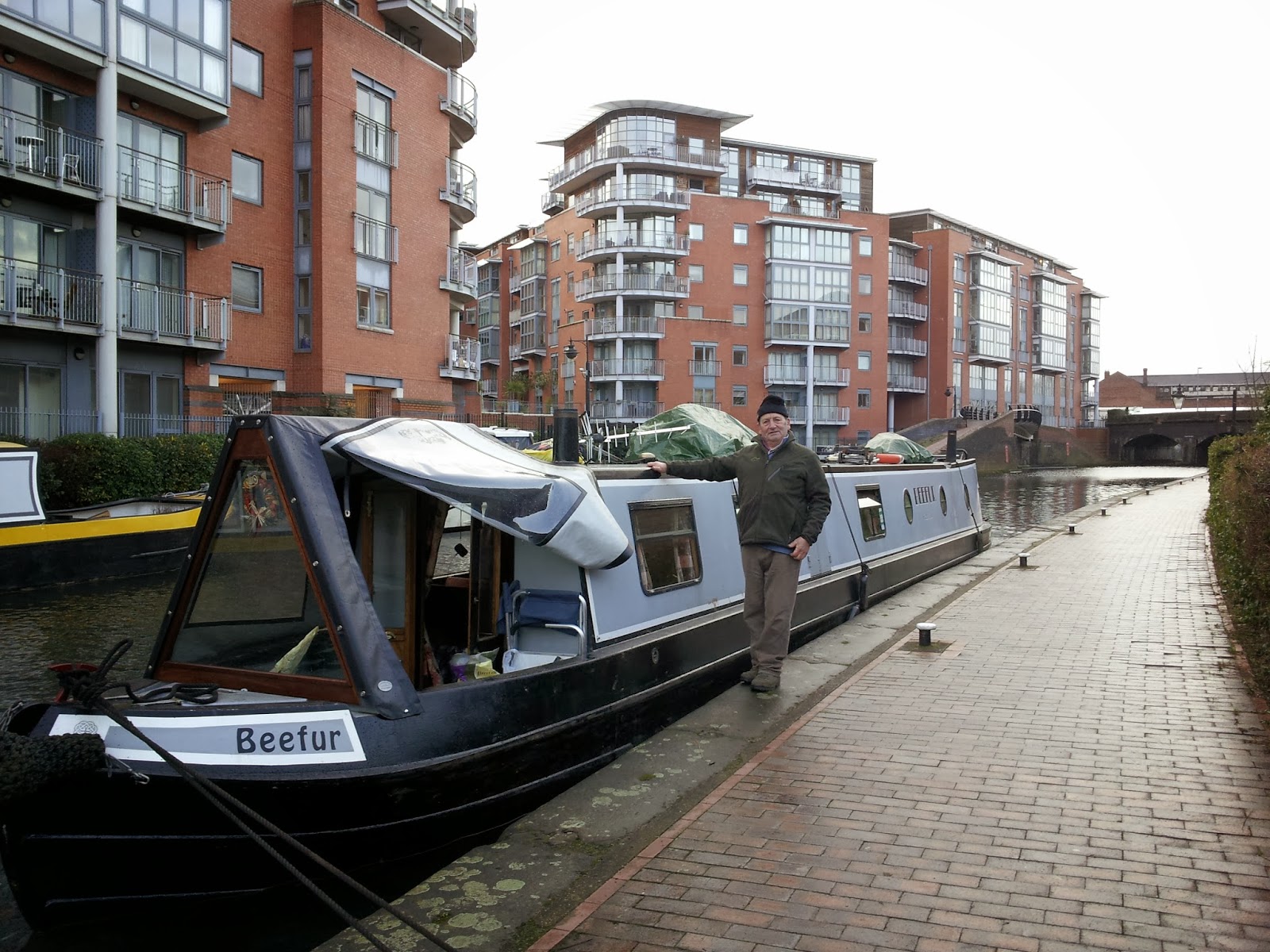 We were lucky enough to moor in our preferred place - outside the old Fiddle & Bone, in the hope that Nemo can nip inside the closed gates and have the place to himself, rather than just on the very busy towpath. 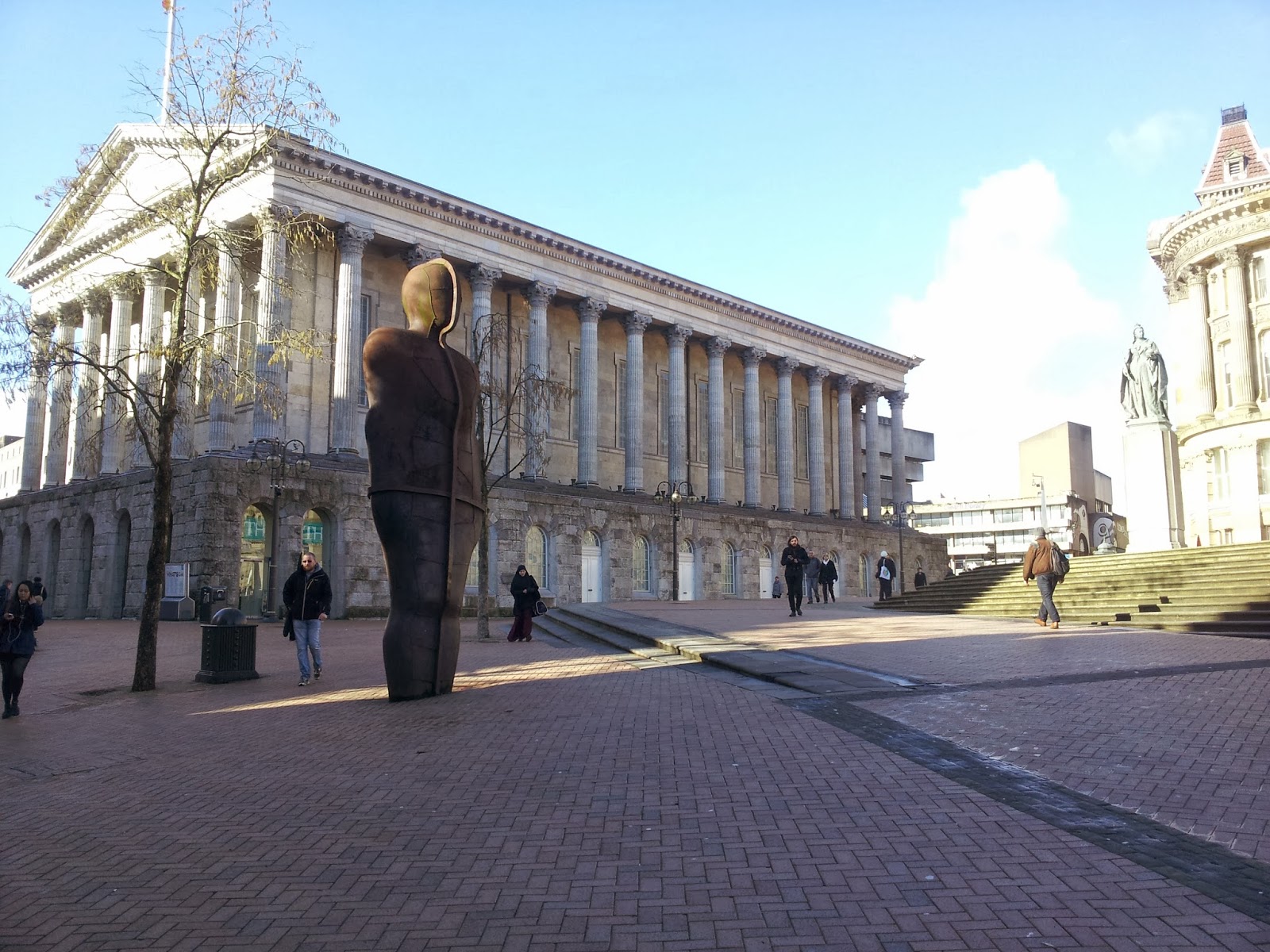 We spent time wondering around the city, and round the markets (no sign of Pan Pipe Man though).
The pic above is of "Iron Man" by Antony Gormley outside the Town Hall - where we went to see Cerys Matthews perform in December. 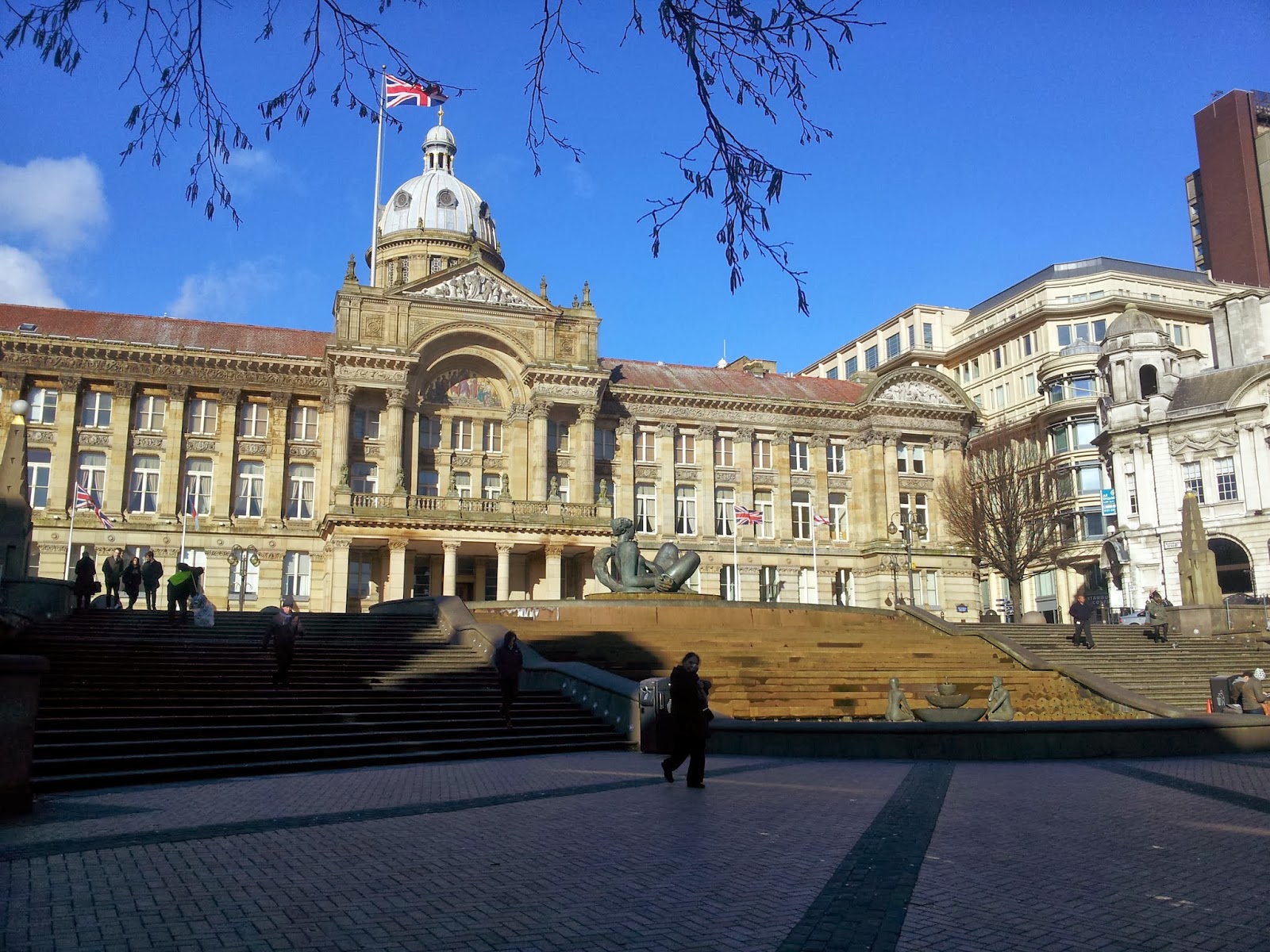 Birmingham Council Offices in Victoria Square, and the fountain (a.k.a. The Floozie in the Jacuzzi) 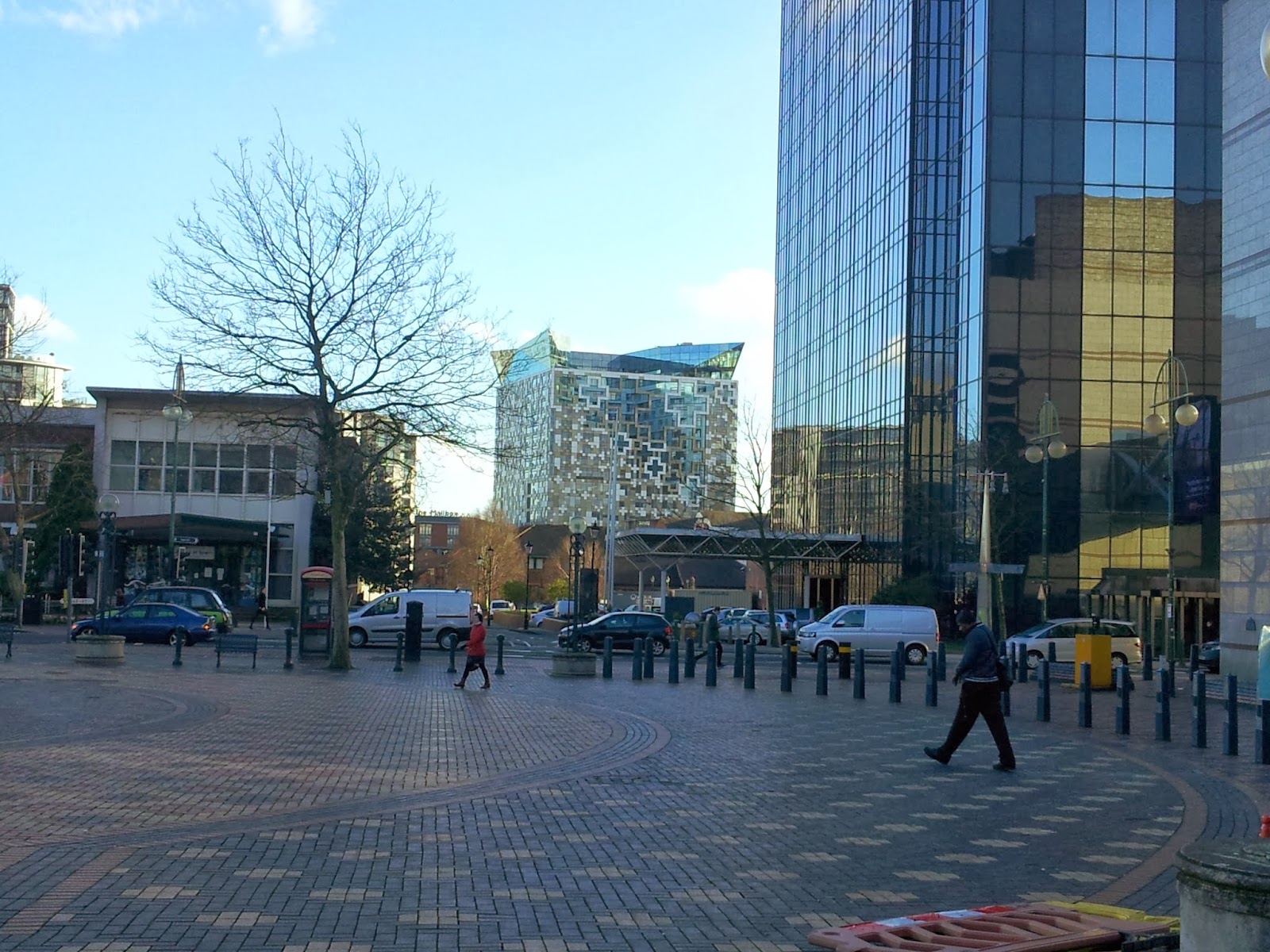 Picture taken at the front of the Symphony Hall, with the Cube visible centre 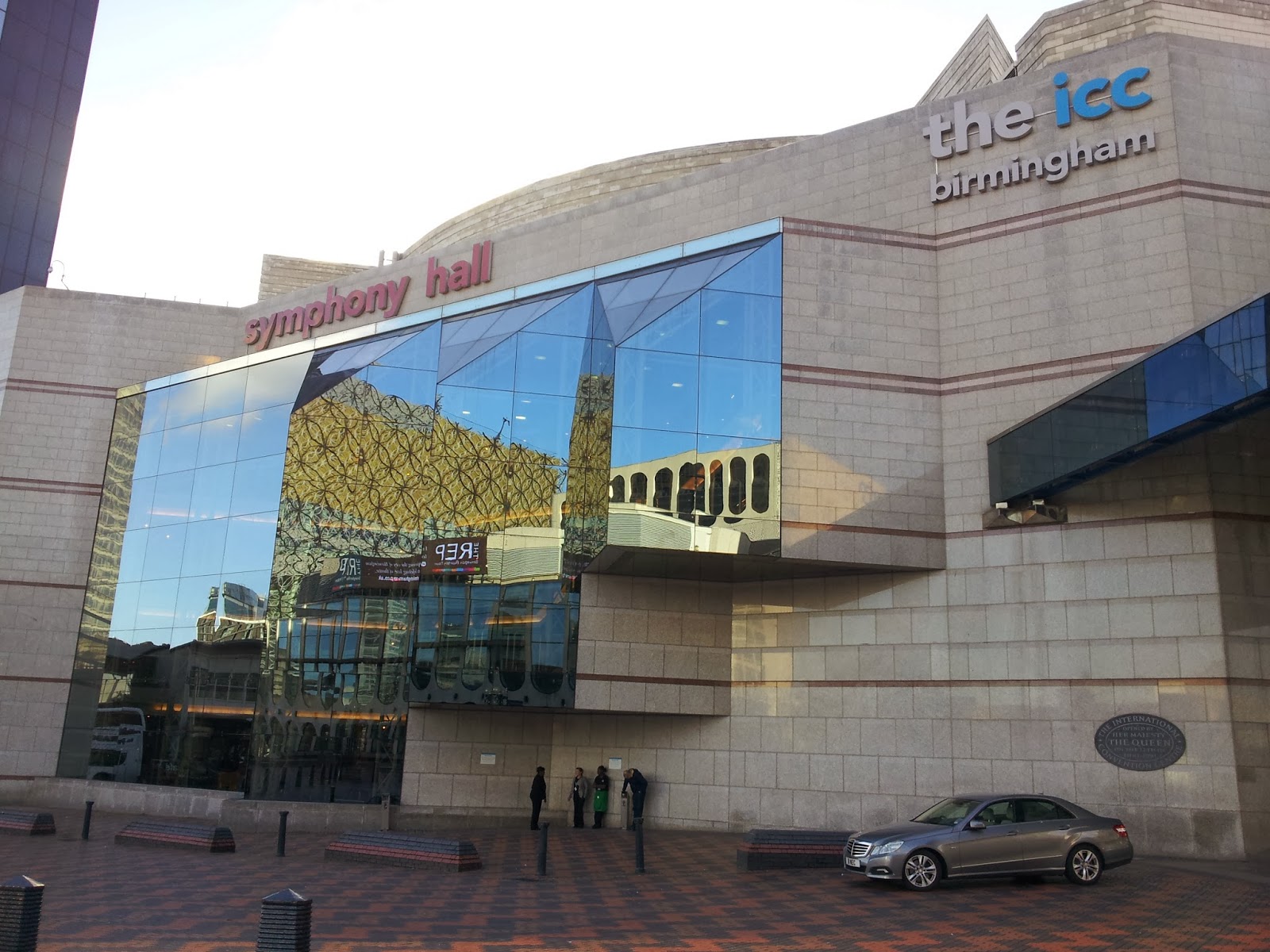 Symphony Hall, with the reflection of Birmingham's new library. 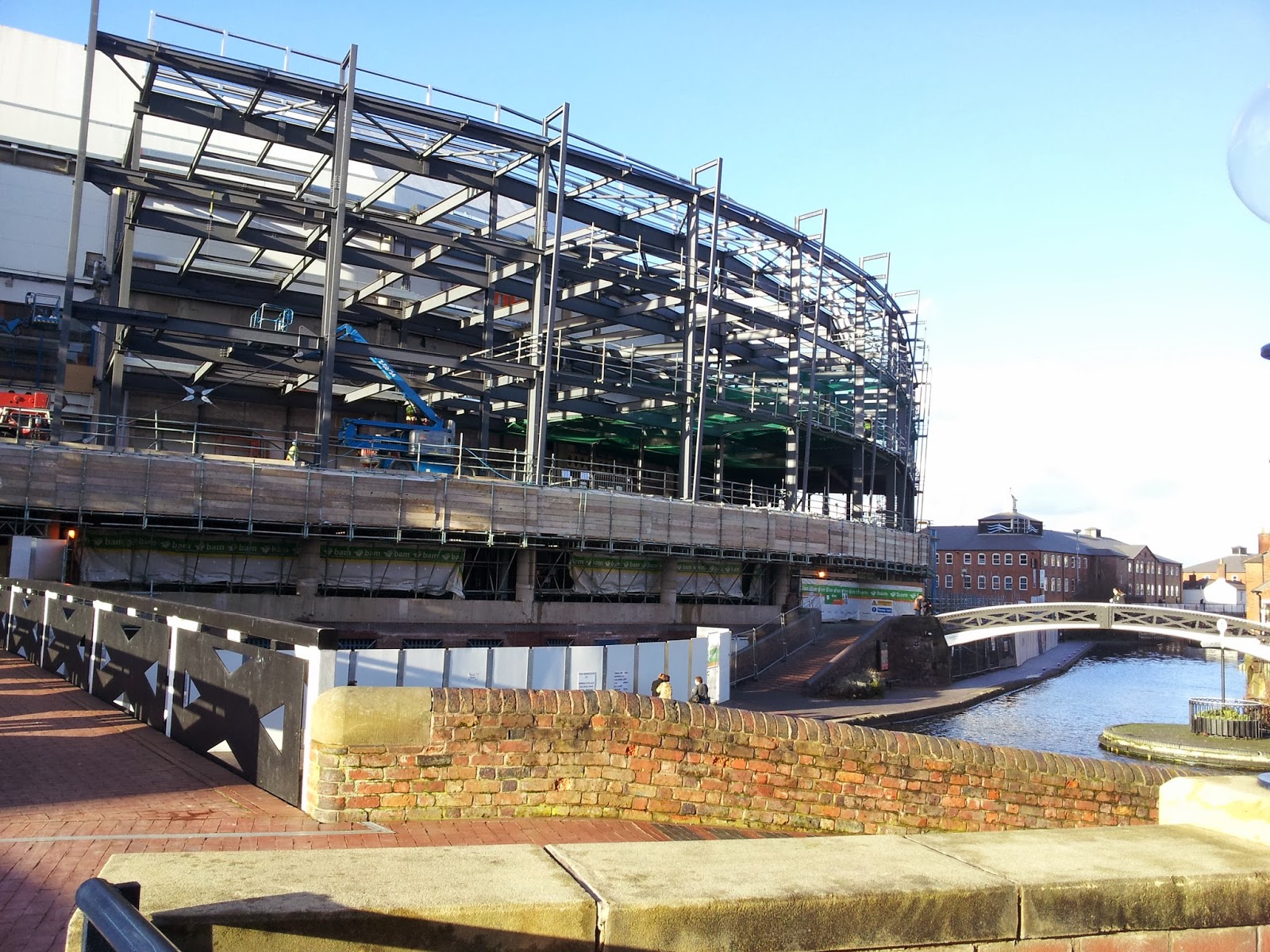 Work is progressing on the redevelopment of the NIA.  They are constructing a new entrance which will overlook the canal. 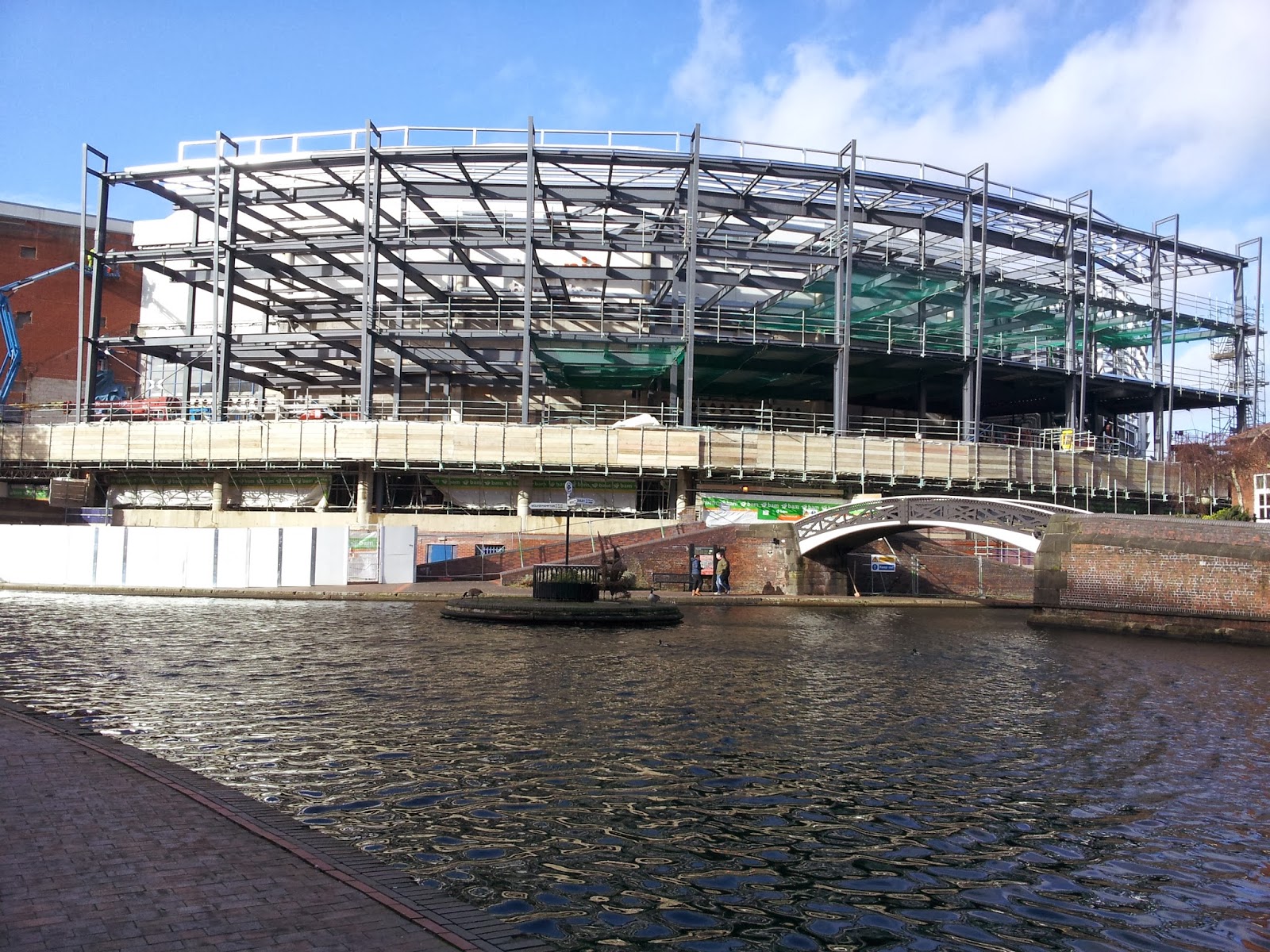 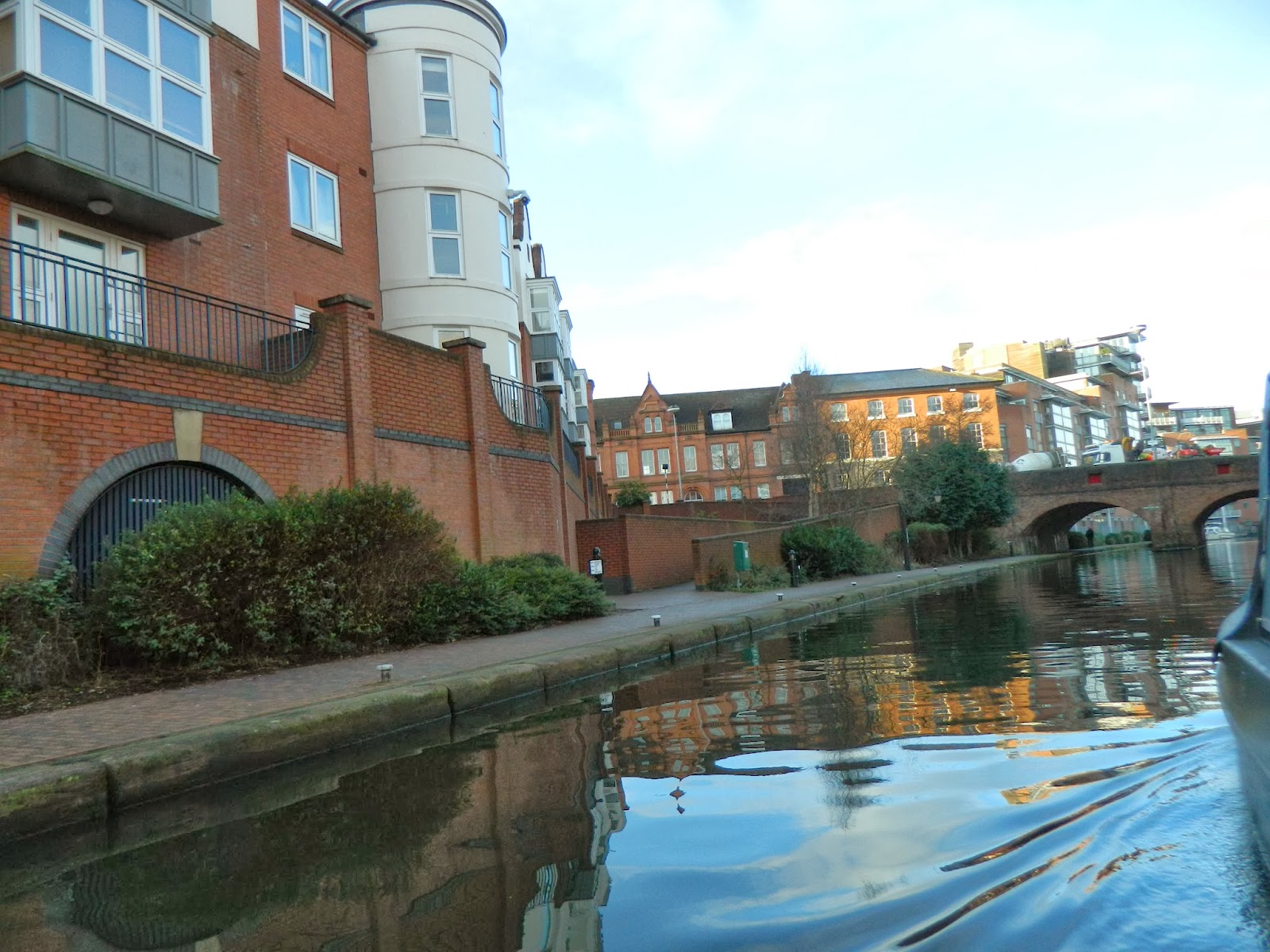 Views of the fancy apartment blocks in the city. 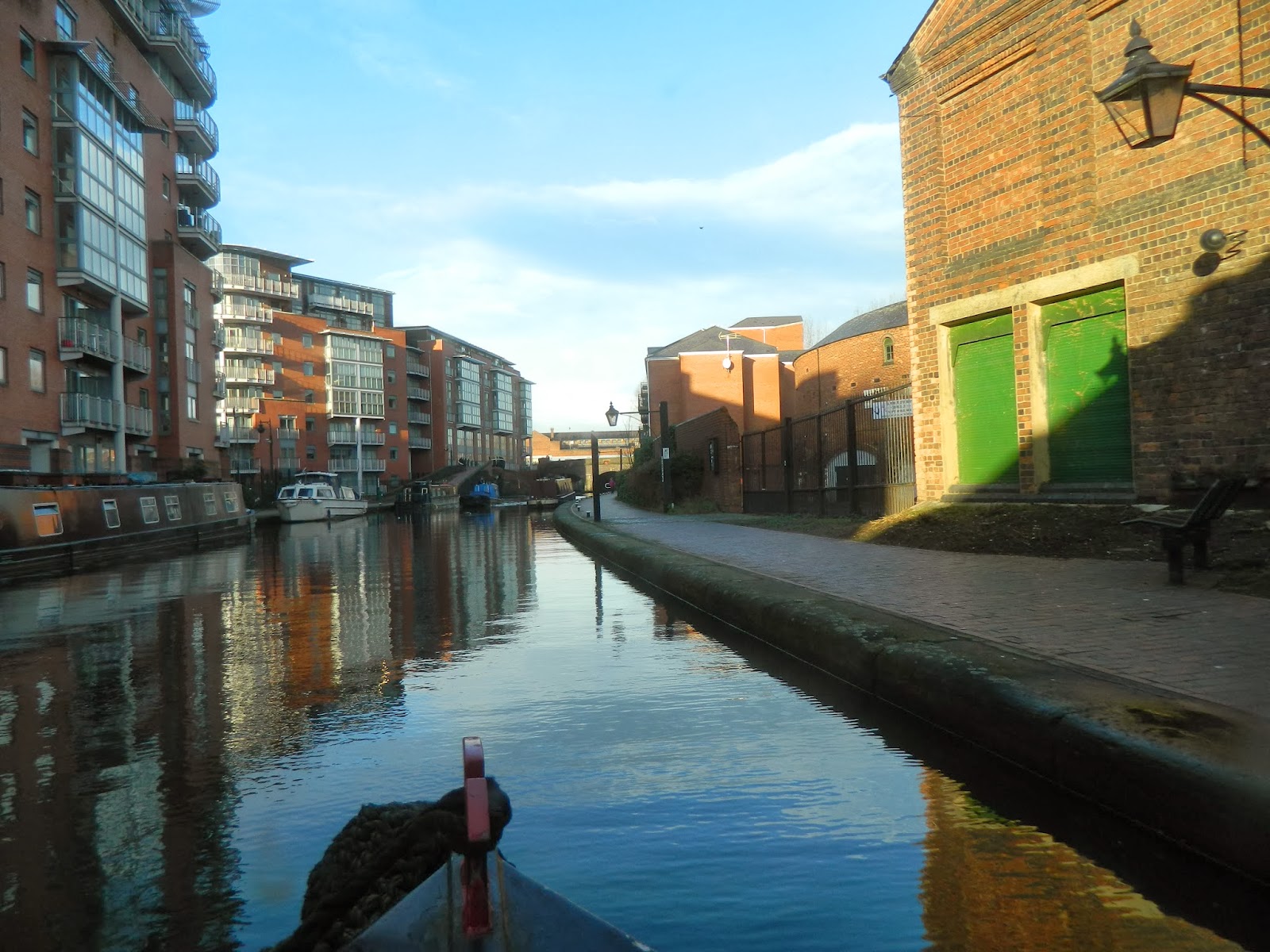 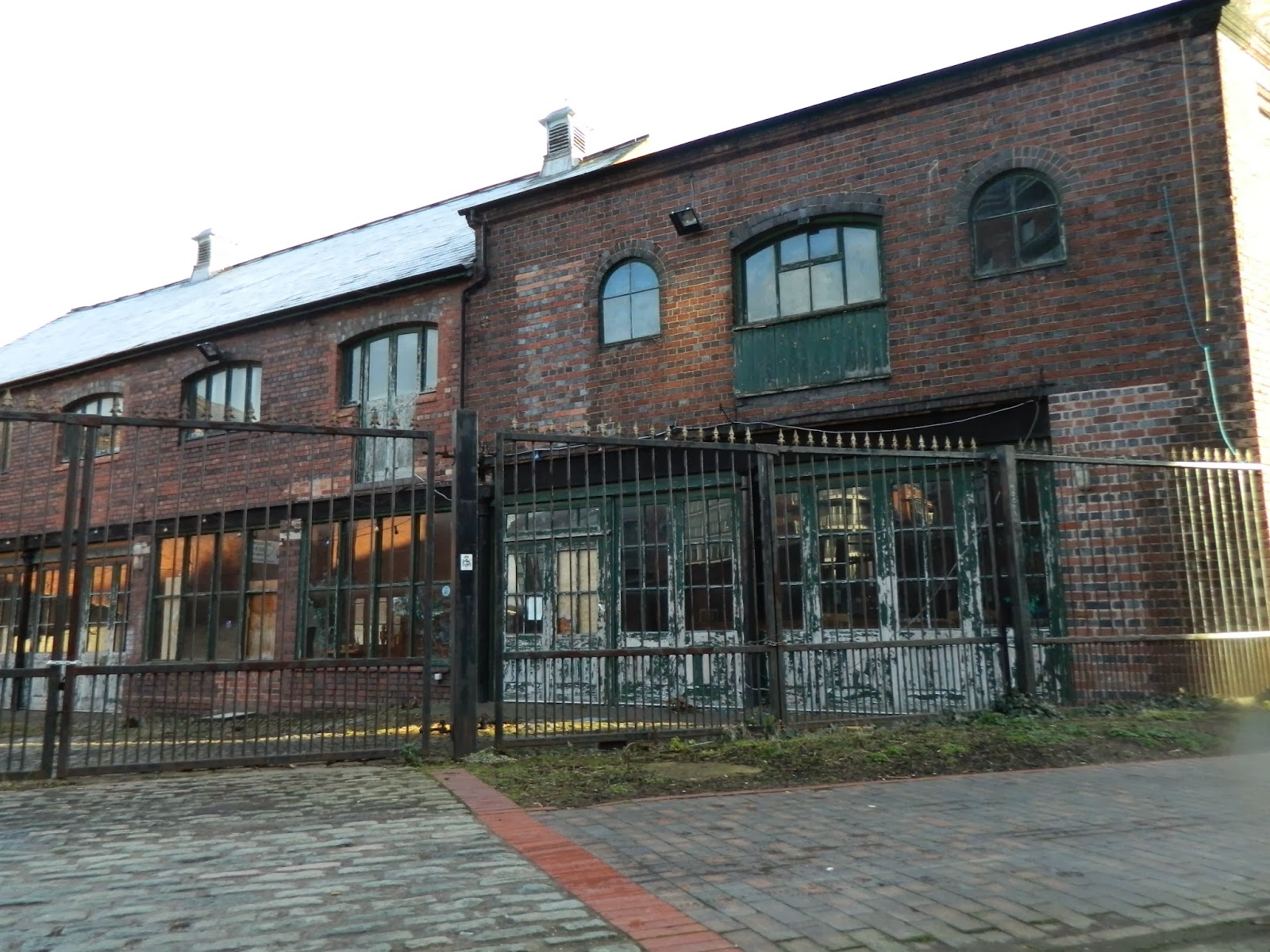 The Fiddle & Bone.  Once a thriving live music bar, with different types of music every night of the week.  Sadly now derelict, despite years of legal wrangling.  Apparently, Sherbourne Wharf are going to take over the buildings.  No sign of life yet though. 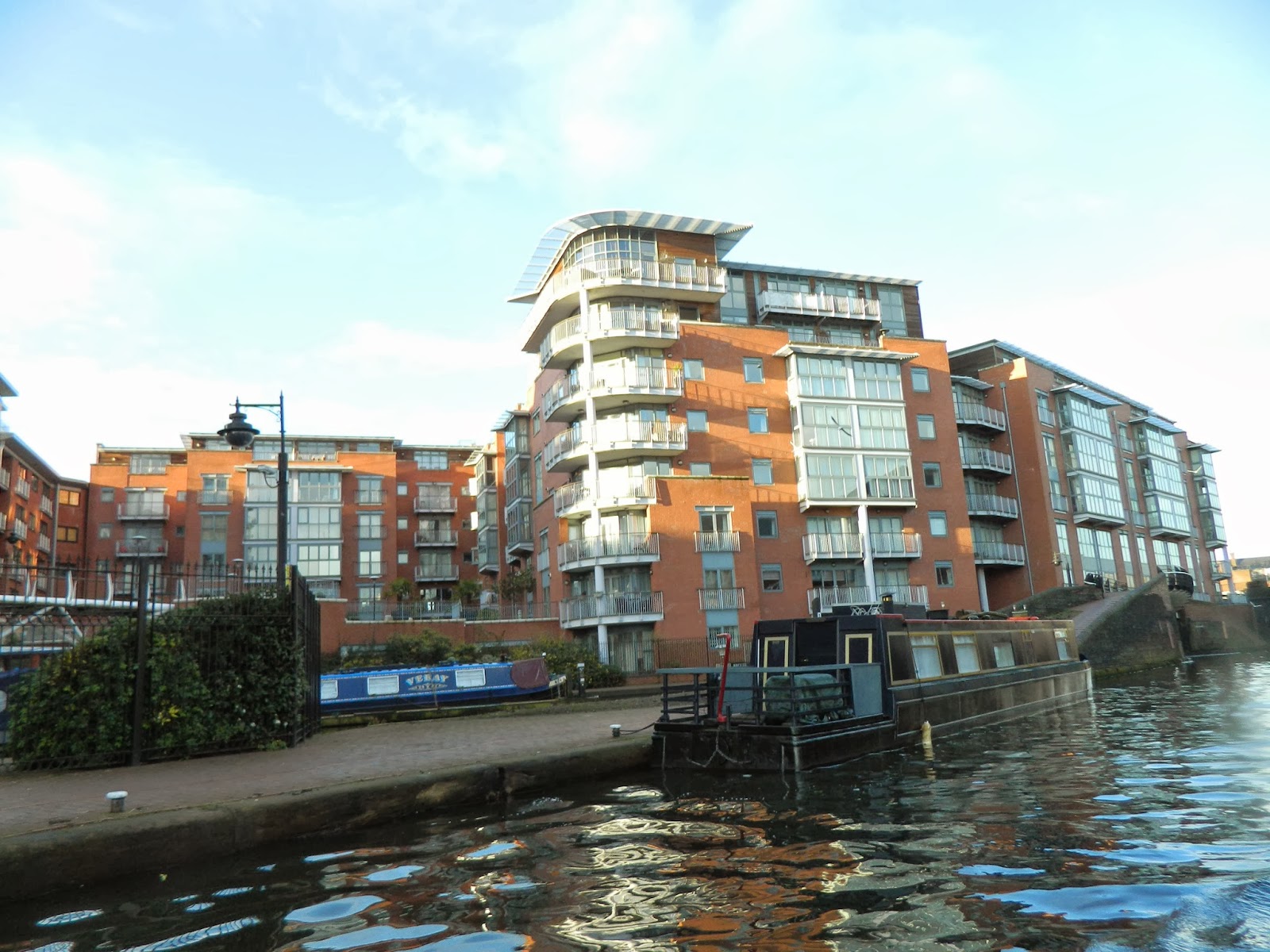 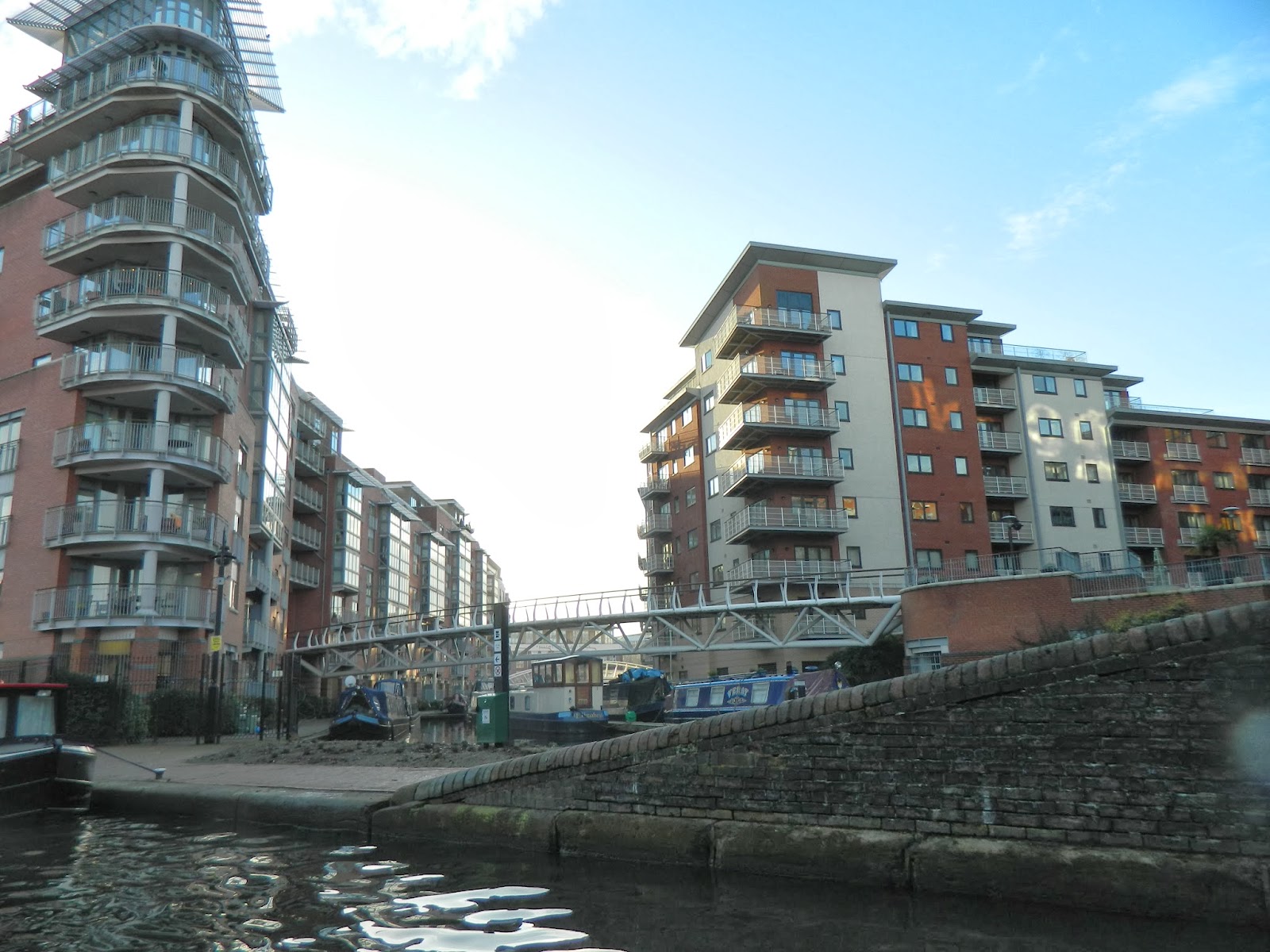 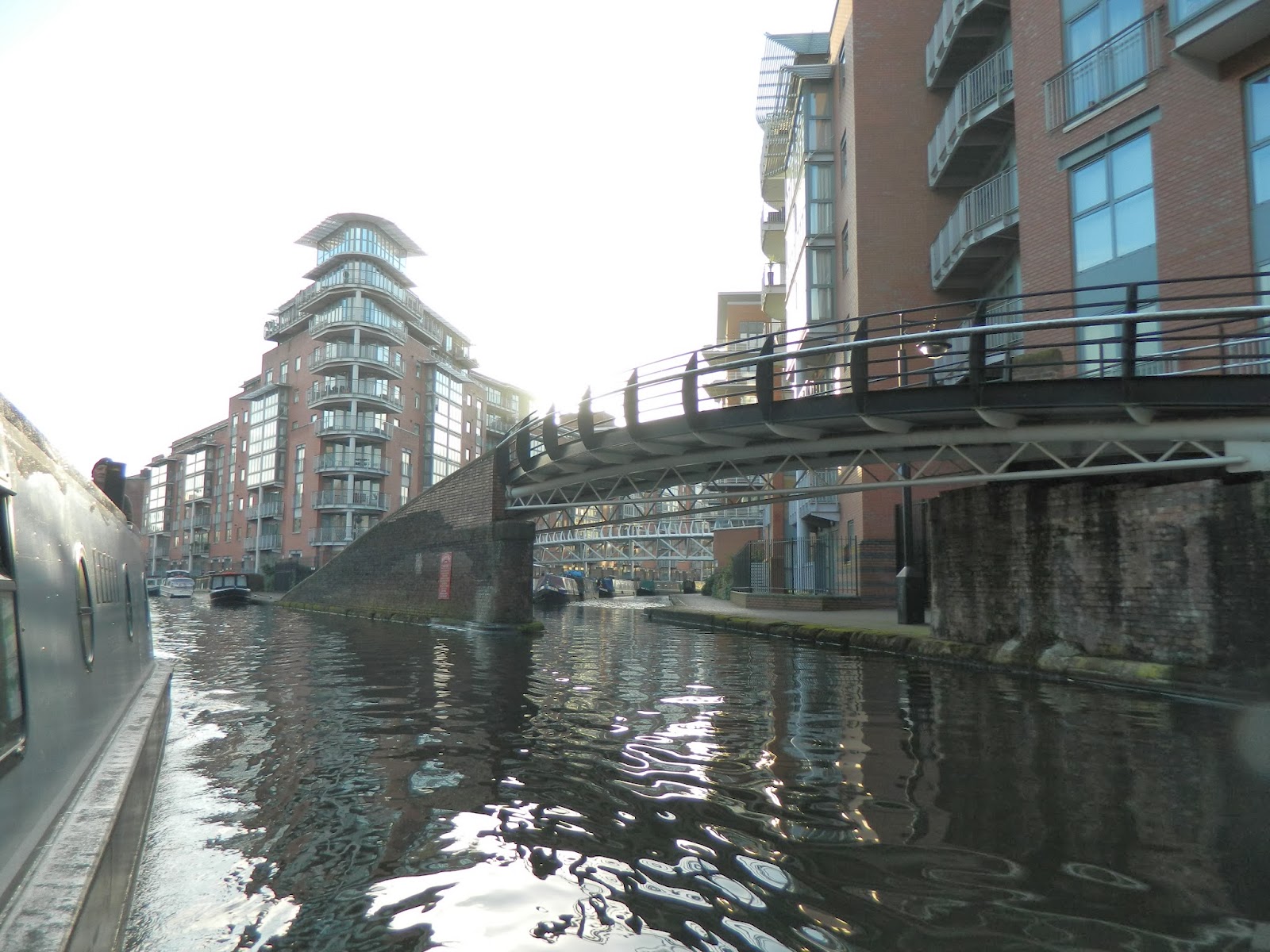 Looking back into Oozells Street Loop.
As I said previously, we did a tour of the markets.  I especially like looking round the meat market, looking at all the mysterious cuts of meat, and the vast array of shellfish on offer.  I wanted to buy a chicken, and approached one stall with this firmly in mind, as the shopkeepers can be very loud, and sharp - and persuasive.  Still no use - I came away with three small joints of lamb.  Ah well, lamb it is then for the next few days - which turned out to be a tasty change - especially nice to be back on solid foods now that the gaping hole that was a tooth has cleared up.
Posted by Sue Hunter at 12:18