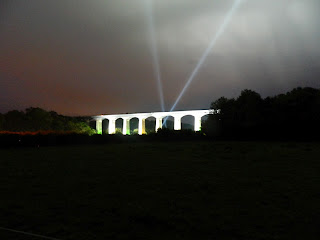 The rain thankfully held off (well almost) for the spectacular illuminations of the Pontcysyllte Aqueduct last night (Thursday).  It truly was a unique fantastic event - and free! 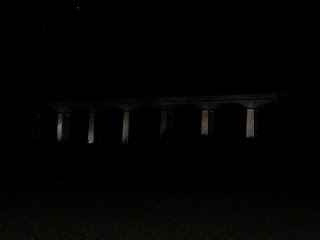 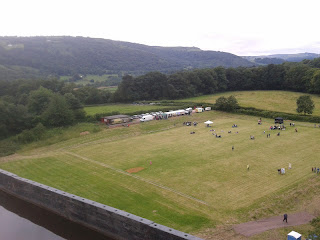 This pic was taken at about 6.30pm from the top of the Aqueduct, as people started to arrive. 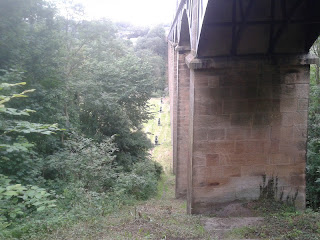 Spotlights in position underneath 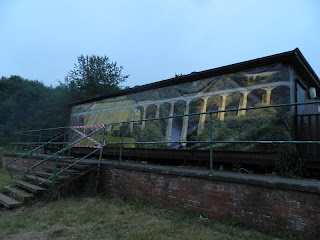 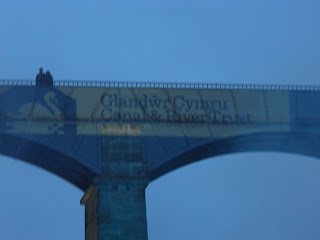 Glandwr Cymru / Canal & River Trust was projected onto the aqueduct Unfortunately we missed the Fron Choir performing, this is The Paul Sturman Band, who were fantastic.  I was in school with Paul Sturman  - I wouldn't have recognised him as it's over 30 years since I've seen him, I had a bit of a clue as to who he was, in the title of the band.  He's now grey and a bit more portly - unlike my svelte self with auburn locks!  (Yeh - I'm pushing it a bit) 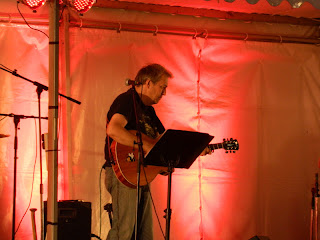 Anyway, the lightshow was just brilliant, with a few hundred people attending.  There would have been a few more I'm sure, if it had been advertised more than a week before the event! 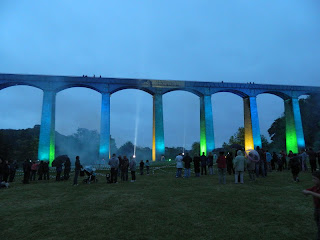 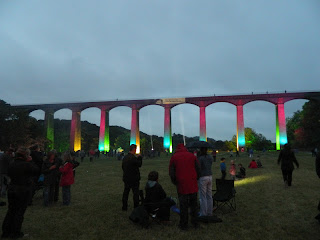 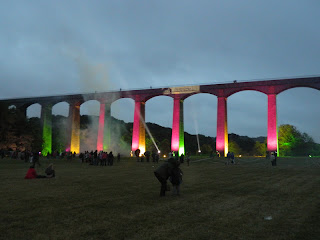 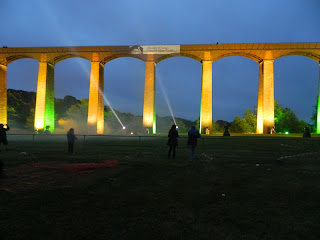 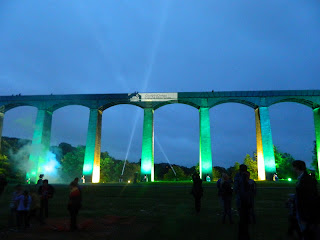 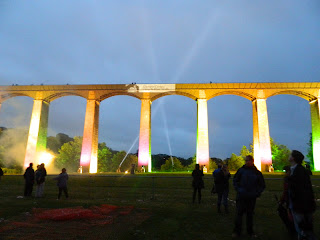 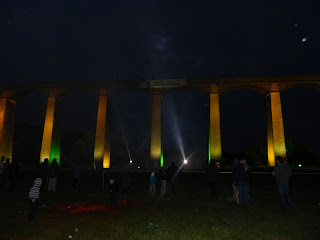 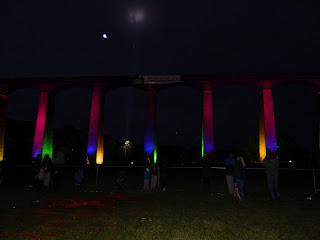 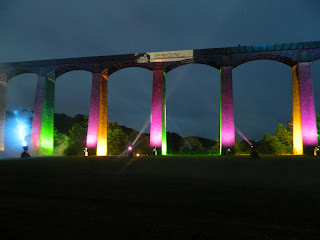 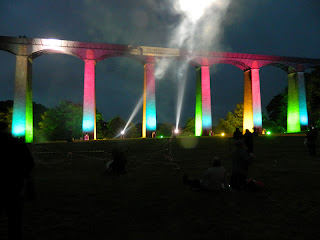 Once it had got (much) darker, there was a laser show.  Unfortunately not particulary great to photograph. 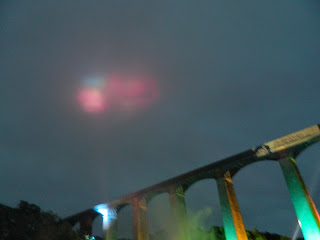 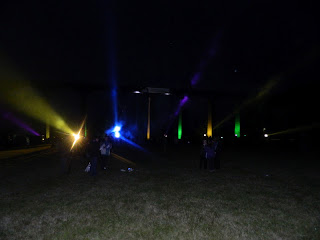 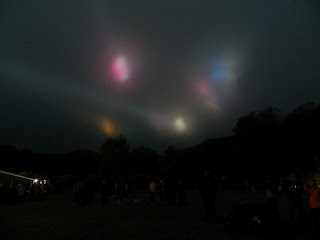 The event took place in the field below the Aqueduct, courtesy of Acrefair Youth Football Club, who have many football teams and matches every week in the field.  The whole field had been mown the week before, and ONE man and a rake, raked up every blade of grass ready for the event (I saw him doing it) so well done him.  Unfortunately, not everybody shared the community spirit due to the amount of rubbish strewn all over the field - cans, burger wrappers, their own picnic rubbish.  Some poor sole will have to pick everything up before the kids practice sessions this Saturday.  Grrrrr!

Fantastic photographs. I take it this was to to with the C&RT launch. We were involved with the Manchester one. Great day and a wonderful event.

great evening lovely atmosphere shame we don't have more events like this. Shame people don't respect the events & location & take their rubbish away. After all its not that often we get free events for everyone

I only caught the end just as it was going dark the lights were great im glad i went.
A no glass bottle policy and aduequate bins are provided for recycling cans and paper the rubbish issue could easily be dealt with