Springwatch at the Limekilns (Part 1)

Well this blog was supposed to be Springwatch at the Limekilns - without Parts 1 and 2, but blogger tells me I have used my 1GB allowance per blog for uploading photos - or that's the way I've interpreted the 'computer speak'.  So apologies, as part 2 will follow shortly.

Back to the blog......  we've had some wonderful birds visiting the feeders, but they're tricky little devils to try and capture on film!  They're getting through rather alot of seed at the moment, and each feeder is emptied by them daily. 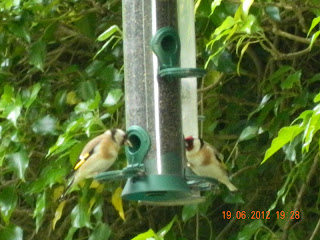 Goldfinches, on Hazel's feeder (next door) 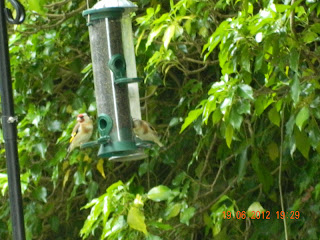 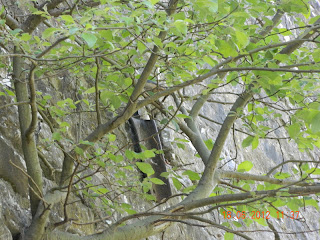 Spot the nuthatch (they're in there somewhere):  This is a family of nuthatches fledging, two have left the nest (a hole in the stonework of the limekilns) and the parents are calling for a third fledgling to come out and join them.  After about 15 minutes of frantic calling and back-and-to, the reluctant chick finally emerged, and they all moved off accross the canal. 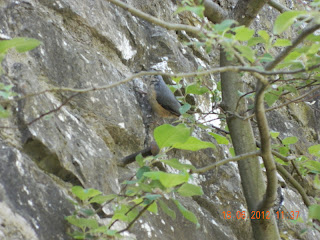 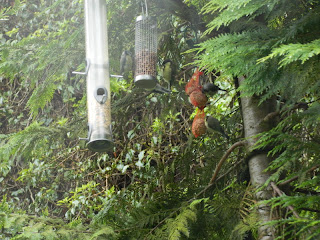 Loads of little bluetits have found the feeders.  Thankfully the cats haven't picked off any of the fledglings, despite sitting under the feeders for hours at a time. 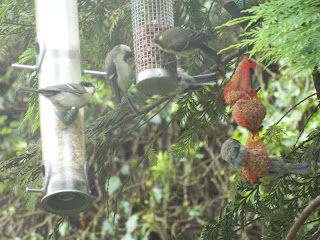 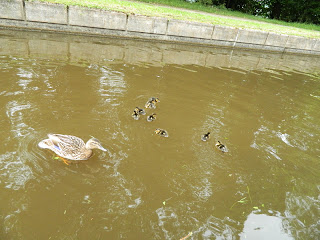 At last - some ducklings!  The first hatch back in early May didn't fare very well due to the cold wet weather which followed the mini heat wave.  Let's hope this lot do a bit better.  There's still 5 of the 7 left, so fingers crossed. 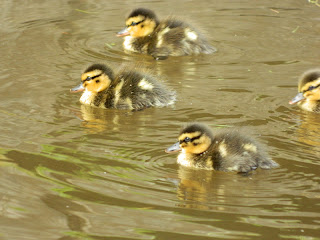 On a totally unrelated matter - I went to the hairdressers for a spring spruce up.  All was going well, none of the inane conversations that usually associated with hairdressers, "have you been on your holidays yet?" etc.  Just silence. Lovely. Until a question:  "have you been watching the Cardshians on the telly?"  Wow! I thought, that's a bit of a surprise, the hairdresser is asking me about some intellectual programme about ancient Greeks, or were the Cardashians Roman (history isn't my strongpoint).  Blimey, I've been missing this BBC4 really interesting history programme, who's hosting it? Tony Robinson? or is it a bit more high brow with Robin Lane Fox?  All these thoughts racing through my mind whilst the hairdresser is standing behind me waiting for an answer, hairdryer pointing at me, eyes penetrating in the mirror in front of me.  Then it dawned on me. Duh!  Kim Kardashian.  The model, cum American 'socialite' cum reality tv star.  No - I haven't seen it, I eventually say.  The hairdryer was then fired up, and I heard all about the tv reality show "keeping up with the kardashians".  I'm still no wiser though - at this point I fell asleep in the chair.﻿
Posted by Sue Hunter at 19:03