We've been busying ourselves getting ready for our cruising season - which in our case is September to March/April, which involved getting Beefur blacked before we go. 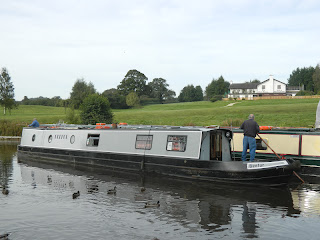 Before blacking, Beefur is looking rather "tired" 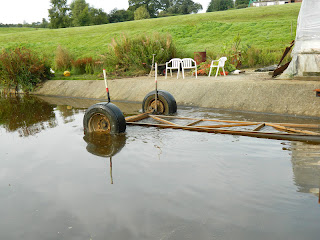 Blacking the boat involved getting Beefur out of the water, by lowering a "cradle" which was reversed into the water on the slipway at Chirk Marina by a tractor 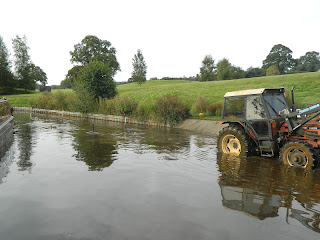 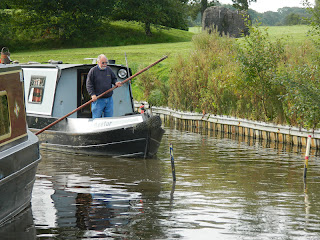 Once the cradle is in the water, the boat is manoeuvred into position over the cradle, aligned with the poles you can see sticking out of the water.  Vic, Dave's colleague at Chirk Marina kindly poled the boat into position.  Yes - one usually drives the boat onto the cradle, but in this instance, for reasons which will become apparent, the boat was poled. 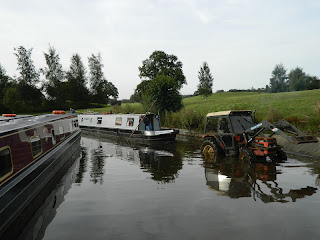 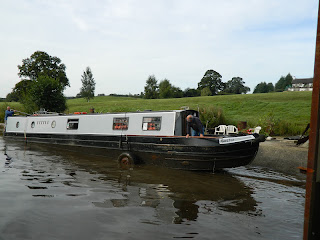 Once in positition, the boat is then pulled out of the water, and into the big shed. 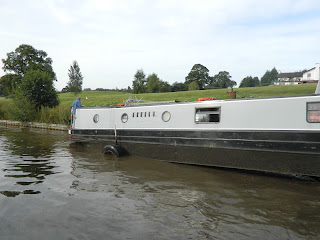 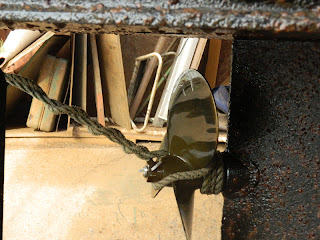 And this is the reason why the boat had to be poled onto the cradle!  When arriving at Chirk, Dave threw a rope in an attempt to loop around the back sticky upy bit (I'm having trouble remembering some words, must be my age).  Something he has done hundreds of times (though not when a boat was in gear), unfortunately he missed, Beefur was in gear, and the inevitable happened - the rope wound around the propellor.  Dave just shut off the engine, and hoped the rope would be retrievable once out of the water, so he could see it - hence poling the boat!  Thanks Vic. 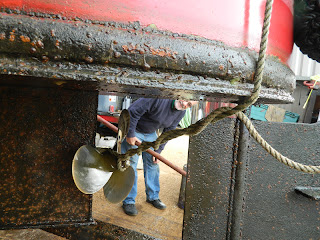 Luckily the rope was easily dis-entangled.  Dave's colleagues at Chirk Marina thought this was hilarious - here's Pete having a good look. 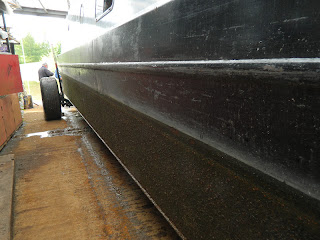 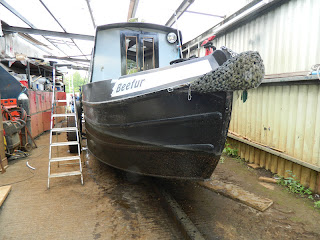 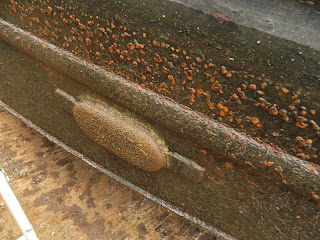 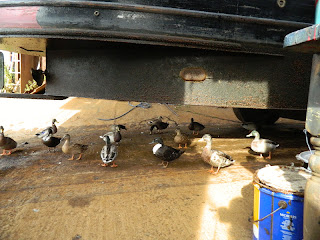 As soon as the boat was oiked out of the water, loads of ducks arrived to see if there was anything juicy to be had from the debris on and around the bottom of the boat. 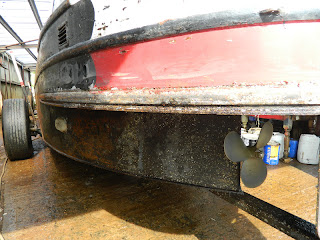 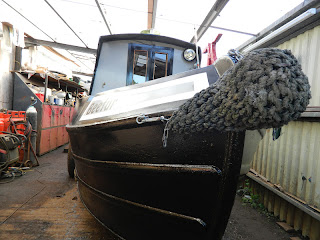 Two days later - all done - one very shiny boat, a very knackered Dave, a traumatised Nemo, and a relieved and proud me! 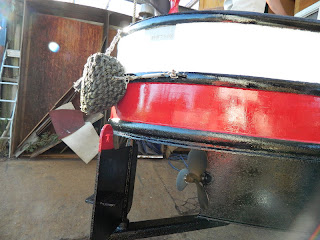 Nice paint job - although I say so myself!  John the boat painter did however take a sharp intake of breath when he saw my handywork! 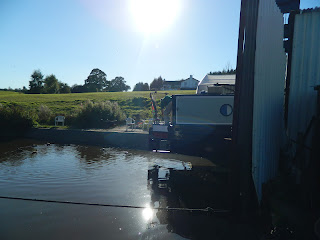 The process is then carried out in reverse, with Beefur slowly being lowered into the water. 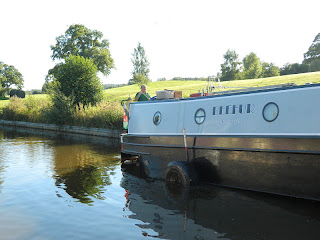 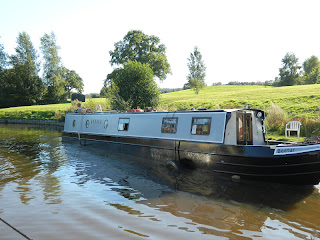 Horray - Beefur still floats.  I don't know why, but I was extremely nervous at this point 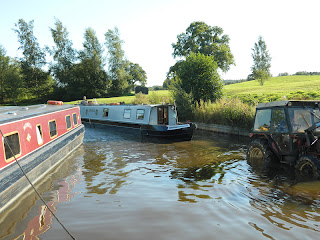 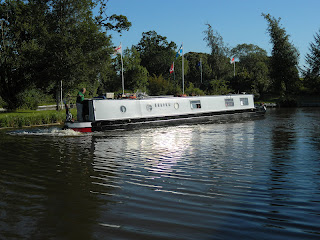 So that's that over with for a couple of years.  We now have a nice shiny boat to go cruising with.
Posted by Sue Hunter at 18:44

Very smart and shiny - I love the last set of pics. So where are you off too then?

Hi J & G. We've escaped. Will blog as soon as I can find the time! 1st stop Park Head Boat Rally nr Dudley 29/30th Sept, then Stourbridge Boat Rally 20/21st Oct. Then it's left or right turn, depending which way the wind blows - but probably Stratford / Oxford / Midlands. Unfortunately too many stoppages to go north. Hope to "bump" into you this winter. SUE

Hi Elsie. Got a rather odd comment from you - a long winded advert extolling the virtues of ugg boots, a bit bizzare I thought - unless you have a new proffession ...... SUE