Sans Souci has been sold and we've delivered her to her new owners at Whixall Marina - so not that far away, and we will no doubt see her again.  Dave was very sad to see her go, after all, it was his home for 18 years, but time moves on, neither of us are getting any younger, and single handed boating was becoming more difficult and cost prohibitive, so having the two boats was rather over indulgent.  Besides, we have a wonderful home on Beefur.  We will both sorely miss the dunky dunk of Sans Souci's single cylinder Armstrong Siddeley.  I'm sure the new owners will appreciate her as much as we did.  Farewell Susi Babe. 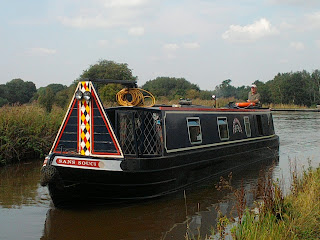 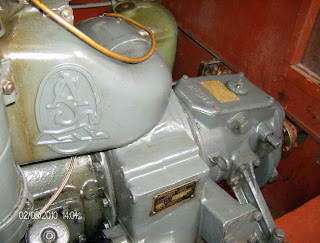 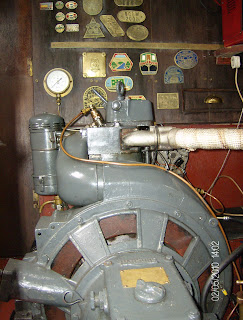 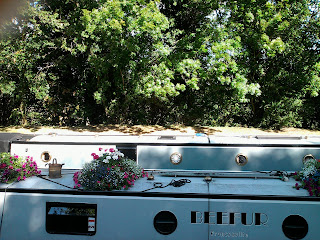 The flowers are lasting well, so a few indulgent snaps to follow.  Hope they last a couple more weeks till we get to the Stourbridge rally mid Oct.  Makes driving the boat a bit tricky, you have to look down the sides as the geraniums are too high.  Ah well, it adds to the fun, and the colours are fantastic.  They've taken too much TLC to get rid of them, the roof will be back to just wood for the fire in no time, so we'll just hang on to this last bit of summer on the roof. 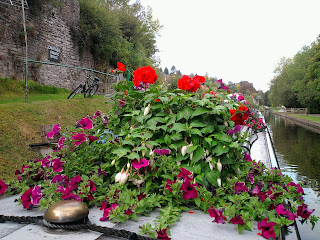 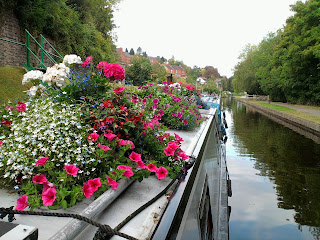 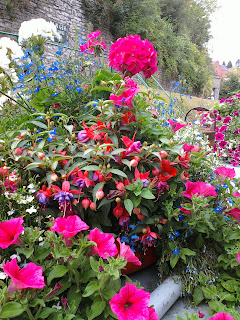 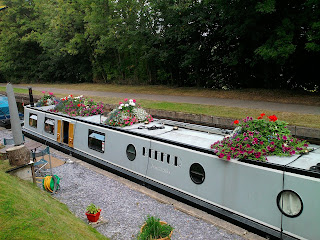 We're all set for the OFF on Sunday.  The engine has been serviced.  I've stocked up on spares.  I've washed everything that wasn't tied down.  Brasso-ed the things that were tied down till I ran out of elbow grease.  Hazel next door is a whizz with the chain saw, so we've cut up the last of the big logs we collected last winter, in the vain attempt to load them on the roof for our winter fuel this year.  Dave won't leave any flowers behind,  so there won't be alot of room.  I don't know where the summer went, but it's time for us to leave again till next March/April.  I've been studying the stoppages, and we think we'll head for Oxford after Stourbridge, till Christmas - then tum-te-tum round the midlands. 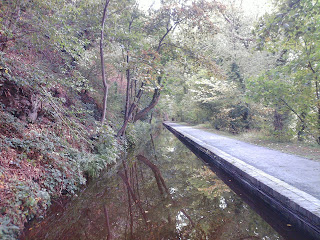 We've had our last trip to Llangollen for this year, and managed to sit outside in the Corn Mill in our coats for a bit before whimping out & going inside, it has to be one of the best pubs we have ever been to, and we're lucky enough to have it as a local.  It's such a treat to get a pub selling 5 or 6 real ales, with views to die for.  The river Dee was running very fierce, but there were still canoeists.  This is a pic of a friend of a friend (sorry about the finger in the shot).  I can see why her nick name is Marbles - cos she's lost em! 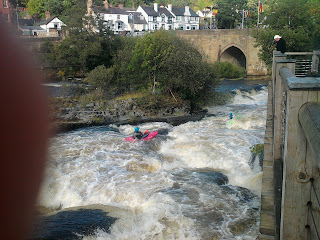 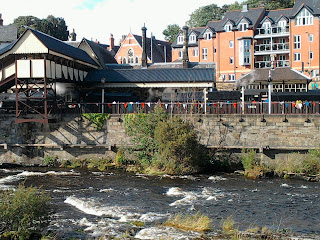 What happened to summer - it's only 5mins since we just missed you in the spring and had to divert from Chester to find you! We've a boaty wedding in B'ham mid Oct but no other plans yet. Should manage to meet somewhere in the Midlands xxxx