We've had a few early mornings this last week, to enable us to get to the beer & steam rally at Consall Forge, then back down the Caldon to get to Stone so Dave could get a train into Chirk for the day for their open day (which was very well attended, and went well, thanks to all who came).  In beetwen all this was a 6 nations weekend, so it was quite nice to have a few days around Stone.  We arrived just in time for the monthly Farmer's Market.  We stumbled upon it last month too, when I inadvertantly spent £9.50 on fancy olives.  So, armed with my organic jute reusable bag, off I went, with steely determination not to be lured by the charms of the softly spoken olive skinned olive seller, and parting with £9.50 for a container of the little juicy things.  Three times I passed that stall, three.  Each time my resolve weakened, and I found myself standing behind a woman being served ruby red glistening tomato skins, with black and green pearls in a plastic container.  "£9.50 please" says Mr Olive Seller - which she slowly handed over, glancing between her purse, the olives and tomatoes, and Mr Olive Seller. '£9.50 £9.50 walk away, walk away'  I was saying to myself.  Which I did, I was very proud of myself not frittering away £9.50.  I made a hasty retreat - straight to the organic meat counter, and bought a couple of buffalo burgers and some sausages.  The price?  £9.50!  I kid you not!  How come everything there was £9.50! 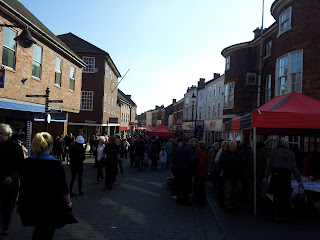 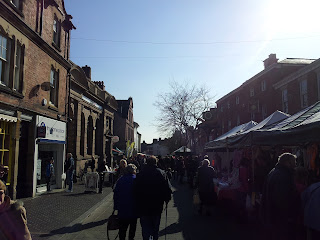 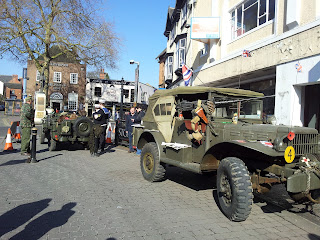 We had a few days at the top end of Stone, then moved down to Westbridge Park to the 48 hour moorings for a couple of days.  On our way through Stone, we passed Roger Fuller, who was busy repainting the mile marker post, after someone had sprayed paint on it the night before, and also to quite a few notices, lock bollards, lock beams, walls and towpath, from one end of Stone to the other.  Grrrr. Little s***s!  Thankfully they did not deface the information/interpretation panels. 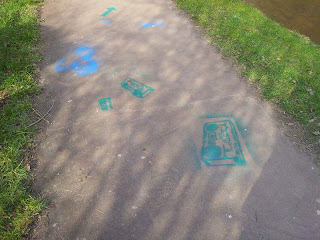 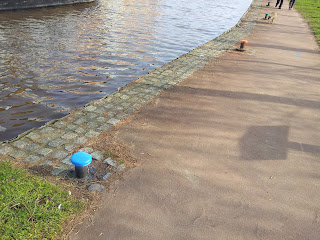 A CRT bod was taking pictures of the damage as we passed through.
Oh, forgot these pics.... lots of work going on to upgrade the towpath around Barlaston.... 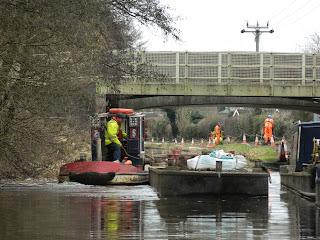 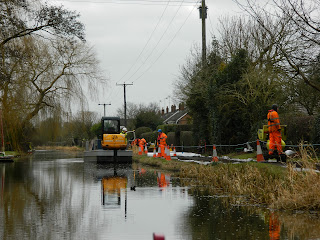 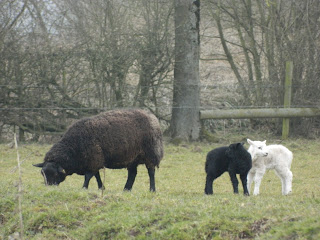 Lovely little lambs.
So reluctantly, we moved on from Stone after only spending a few days.  We usually spend about 2 weeks here, but at least we did catch up with some old friends, like Paul - our Best Man.  Great beer at the Swan and the Royal Exchange (The Titanic Brewery pub), oh, and we also had an Indian at the Crown of India, which was the best Indian I have had in a very long time.  Twice as much as the portion size we get at Fron, and far tastier.  Shame we'll have to wait 6 months for the next one!
Posted by Sue Hunter at 15:03