There haven't been any boat movements past us for days now, due to the number of fallen trees preventing passage.  Three hire boats came out of Anglo Welsh at Trevor Basin on Friday evening - in a blizzard - we wished them good luck as they went past.  One boat appeared to be a stag party - or perhaps they were all tranvestites with bad make-up.  Unfortunately the boats didn't get very far, and have spent the weekend within 4 miles from their starting point, without any facilities, after spending a fortune on hiring the boat.  There are other hire boats displaced too, which will have to be returned to their hire bases at some point. A lot of hires have now been cancelled, just what the hire bases around here didn't want, after last summer's wash out. What a disasterous start to the Easter break.

Since Friday, the snow just didn't let up at all until yesterday afternoon (Sunday).  I haven't seen snow as deep as for years - if at all! 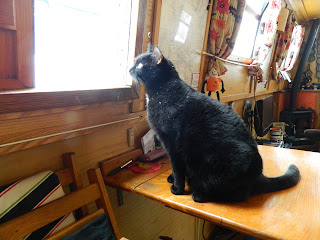 Nemo will NOT go out.  We have tried throwing him out a couple of times, but he just runs back in through the cat flap.  Can't say I blame him - when this is what's outside! 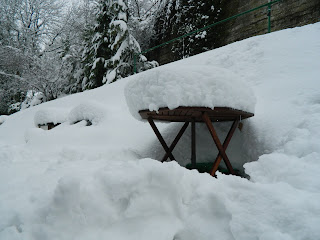 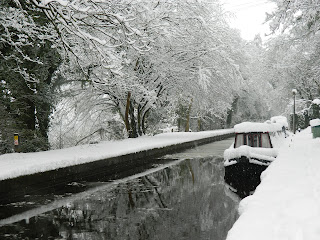 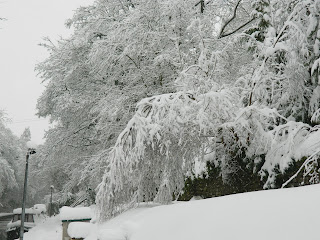 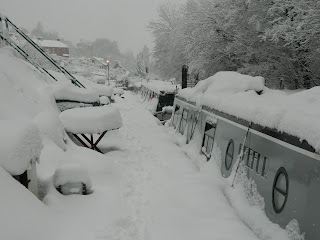 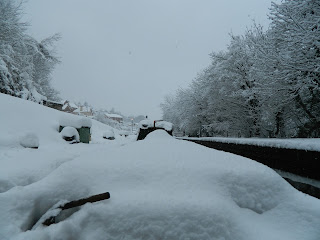 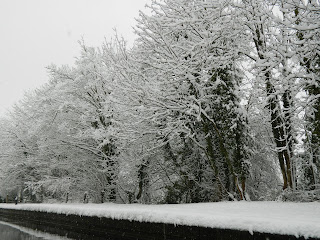 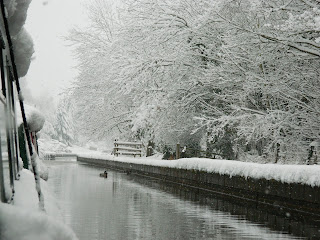 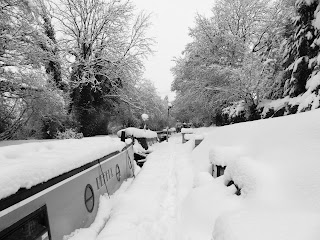 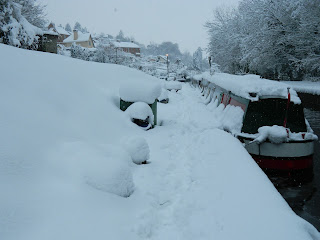 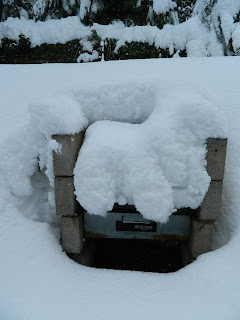 Even more snow piled up on the barbeque 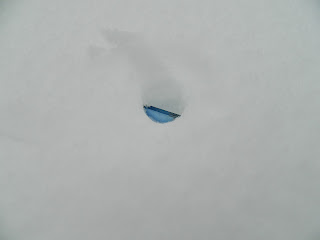 We had been keeping check on the amount of snow, but the twelve inch ruler has disappeared here.  The snow was in fact deeper "up top" as we were a bit sheltered here with the bank of the limekilns! 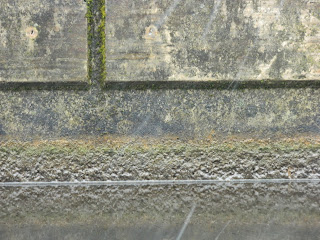 I notice that the water level has gone down about 4", I assume CRT are anticipating a thaw, so have reduced the level.  That coupled with the amount of snow on the roof, we seem to be listing somewhat.  It's now 10am on Monday morning, and the sun has come out!
Let's hope thats the end of it then.
Posted by Sue Hunter at 10:18