Brewood in a blizzard!

There's a storm a comin'! 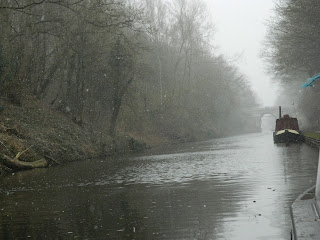 After a lovely night at Brewood for Dave's birthday, we were preparing to leave, when the sky went black.  I stuck my head out of the side hatch, to see a snow blizzard coming towards us. 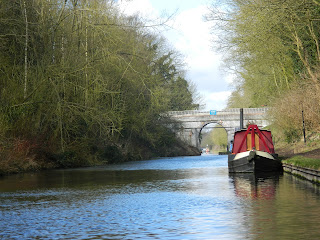 Ten minutes later, the sun came out, so we decided to make a move.  We were running on fumes and needed diesel from Wheaton Aston. 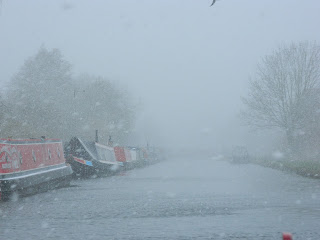 Oh dear.  No sooner had we made the decision to move. More snow. 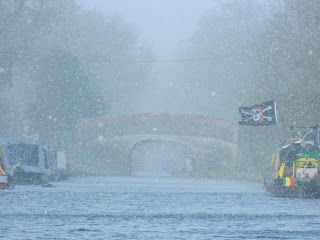 It was blowing a hooley too. Dave however, battled on, and the blizzard soon passed.  It was bitterly cold though (this was Monday).
After filling up with diesel at Wheaton Aston we moved to High Onn Bridge, where Dave wanted to visit the Royal Oak at Church Eaton.  It's a lovely pub, serving real ales and proper home made food - reports Dave - who is slowly working his way through the CAMRA Good Beer Guide.  His choice of tipple tonight was Flying Piddle! (From the Wyre Piddle Brewery).  Amazingly, the Landlord recognised Dave from his one previous visit exactly 12 months ago, which was a welcome change from 'kids' serving behind the bar who are more interested in talking to themselves and playing with their phones.  He'll certainly be visiting again, although it won't be until September. Oh, and Sunday lunch there is £5.95 apparently, so well worth the 1 mile walk.  I might even make the effort myself next time. 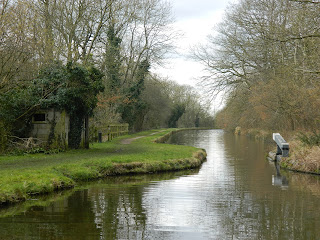 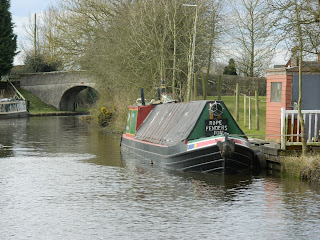 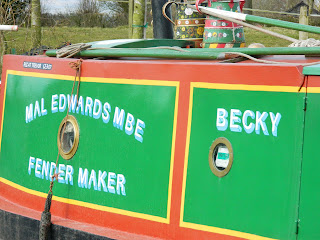 Mal of the Canal, back in his mooring opposite the Anchor at High Offley, who we last saw when we were frozen in at Fradley Junction mid January 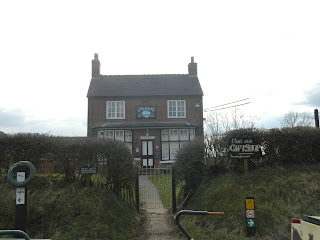 We were going to stop at the Anchor, but it doesn't open till 7pm (if at all on a weekday at this time of year), and with outside toilets, Dave didn't fancy it when the wind chill was minus 10.  We opted instead to go on to Goldstone Wharf. 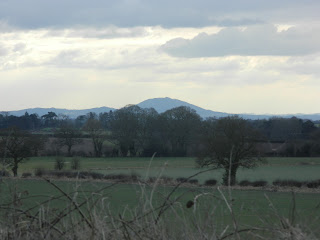 The Wrekin in the distance 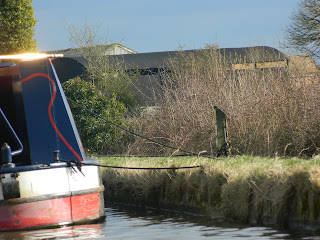 Not one, not two, but three mooring ropes tied right across the towpath!
And before you say it - no - it wasn't a hire boat - it was an ownership.