We stopped for shopping in Rugeley, intending to go to Morrisons, however this huge new Tesco appeared out of nowhere!  Who put that there?  We didn't even notice any building work going on the last time we came through here.  It must have been built pretty darned quick! 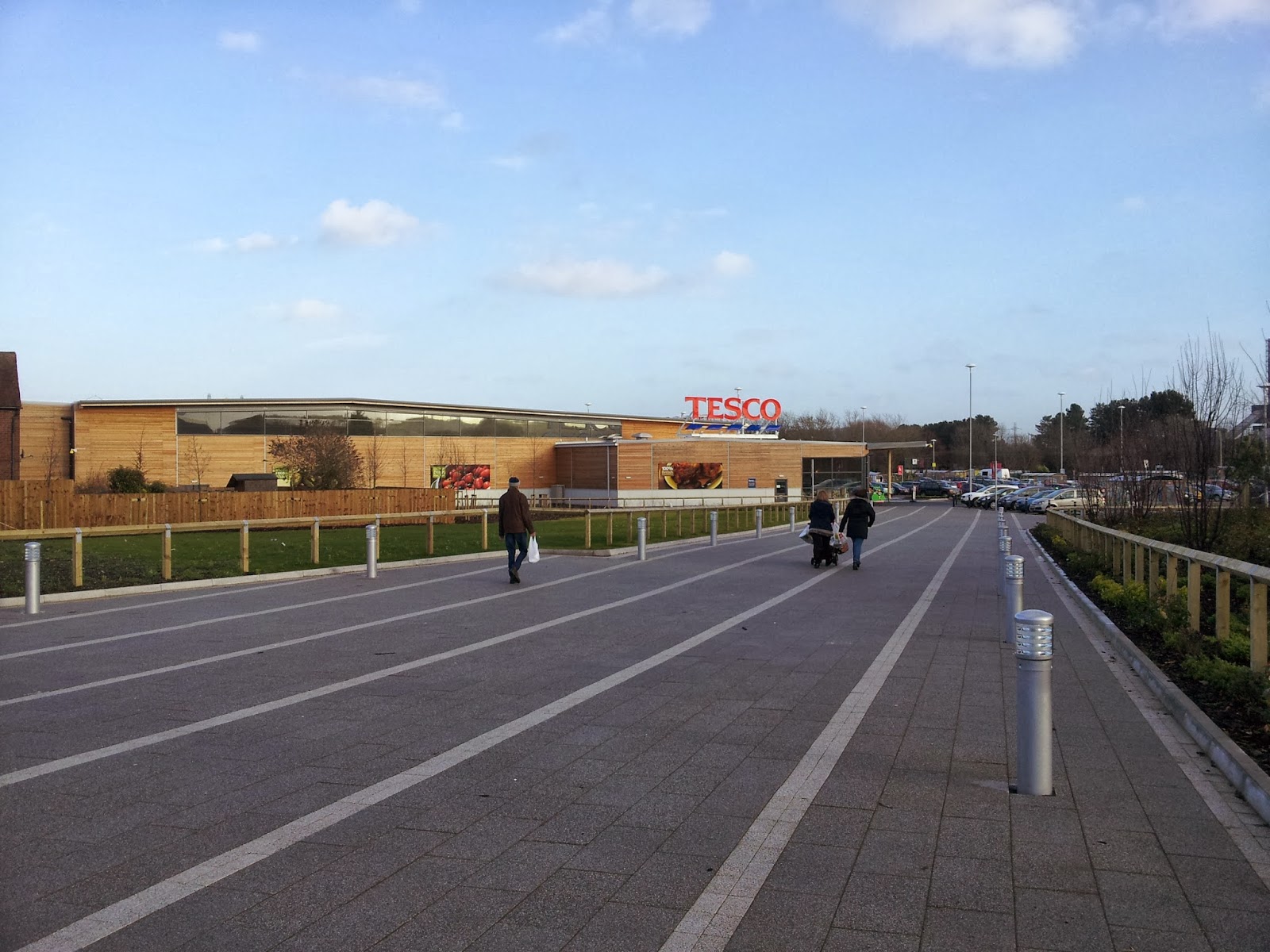 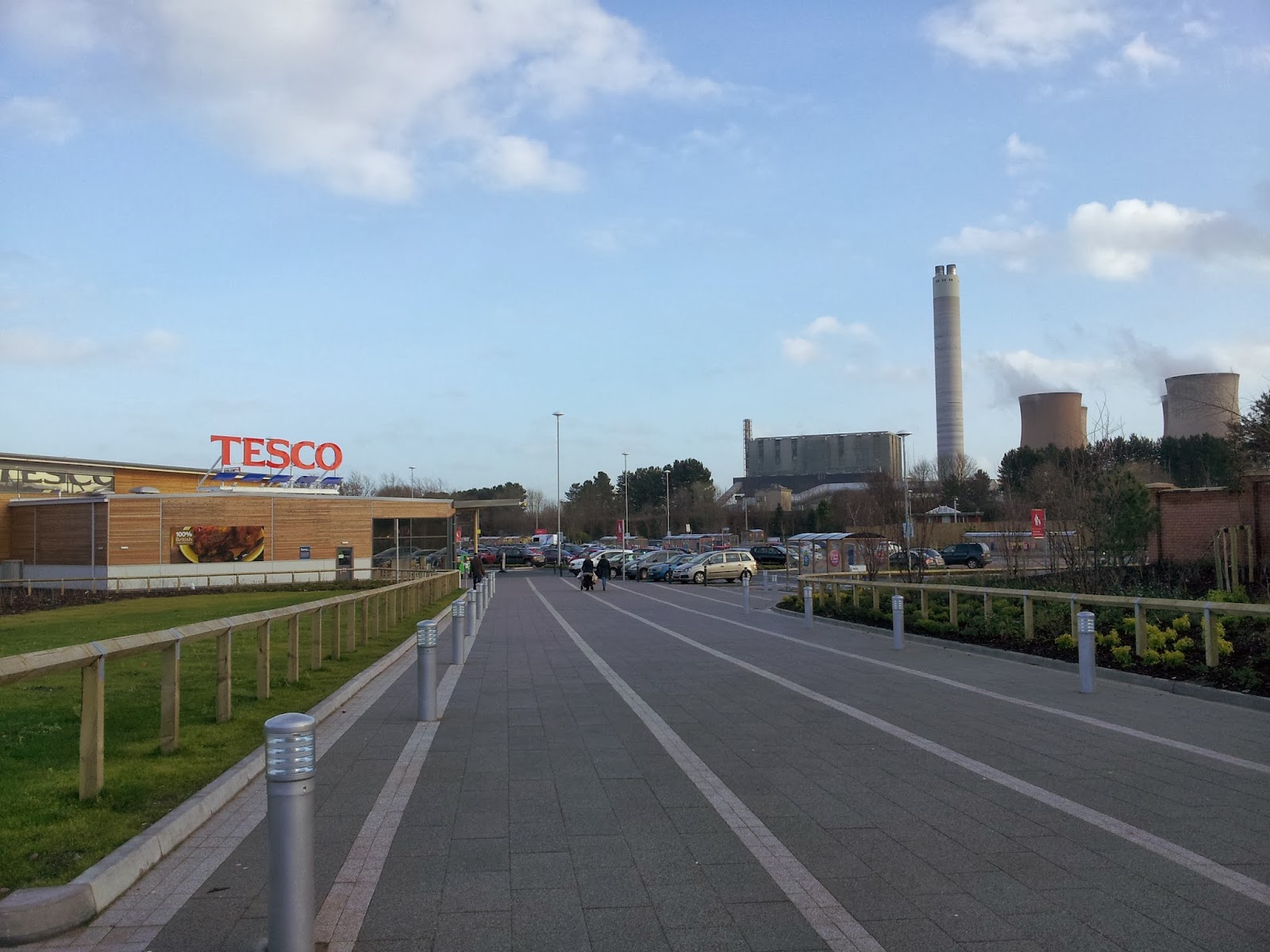 Trolly dolly loaded, we contined on our way, dodging the showers. 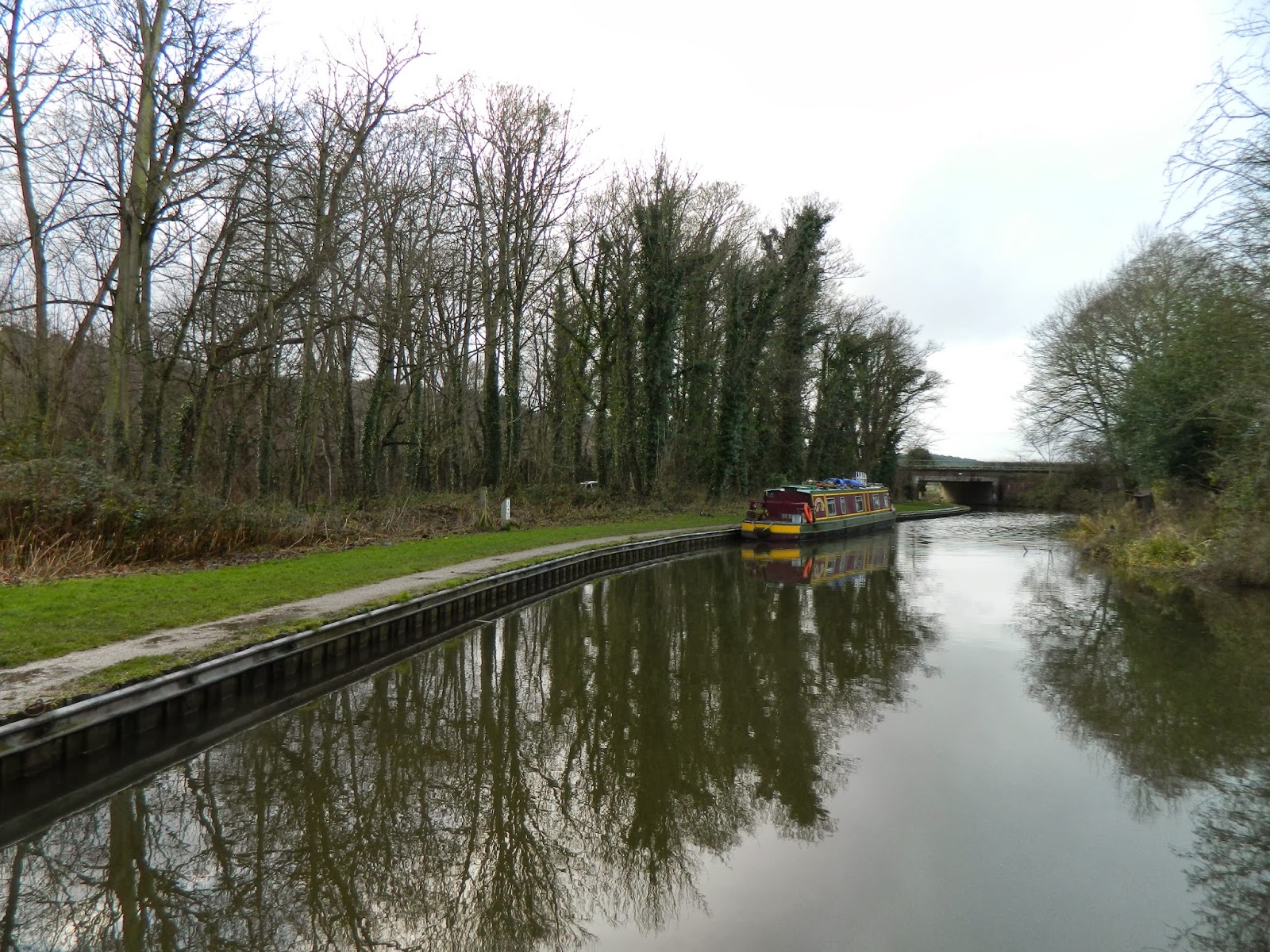 This is Wolsely Bridge - with only one moored boat!
Perhaps they are sorting out the overstayers around here after all. 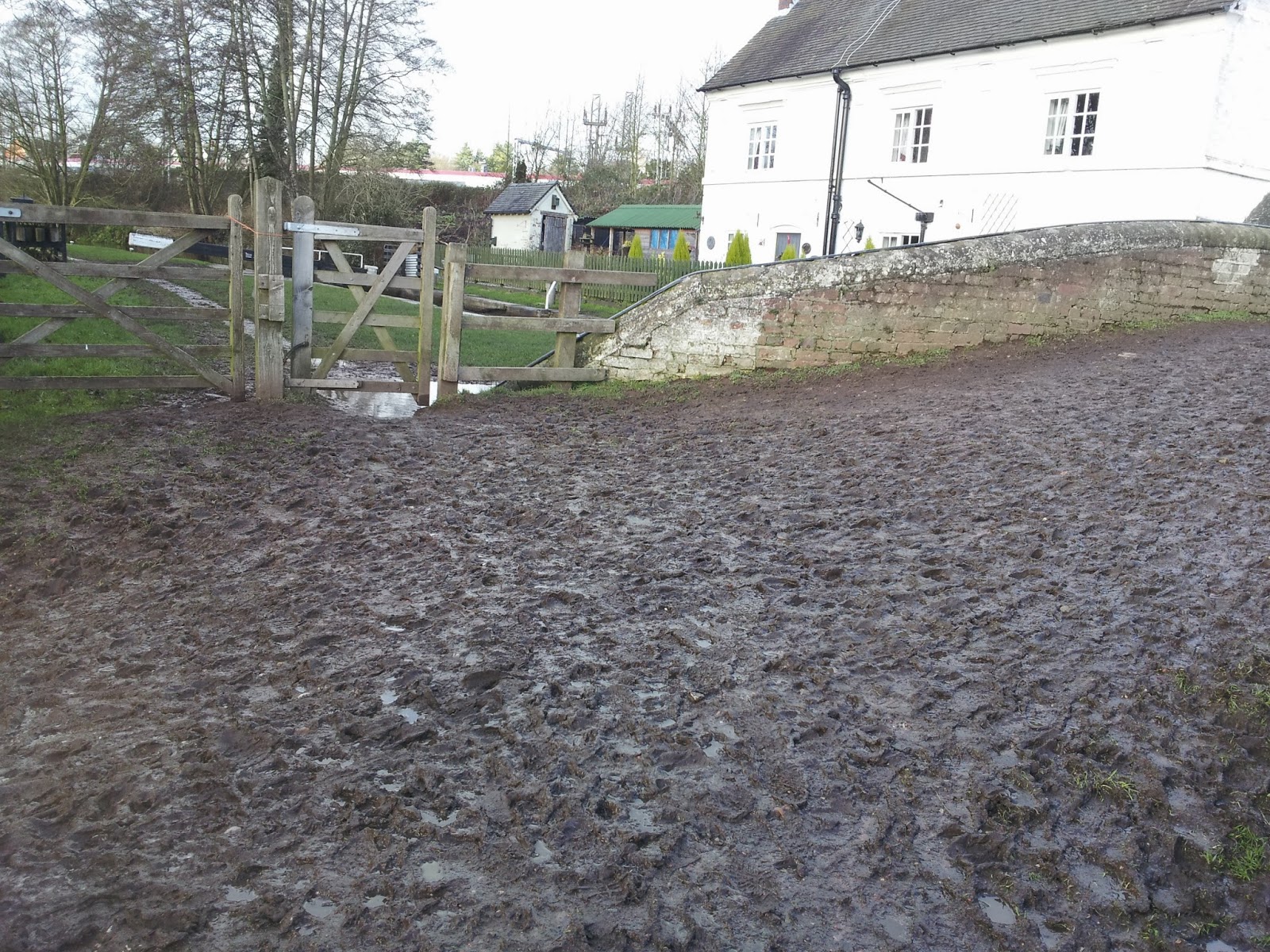 The recent rain certainly doesn't help the area around Colwich lock, it's thick mud at the best of times.  This is definitely a welly job. 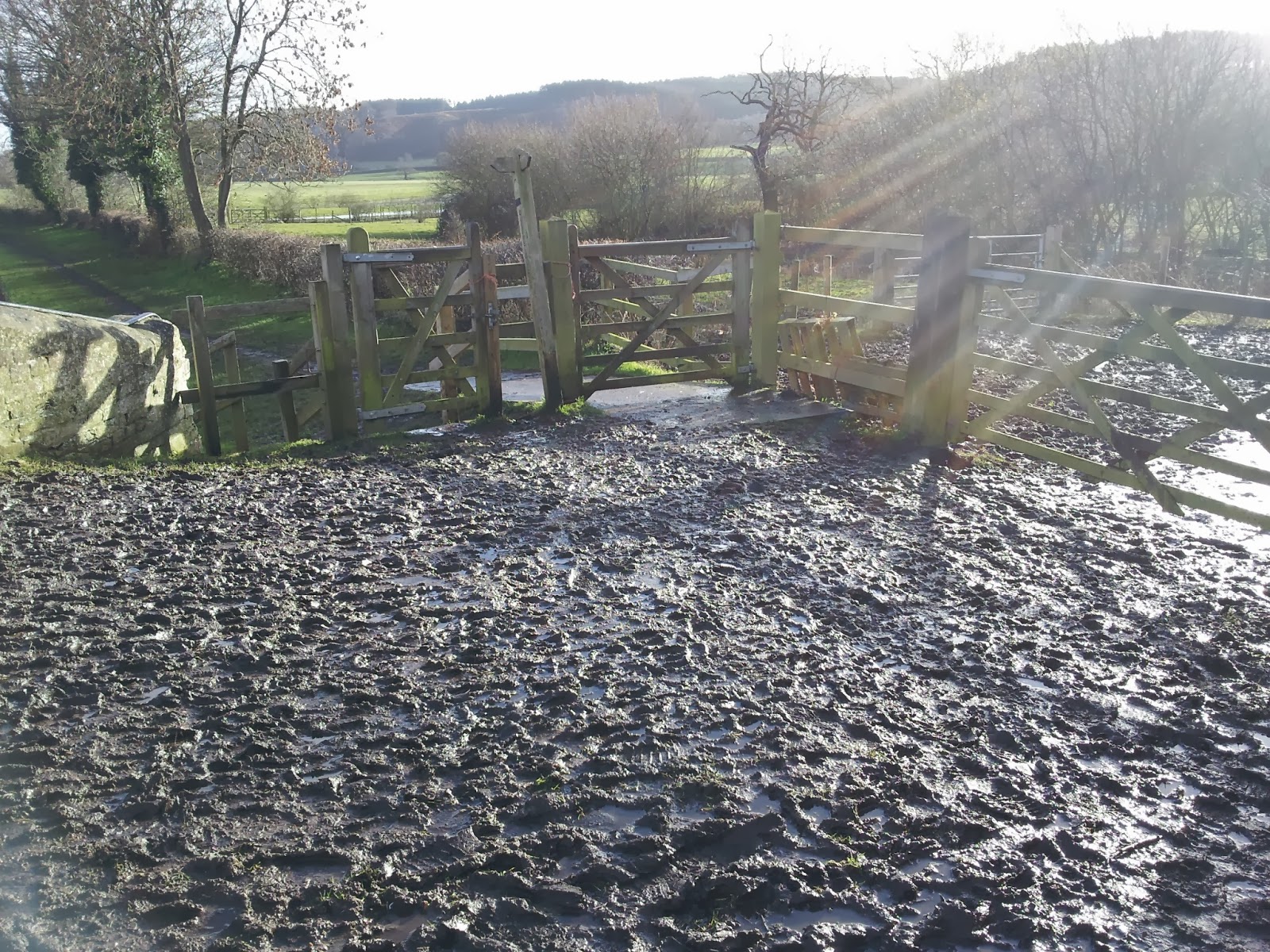 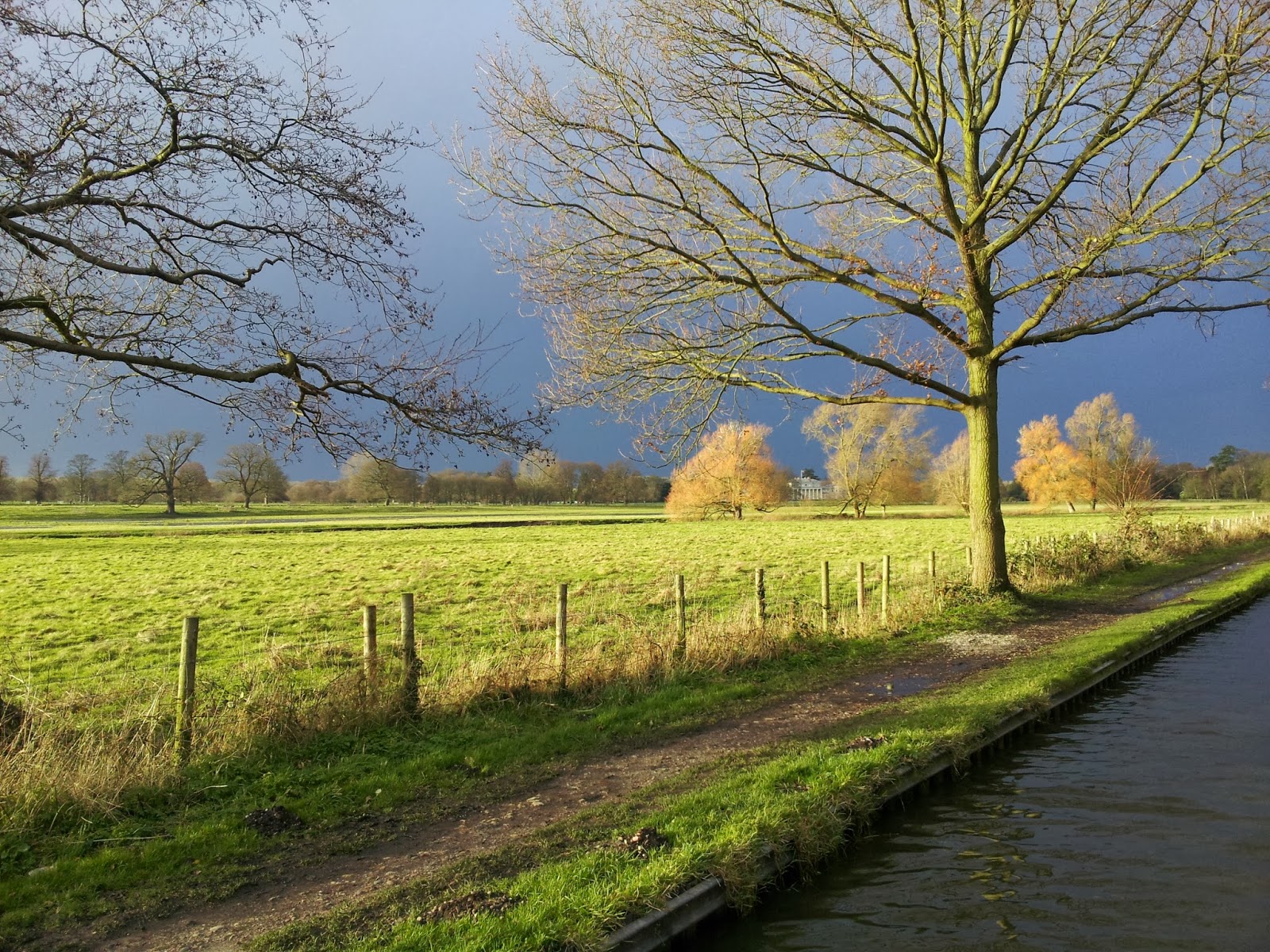 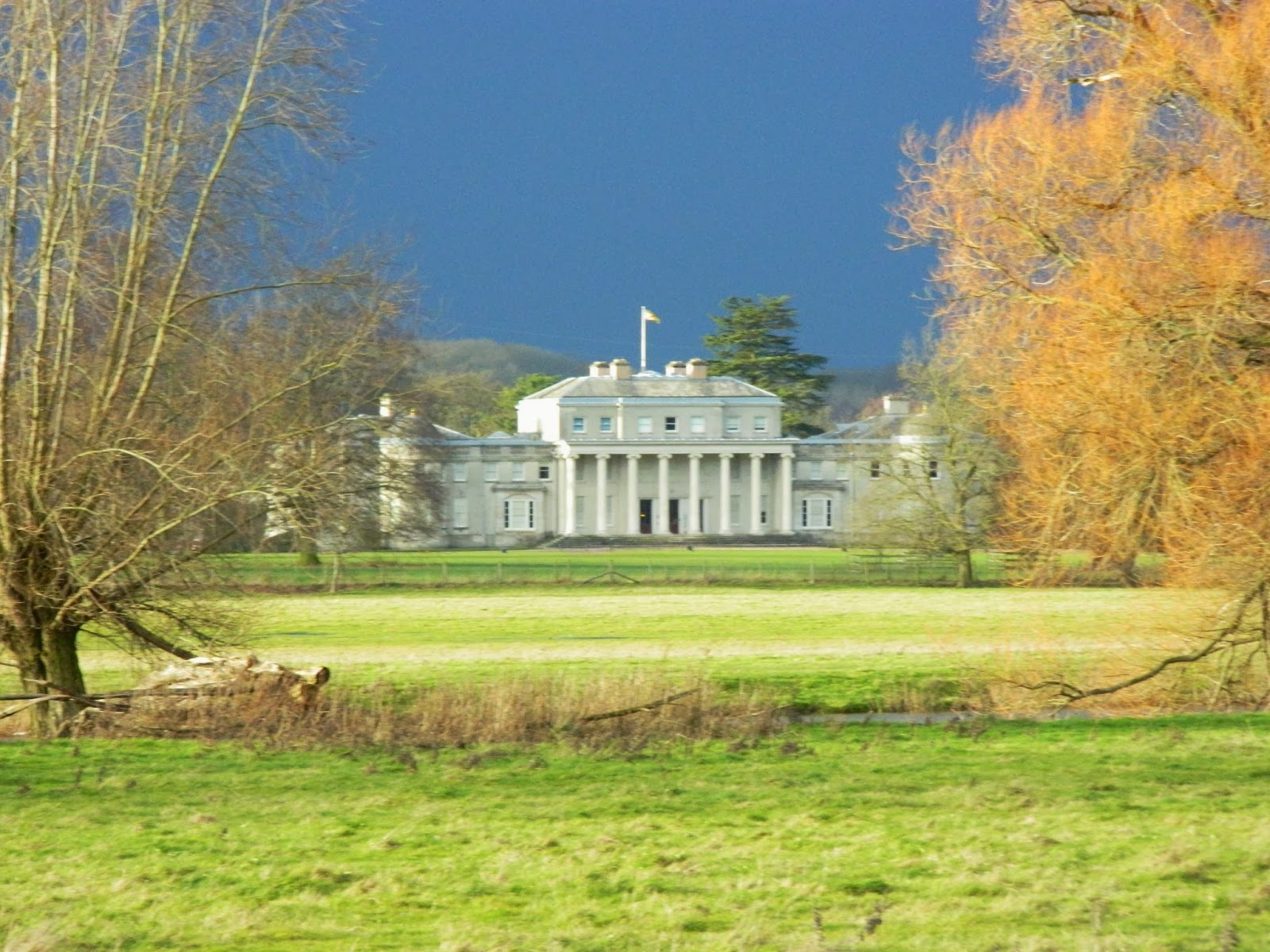 Shugborough Hall.  Very dark skies behind it.
We managed to get tied up just before the heavens opened. 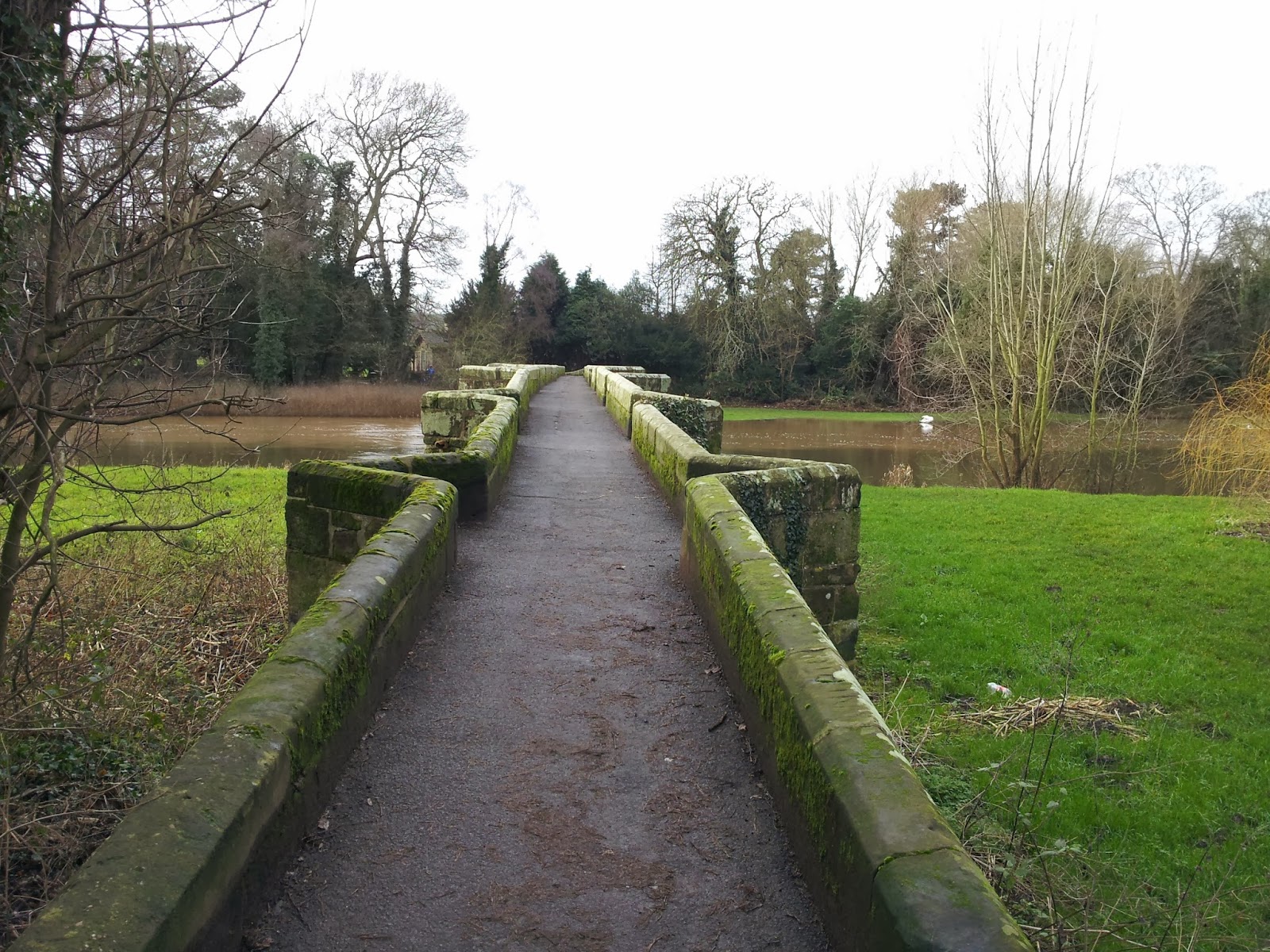 The beautiful Essex bridge, leading to Shugborough Hall, over the River Trent, at the junction of the River Sow.  This is the longest remaining packhorse bridge in England. 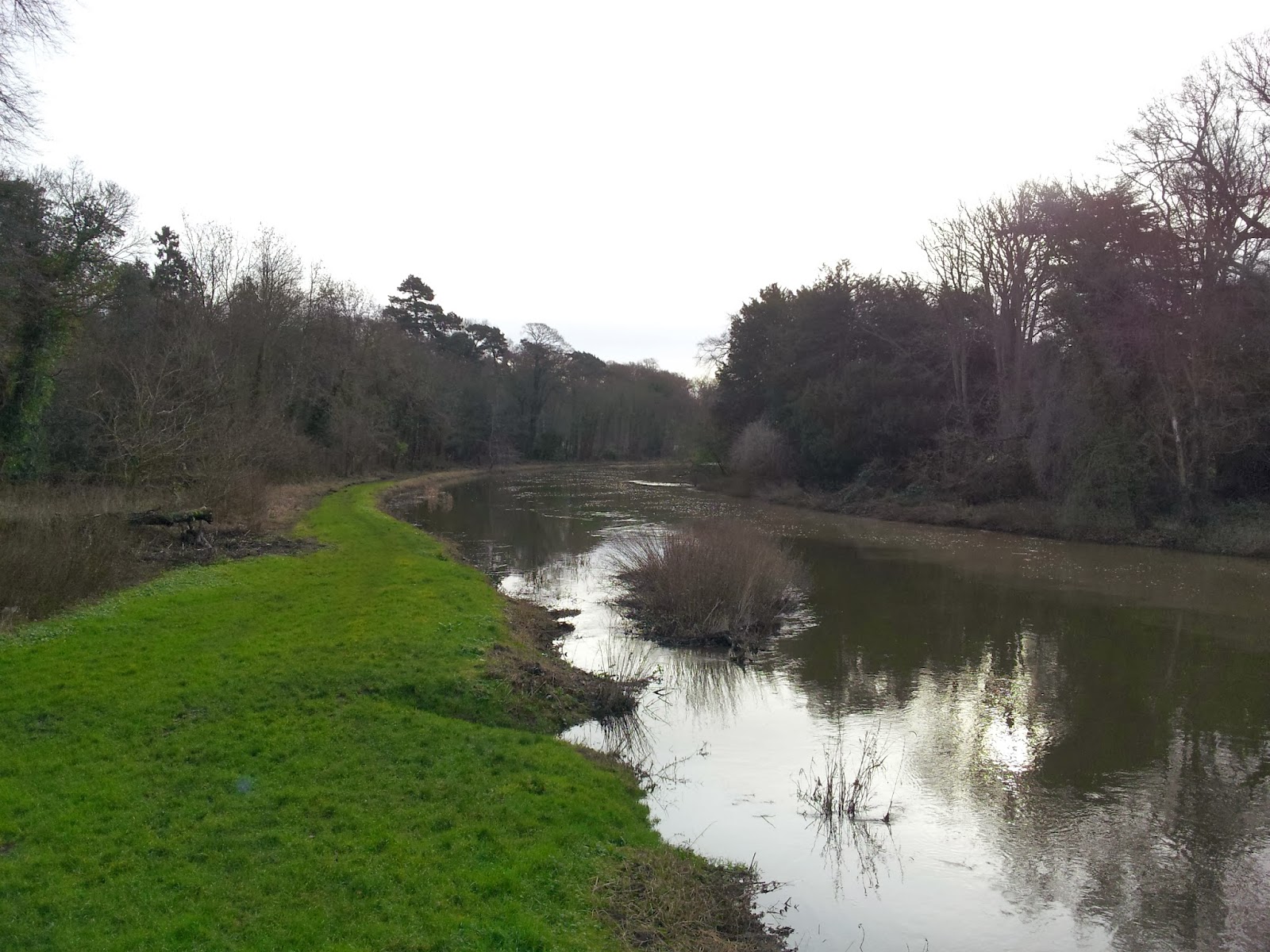 River is high - but we've seen it much higher. It's still got a few feet to go before it bursts its banks. 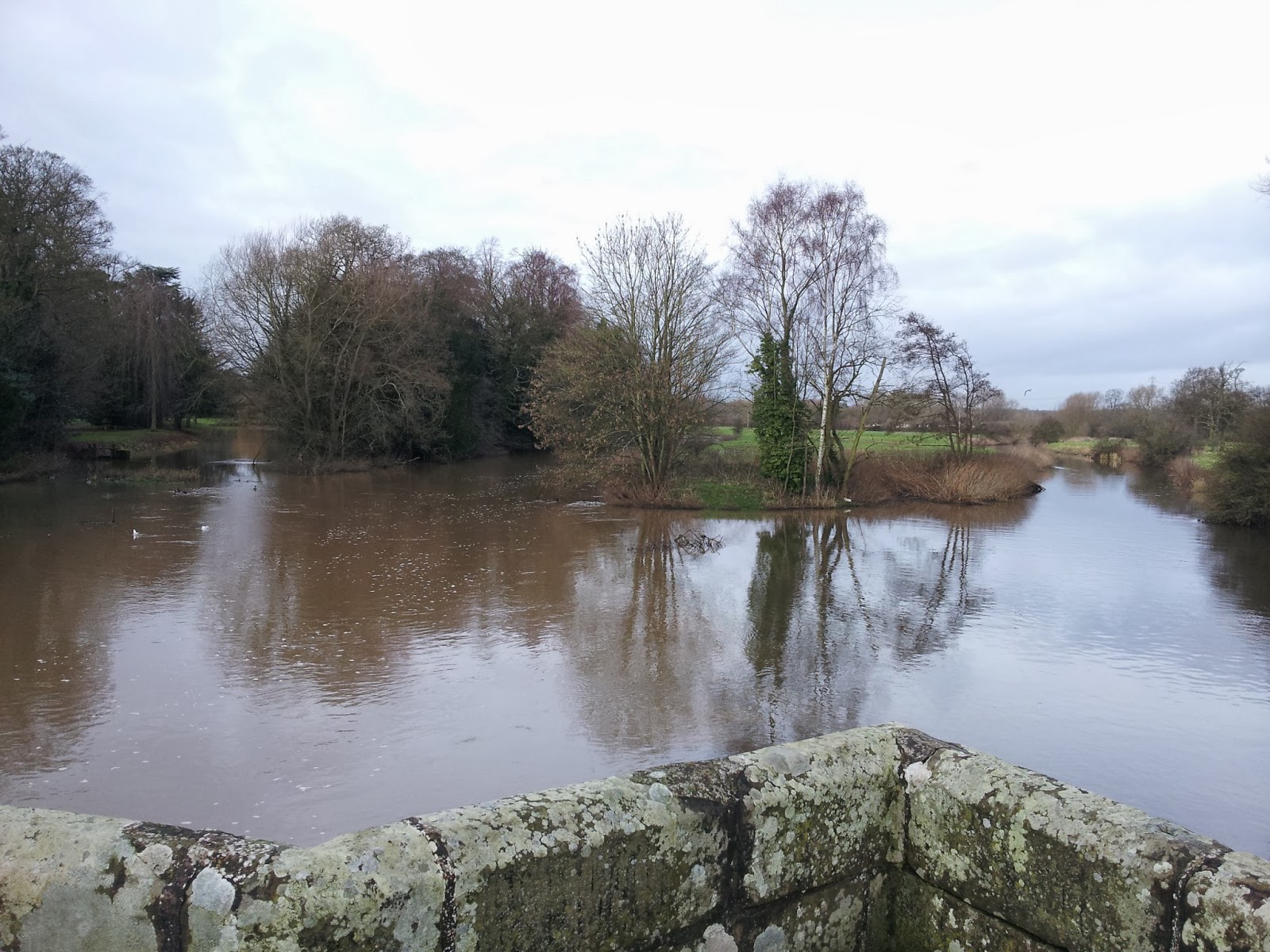 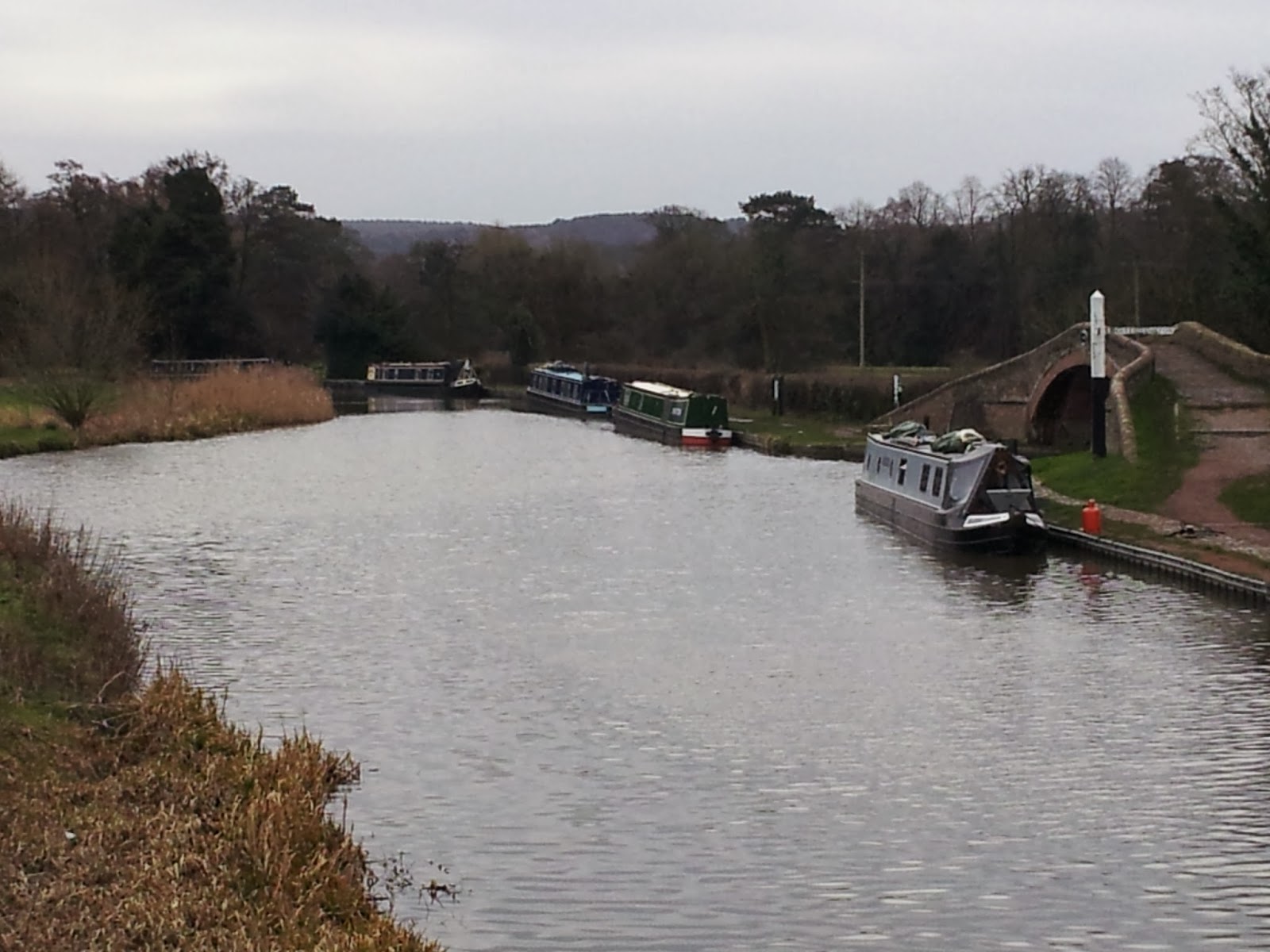 Great Haywood junction.  We stopped for services here at the Anglo Welsh base.
I'm glad we moored below Haywood lock the night before, as there wasn't much room at the junction.  There was only 4 boats, but they all moored with 30ft between them.  Why do that on popular 48 hour moorings?  Just bunch up a bit & let someone else in.  Fair enough if you're out in the sticks, but less of the "I'm alright Jack" attitude would be nice. 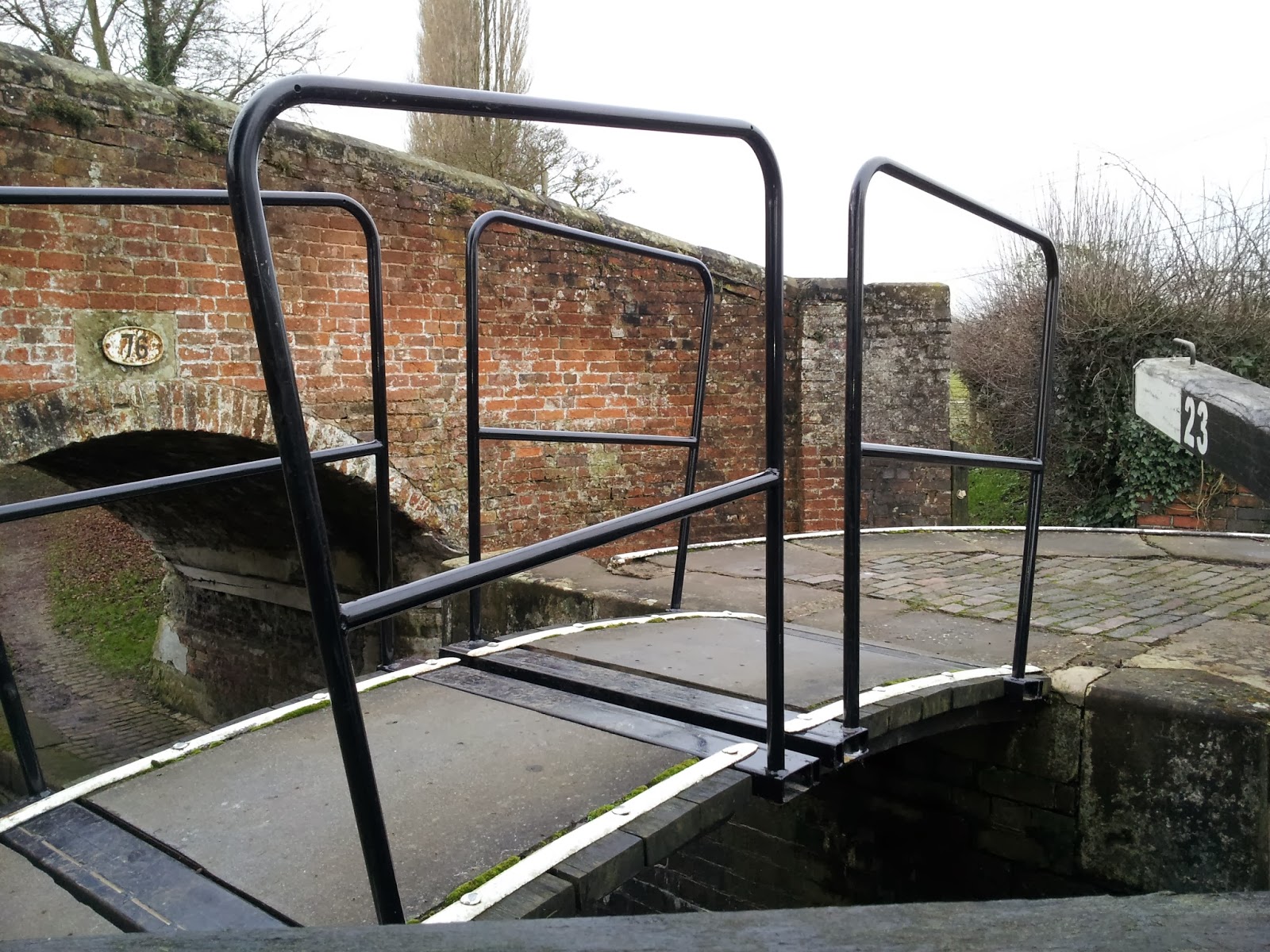 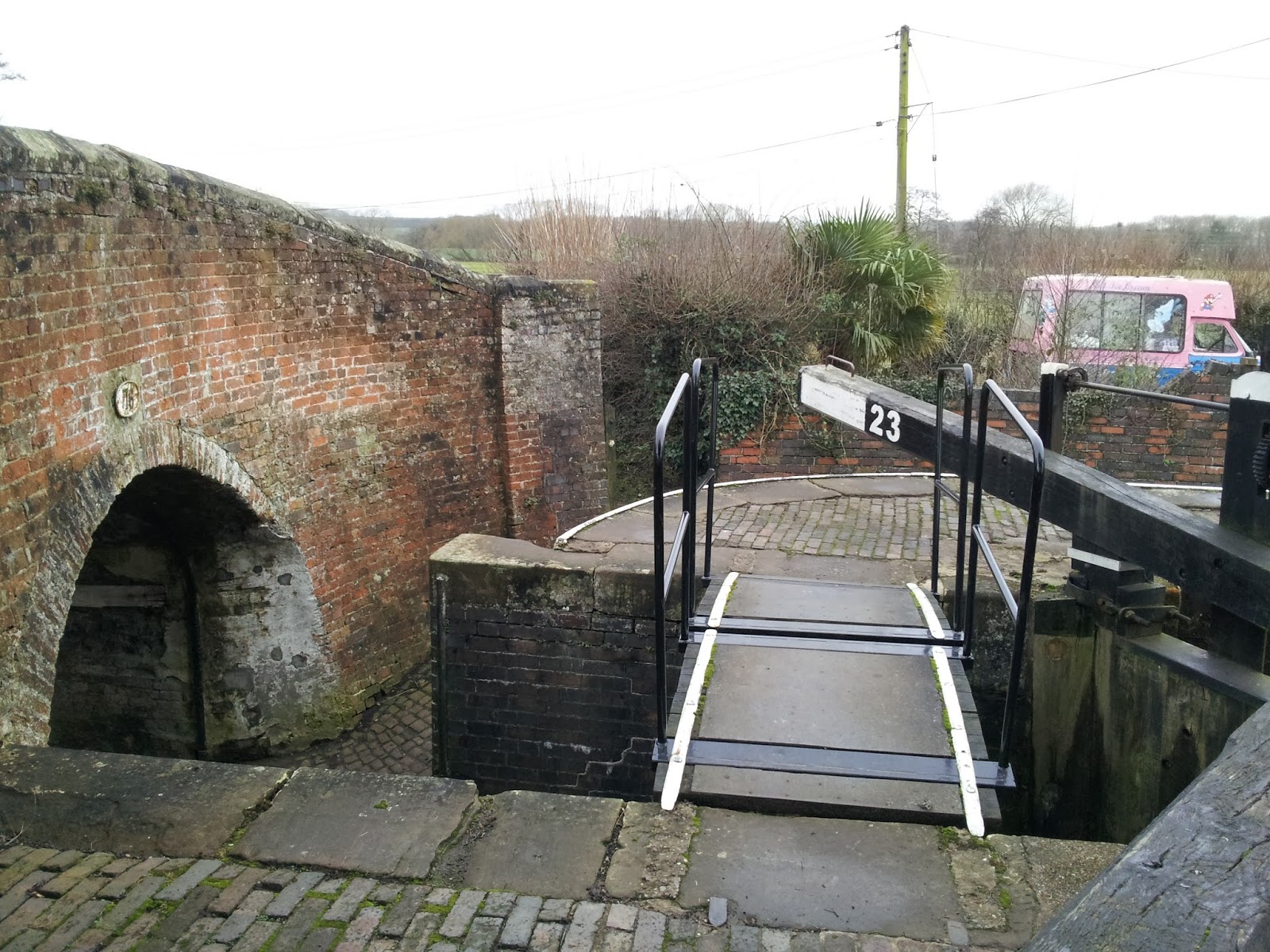 Very tidy and smart - compared to how it looked for a couple of years. 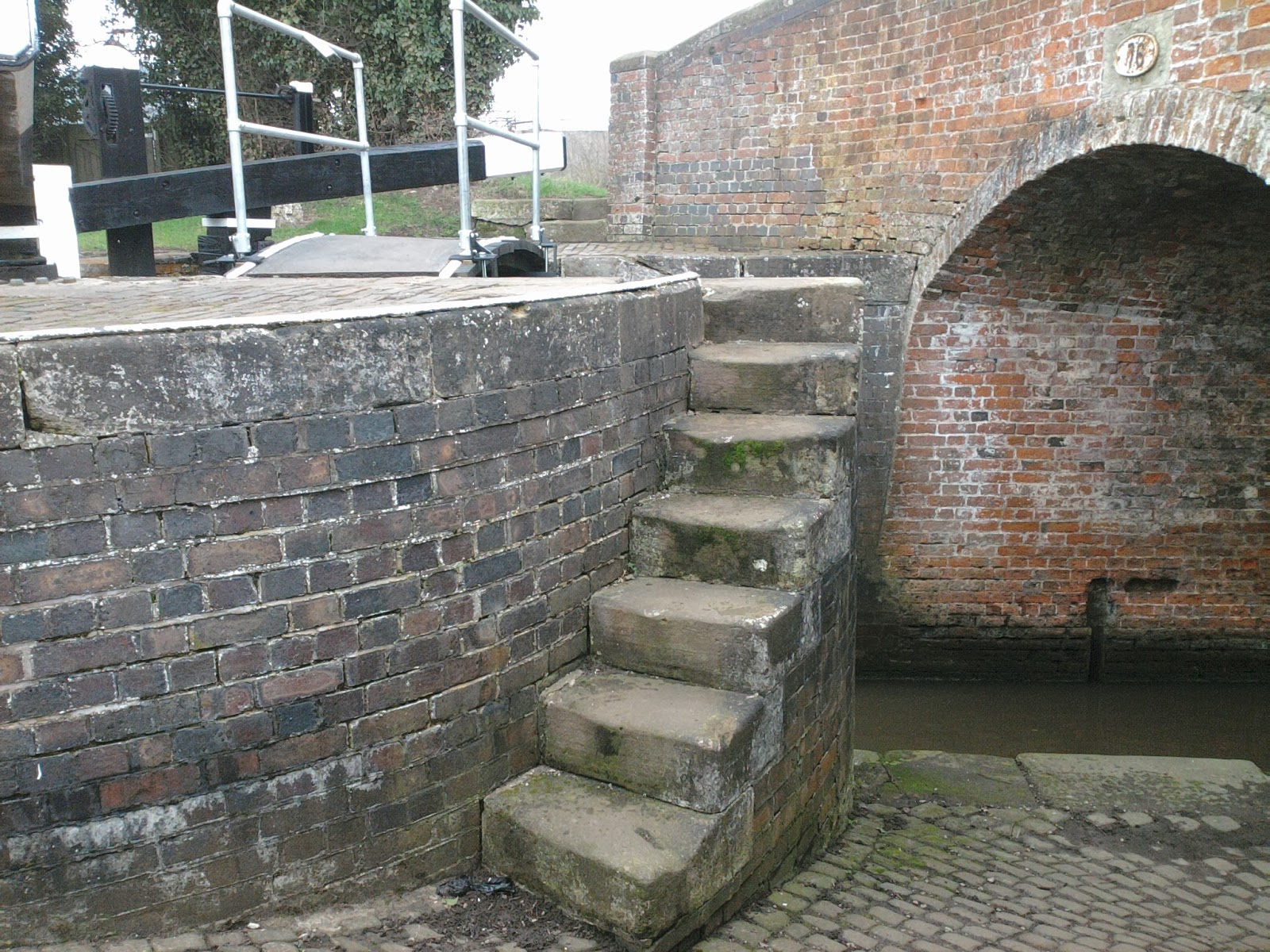 I'm glad that hand barriers have been erected, as I would have fallen off the side if they weren't there. 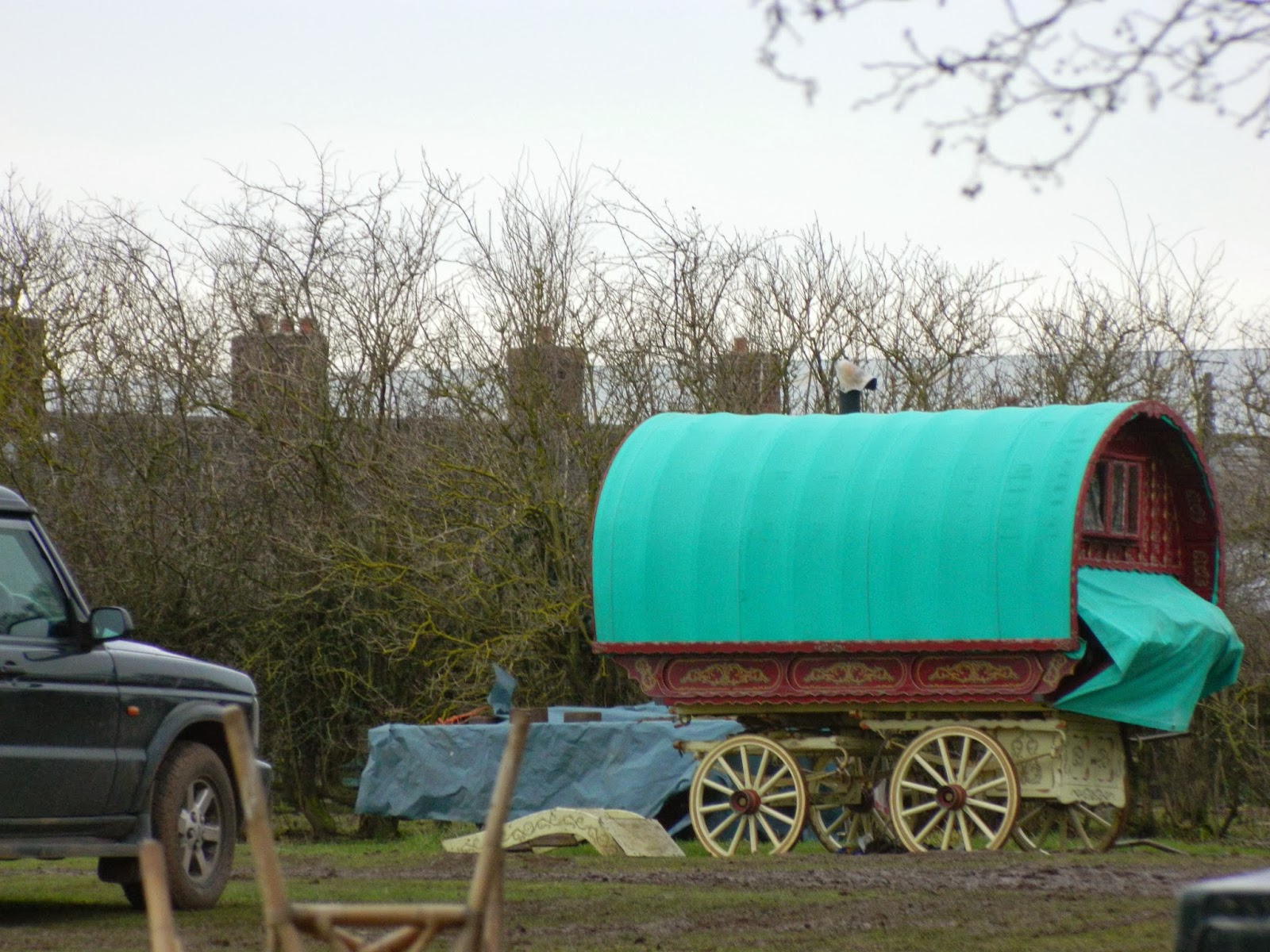 Only one gypsy caravan near Weston - don't know where the others have gone.  Off being gypsies perhaps. 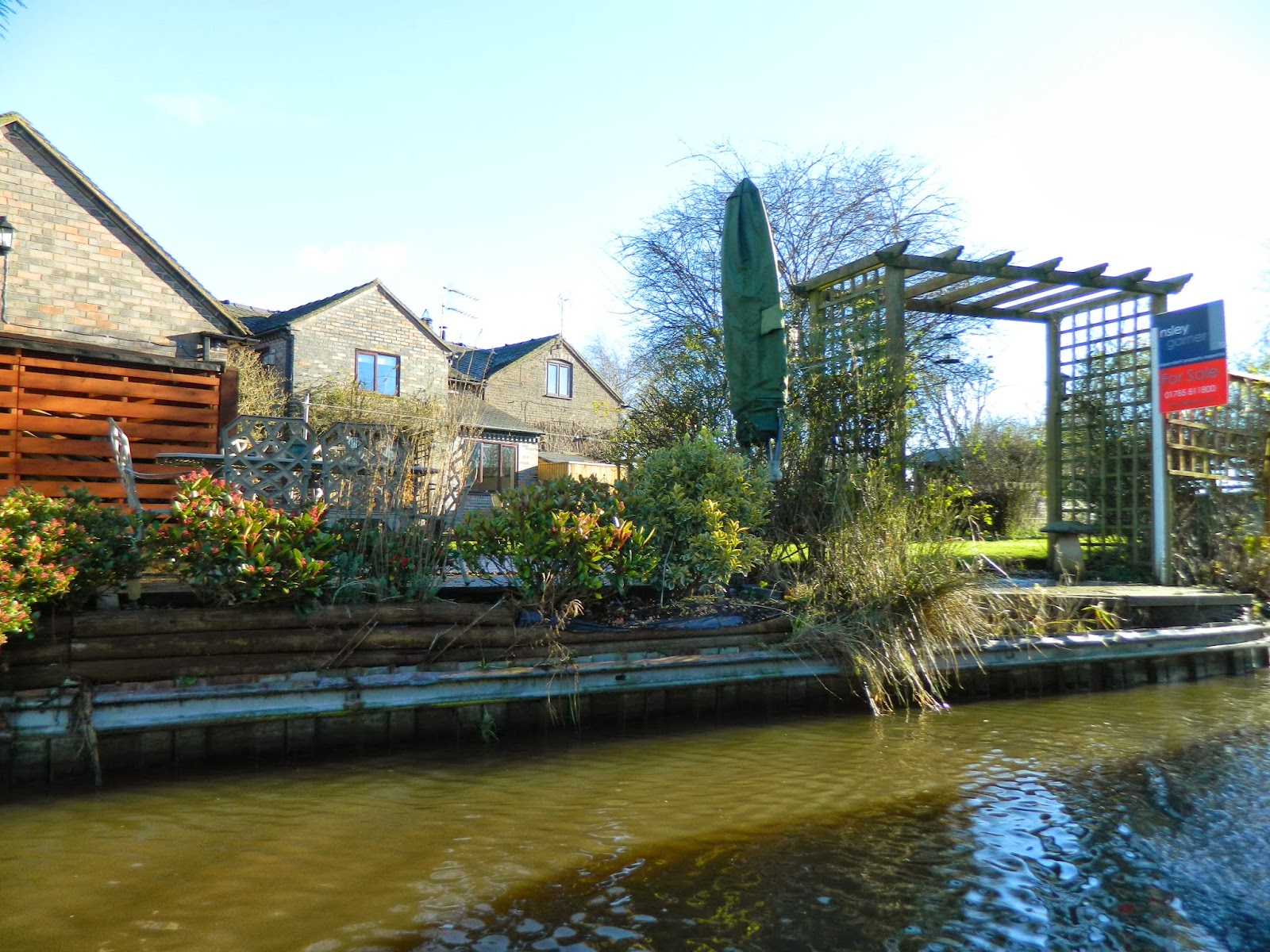 We'll stay in Stone for a few days and get some laundry done - as well as meet up with some old friends.

Almost forgot - the post office in Great Haywood has closed and moved into the Spar. I asked in PO if I could get some mail sent post restant, but they were due to close that day- so I was told to contact the Spar to see if they would be continuing the service. Unfortunately they had no idea what I was talking about.  After explaining that it wasnt a post restaurant I wanted, I was told to fill out the royal mail forms - but there isnt such a form. So the answer was no. I'll just have to get it sent somewhere else.