A Quiet Couple of Weeks after New Year

After spending Christmas at the Dog and Doublet on the Birmingham & Fazeley Canal, it was time to move on.  We took a left turn at Fazeley Junction onto the Coventry Canal and headed for Fradley. 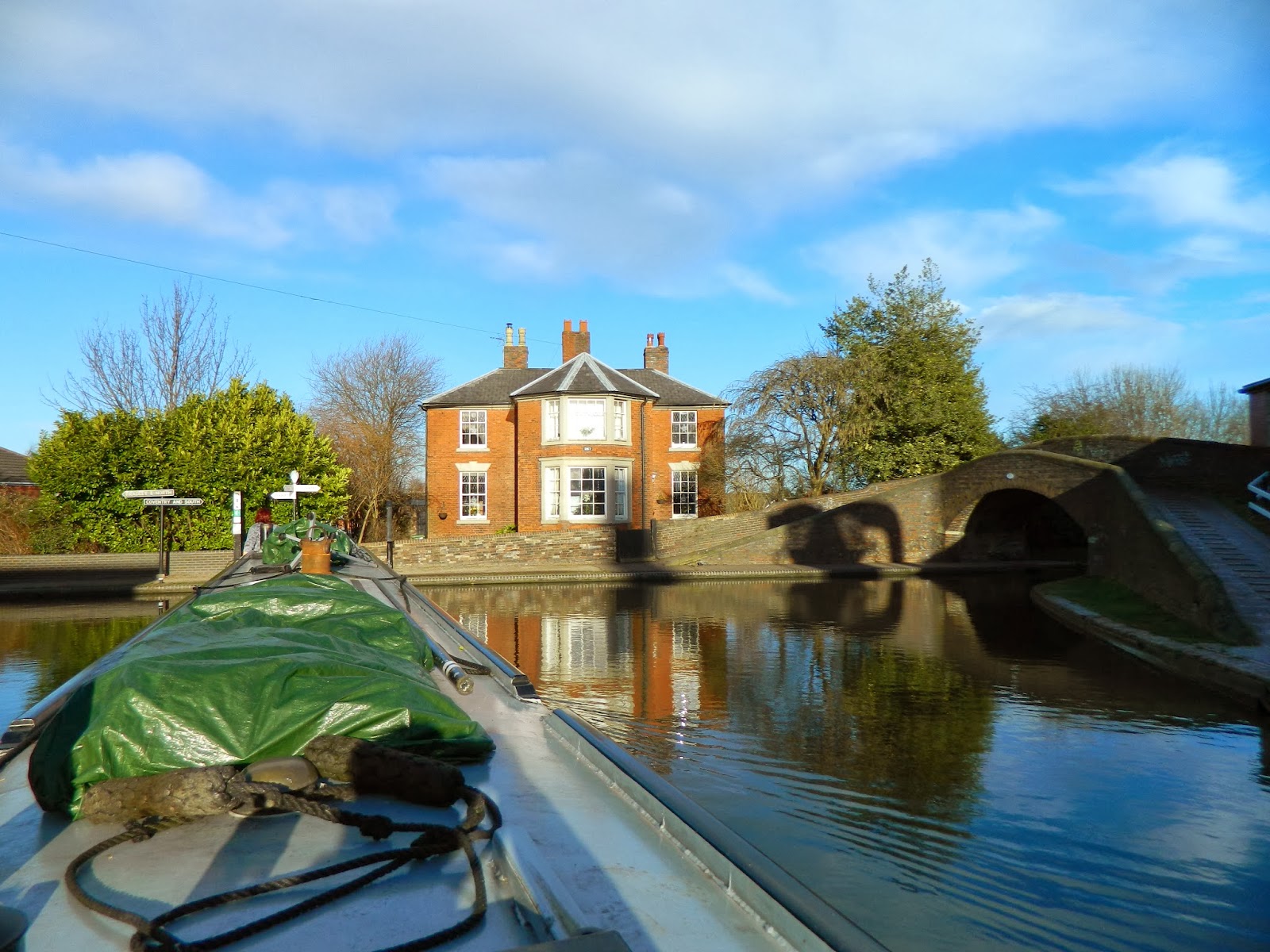 The house at the junction has been bought and renovated, and looks quite splendid now. 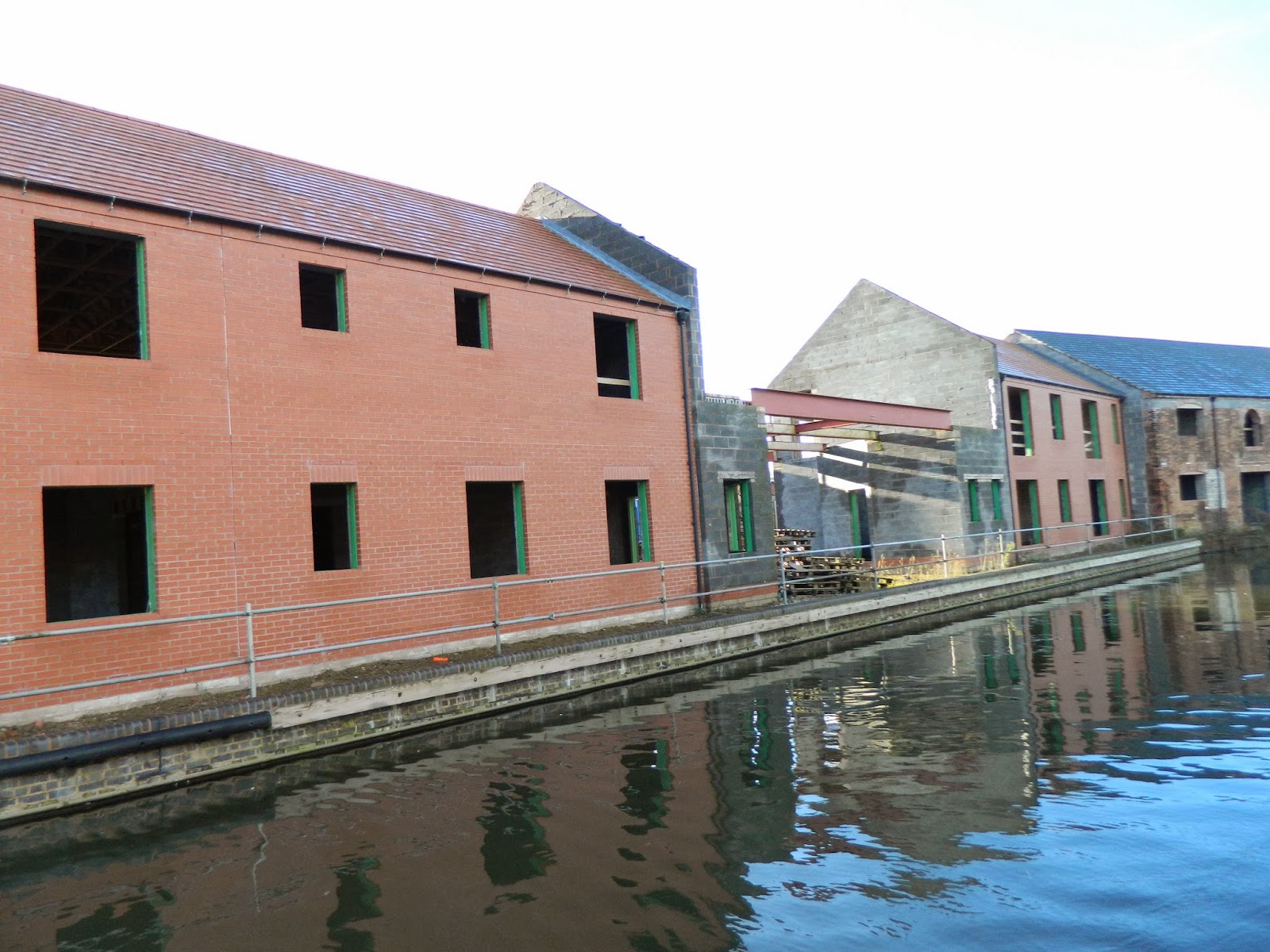 They still haven't finished the new flats though, opposite the house.  They've been like this for a couple of years now, victim of the recession no doubt. 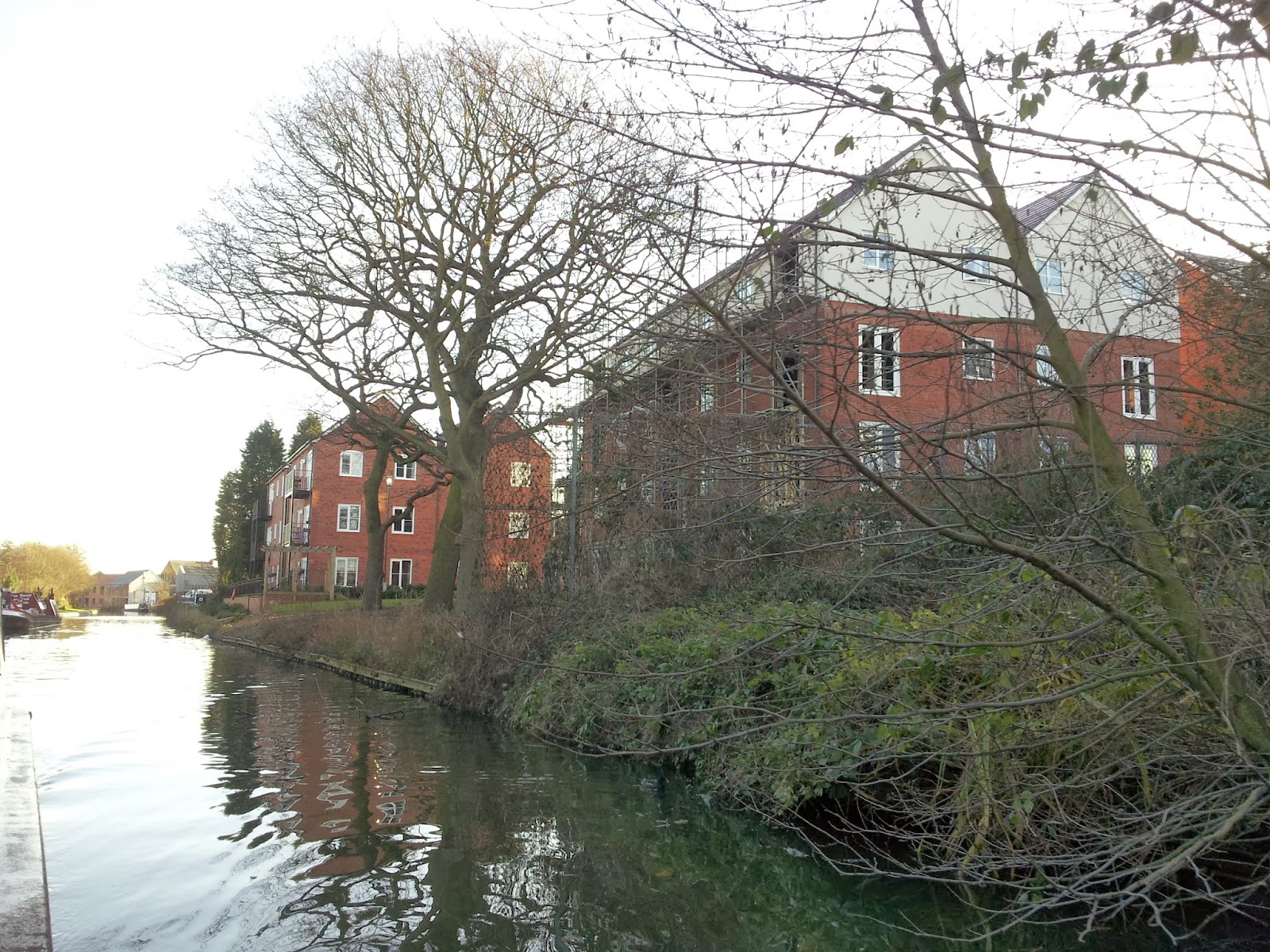 However 200 yards further on, there's this new development of flats, just completed. 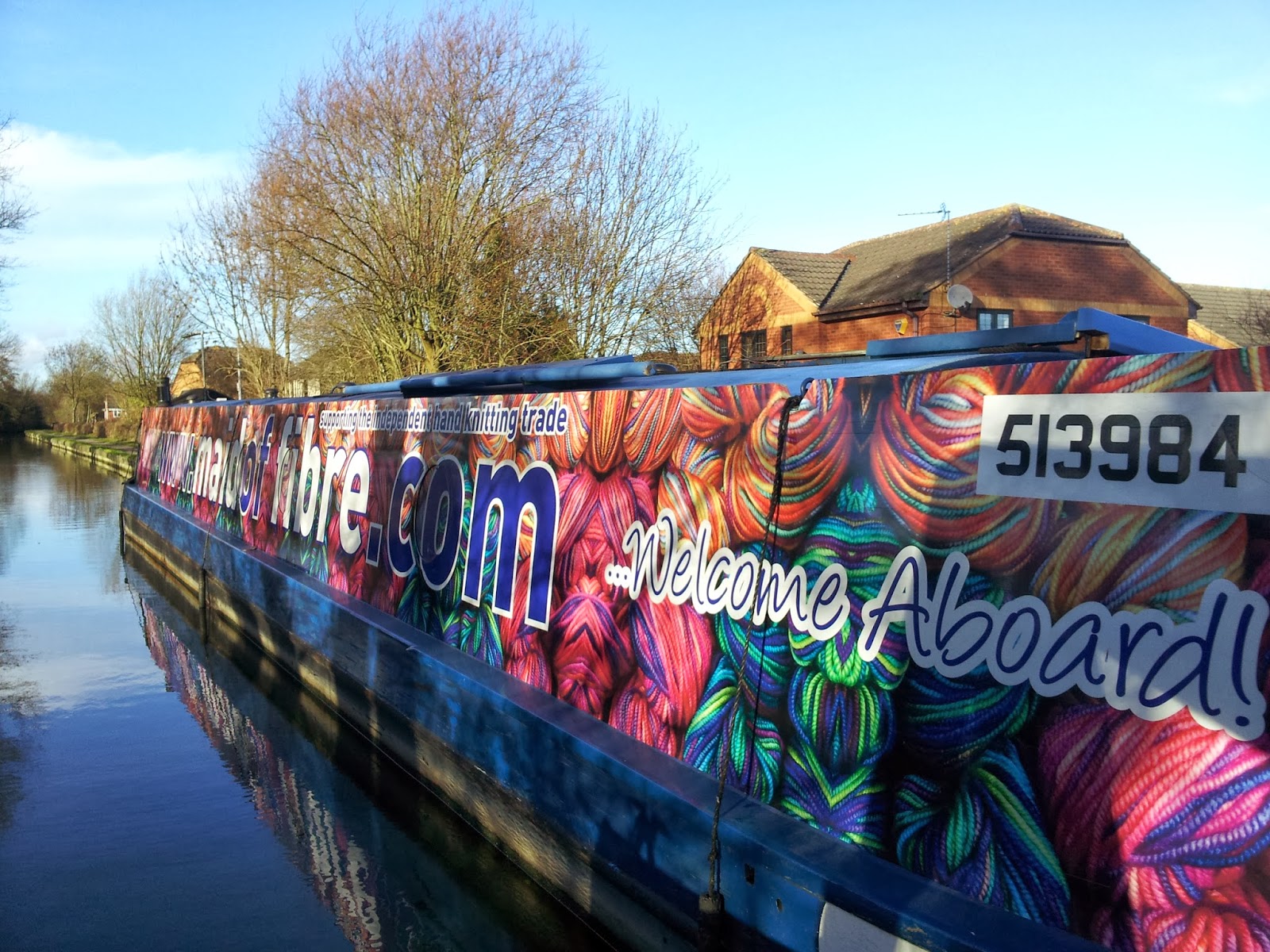 How about this for a paint job? 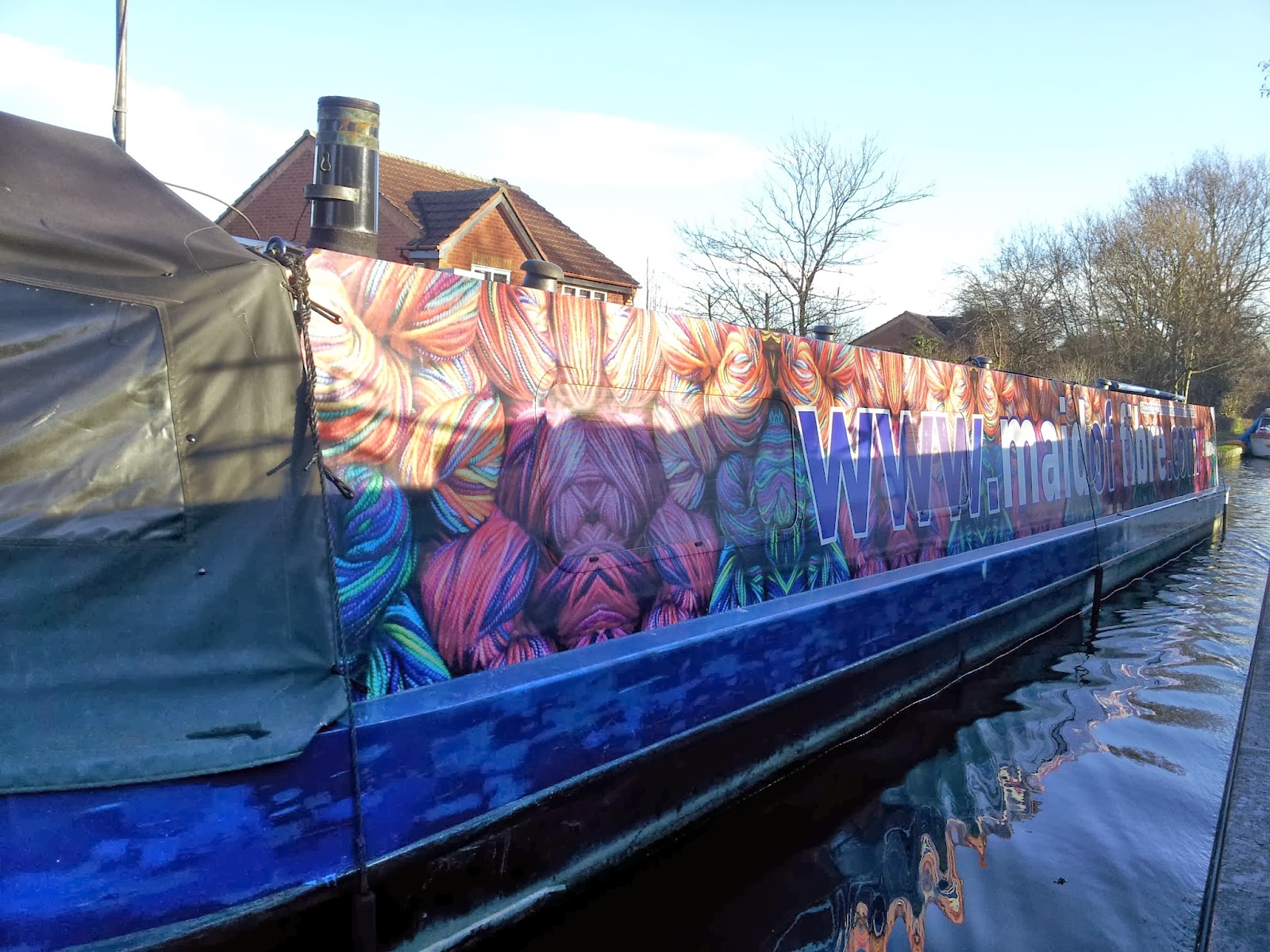 The Wool Boat
We stopped in Fradley for a week, so we could visit Rachel & Bruno in Kenilworth for New Year's Eve, and also to meet up with Mum & Tony.  They'd all been skiing, so I hadn't seen any of the family over Christmas.  So laden down with Christmas presents, and a trolly dolly full of newly made rag rug for Mum, we got a taxi to Lichfield Station, changed trains in Birmingham & Bruno met us at Coventry Station, very painless.  Bruno had offered to bring us back to Fradley on New Year's Day, but trains were running, so there was no need.  Nemo cat was abandoned for 24 hours, and was very pleased to see us back - he's not used to being on his own at all. 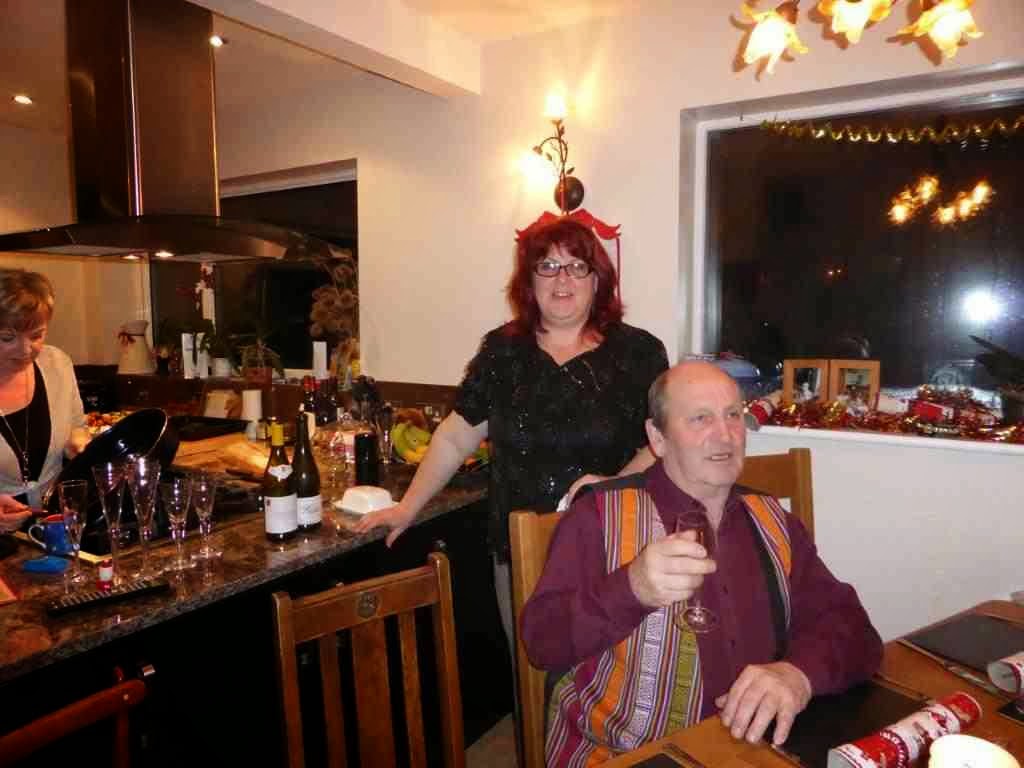 Rachel (left) cooked a wonderful dinner for us all, making it last a few hours, so we didn't fall asleep before midnight!  The blokes sloped off to the pub - the dog wanted to go apparently - while "the girls" (that'll be 6 of us) stayed and cooked.  Thanks Rhiannon for a lovely pudding. 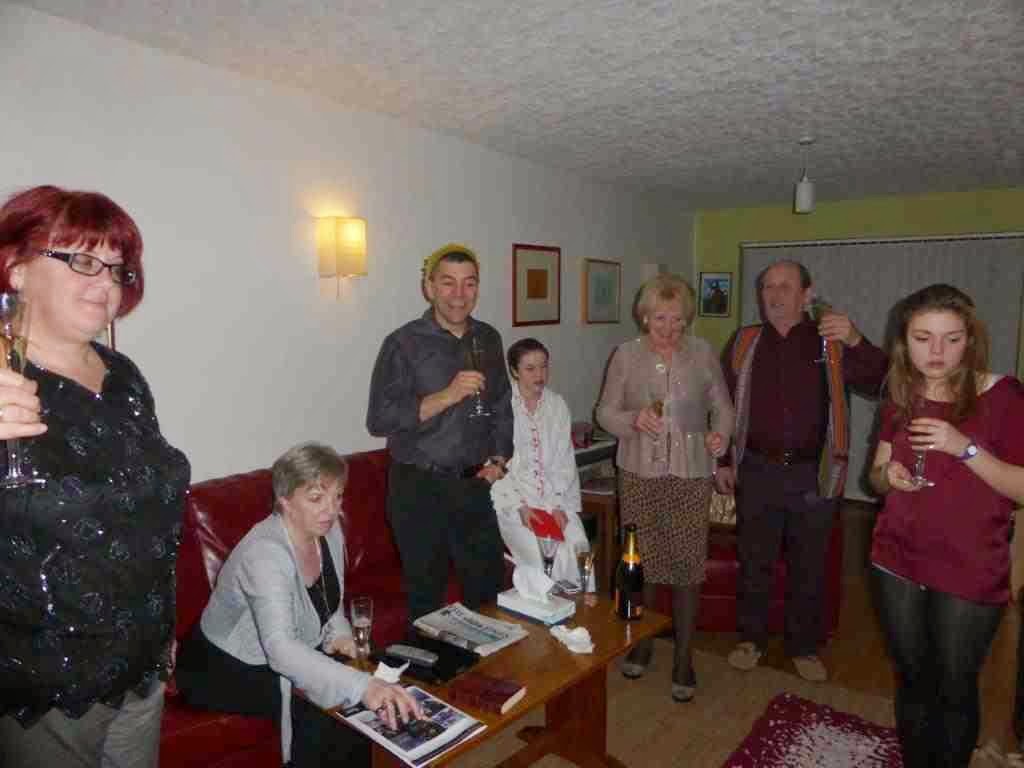 Here's a few of us watching the fireworks on the telly, I'm looking slightly worse for wear!   Bruno, Mum and Dave all look rather spritely though!  Rhiannon by this time had gone into Coventry with her boyfriend, and Tony's taking the photo.