We slowly retraced our route from Stone to Great Haywood, then took a right turn at the junction from the Trent and Mersey canal and onto the Staffs & Worcester canal.  We even managed to have a few days without rain last week.  We try to avoid moving in the rain - so it's taken us about a week to do a few miles!  Boy, am I fed up of the mud.  I know, I know, it could be 10 degrees below, and we could be frozen in (as in previous years), but every time you step off the boat, you're in mud.  I'm just so glad we've now got the cratch & cover on the front, at least we can leave all the muddy boots & wellies outside. 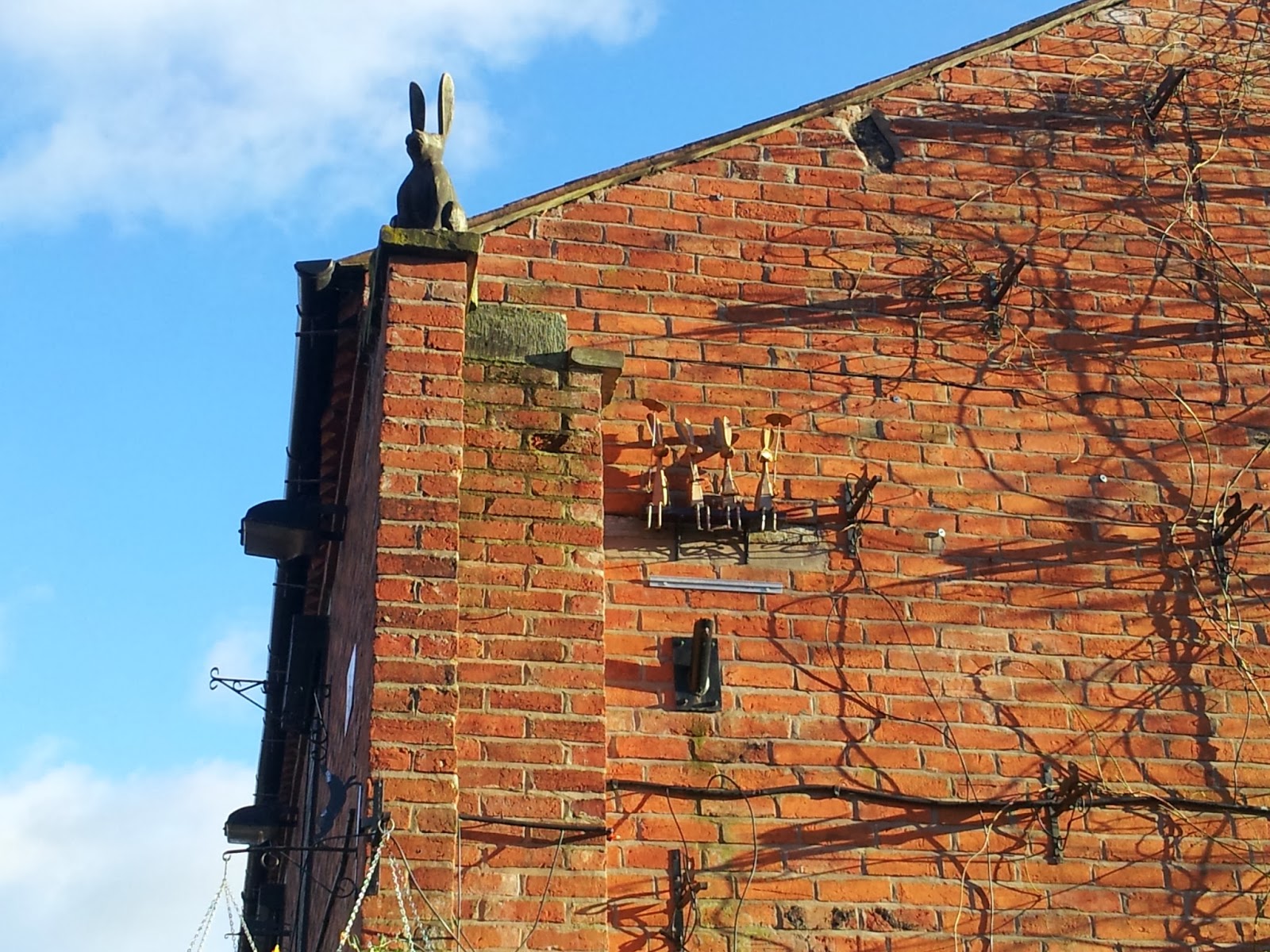 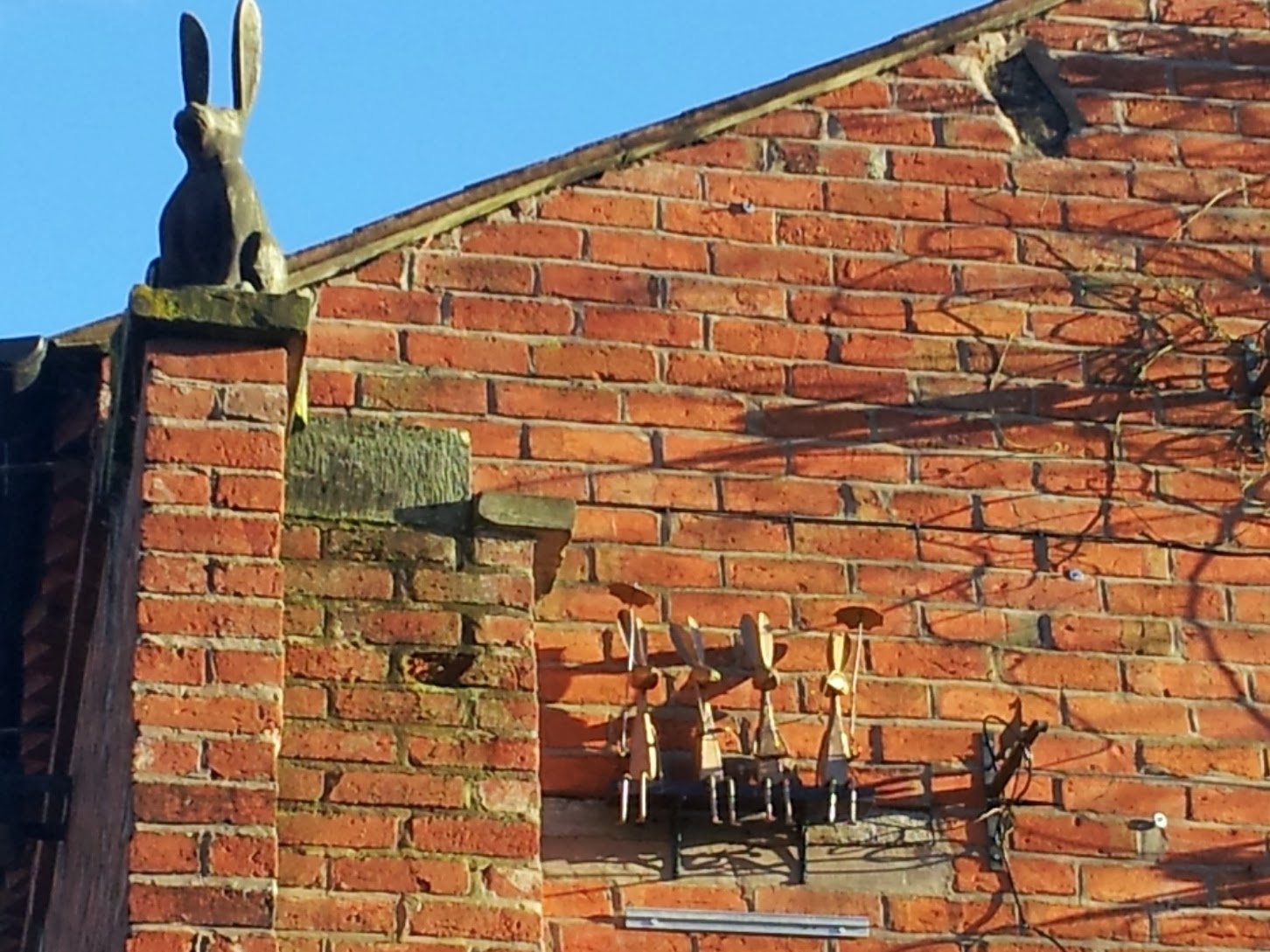 Lovely sculptures of hares on the side of March Hare house in Stone (where else would they be).
I managed to get a hair appointment in Stone with the only hairdresser I've ever seen with red and black bad hair, 1980's Paul Weller punk wig style-ee (If you put this into Google search, you'll see exactly what I mean).  I should have taken this as a bit of a clue as to what kind of haircut I would get - never mind, I have a selection of hats, and apparently 'tis the season for bonnets.
So washing all done in the laundrette, we moved out of Stone. 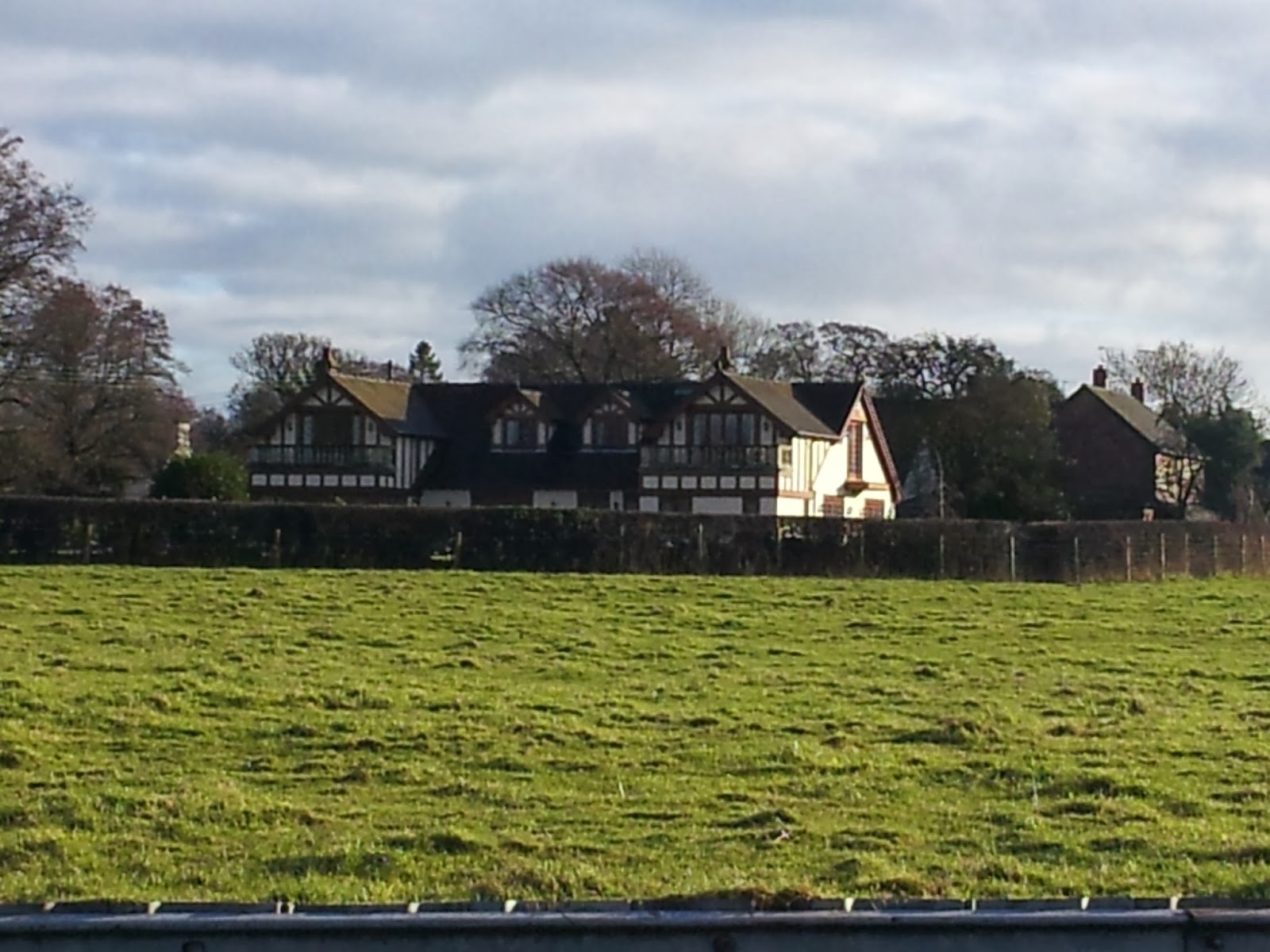 Once out of Stone, we moored near Staffordshire's answer to South Fork.

Saw this old buggy in the same field as the gypsy caravan.
Needs a bit of TLC though. 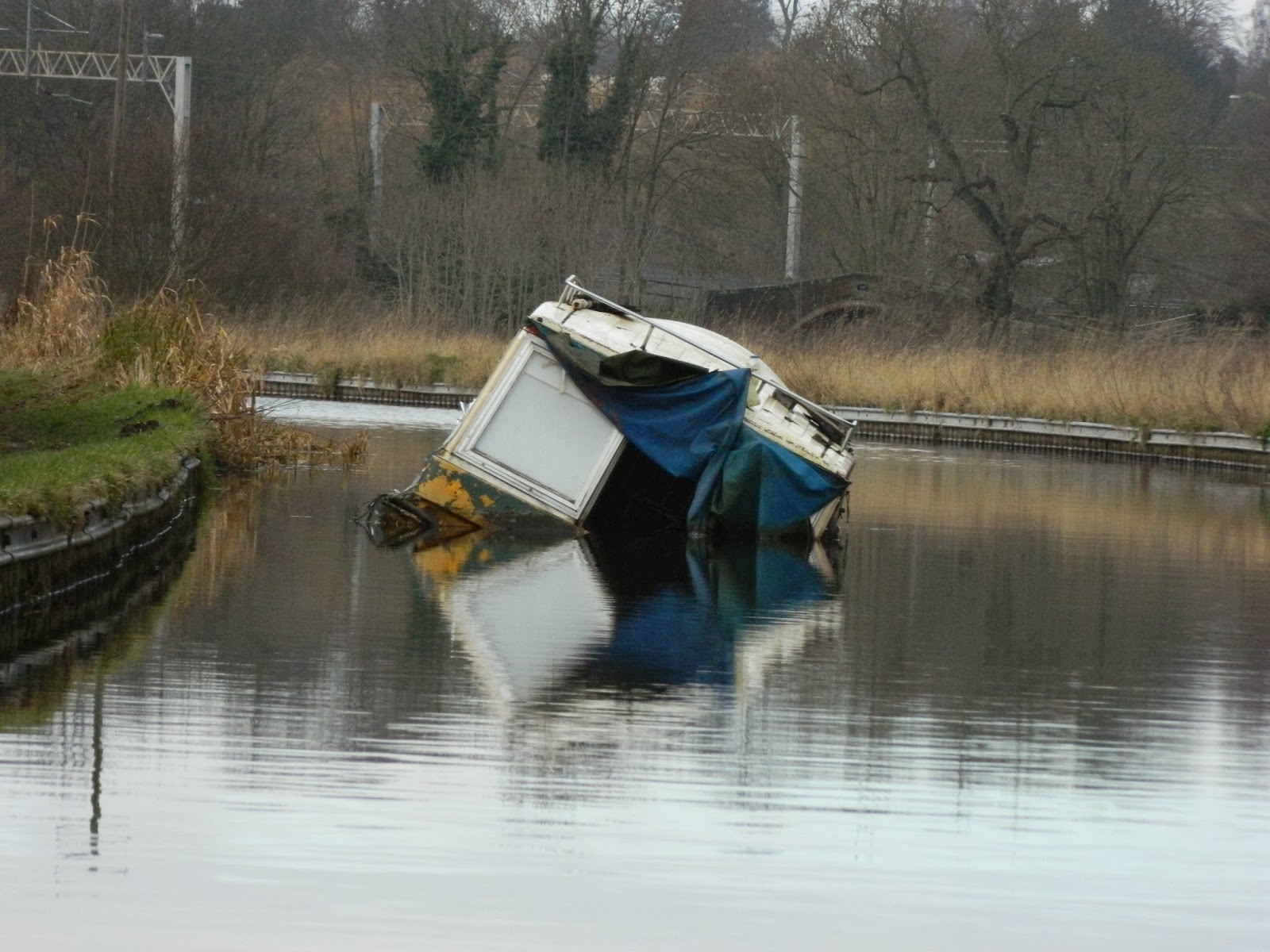 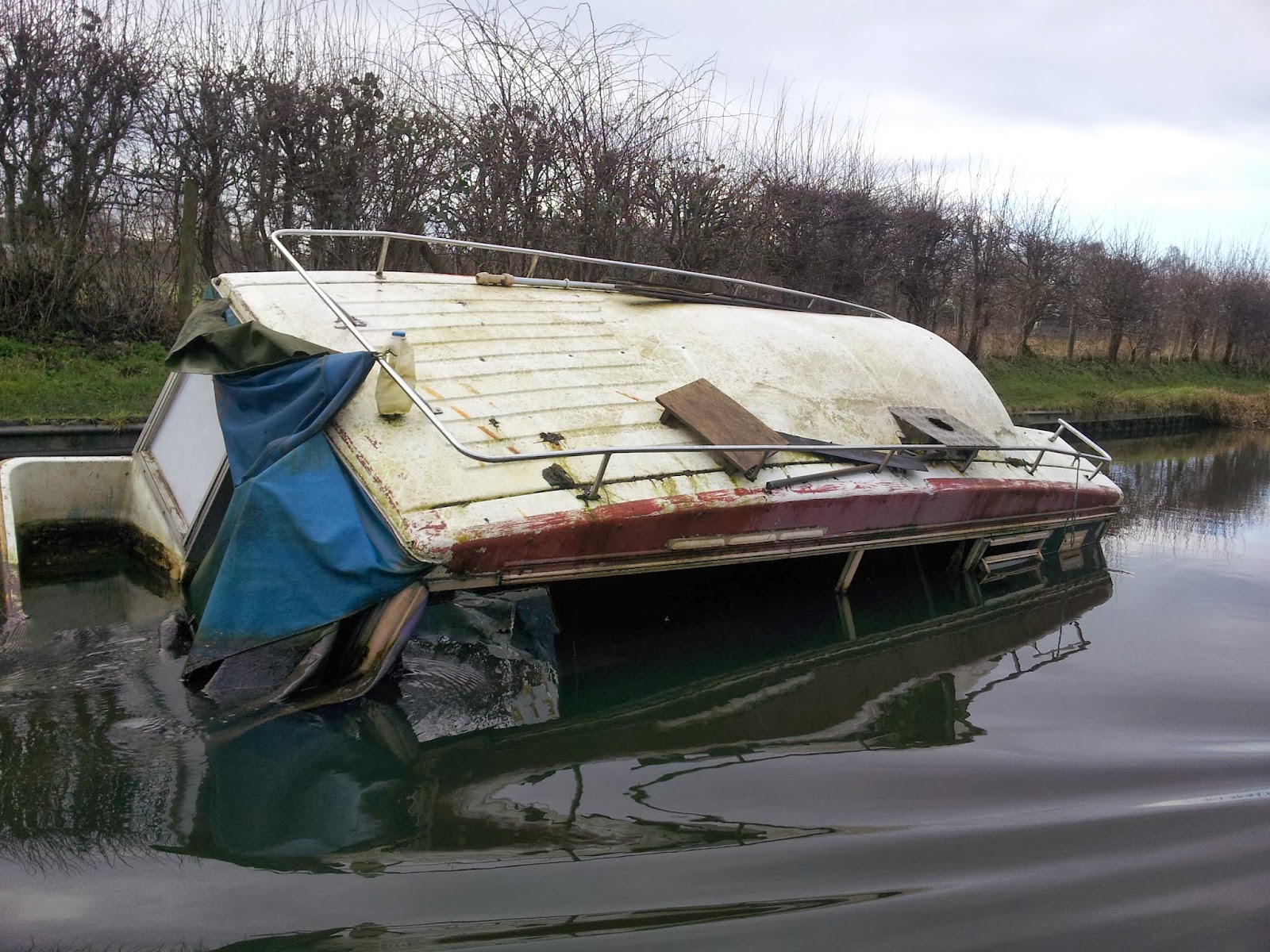 This boat won't be moving any time soon. 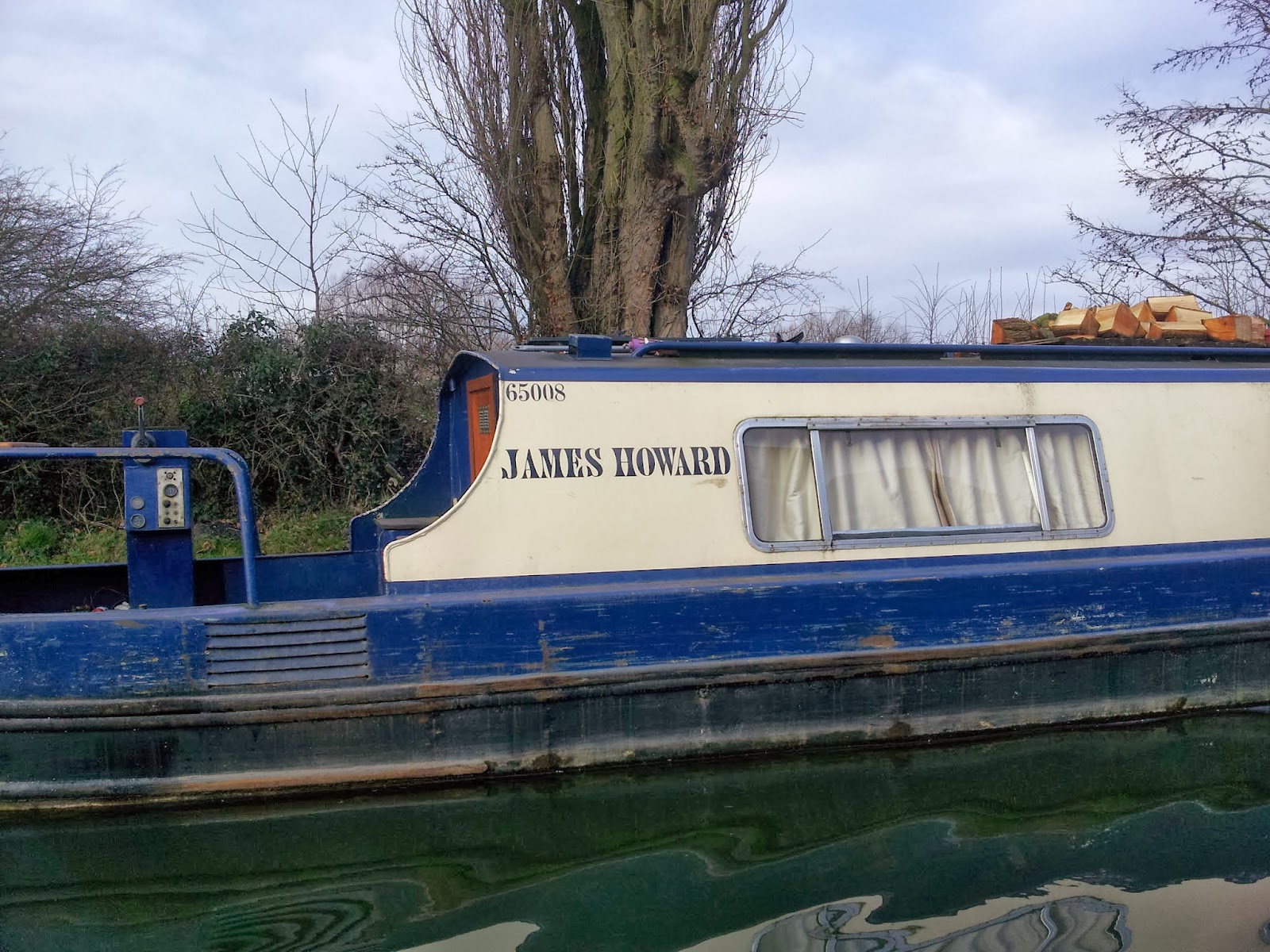 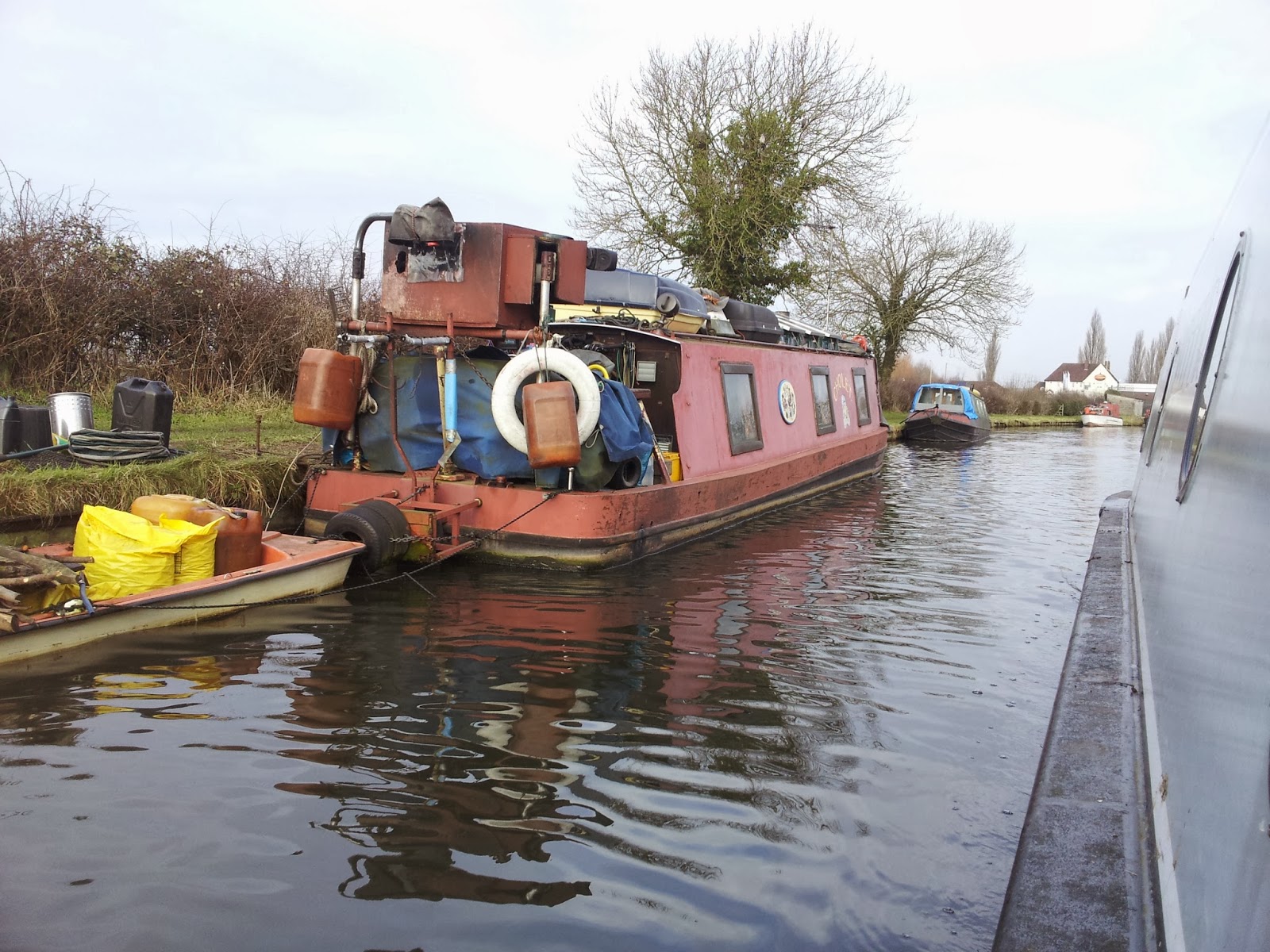 Ah, Cholet, must be at Radford Bank then.  I said last year he's going to have to get a bigger boat with all the "stuff" he collects.  He's got an extension instead, in the shape of a little row boat. 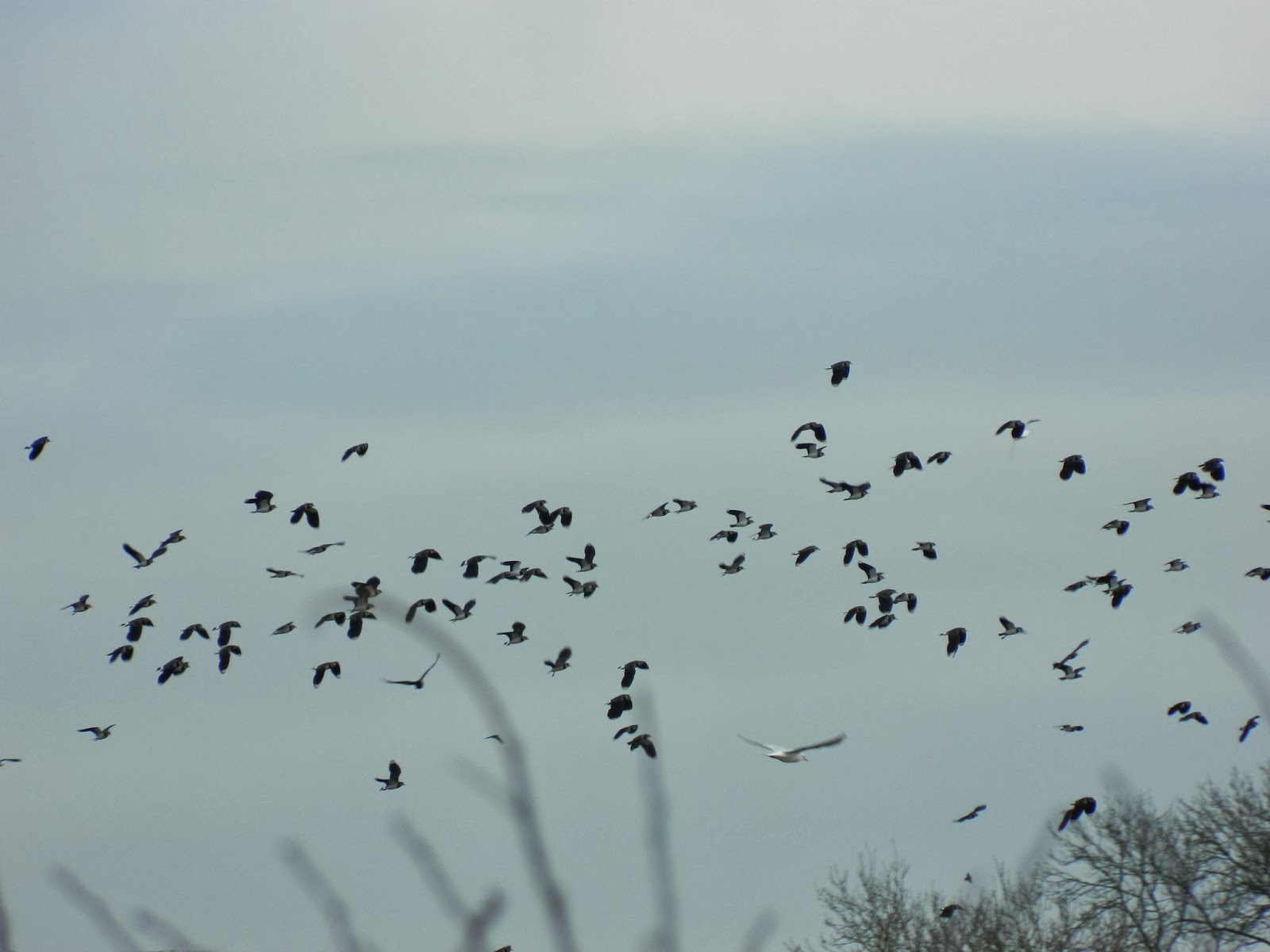 We moored near the Aqueduct over the River Sow, in the hope of seeing some unusual birds, like goosanders on the river, we thought it was worth not having any TV for the night, in the hope of some nice bird noises. But all was quiet - very quiet - without the TV.
When we moved off next day, and round the corner we saw this lot... 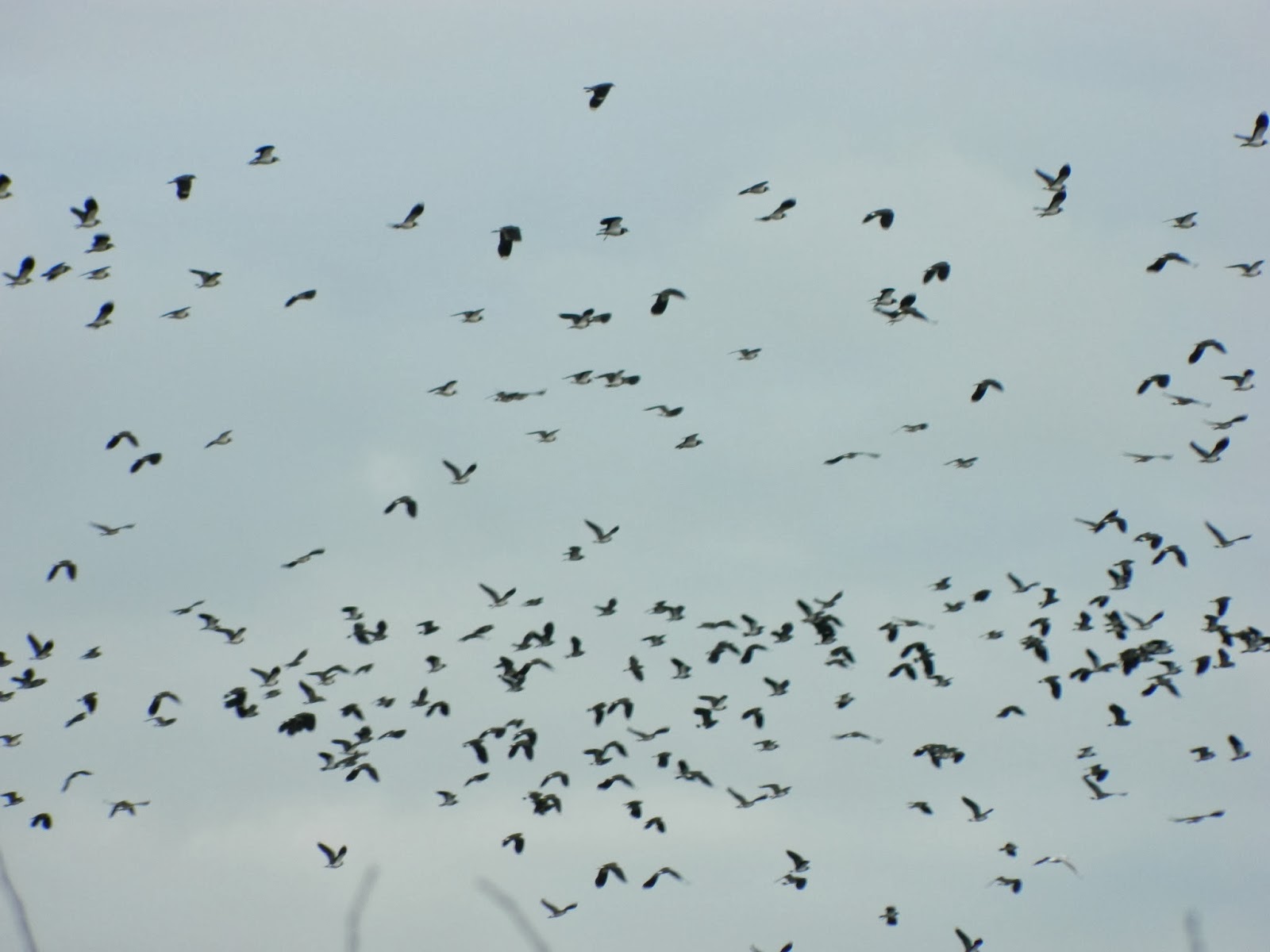 Hundreds of lapwings.  Mark that down in the Nicholsons for next time! 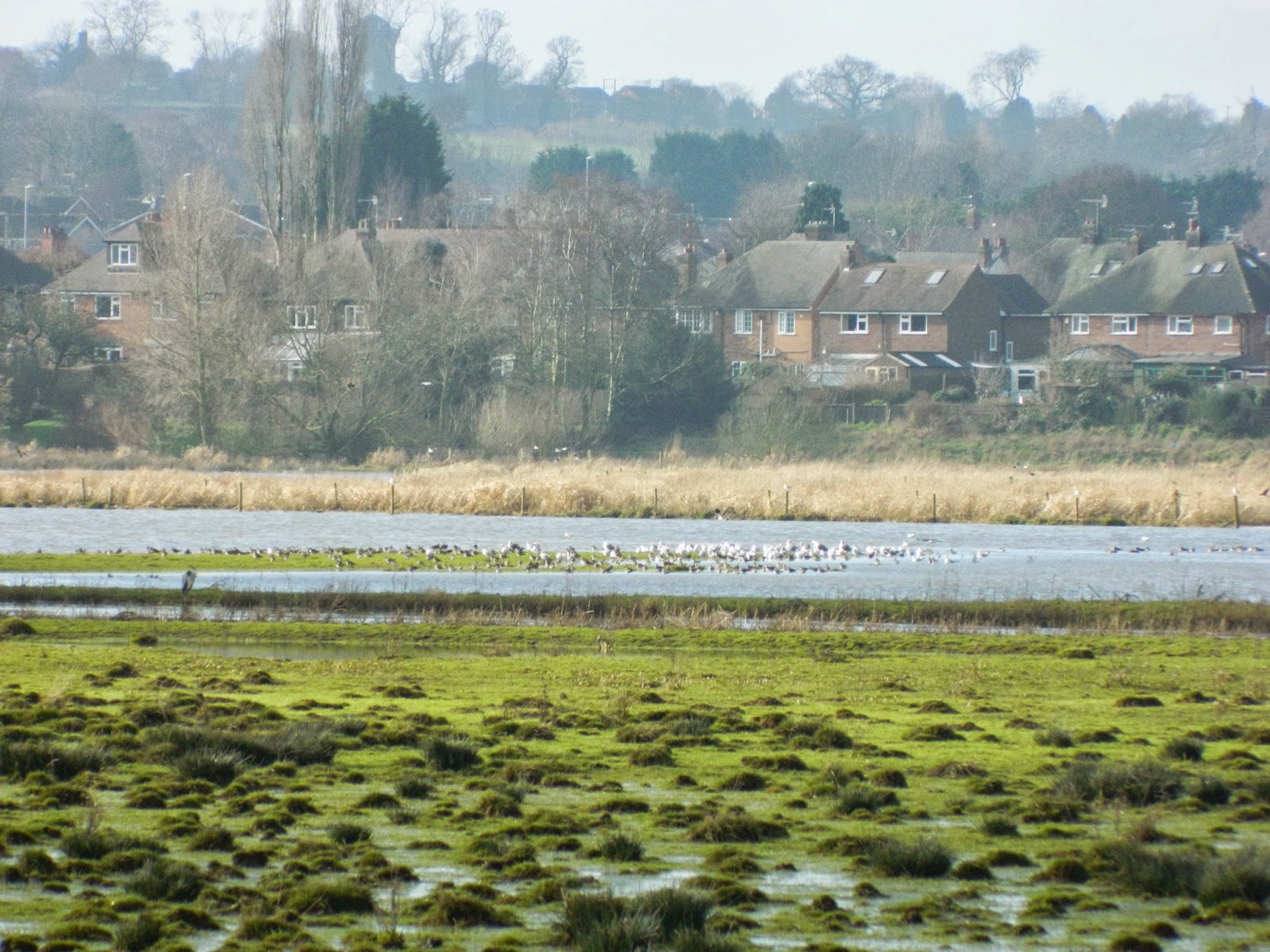 Flooded fields around Stafford with loads of birdlife, just too far away for a decent photo. 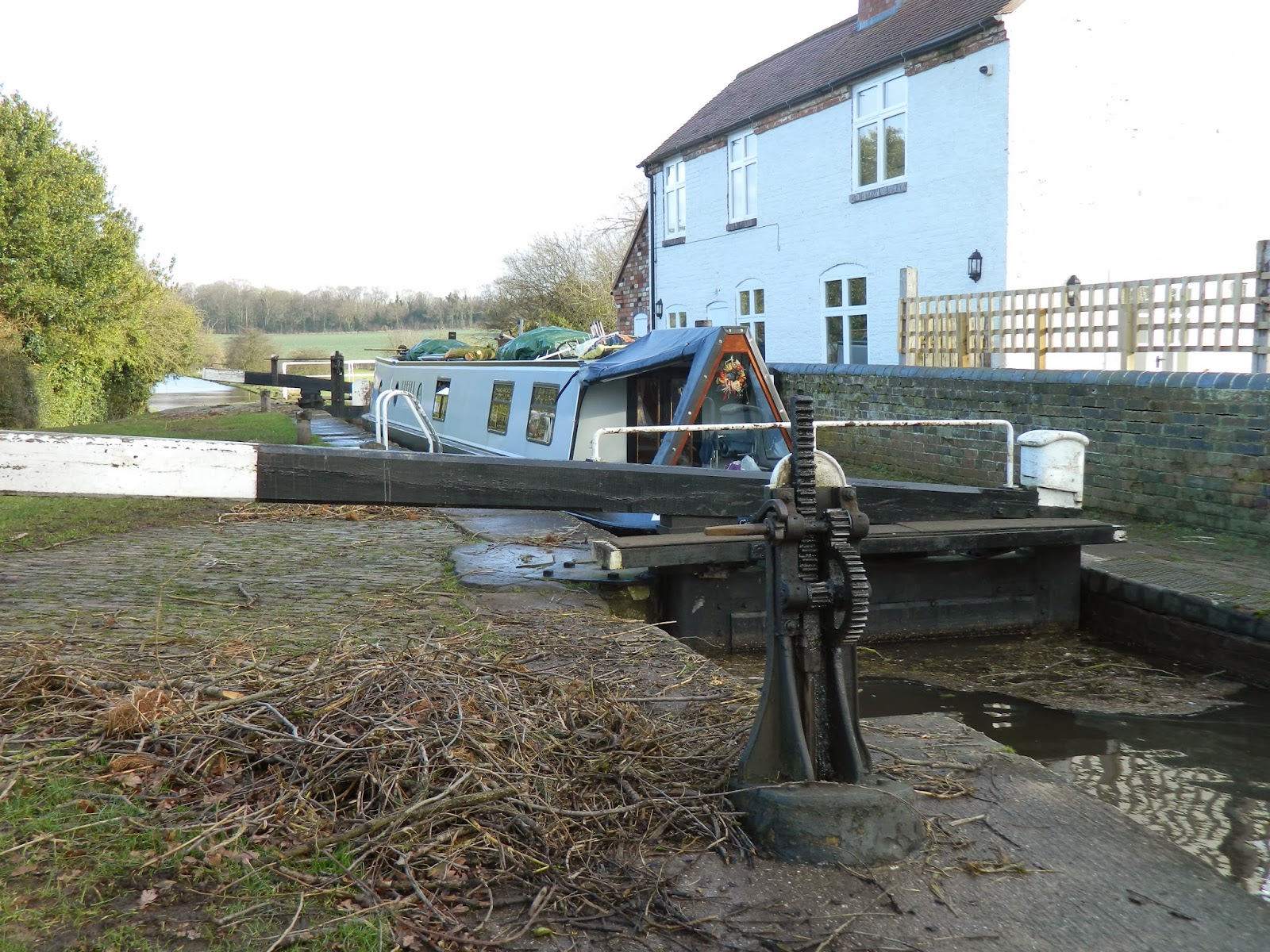 The house at Deptmore lock has been completely renovated and a new access road put in since it was sold 2(?) years ago.  The lovely lady who used to live here had no mains electricity and no road access.  She had a generator for her power, which she said she didn't need much of, as she didn't have a TV, just a radio to keep her company in the evenings.  She had a little boat moored below the lock with an outboard motor, which she used to take herself to Radford Road Bridge then catch a bus into Stafford once a week for her shopping.  We had asked previously what happened to the lady, but were told she went into sheltered accommodation.    Time moves on I suppose.
When ever we pass through here, I remember an incident a few years ago, we had moored up top side of the lock.  Now anyone who knows this location will know it's in the middle of nowhere. No cars, no noise, no nothing!  We were sat watching TV (features a lot in this blog for some reason), when there was a knock on the window of the boat.  It frightened the life out of us, as it was miles from civilisation (apart from Deptmore cottage).  Turns out it was the 'lady of the house' who wanted our help.  A dog had fallen into the lock (which was thankfully full), and she'd been trying to fish him out but couldn't, and came to the boat for help as she'd seen our light on.  We eventually pulled the black lab out of the black lock in the dark.  The dog just ran off towards Stafford.  No harm done, and a happy ending - for the dog at least!  Glad we could help.
Anyway, onwards to Stafford, and a meet up with Mum.
Posted by Sue Hunter at 18:57

Margaret who lived at Deptmore Lock Cottage moved into a house on the Wildwood Estate Stafford several years ago.
We recently heard that she had passed away but sorry, have no details.
We used to love speaking to her as we locked through.
Wish you better with the tooth..yuk!
Evelyn