Birmingham - Market and a special concert!

We've had a lovely time in Birmingham - though Nemo cat wasn't best pleased at being in city centre - wimp that he is!  We had seen the weather forecast, so decided to keep going from Brewood into Birmingham, to avoid the rain which was on it's way.  As you can see from the photos, it was the right decision as it poured down all day.  Not much fun doing locks in the rain!  We did however venture out for a look round Birmingham.  The ice rink had been assembled again... 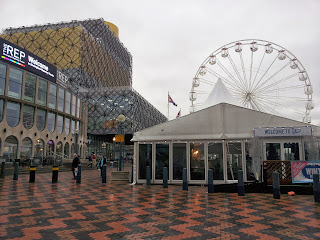 as had the big wheel.
I did fancy a go, but there wasn't much point in the pouring rain with nil visibility! 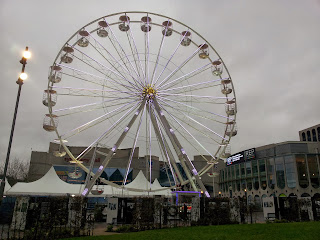 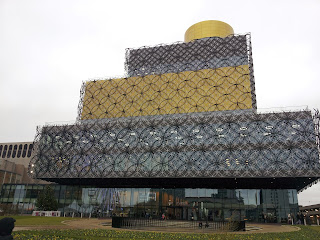 Birmingham Library is now fully complete and open - quite spectacular.
Although it was on our list of 'things to do in Birmingham' we didn't have time to explore inside. 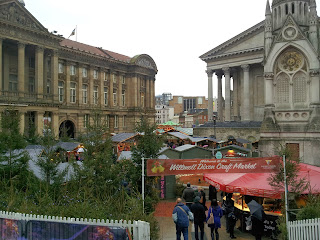 We did "do" the German Market however.... 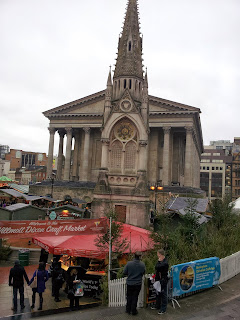 Craft stalls outside the Town Hall 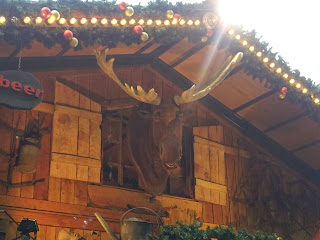 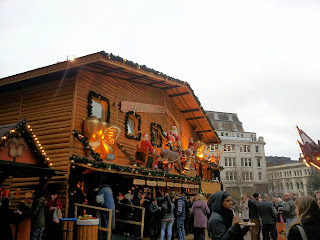 Loads of festive cheer on offer. 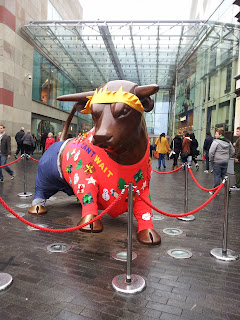 Dressed up for Christmas at the Bull Ring. 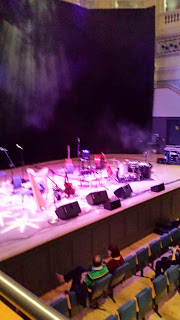 Now these next photos - the reason for the pre-Christmas visit to Birmingham - we had tickets to see Cerys Matthews in concert in the Town Hall.  She certainly didn't disappoint!  She's Dave's favourite.  This is a scene from the stage before she, and the performers came on.  Photos are strictly forbidden during the performance, hence the empty stage.  Behind the black screen you can see above, is this monster...... 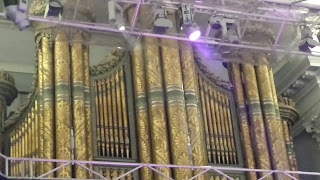 Built in 1834, with 32foot pipes, it was the largest organ in England at the time. 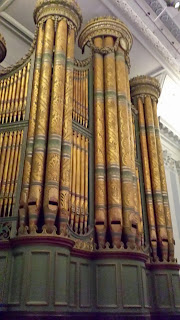 And so to Cerys ... the concert was great, her voice just seems to improve year on year.  Dave waited in line to get his CD signed, and had a chat - he reminded her of her narrowboat holiday a couple of years ago along the top end of the Llangollen canal, where we both chatted to her:- Dave, when she and her pals came into Chirk Marina, and me when she moored in Trevor Basin, just after the Pontcysyllte Aqueduct, and had a breakfast barbeque (I was on duty with BW at the time). 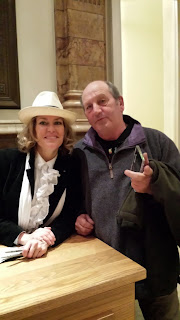 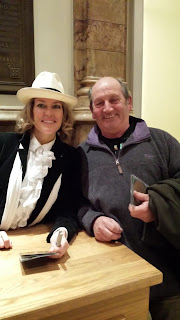 After meeting his heroine, he's had the same grin on his face ever since!
Posted by Sue Hunter at 21:37