White Out at Fradley

We've been trying to keep a bit of water free from ice for the resident ducks by running the engine in gear for a bit, which breaks the ice up.  It also deters the cat from exploring this new surface - as well as an aide for any boat which tries to get past us.

We've been keeping very warm (Mum), with the two fires going 24 hours a day, and will be in danger of running out of the wood I brought back from Fron, stuffed in the tiny hire car.  Needs must.  We can always go foraging as soon as we're released from the ice.  I hear on the blog-vine that BW have been cutting trees near Kings Bromley. 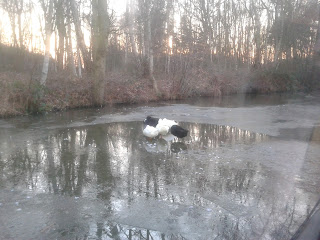 We've been waiting for 2 days now for the man with the diesel in a can, in a van, but despite promises of a delivery, he remains elusive.  We're not short (yet) but in this weather, we'd rather keep diesel tanks topped up - as well as give trade to a man with a van who's trying to make a living selling "stuff" to boaters. 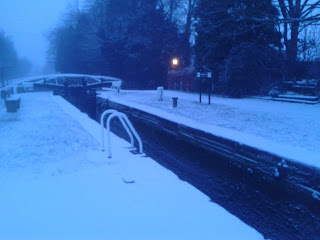 Dave - the trooper that he is - ventured out at 4pm (ish) to take photos of the pub with the first smatterings of snow. 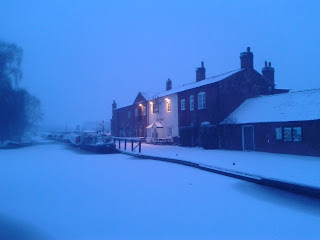 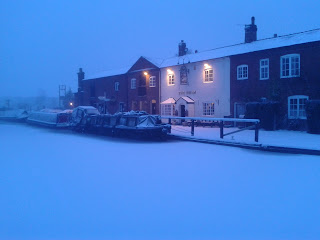 This was the scene 4 hours later - snow still coming down with gusto, and it's now around 3" deep.  I've managed to take photos with the flash on the camera, rather than the mobile phone.  The camera will work when the flash is on, but won't take "normal" pics, and every picture taken, seems over exposed. 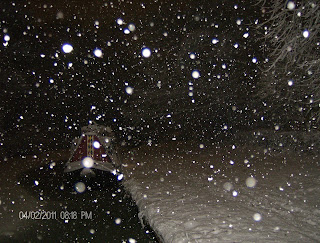 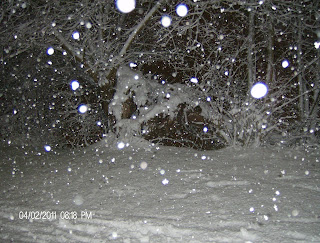 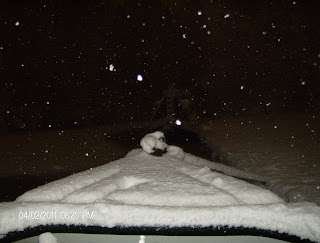 Nemo cat has ventured outside, and is having a whale of a time diving in the snow.  It just gets a bit cold when you have to stand outside and throw snowballs for him to keep him entertained.  At least he has ventured out - he's been very reluctant to leave his furry "den" in this weather, and as we've been here for a week now, he's also bored with the place. 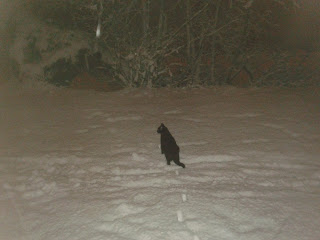 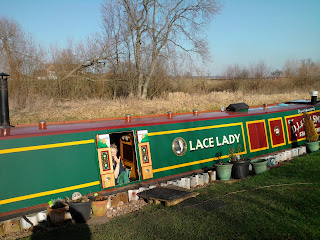 We spent a lovely day with old friends Dot & Dave (NB Lace Lady) down at Wychnor moorings a couple of days ago.  Dave came to Fradley and picked us up in the morning and kindly brought us back later in the day.  We hope to visit with them again, after the weekend of proper sport on the telly.
Posted by Sue Hunter at 21:01