Back track Willington to Fradley 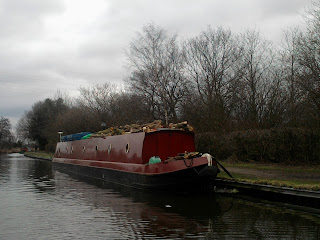 This boat's found the stash of wood near Willington ... 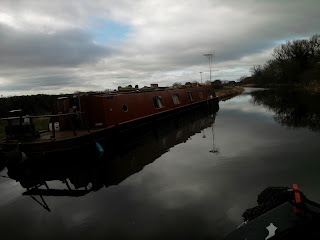 so has this one (both boats painted red oxide liveaboard colours) 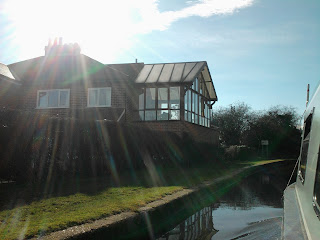 I've blogged in the past of houses which go to great lengths to hide the canal from view, however, this is how you make the most of a canal view.... 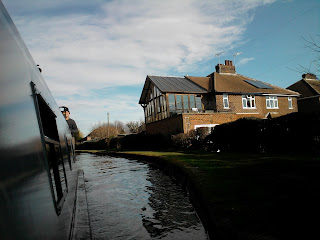 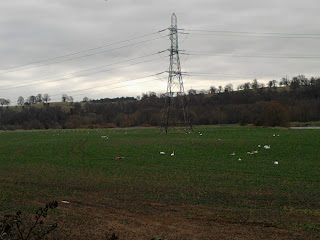 Swans, swans and more swans.  I counted over 70 swans in this one field. 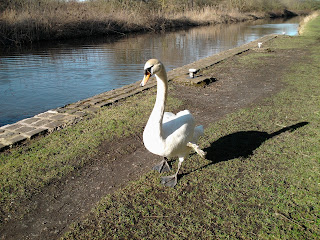 This poor chap's got an 'angel wing', it's a development problem and not a broken wing, but he's unable to fly.  Doesn't seem to affected him much - he's huge! 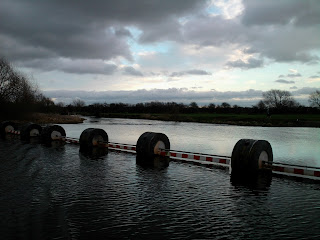 Back past the weir below Alrewas, then left turn across the trent up the lock. 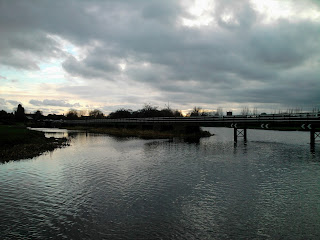 We had a lovely night with Dot & Dave in Alrewas to celebrate Dot's birthday.  Then it was an early start (for us) with the aim of getting a good run into Stone.  But the best laid plans and all that, we got as far as Fradley, where the canal had been closed, as in my last couple of blogs. 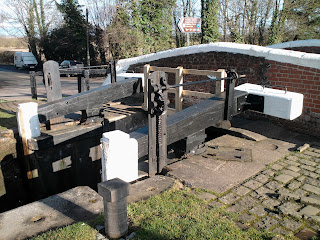 They may be narrow locks, but these shortened lock beams are extremely difficult to close.  The end bit is at a 90 degree angle to the beam in order to accommodate the bridge. 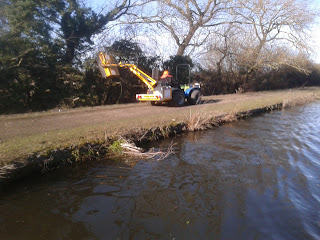 BW cutting back the hedgerow.  It would seem to be the wrong time of year to be doing this, just as the birds start nesting.  Those black thorns are a real pain for cyclists, 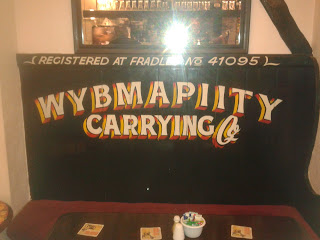