Beautiful sunset last night, though this mobile phone pic doesn't do it justice.  We never did get round to buying a new camera in the January sales.  Never mind. 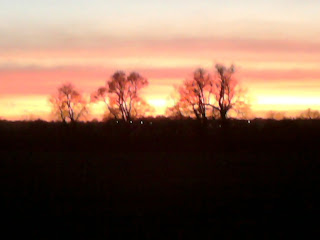 Nemo cat is having a lovely time playing in the woods, unfortunately for us, he brought us a furry "present" yesterday, and we've been playing hunt the mousey ever since.  I hadn't realised he had brought one in, until it popped out from the side of the fridge to see what I was cooking for tea.  I had my suspicions after a couple of Nemo's cat biscuits had appeared near the fridge.  After removing the washing machine and fridge without success, we turned our attention to the cooker, where Mr Mouse had obviously set up home behind, after removing the cooker, Mousey made a dash for freedom into the wine rack.  Dave was not amused and started dismantling the rack.  At this point the mouse seemed to surrender, and ran into our mouse catching recepticle (a large plastic beaker) and stayed put, so liberating him wasn't as hard as it has been on previous mouse catching excersises.  Of course Nemo was extremely bored by now and had retreated to bed. 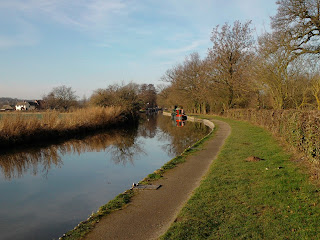 There's only one other boat here at Grendon moorings, which is wonderful.  Our only neighbour is the boat Jack The Lad, who's been travelling in the same direction(s) as us and who we've been bumping into since November on our way down to Oxford.  I've never seen so few boats here.  Dave's enjoying his 2 mile walk up to the Market Tavern, where he's treated as a local - probably due to the fact that we were frozen in at the top of Atherstone locks for over 6 weeks last winter!  It's nice to walk into a pub where people know your name, even if the Landlord has changed.  The real ale is still great. 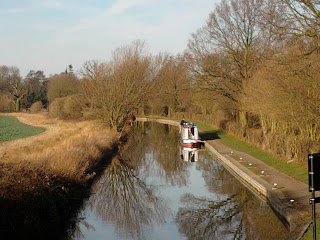 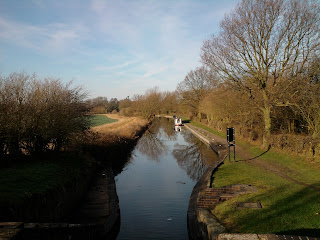 Dave is taking advantage of the lovely weather, and the absence of any boat movements, and blacking the side of the boat. 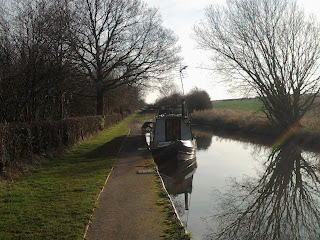 The bottom lock here at Grendon has been padlocked to stop any boats going up, due to the work being carried out on the locks further up.  We're going to have to move and do some cruising soon, 2 miles in over a week while we've had such lovely weather is a bit slow, even for our standards.  We've been hanging around here for the last 10 days as Dave has been having his teeth seen to.  You wait - the weather will change on the day we decide to move off! 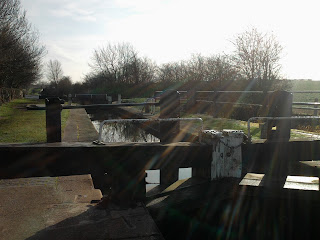 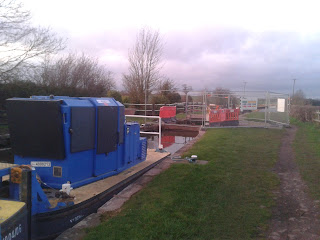 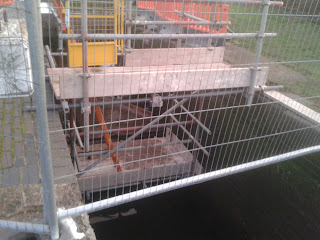