When we got nearer to Banbury, Dave contacted his pal Mike, (who lives in Llangollen), and is a train driver with Chiltern railways, as he sometimes has a stop-over in Banbury, but not this time (in the hope of a pint in the Raindeer).  Mike said he would be passing through Banbury station Wed afternoon and would keep an eye out for Beefur on the way, as the railway line and canal run side by side for quite a distance around Cropredy/Banbury.  So Dave surprised him by turning up at Banbury station to give him a wave and congratulations for becoming a granddad.  Quite a coincidence, as this was the first time Mike was driving a loco for 8 months (proper engine), instead of the more modern Chiltern units.  No time to dawdle, schedules to keep, so with a flurry of horn blasts as he left the station, he was on his way to Marylebone, scaring the passengers on the platforms to death! 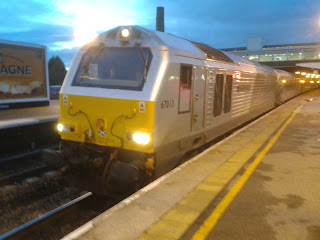 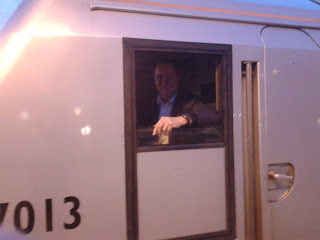 And on to boats, lovely old working boats and buttys in various stages of repair on the way into Cropredy... 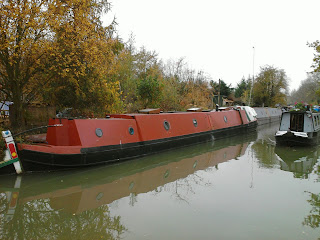 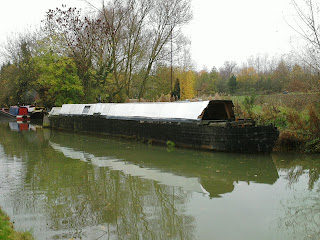 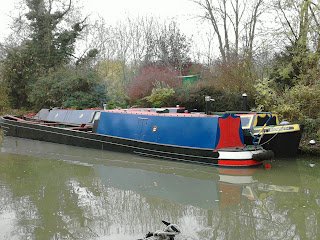 and some newly built.
And so to planes, well the nearest thing to a plane was a woka woka chinook, swooping very low, and one of a pair.  Something else that made the cat shoot inside.  Woos. 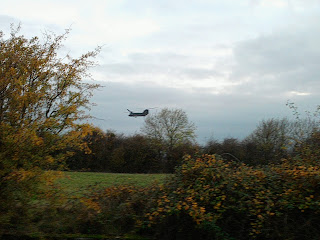