We've not been getting much sleep lately, due to Nemo cat bringing us presents in the night. Gill & Graham have had the same problem with Daisy - though she doesn't go out at night. So we've got Daisy taking the day shift & Nemo the night shift. We'd better move on from this spot before the whole mouse population is depleated. Nemo brought in 5 mice last night, 4 alive and one dead. We managed to catch them, as we now have a cunning plan in place to retrieve said mice:- Nemo brings mouse in & sits under the bed. We then trap him (and mouse) under the bed using tin trays, lift up the bed base (we've got a cross double which folds up) then quickly trap mouse in plastic jug. This usually works, but last night unfortunately a particularly lively mouse made a dash for freedom before the tin trays were in place, and dived into the skirting board & hid between the pipes. We managed to extracate mouse with the aid of a spatula, a delicate operation trying not to move the pipes too much. A split or leaking pipe is not what you want at 3am! 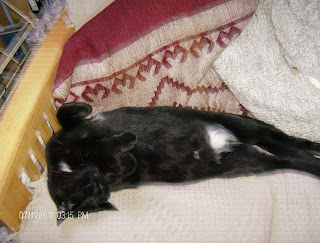 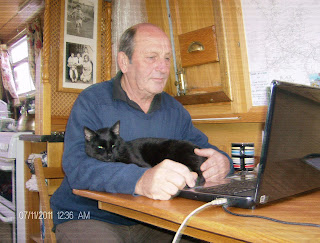 Dave getting some help from Nemo on the computer 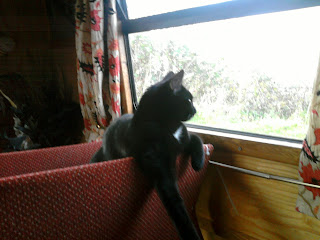 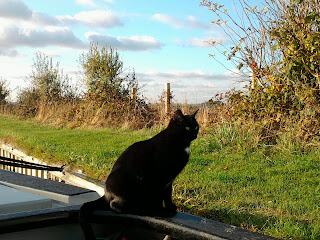