Sheltering from the storms

I don't know how well you'll be able to see this map, but hopefully it will make sense of the route we have taken over the last few weeks. 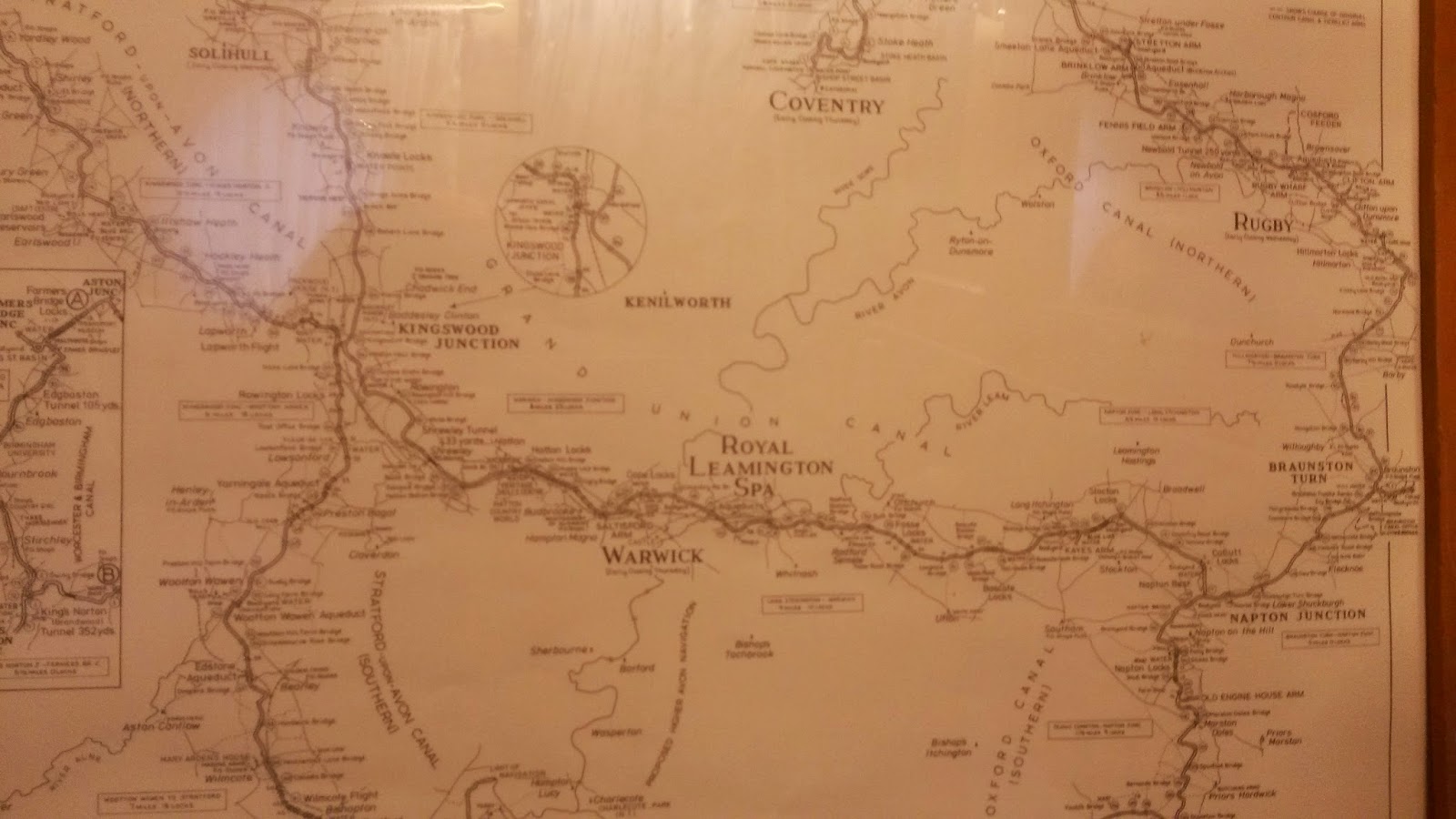 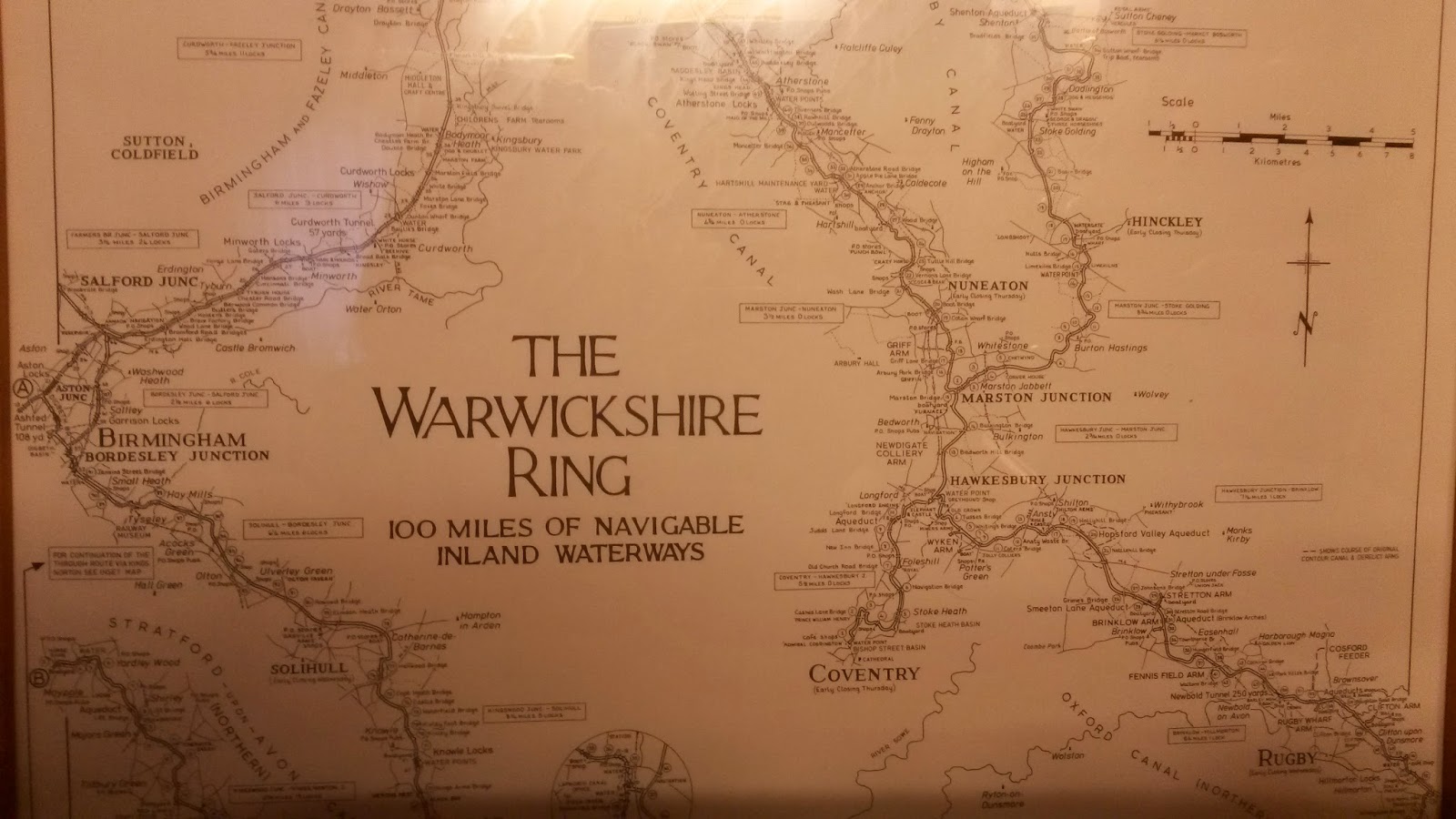 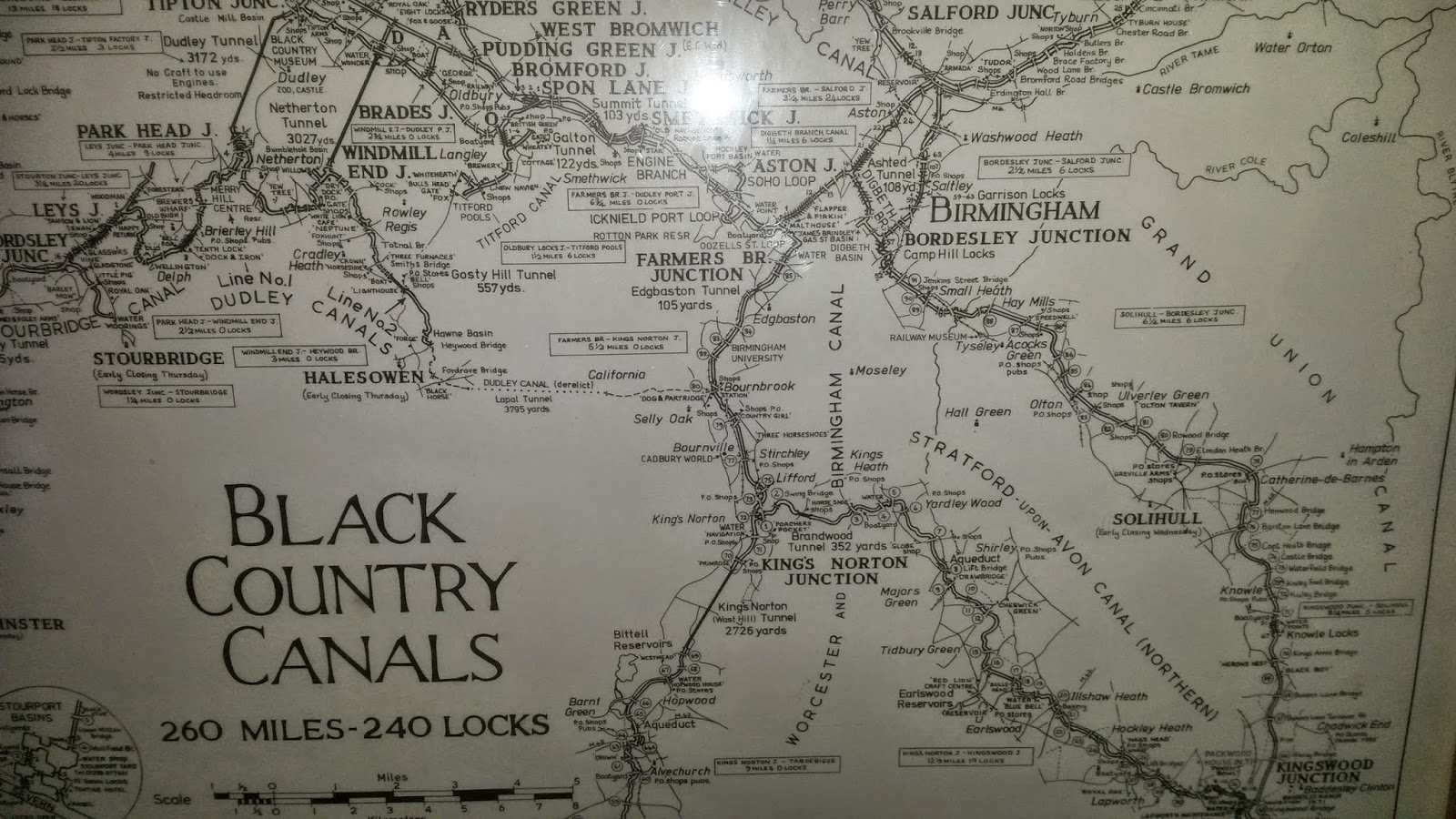 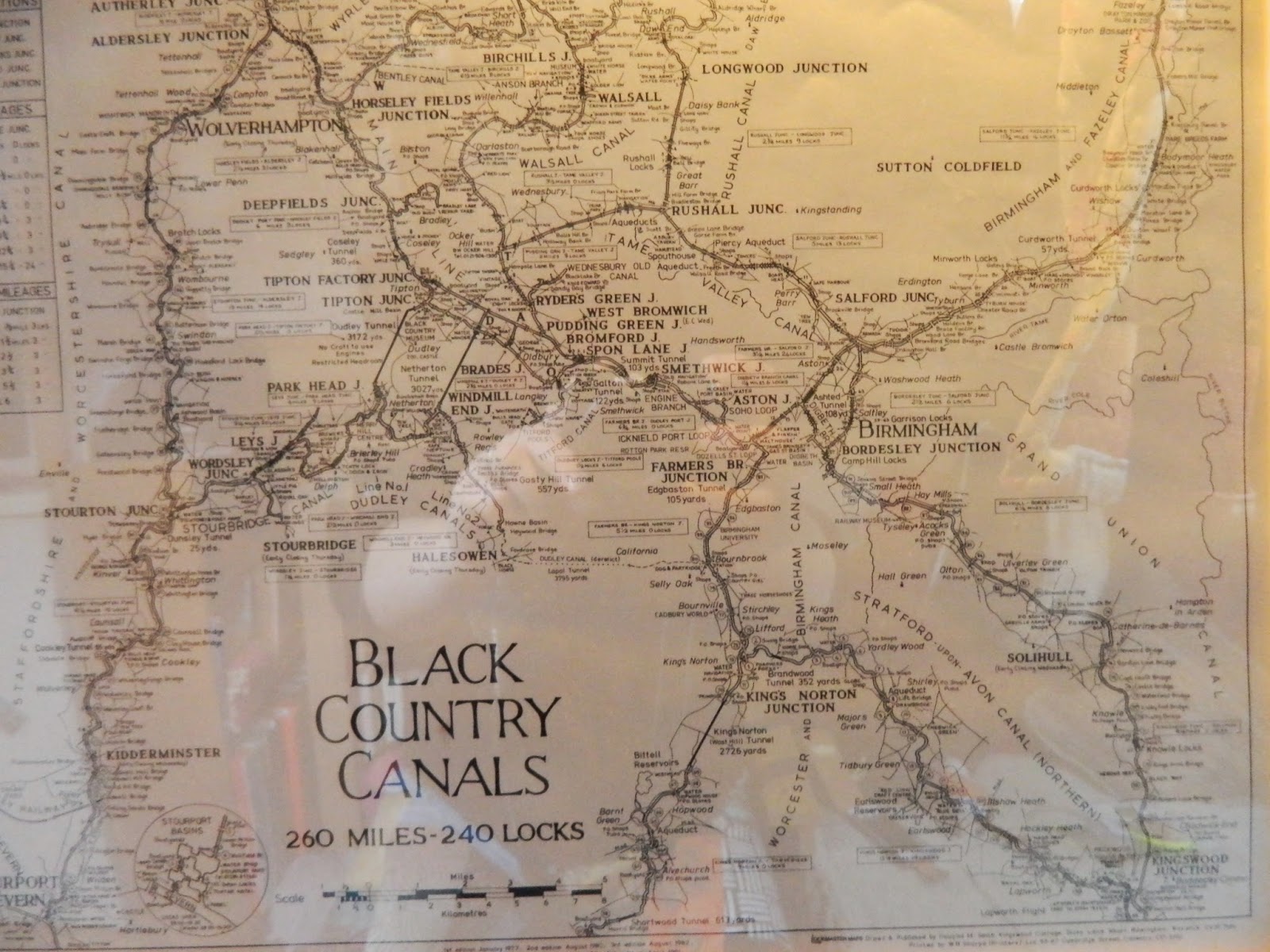 Not that brilliant - so (Mum) you'll have to get your map out!


From Great Haywood we retraced our route back down the Staffs & Worcester canal, through Penkridge, and took a right turn onto the Shroppie (the Shropshire Union Canal).  There were storms a'comin', so we stopped outside Brewood (pronounced Brood) at the 'three mile mark' - I don't know if there is a proper name for it, but that's what we call it, as it's 3 miles from Autherley Junction, the start of the Shroppie.  We figured that with the forecast high winds, we needed to take shelter for a couple of days, NOT under any trees!  We stayed there for 4 days, and only saw 2 boats during that time.  One was the coal boat 'Roach', and the second was Henry Hollingshead & Cetus.  We had a brief conversation as he passed, but I have no idea what we were talking about, as he's that broad with his Black Country accent mixed with Old Boater speak.  We were getting low on diesel, so broke cover & headed to Wheaton Aston where we filled up at 62.9p per litre - 30p per litre cheaper than the last place we bought it.


Not long after we turned onto the Shroppie, we came across this fella - a teal.  Quite happy doing duck things.   The very next day, a car had been 'dumped' in the canal at this very spot.  Don't suppose it held up any boats though - there's no one moving at all around here. 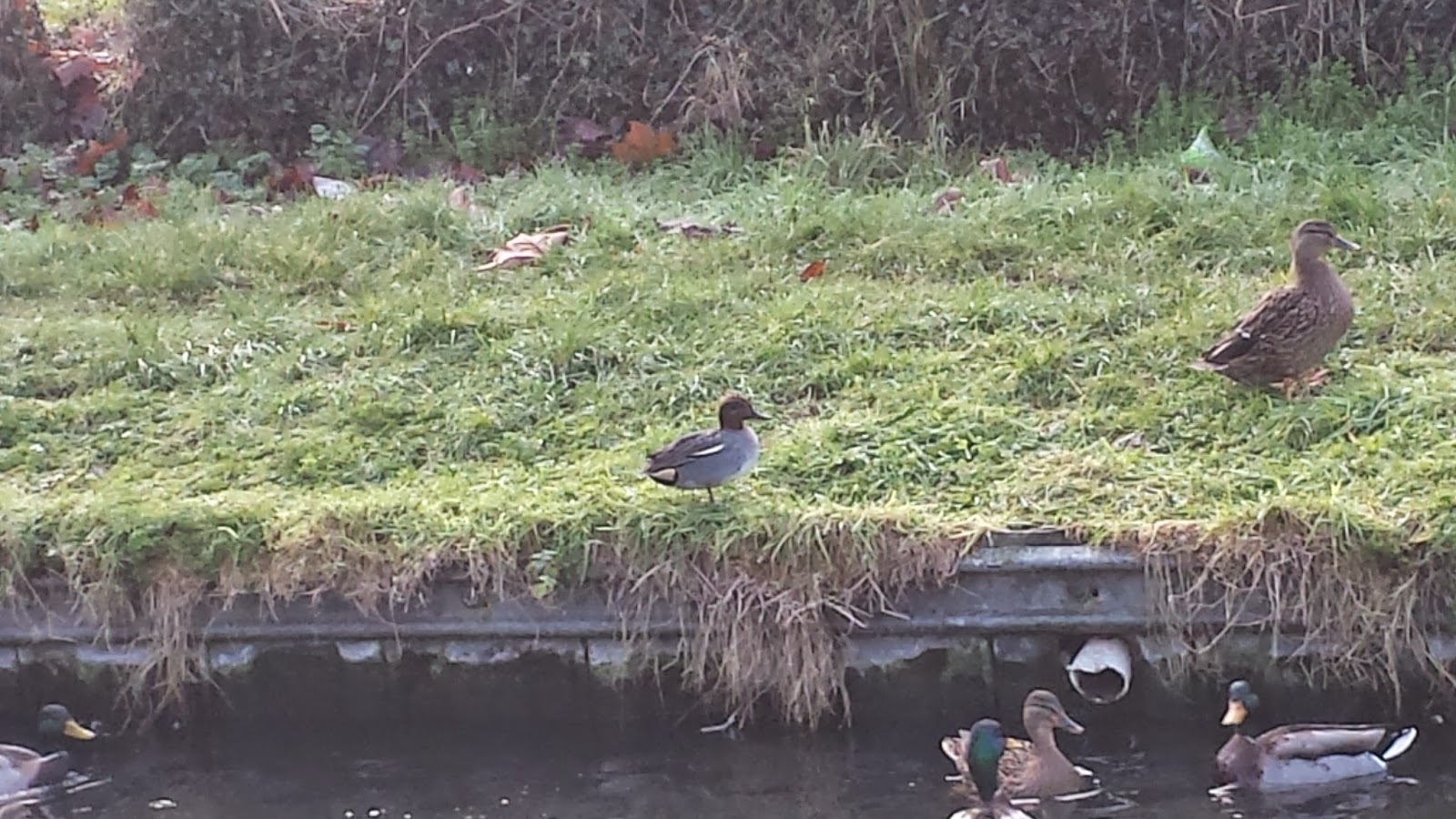 While we're doing birdie pics, here's one of a buzzard, casually strolling across a field as we passed. 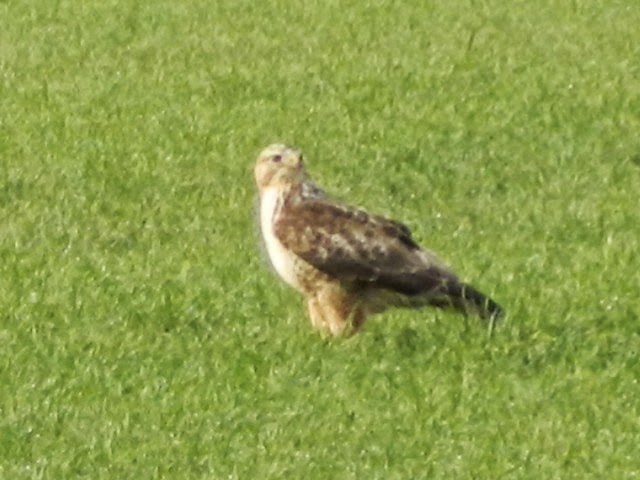 This is what greeted us when we arrived at the refuse disposal point at Wheaton Aston....... 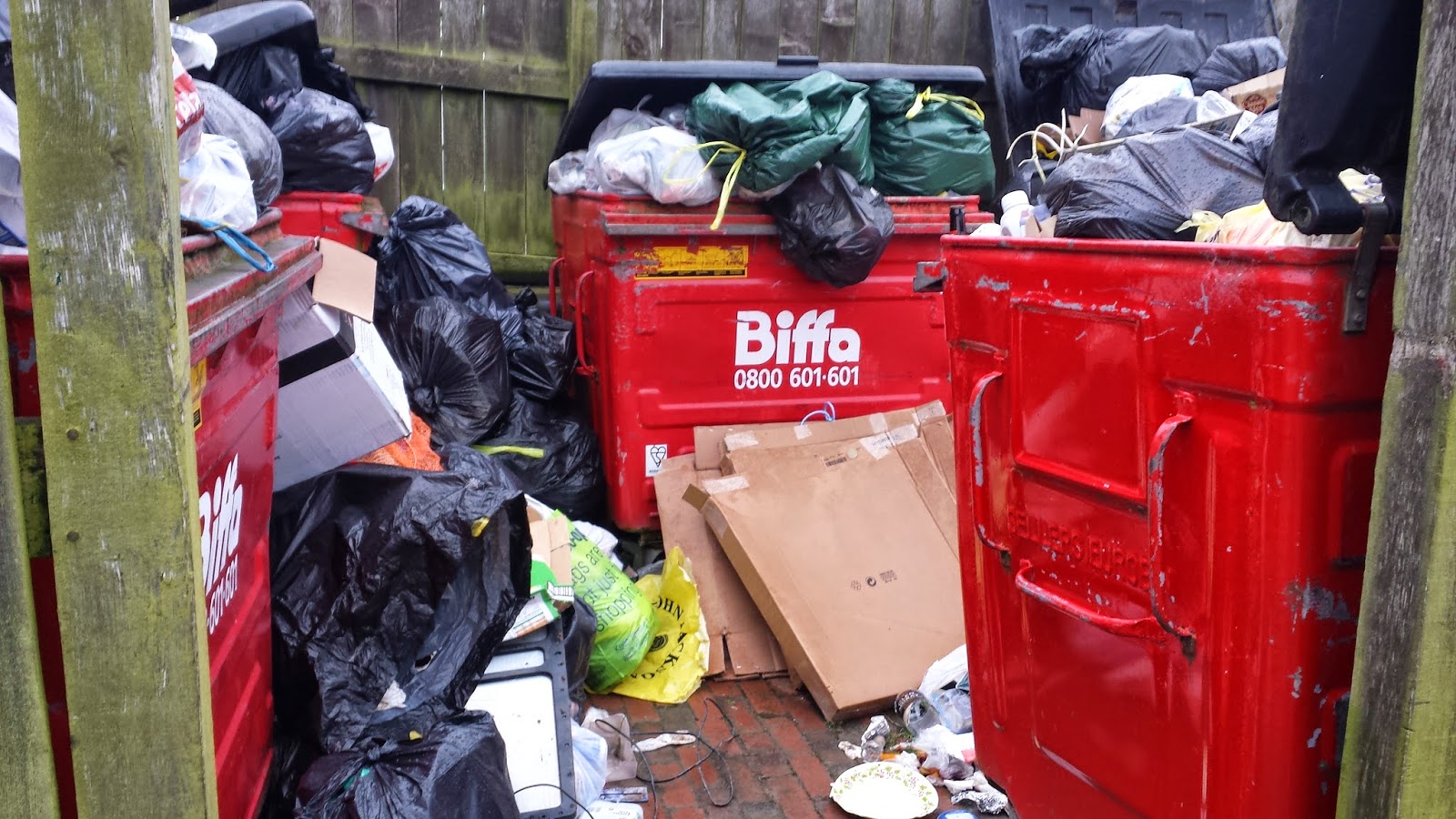 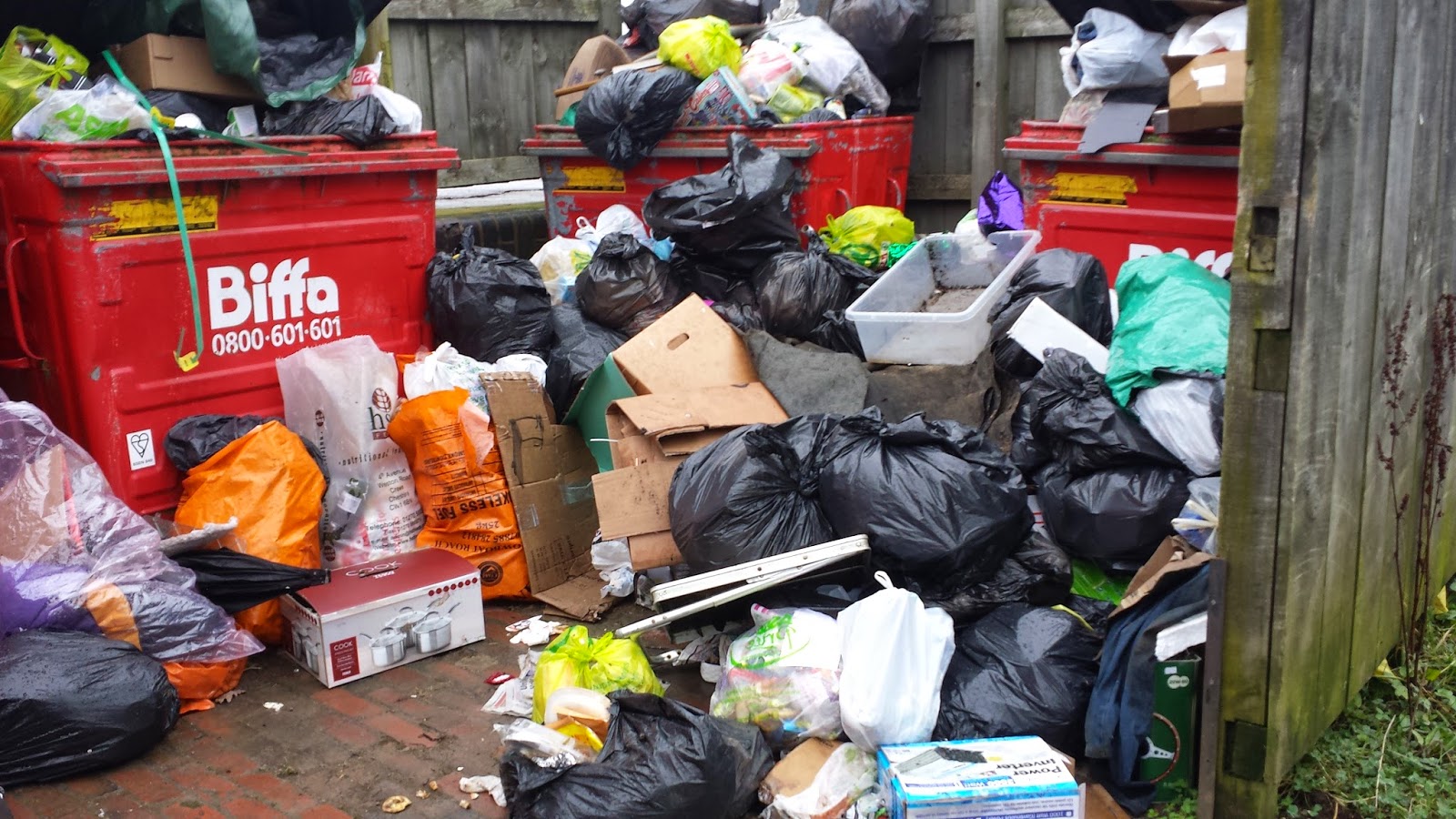 After contacting CRT, with a picture of the mess, CRT advised us that the contractors had not been to empty the bins since before Christmas (this was on 6th Jan).  This seems to be a frequent event (judging by the what we've seen on our travels - and at home up Llangollen).   This necessitates CRT sending their men out to load up some of the rubbish bags into a CRT vehicle, and take it to the tip themselves.  A drain on CRT resources don't you think?  If the contractors aren't fulfilling their contract to collect rubbish - then get another contractor in who will stick to their promises & dispose of the rubbish!  It's not the fault of the local CRT Team - but they are the ones that have to clear up the mess.  Rant over (for now).

There was a boat moving at Wheaton Aston - the first one we had seen in a weeek.  They were coming down the lock, and we were going up.  Turns out they were from Wrexham!  What are the chances of that! Oh- and we passed NB Armadillo in Norbury, with just time to shout a quick Hello. 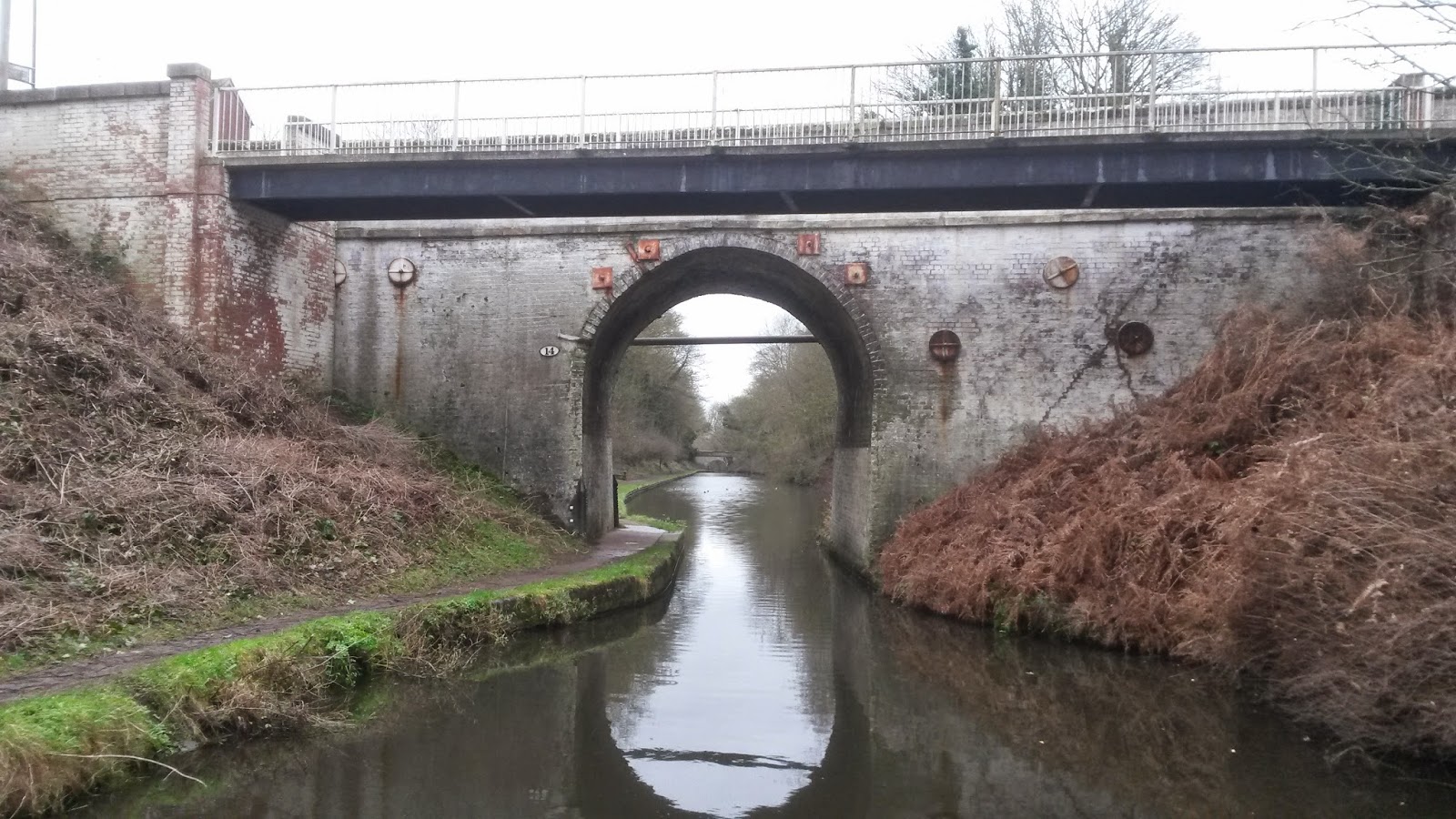 Back into Brewood, heading from Wheaton Aston (north to south) 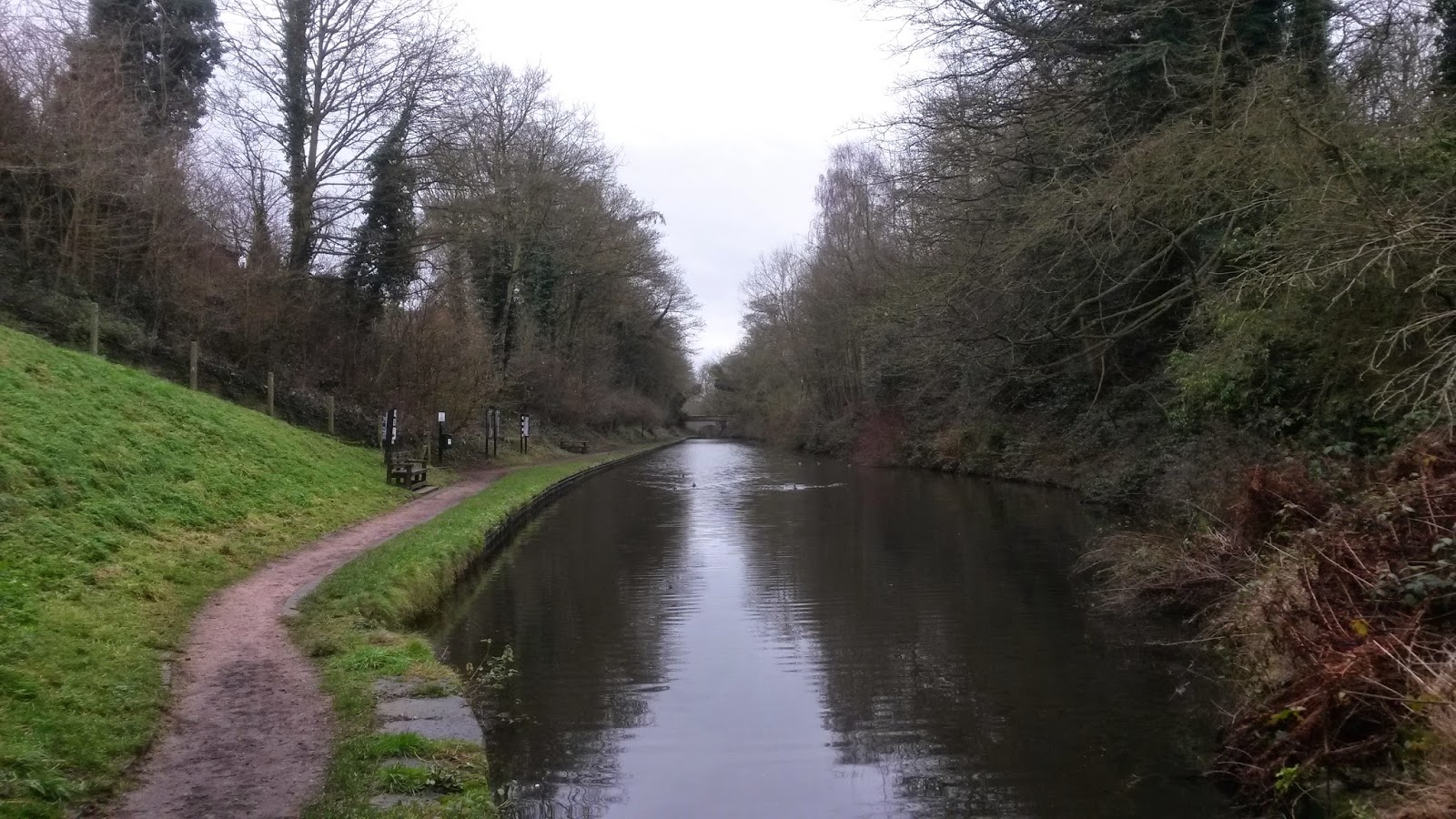 Now, I've never seen this before - no one - not one boat, at Brewood moorings! 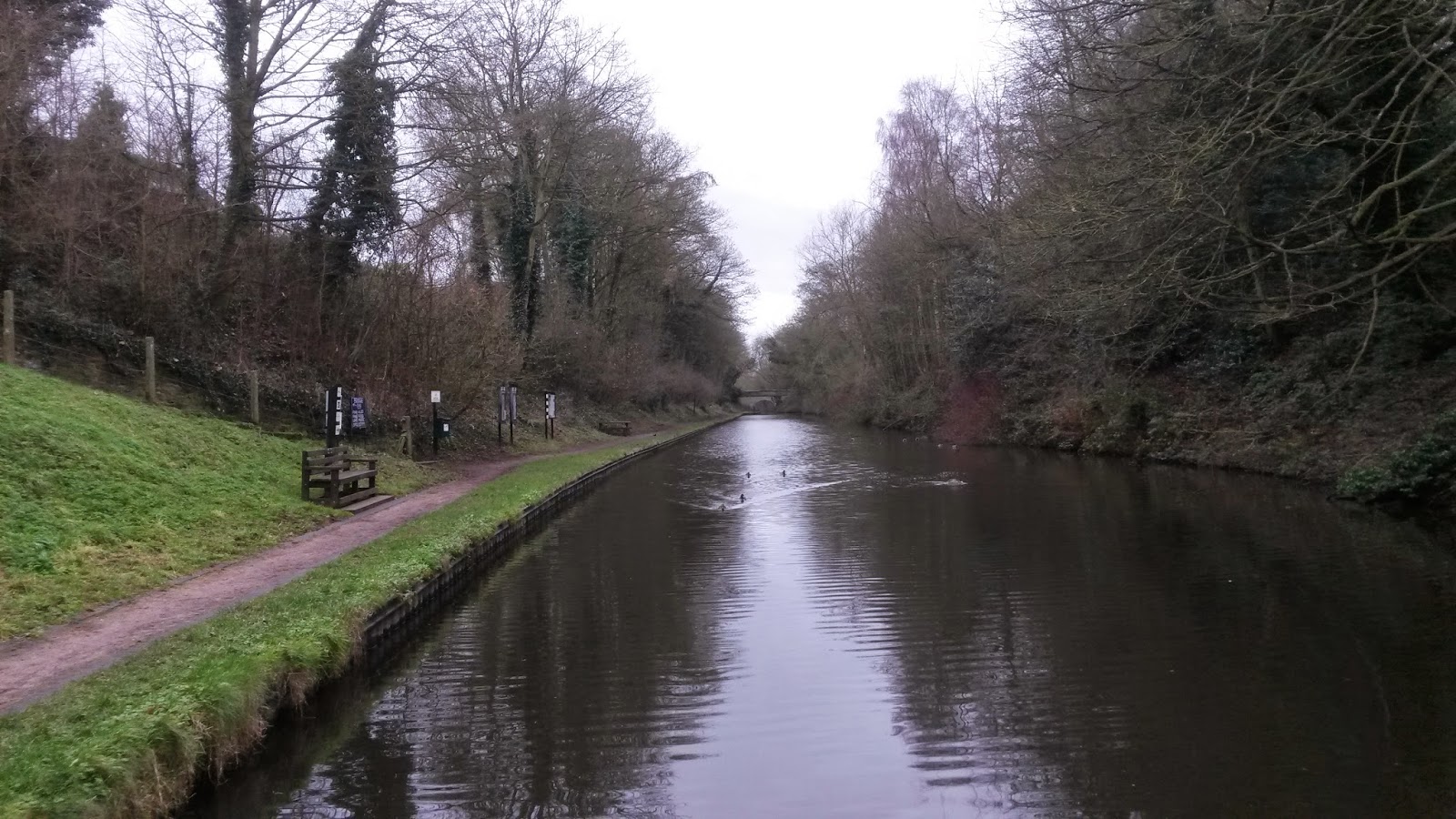 Although one boat did come past us while we were here. 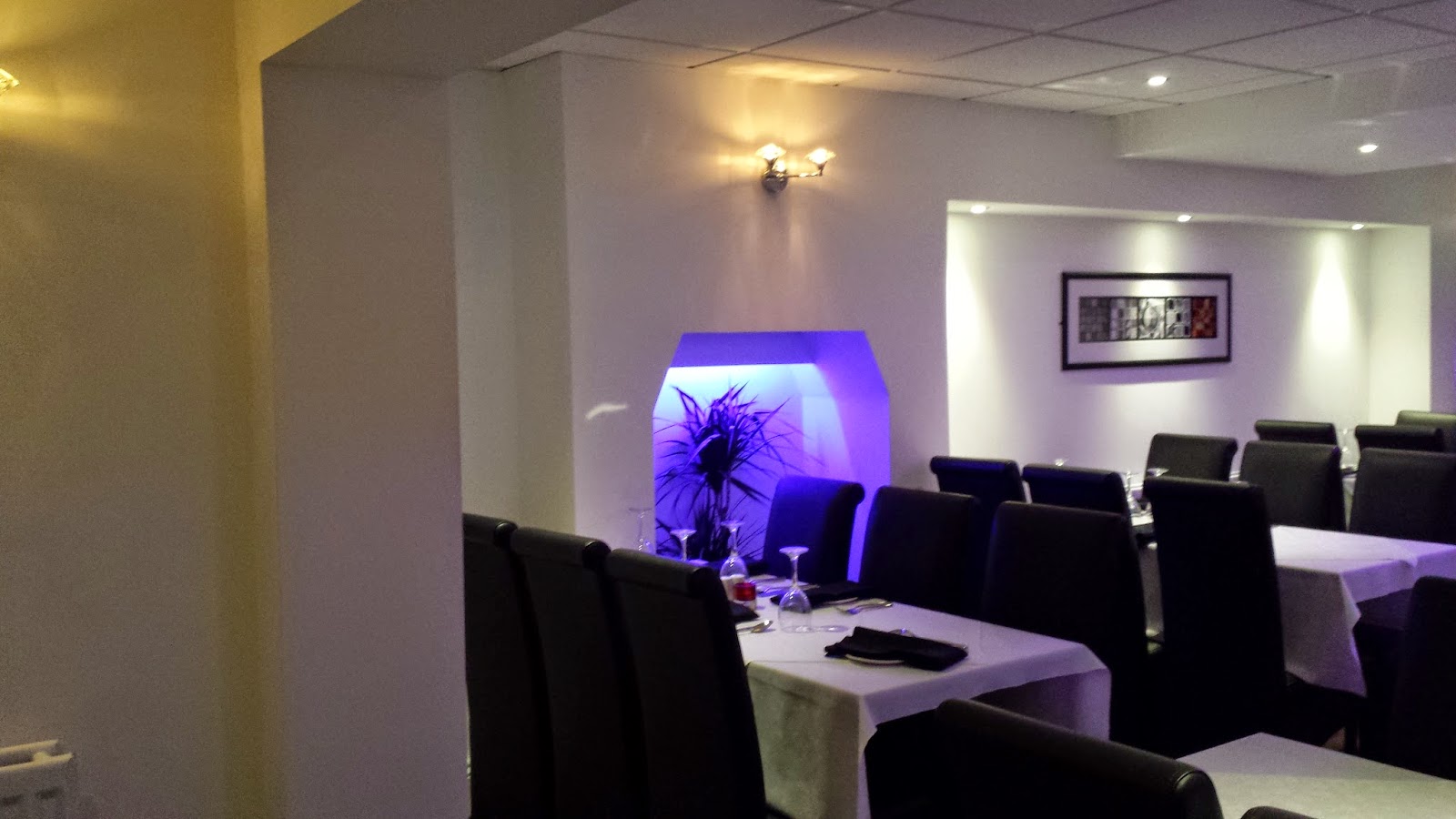 The Indian in Brewood had had a make over, and an extension.
It looks fantastic, and the food is as good as ever.  Sam the owner was very excited and proud of it! 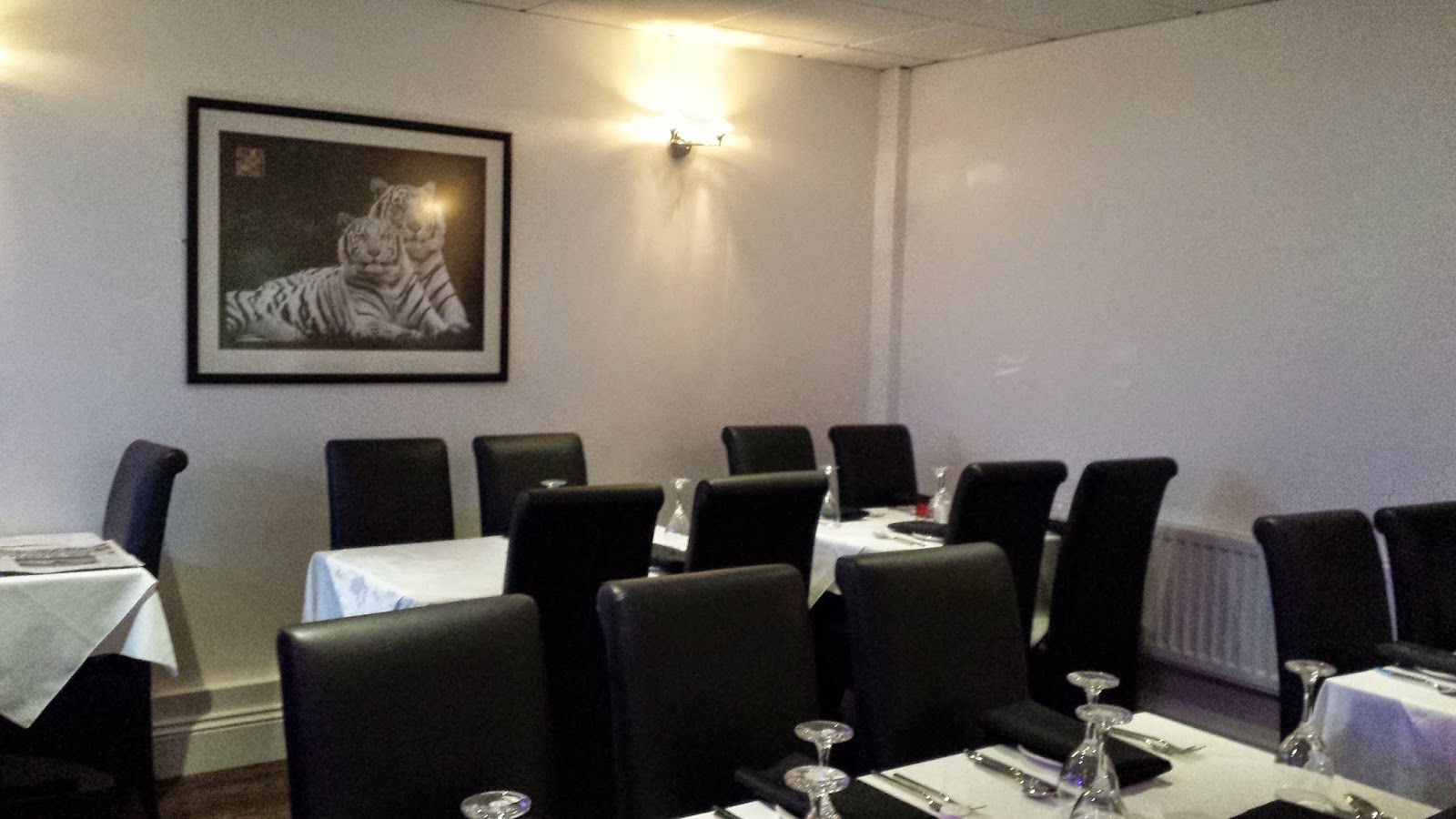 After a couple of days in Brewood, we retreated to the safety of the 'three mile mark' again, and sat out the next storm.  Turned (again), and headed north, back up the Shroppie (are you keeping up?) 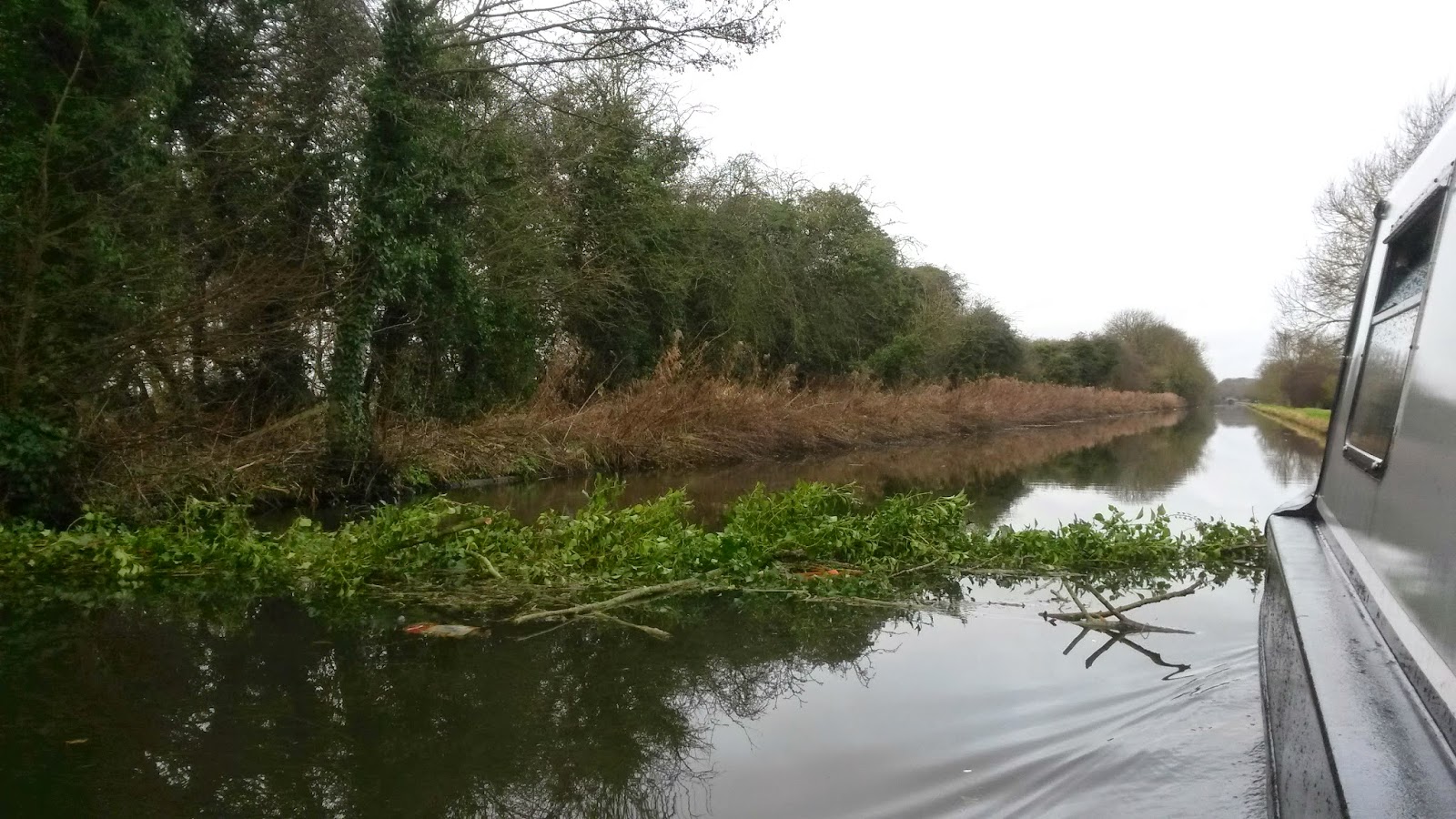 After the very high winds, we only saw one tree down across the canal. 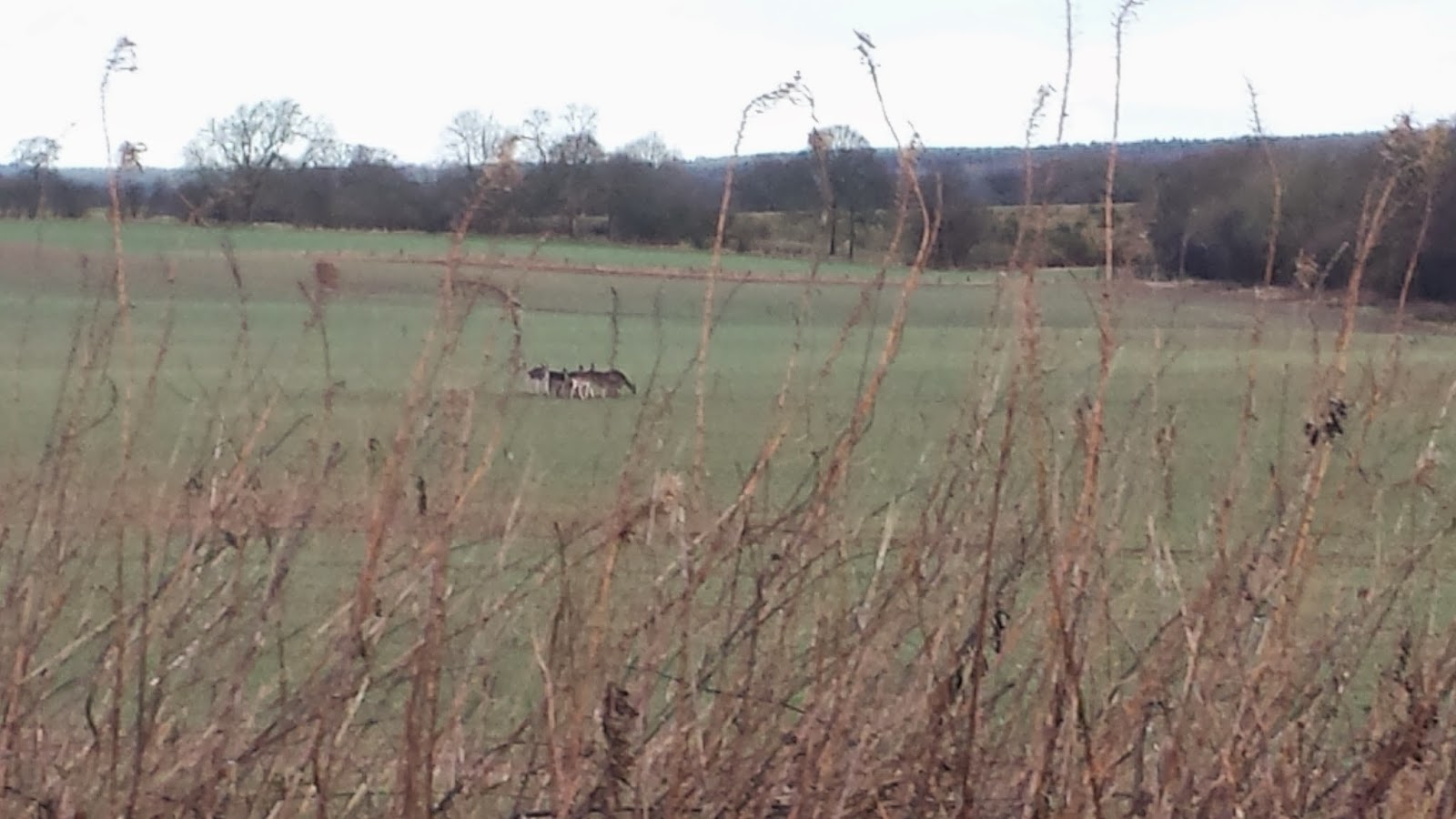 Deer in a field between Knighton and Goldstone.
Don't know if they were escapees, or if they were supposed to be there. 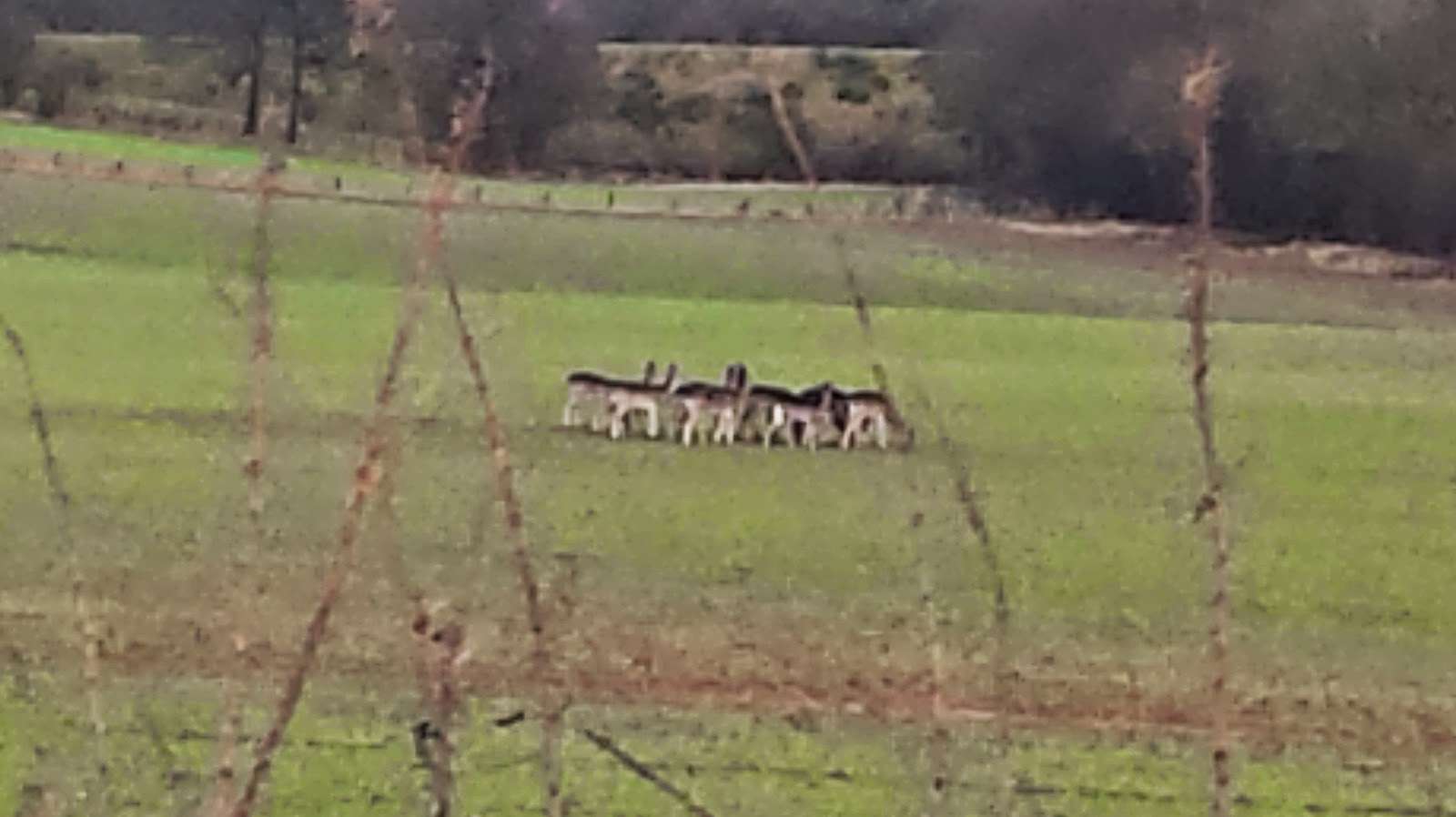 We took advantage of the 'lul' in the weather, and kept heading north, up the Shroppie.  We have a couple of weeks in which to hang around and do very little, so we thought we'd head for Audlem, as the weather forecast was again  looking very bleak, with a few days of ice looming, so if we were going to be frozen in anywhere, Audlem seemed a nice place in which to be stuck. 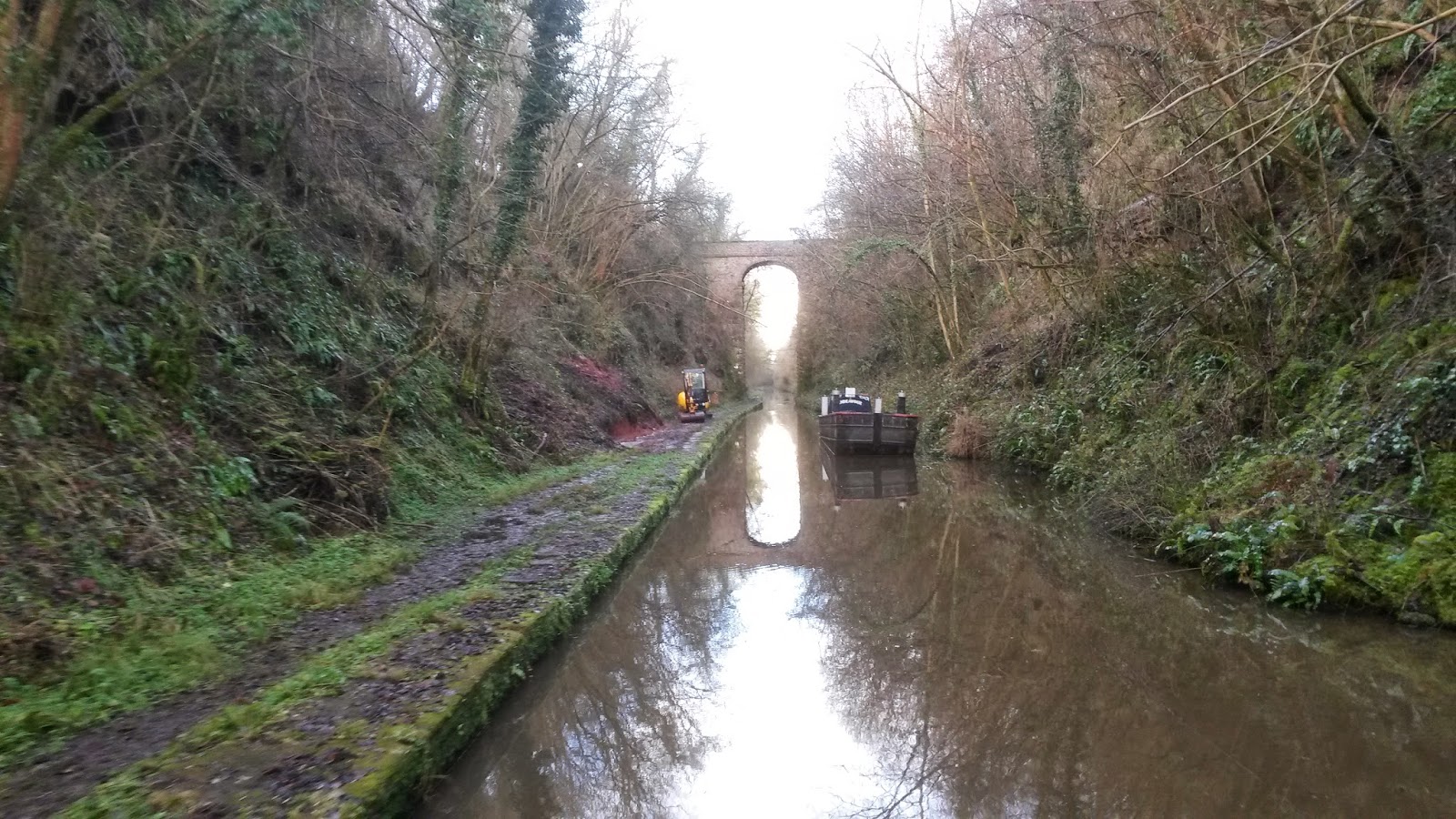 Work is continuing on Woodseaves cutting, but due to the constant land slippages there, I think this work in progress will continue for a long time! 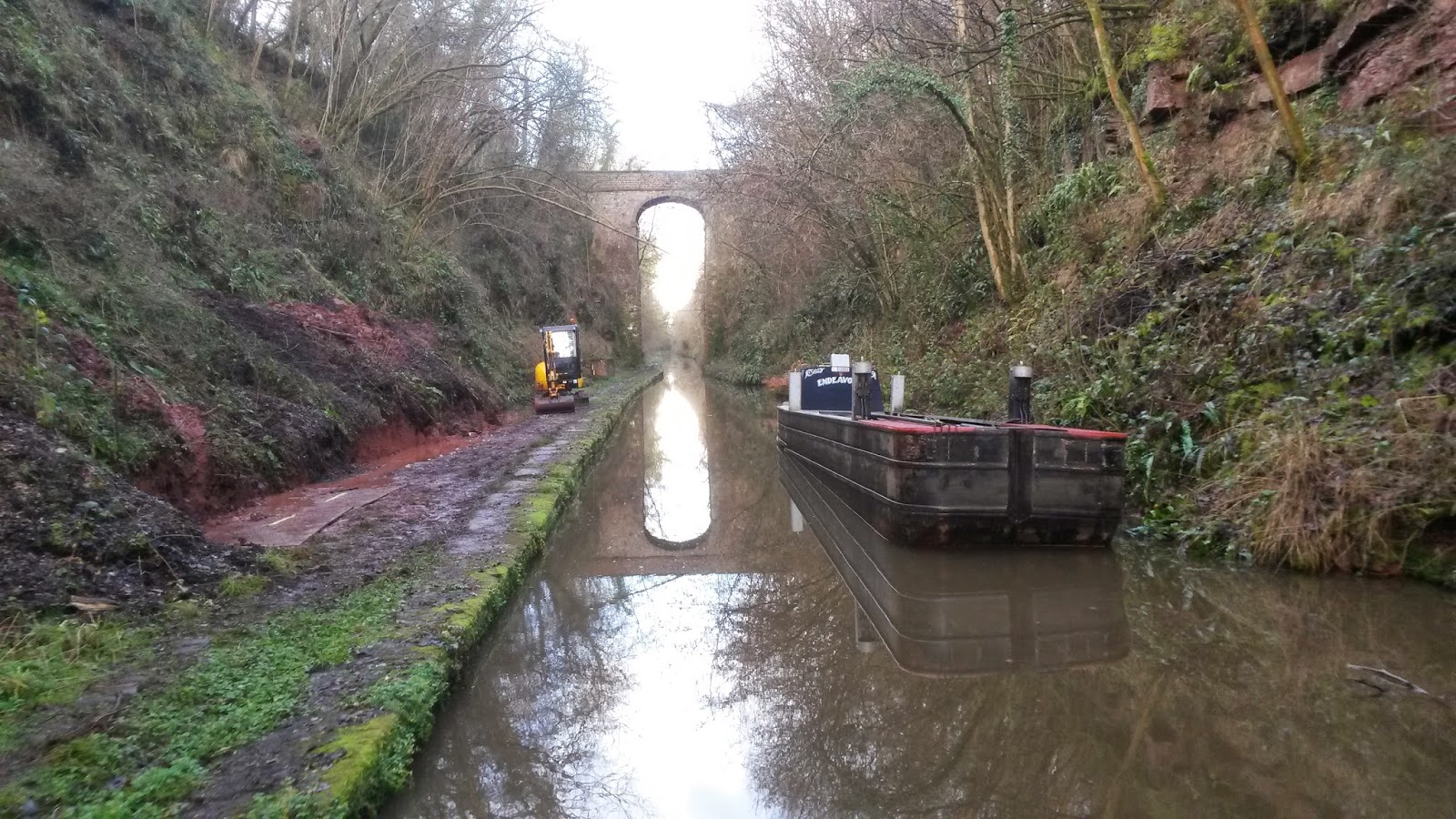 So, we camped out in Audlem for 5 days - on the 5 day moorings of course.  Again, there were NO boats around here.  None at all moored between locks 11 & 12, nor down by the Shroppie Fly, and just two boats below lock 13.  Very unusual.  Where is everyone?