After a quick jaunt to Chirk for a couple of days, we psyched ourselves up for Christmas in the City.  It was HEAVING!  No matter what time of day you went out, there were thousands of people about.  I came across this band playing outside HSBC on the main drag.  The leader of the band is on his way over to me to get me to buy their CD - which I did - but as is always the case, it didn't sound half as good on the CD as they did live, on a cold winters day in the middle of crowded Birmingham.  Their performance certainly made my day!  For some inexplicable reason, I didn't take any photos of the German market, which as always, was lovely.  Lots of lovely foodie things, and lots of hand made crafts.  We particularly enjoy visiting the food markets down the other end of town, below the bullring, which sells cuts of meat I didn't think there was any call for - like chicken feet, and sheep skulls.   Not to our taste, but we did get a couple of pound of goat, lovely in a curry. 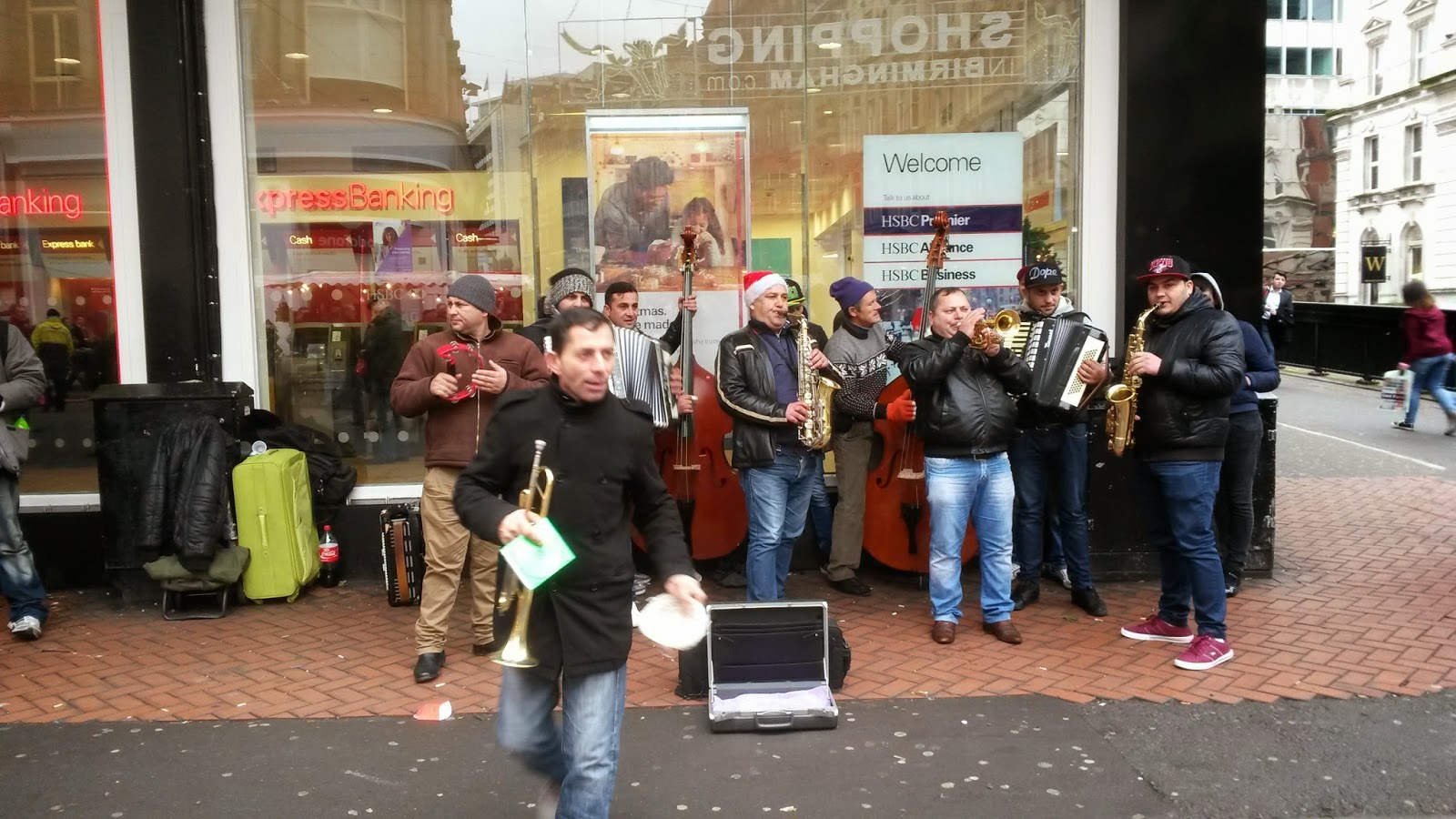 I hope you're able to click on the picture below and listen, it's quite uplifting! 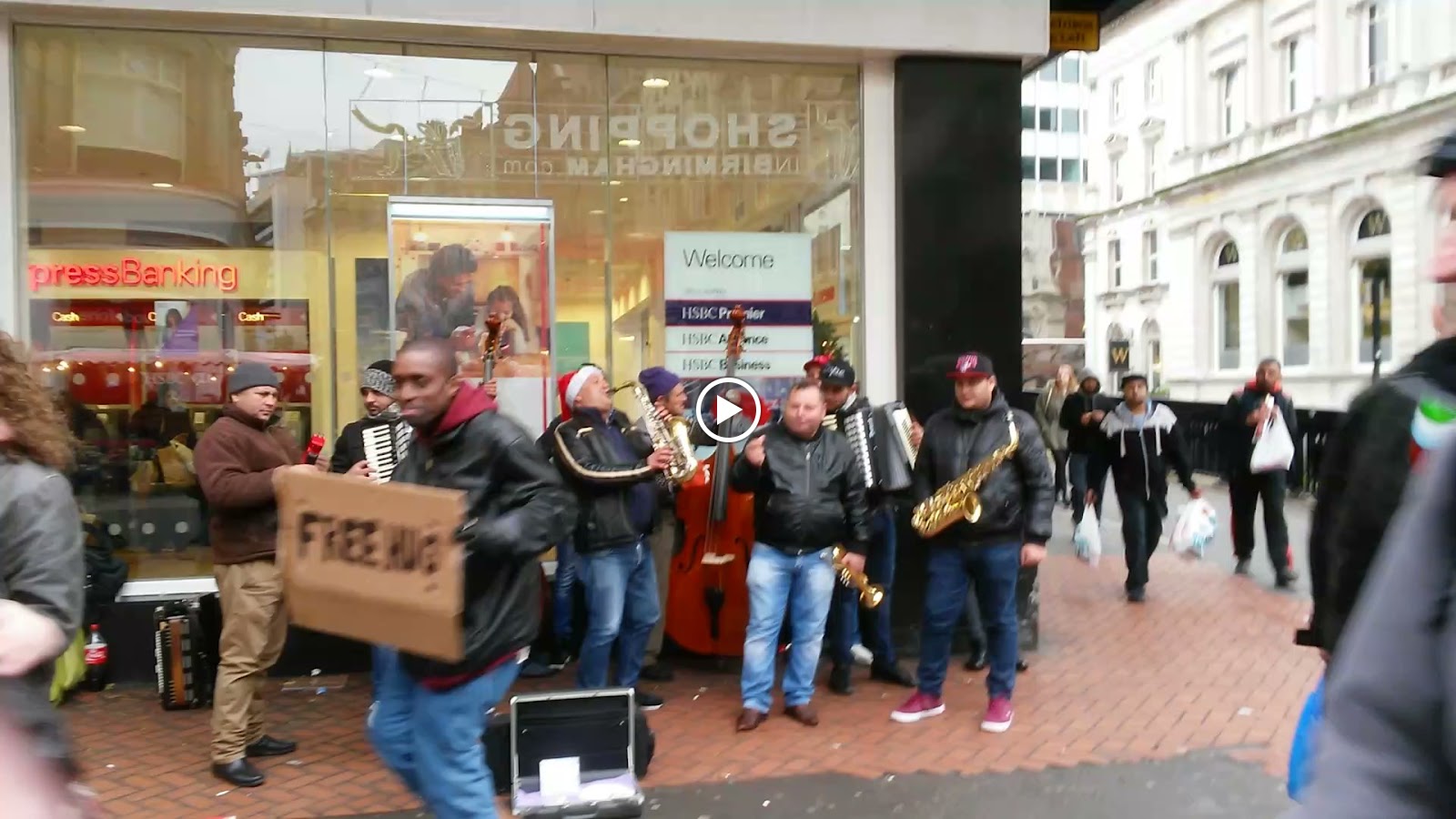 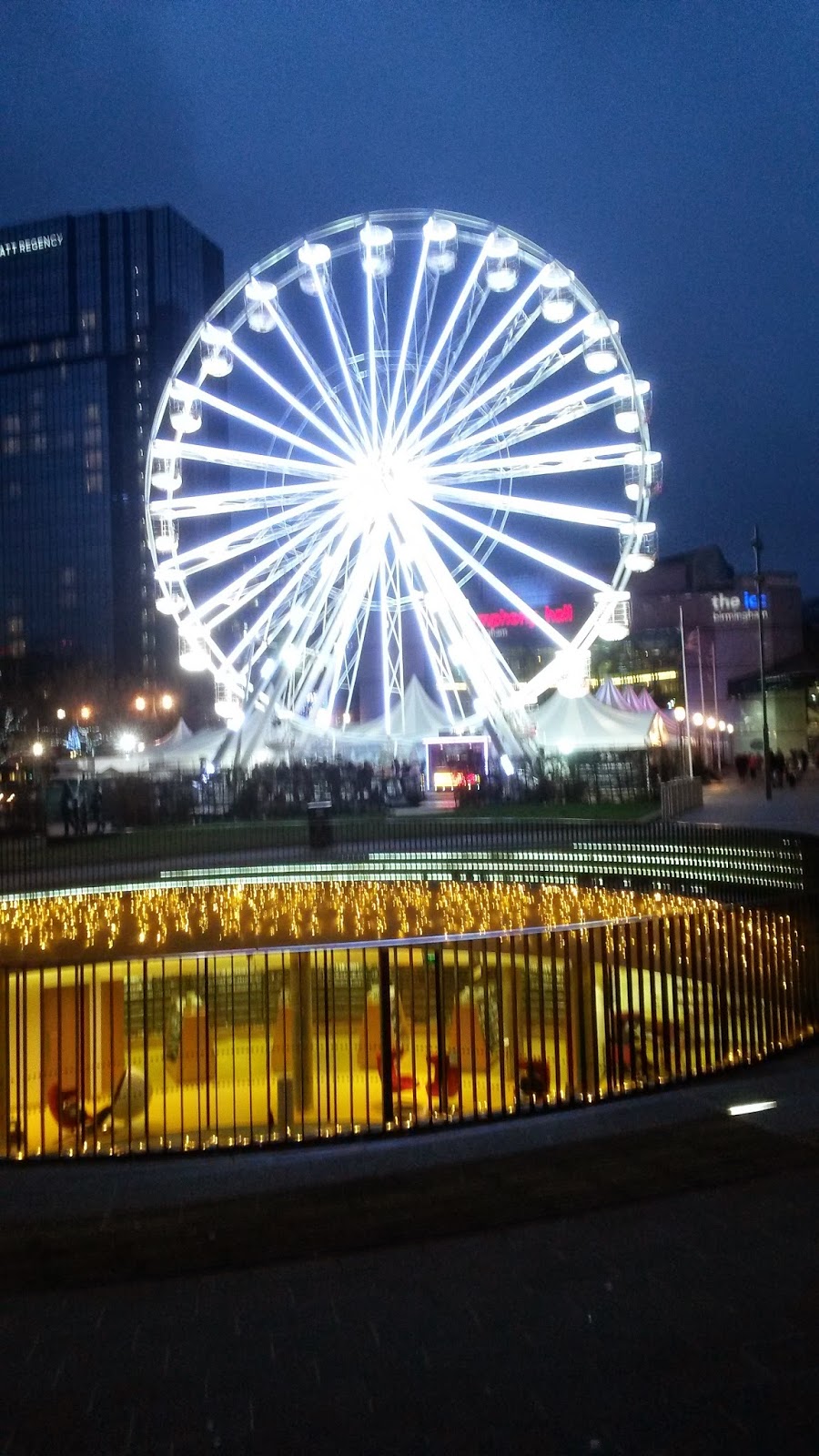 The big wheel was back, as was the ice skating rink between the big wheel, and the Symphony Hall.
This pic shows the lower level of Birmingham library. 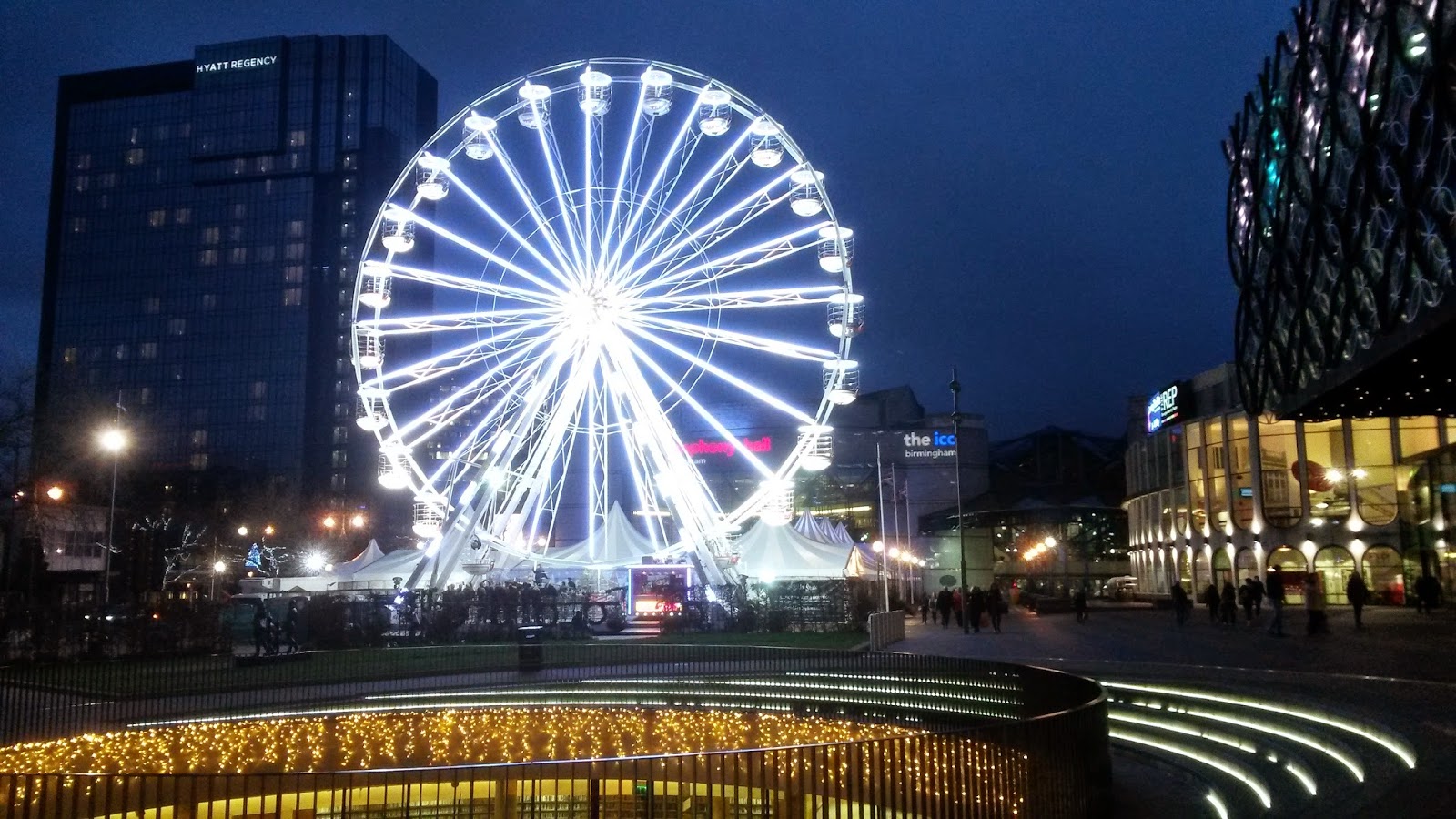 Symphony Hall behind the big wheel, and the library on the right. 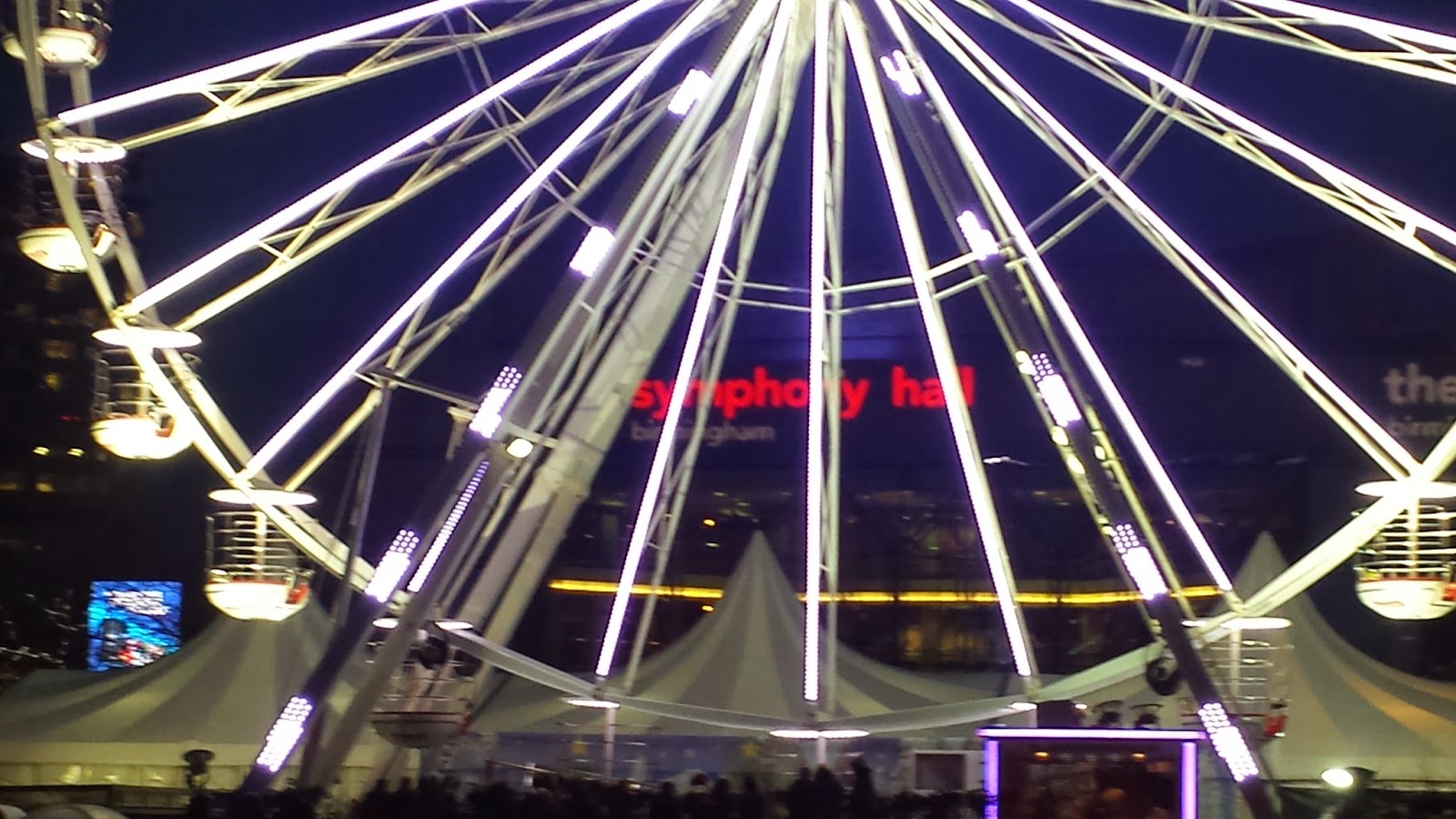 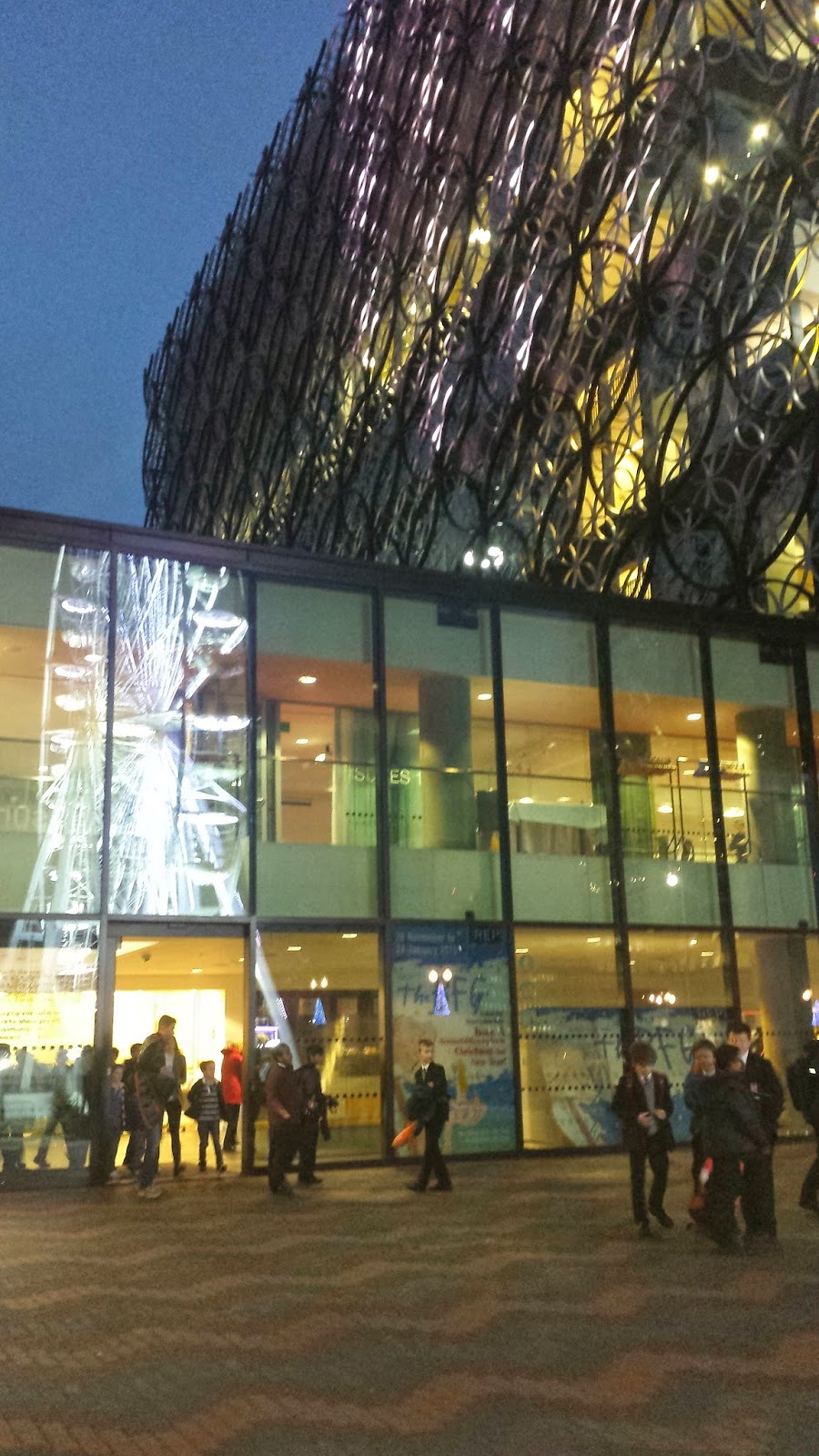 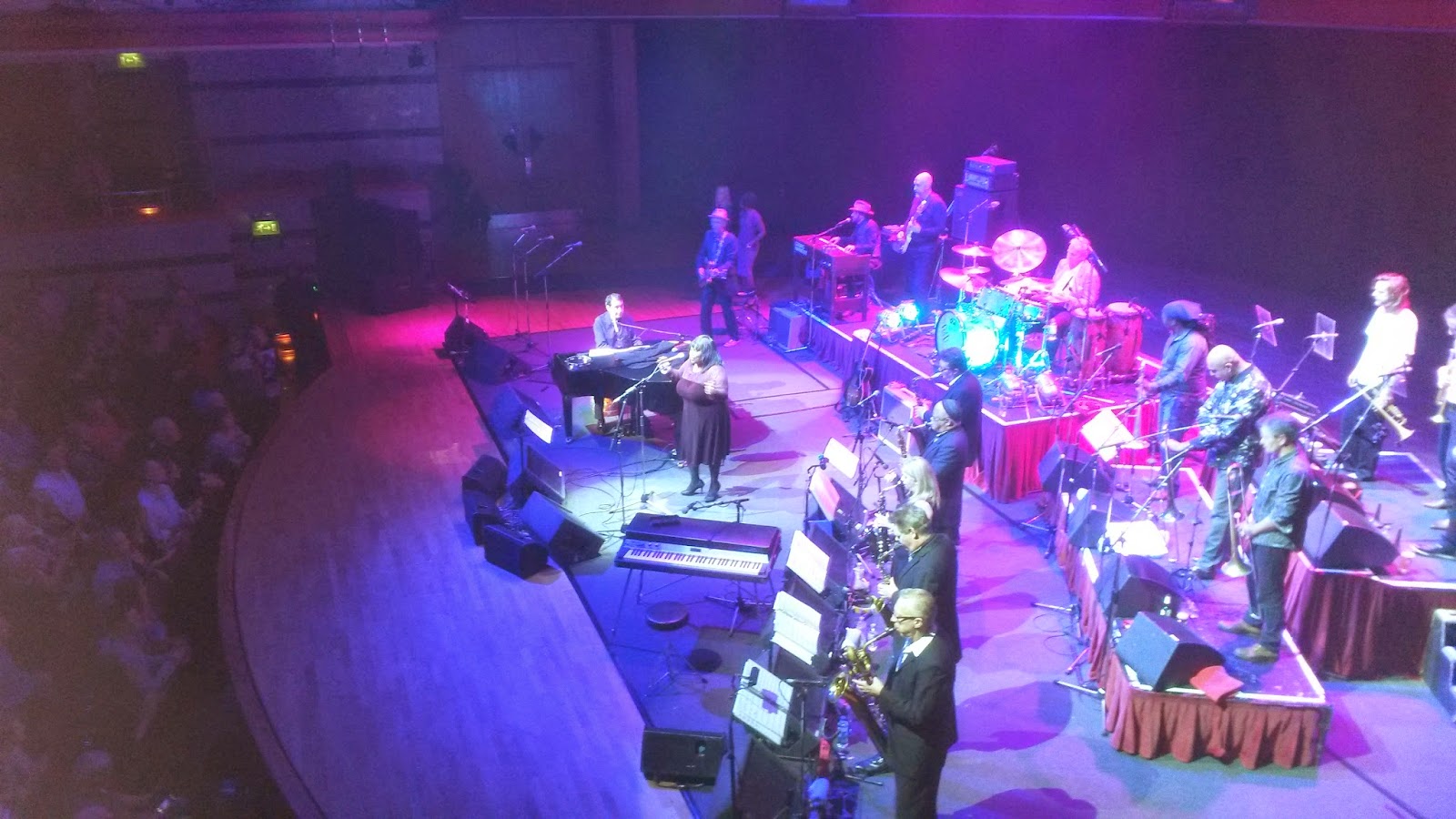 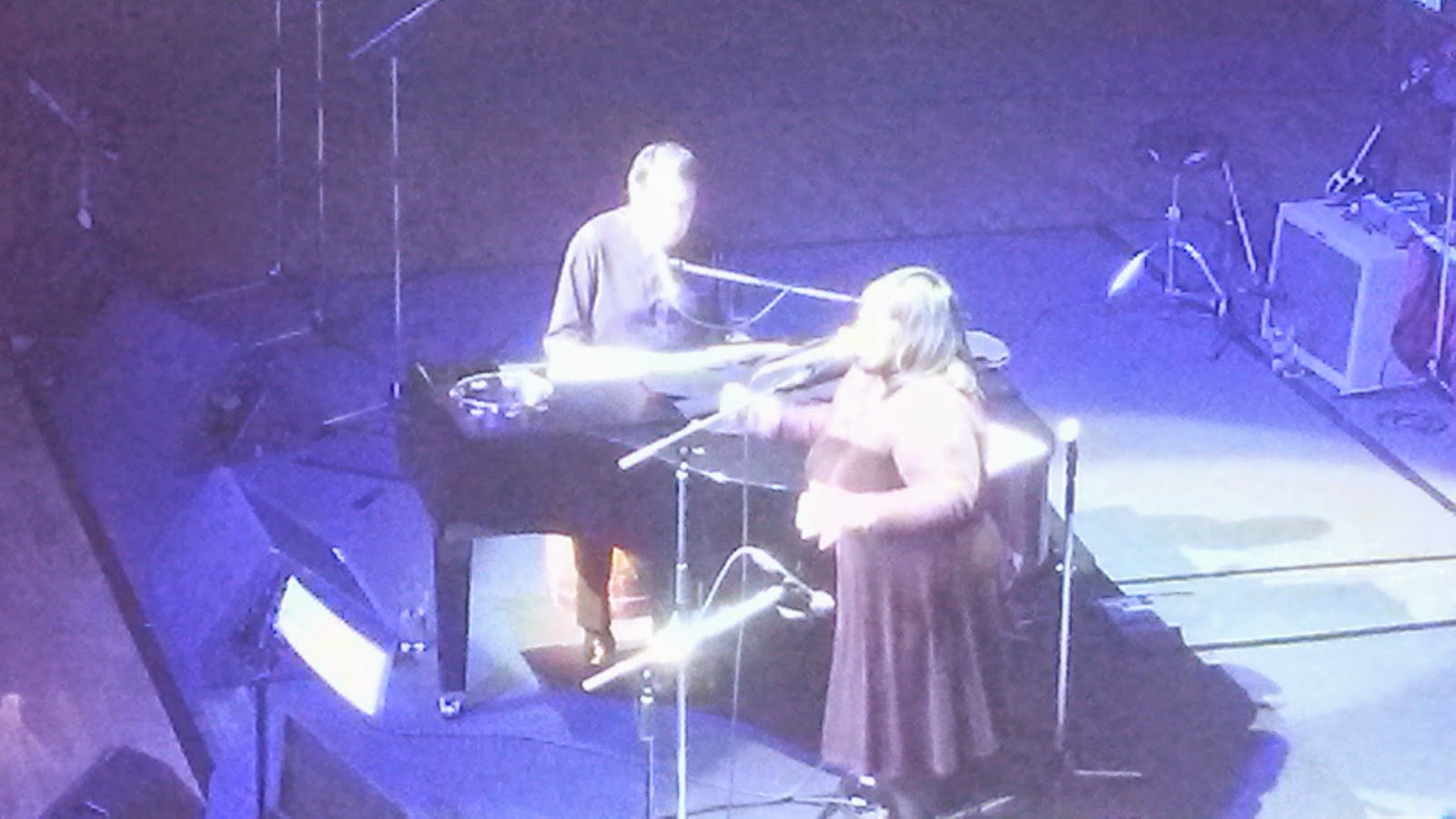 Ruby Turner, belting 'em out like a good 'un. 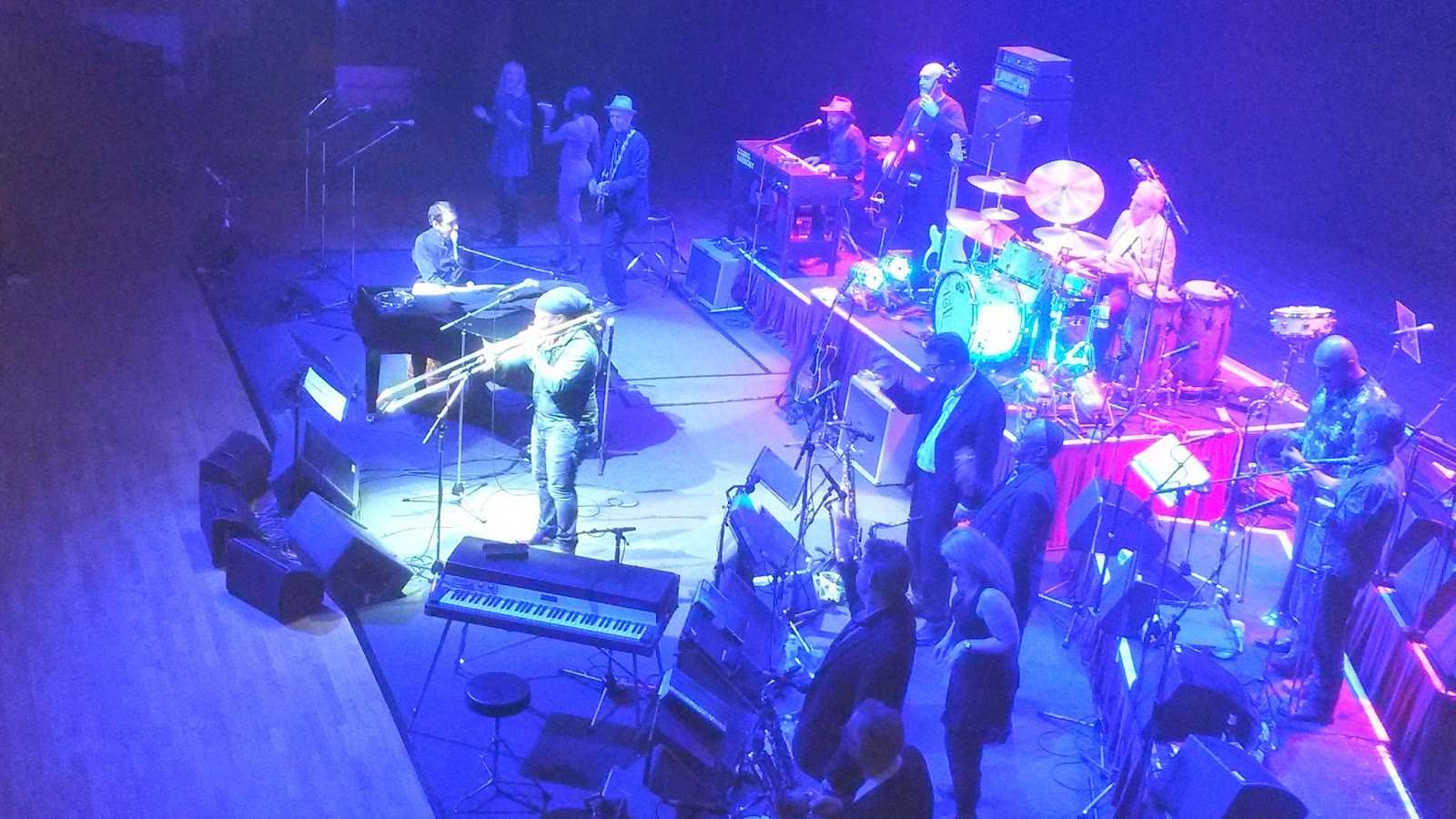 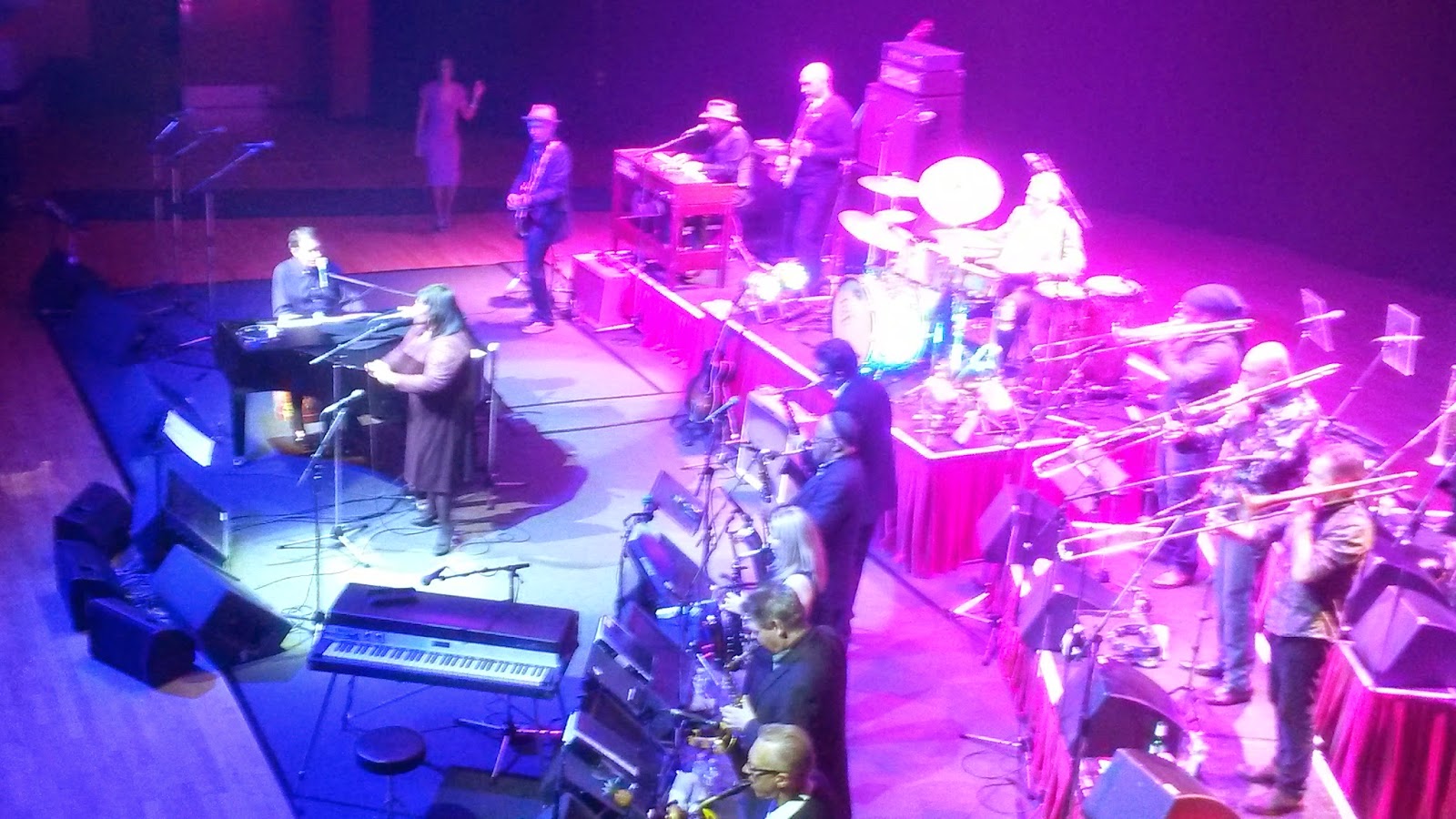 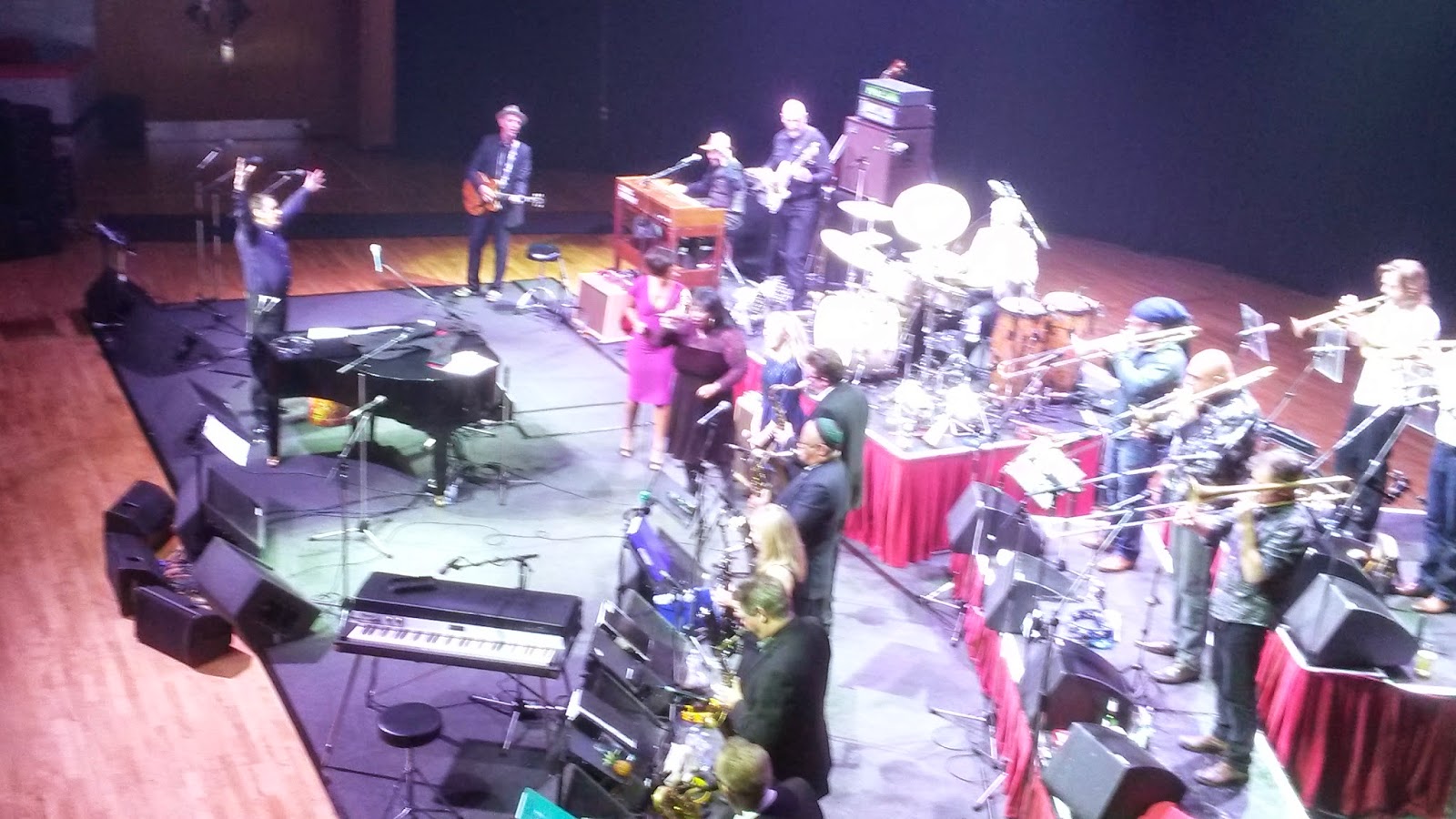 We didn't think we would be able to get into Birmingham by boat this year for the Jools concert, and were just about to book a hotel room, when it was announced that the stoppage at Farmers Bridge locks had completed two weeks earlier than planned.  This allowed boat traffic into Birmingham, Where as for the weeks before, all routes in had been blocked with all manner of stoppages.  There had been alot of 'discussions' on social media about Birmingham being closed to boats, so CRT concentrated their efforts in resolving the works on the lock flight, so opening up a route in.  Thank you very much! 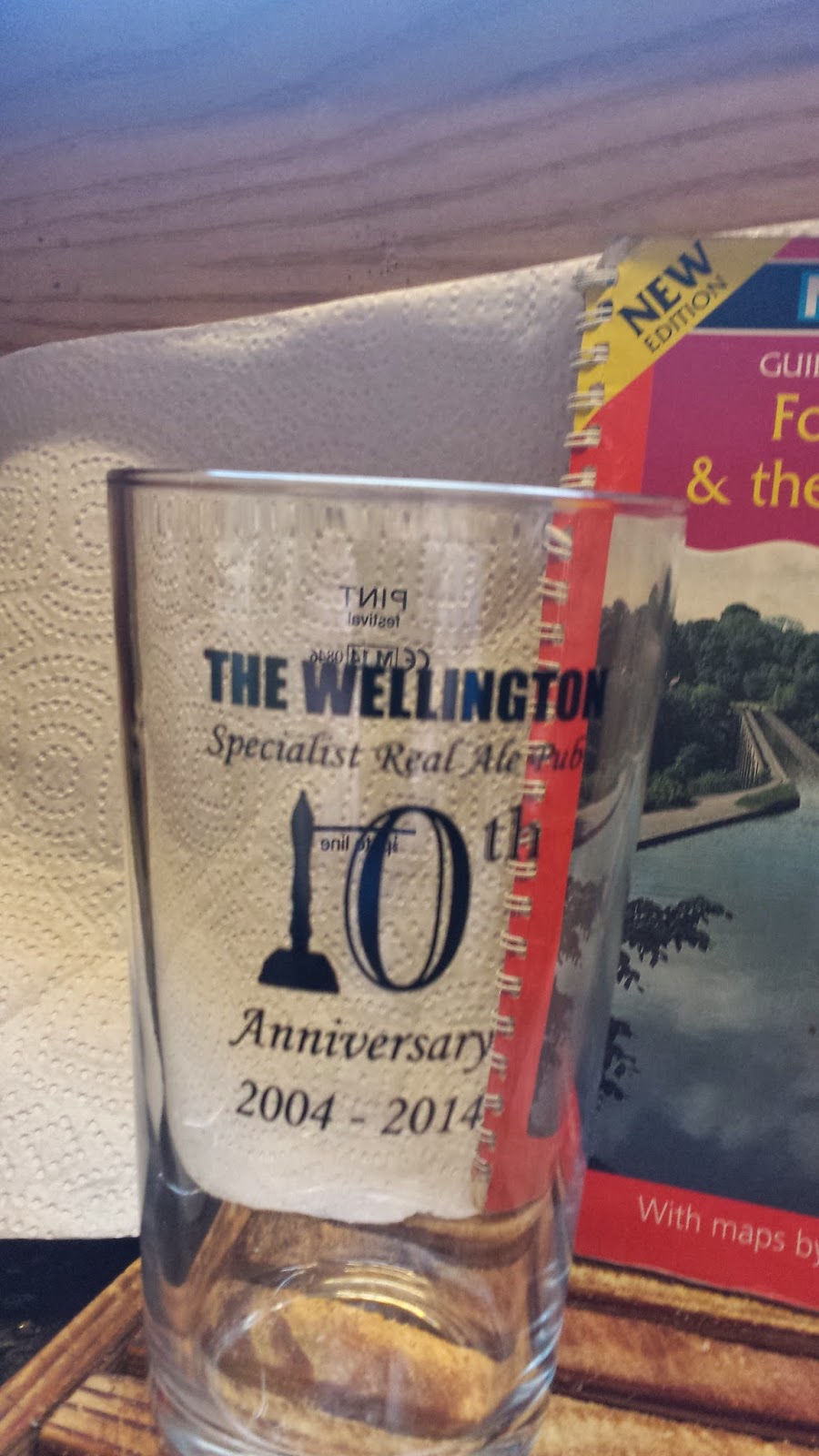 No visit to Birmingham would be complete without a visit to The Wellie.  16 real ales on hand pumps, together with 6 ciders on hand pulls.  There are so many beers, that they are listed on screens around the pub, so you look at the screen, see what you fancy, and order a pint by number.  As well as excellent beer, although they don't serve food, you are welcome to take your own food in, and they will provide crockery, cutlery and condiments.  Dave was in heaven!  A quick walk down to New Street Station Cornish Pasty Shop, then back up to the Wellie.  Bliss!

CLICK HERE to see The Wellington's beerboard (it's worth a look!)

Another major stoppage was at Coseley tunnel, on the Main Line between Birmingham and Wolverhampton.  There had been major landslips over the last couple of years which had blocked the towpath completely.  The works were (are) scheduled to take place between November to March, BUT with a two week opening over Christmas.  So we were able to go straight through on the main line and on to Wolverhampton, rather than making a detour round the Wyrley & Essington Canal, which in hindsight we should have done, as we've never been that way before. 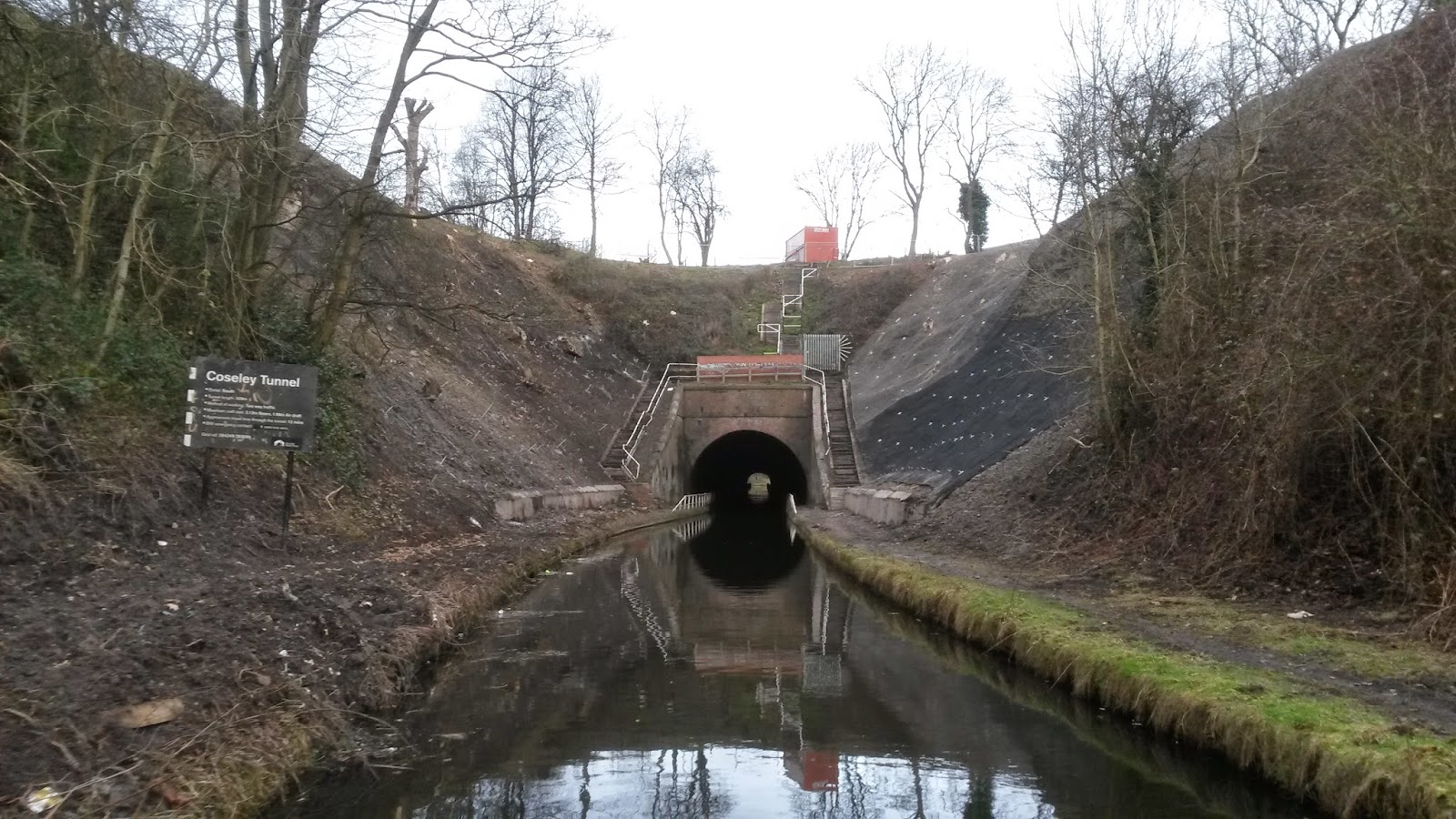 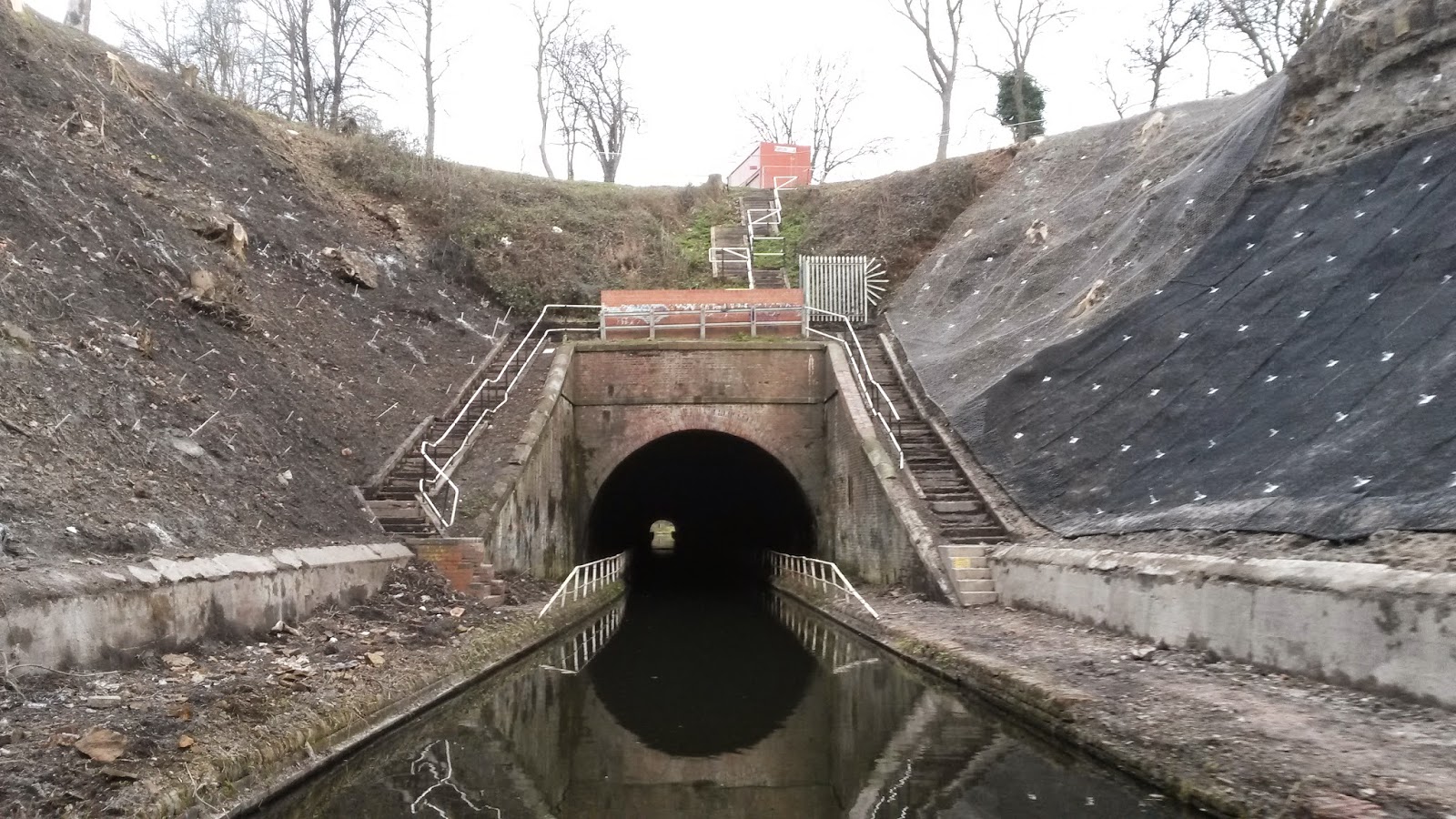 This is the entrance to the Coseley tunnel, with all the debris cleared away, and with bank stabilisation works. 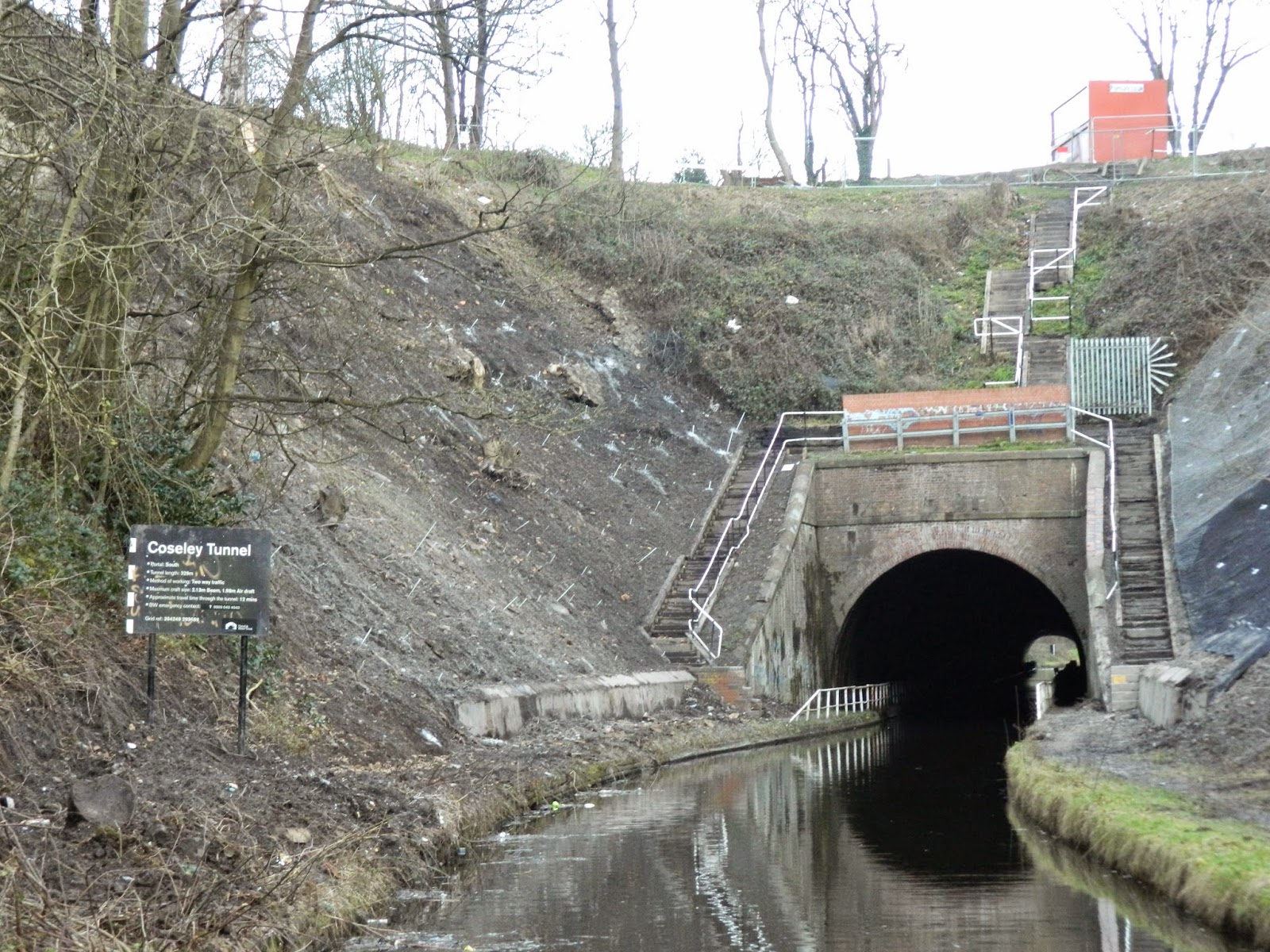 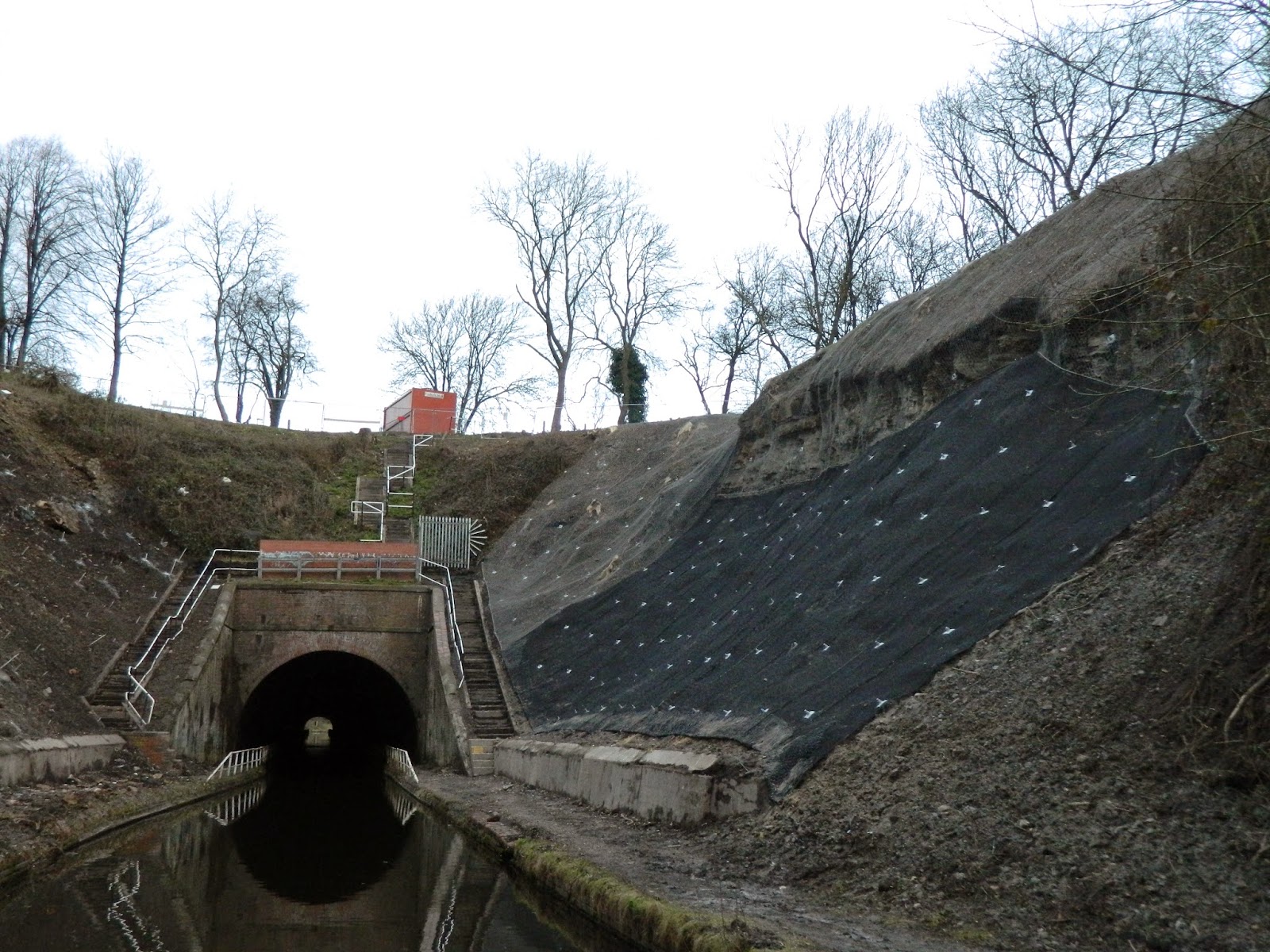 The pics below were taken last year, so you can see the extent of the problem they're trying to fix. 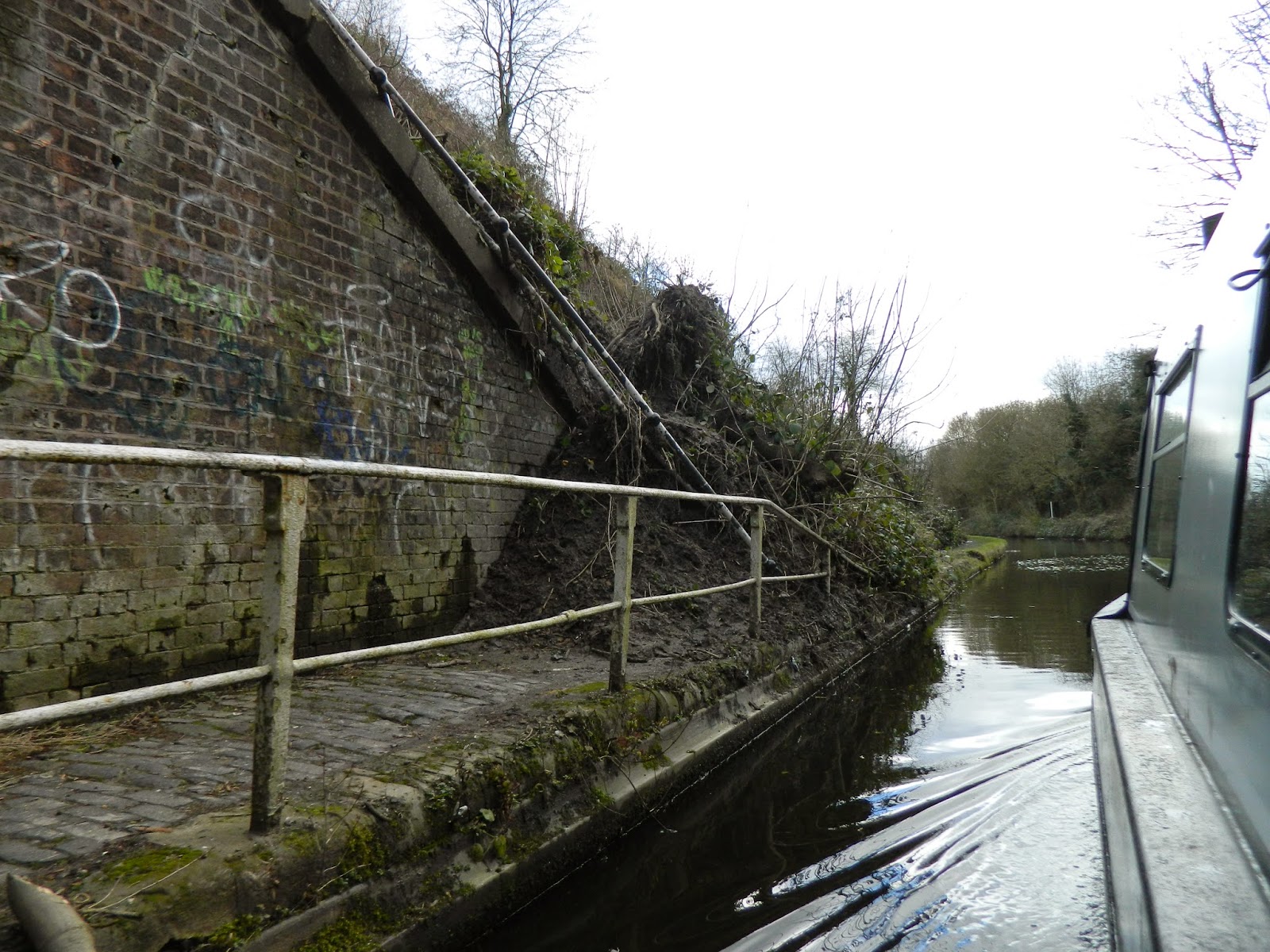 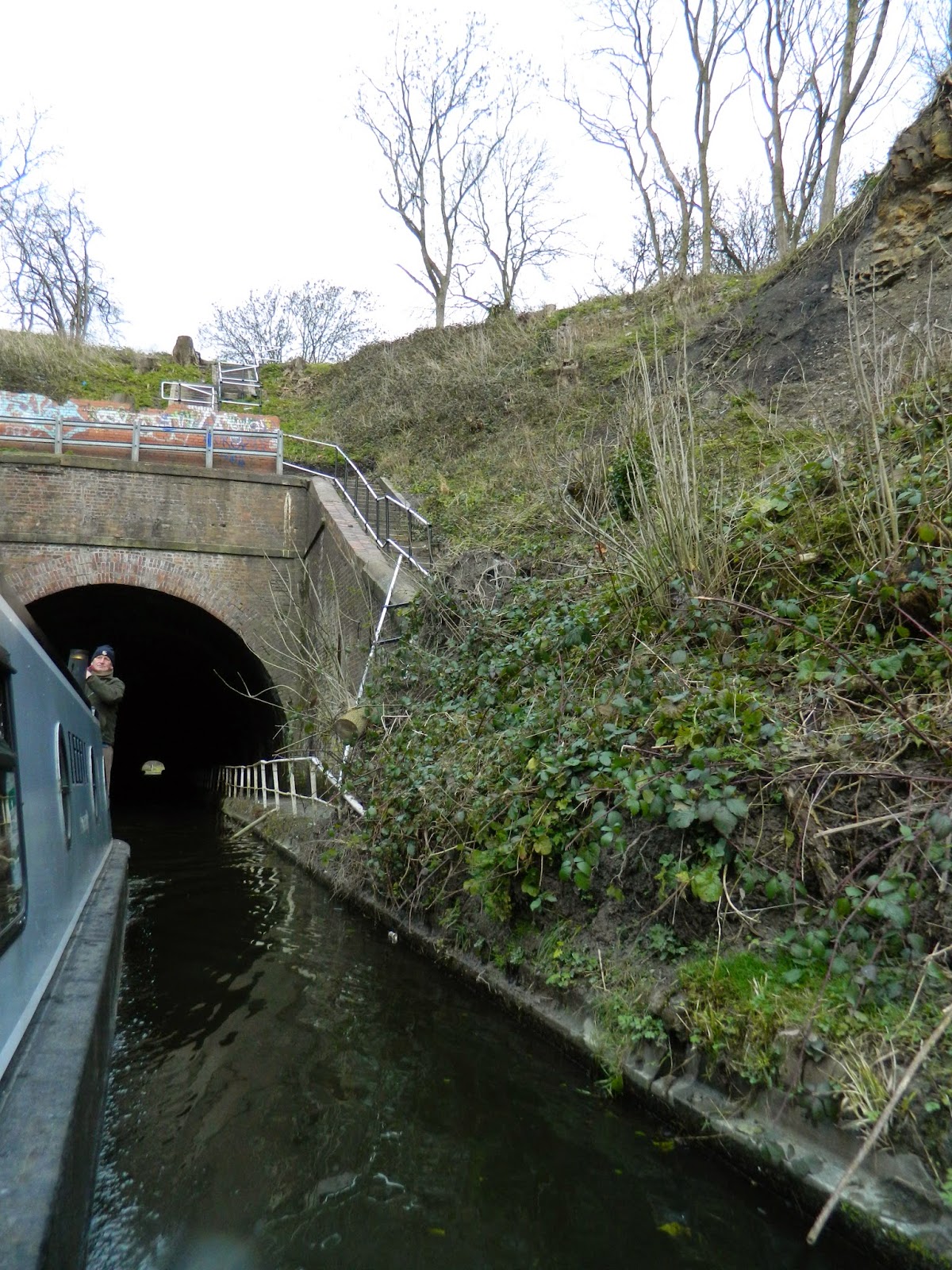 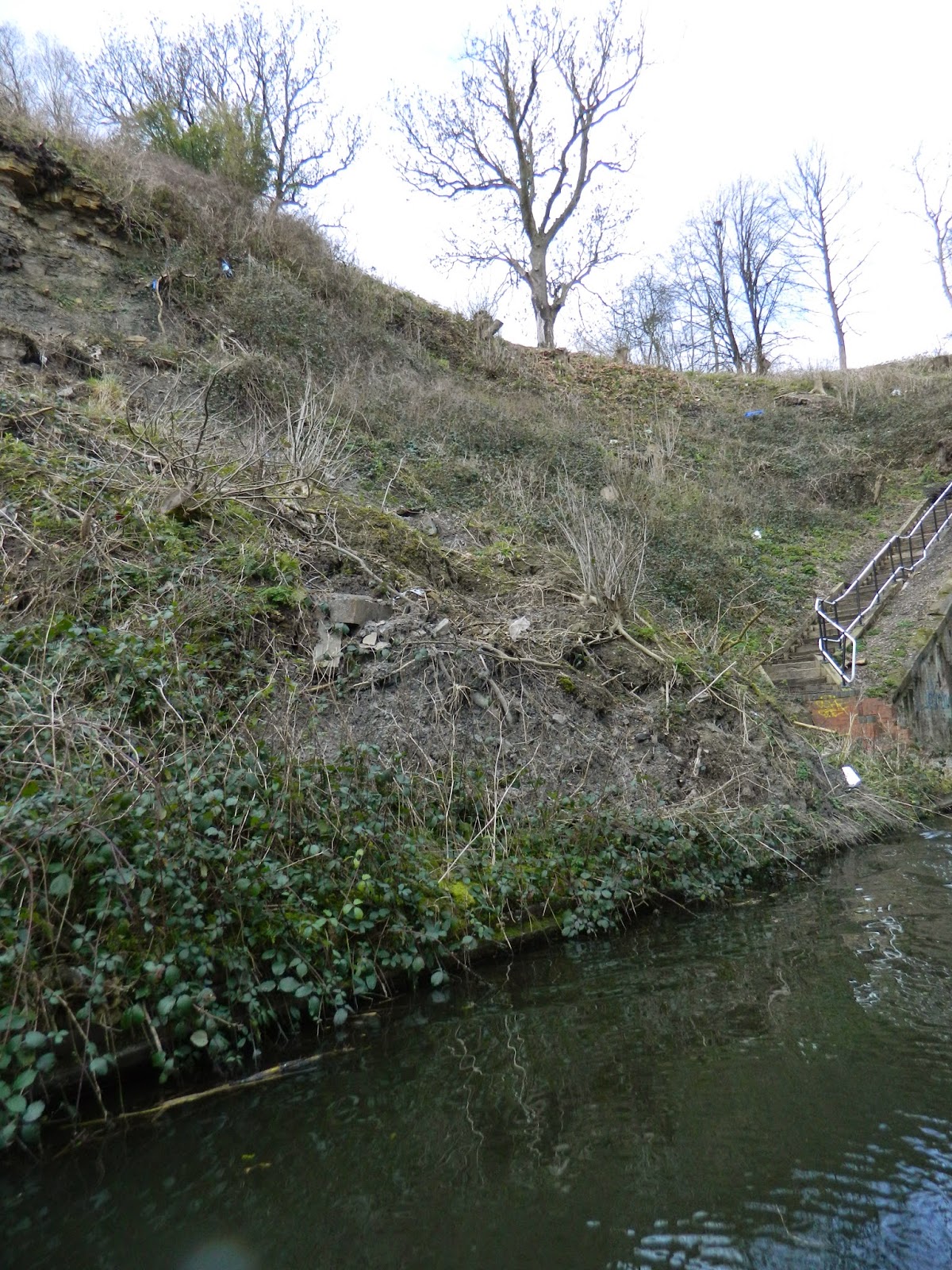 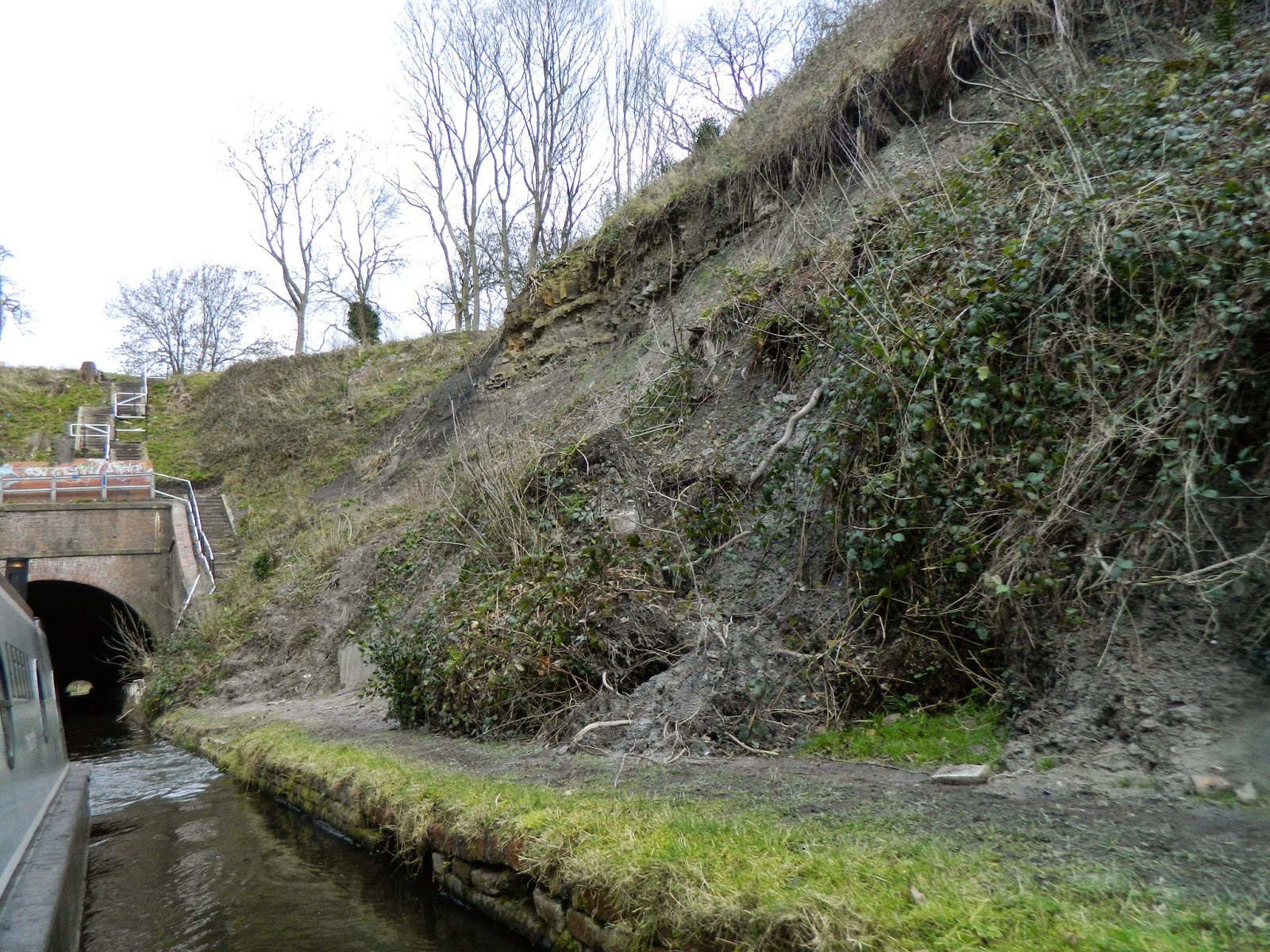 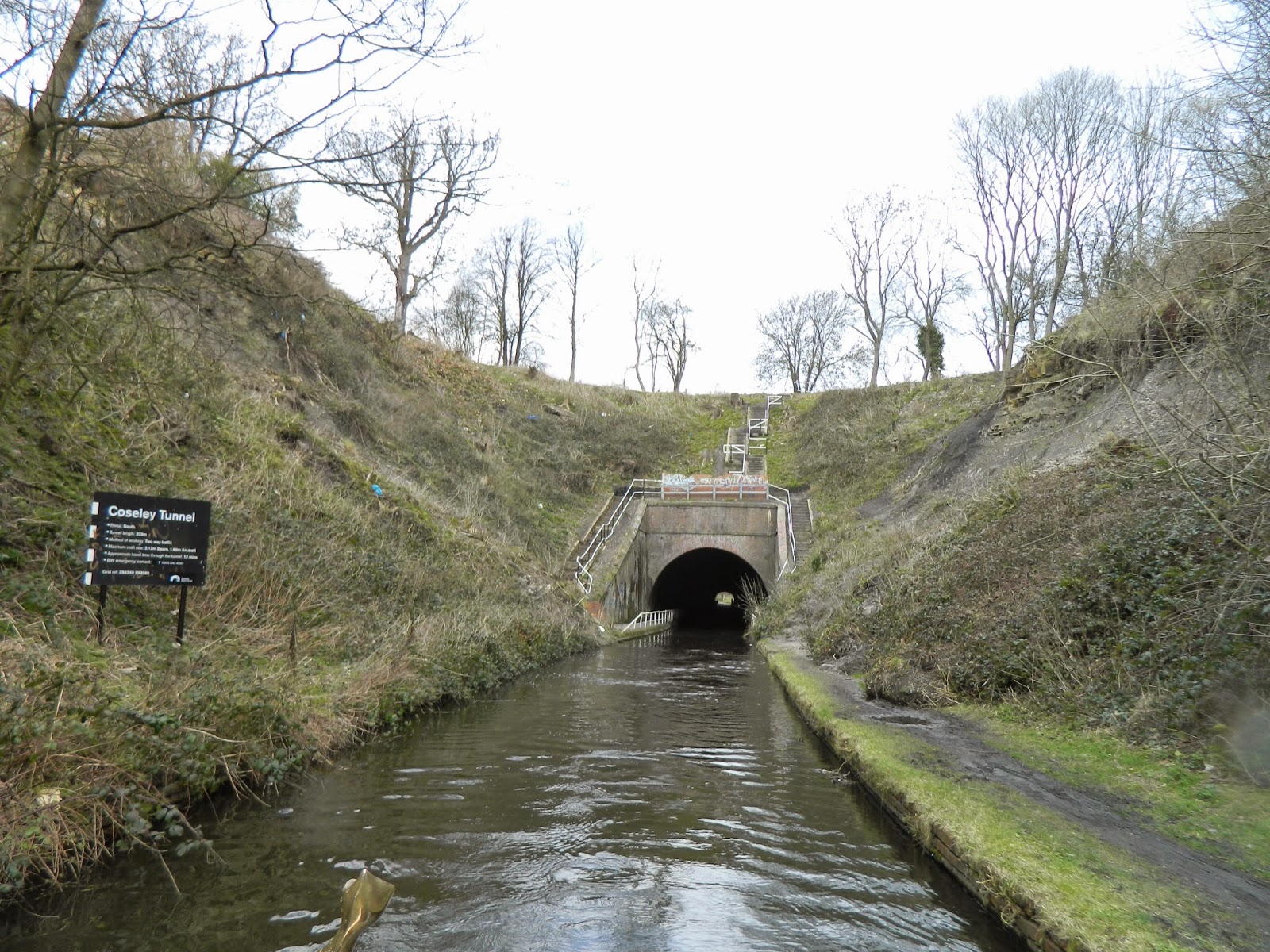 We were on our way to Penkridge, where we would leave the boat for a few days to head back to Mums in Chirk for Christmas (see next blog)