When we finally left Fradley, it was rather windy to say the least!  But no ice, so we pressed on... 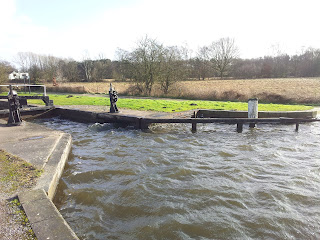 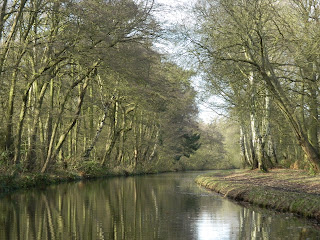 Just out of Fradley and sheltered from the winds!
As you can see from the pics, we've had some wonderful winter cruising weather. 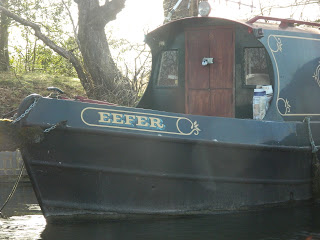 We're Beefur (boat), what's Eefer for?
(Hello, by the way to Ray & Jayne NB No Direction at Kings Bromley Marina) 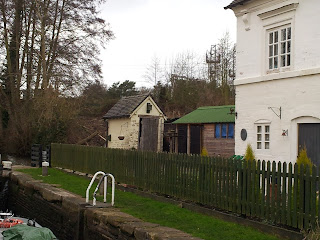 The old loo at the bottom of the garden at Colwich lock cottage. 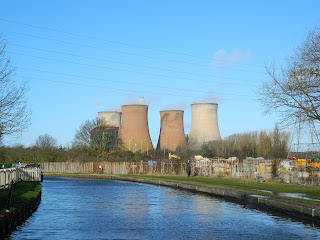 Through Rugeley, past the power station, with a quick stop at Morrison's on the way. 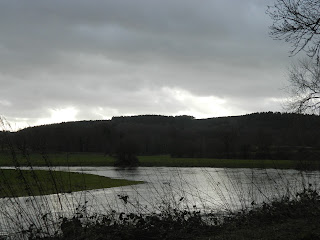 River Trent is rather high, with Cannock Chase behind it. 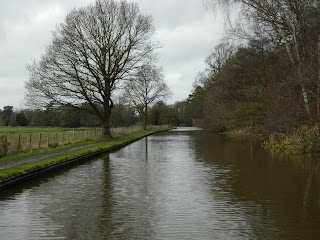 Now this is a rare sight - NO BOATS at all, coming into Great Haywood!  We've never seen it like this before.  There were only 3 boats moored between Haywood lock and the junction too. 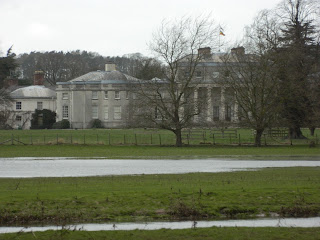 Shugborough Hall, now complete with it's own lake thanks to the flooded Trent. 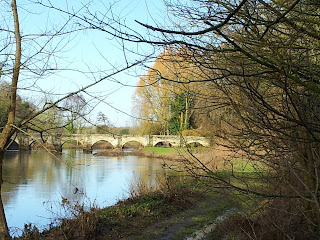 Essex Bridge - Grade 1 listed, and now the longest remaining packhorse bridge
in England with 14 of its original 40 span arches left 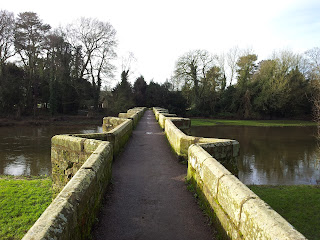 it was built in 1550 by the Earl of Essex for Queen Elizabeth I so that when she visited the Shugborough estate she could go hunting in the woodland around the local village. 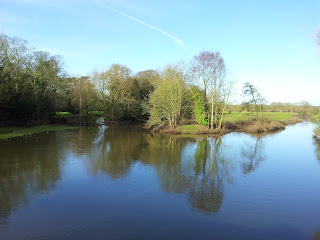 View from Essex Bridge, where the Trent meets the River Sow 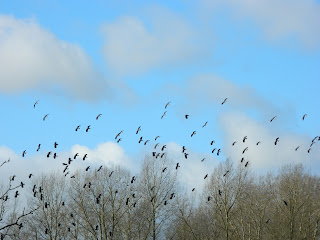 Lapwings - loads of them 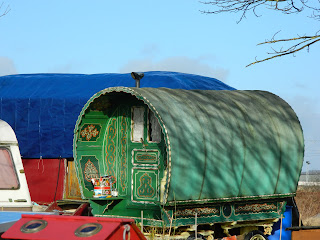 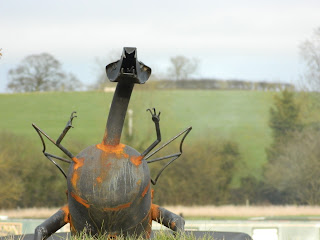 Sculpture at Aston Marina.  Dave said it reminded him of someone - I can't think what he means! 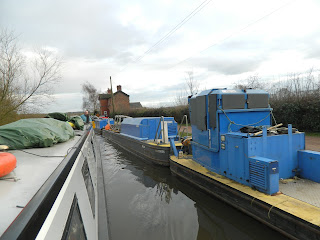 CRT workboats ready to start work on Aston Lock - one of the two stoppages we wanted to get through before work commenced yesterday, Monday 4th Feb.  The other stoppage is at Newcastle Road Bridge in Stone, so we had time for a couple of days there.