A Week in Birmingham

We've just had a week and a bit in Birmingham, moored outside the old Fiddle & Bone, which was an old favourite of ours - until it closed back in 2003.  It was a popular venue for jazz & live music, but was forced out of business after occupants of the newly built flats opposite complained about the noise.  9 years later, and BW C&RT still haven't sold it, and this beautiful building, along with the roundhouse next to it, lies rotting away.  Anyway, back to the lovely time in Brum.....

My Mum joined us last Friday & we went to see Joan Armatrading performing in the Symphony Hall.  She was fantastic - still belting 'em out (Joan Armaplating not Mum - although she's pretty amazing too).  My favourite is still "Love and Affection".  Supporting act was Chris Wood, a winner in the Folk Awards 2011.  We had a couple of days doing the tourist thing round the iconic buildings, visited the Birmingham Art Gallery, rag market, meat market, bullring and had a fabulous Italian meal in Carluccio's.  We also did a little boat trip round to Gas Street to get some diesel from Away-To-Service, but they ran out after 50ltrs, so ended up getting the rest from Sherbourne Wharf.  Never mind - Mum enjoyed the little jaunt. 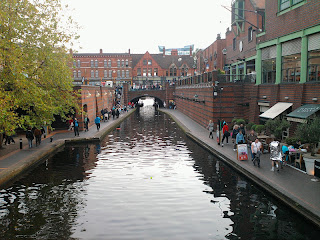 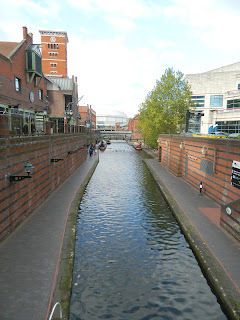 View from Broad Street towards NIA 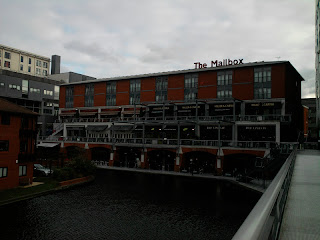 Wot it says on the tin 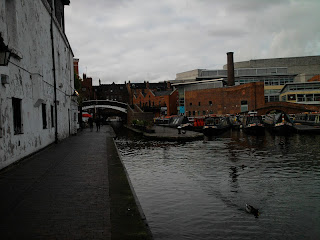 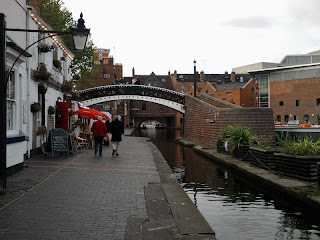 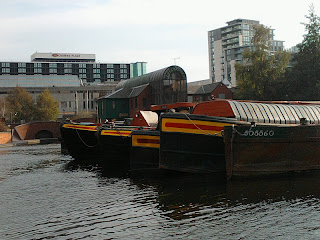 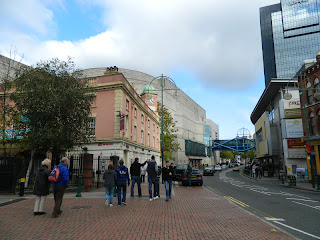 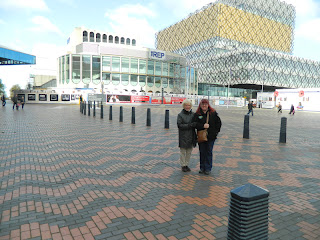 Mum and I outside the Symphony Hall, with the new Birmingham Library in the background, still under construction. 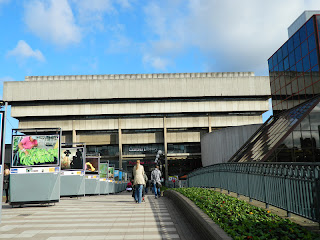 The new library is to replace the existing library - a concrete inverted pyramid. 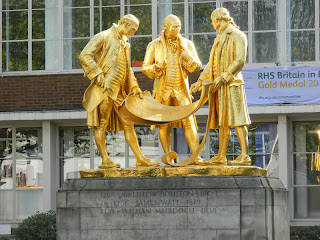 A bit of bling in Centenary square - the guilded bronze statue of Mathew Boulton, James Watt & William Murdoch (aka The Golden Boys) famous for improving and developing the steam engine. 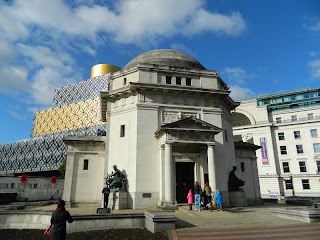 The Hall of Memory 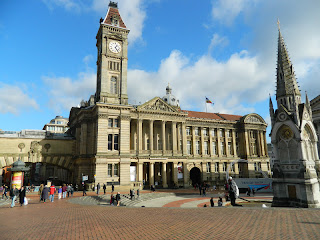 Birmingham Museum & Art Gallery -
you could spend days in here there's so much to see, and its free 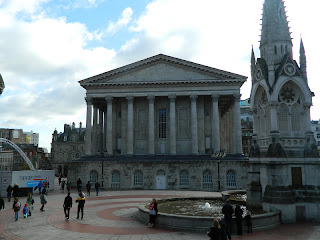 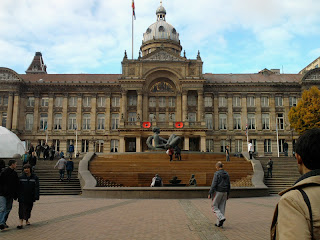 Floosie in the jacuzi, Victoria Square 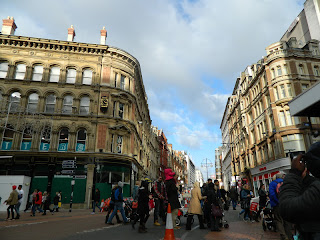 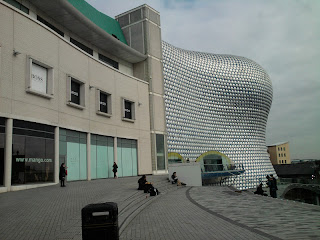 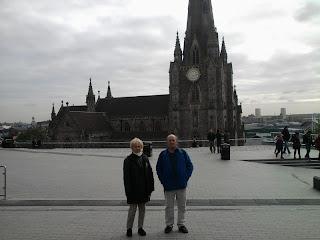 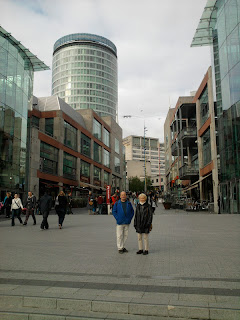 The Rotunda in the background has been refurbished, and now offers fancy apartments. 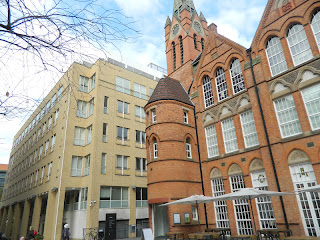 Oh, and this is the Ikon Gallery, in Brindley Place, just off the canal.  We went for a look round, but were greeted with "DONT TOUCH THE EXHIBITS".  "hello and welcome" would have been a better reception.  So we left their exhibition of book covers which famous people have written & went to the Museum & Art gallery instead for our injection of culture. 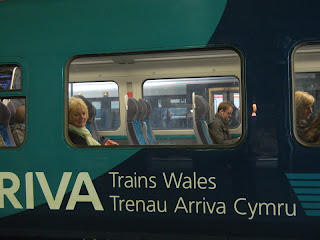 Mum's visit was very brief, and she was soon on her way back home - on a direct train from New Street to Chirk, which was nice.  Time for the CAMRA pub visits now me thinks ........
Posted by Sue Hunter at 18:34