Well we're still floating - just!  The alternator belt had been squeeling a bit in the morning when you start up the engine, so Dave went to have a fiddle with it & tighten it up.  It was when he dropped a spanner into the engine compartment (as you do), that he discovered that the bilge pump was not working, and there was quite a bit of water.  Quick trip to see Cath at Stone Boatbuilders followed & Dave started to fit the new bilge pump.  First job was the connections - and discovered that it was the connection to the bilge pump had been knocked when he last checked the batteries, and there was nothing wrong with the old bilge pump.  We now have a spare.  Meanwhile, back to the alternator, the belt was worn and needed changing, which Dave did.  Now we don't have a spare.  Lesson learned.  We're both very annoyed with ourselves for not having checked the bilge pump was working sooner (it comes on automatically when the water reaches a certain level, then pumps it out).  This is why Dave does not get involved with the engines of the hire boats in Chirk Marina!  One thing always leads to another.

After a trolly dash round Morrisons, we left Stone, on our way back home for the summer. 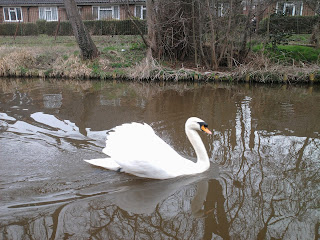 This big boy has been patrolling up and down the moorings constantly,  he puffs up his wings and swims alongside anyone walking the towpath.  Yesterday a canoeist had to remove himself and his canoe from the canal as this swan was just too aggressive towards him. 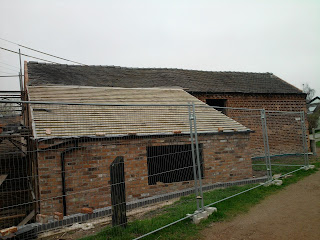 This is the cottage on the lane near Aston Lock.  After many years of neglect, it's finally being restored. 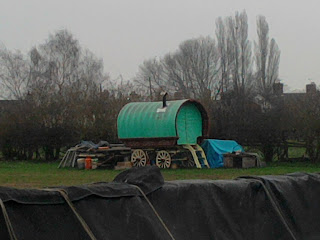 Lovely gypsy caravan in a field near Hoo Mill, with different types of fancy chickens, ducks and ponies running round the field.  Also these three huge black turkeys, one of which was an old boy who had obviously been very lucky round the last few December times. 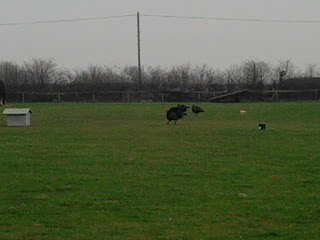 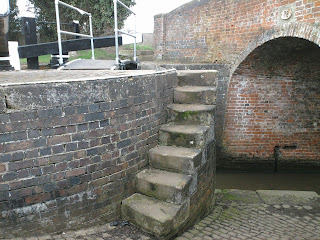 Lovely brickwork, steps and cobbles at Hoo Mill lock.
This blog was interrupted by a whole bottle of red wine smashing in the wine rack when I dropped the chair on the neck of the bottle - I wouldn't be able to do it again if you paid me.  We now have red wine running out from under the cooker, and soaking into the floor. Not nice before 9am in the morning.  That's our plan for an early start scuppered.  Why up and out so early?  Because an ex-challenger boat came stonking past at 6.50 - that's in the AM!!
I know what he can do with his Broadsword!
I just know its going to be one of those days.
Normal service will be resumed as soon as possible.
Posted by Sue Hunter at 09:57

Oh whoops, good job your computer was nowhere near, as you know they are not fond of red wine as I found out to my cost. hope all else is OK.