We abided by the (mooring) rules whilst visiting Oxford, and only stayed 48 hours (unlike everyone else it seemed).  But we felt that we hadn't seen enough of the place and decided to revisit the by train once we got to Lower Heyford, as it's got a handy station alongside the canal, and go to the Ashmolean Museum.  We didn't fancy going in to the city on a Saturday, no trains ran from Lower Heyford on a Sunday (it was raining anyway), so we opted for Monday, and duly went to the station to catch the 0953.  Information display said that the train was on time and there were 5 other people waiting at the station (always a good sign I find, when travelling somewhere different).  Unfortunately, the train didnt turn up.  We phoned the information line, and were told that the train was on its way.  Then two taxi drivers turned up and informed us that the train had been cancelled in Banbury, and they were to take us by taxi into Oxford. Ah well, so much for Mrs. Information.  The taxi dropped us off right outside the Ashmolean.  Great.  Unfortunately, the Ashmolean is closed on Mondays! B****r!  A change of plan was in order, so we went for a look around the Bodleian Library  instead, and to the exhibition "Treasures of the Bodleian" which was wonderful. 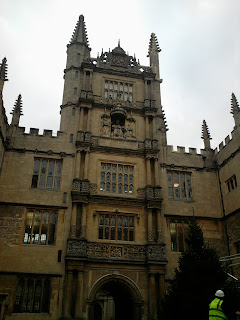 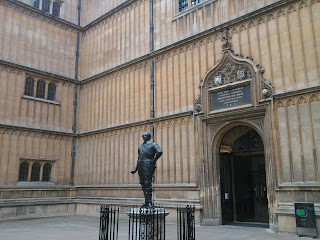 We climbed the very narrow spiral staircase up the tower of St Mary's church, (great fun going up the steps - not so funny trying to come down them) 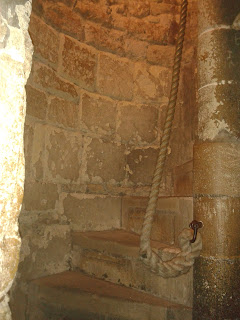 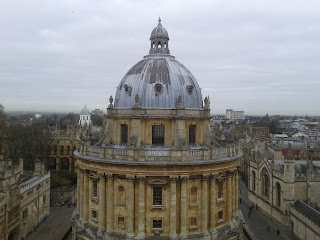 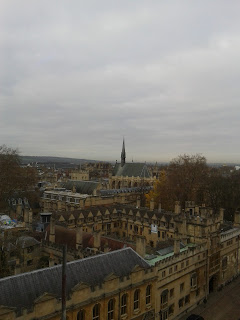 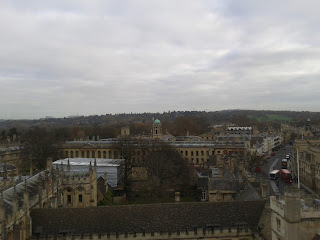 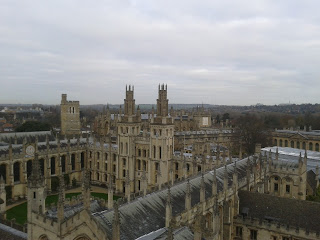