Could this be the start of something?  I'd love Anglo Welsh at Trevor Basin to start using these plastic boats as day boats - it would save alot of damage as they slowly glide past us - instead of the usual 5mph bouncing between boats and the concrete! 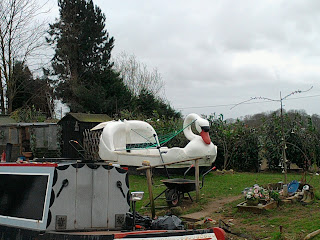 Well, we're back on the Llangollen Canal, on the last few days of our cruise.  We turned right at Hurleston to go up the locks, unfortunately there was a boat stuck in the bottom lock & couldn't get out as he had all his fenders down (despite signs top and bottom of the flight which say "lift all fenders").  Luckily it was a small boat & could move forward and backwards in the lock chamber and eventually managed to lift the fenders and exit the lock.  He was very lucky he wasn't 'hung up' by his fenders.  As soon as he got out, he dropped all his fenders again!  That was lock 1.  Lock 2:  People from the boat coming down came to "help", by opening the top paddles with great gusto, needless to say the boat shot backwards before Dave was ready.  Never mind, nothing broken.  Lock 3:  More helpers from said boat coming down (private boat I might add) then shut the lock gates in front of us.  Thanks.  Lock 4:  Couldn't get in as it was too shallow so we had to let some water down so we could float again.  This doesn't happen when there's a Lock keeper! 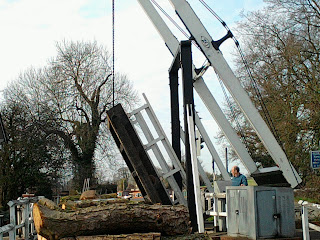 Beefur passing through Wrenbury lift bridge - Dave does the bridge and I do the boat due to all the barriers, lights and hooters going off. 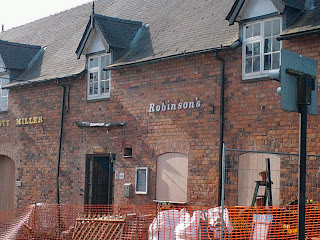 Dave did a 2 mile hike from Wrenbury to a pub he'd read about and he wasn't disappointed - The Bhurtpore Inn had 11 draft beers.  Just as well, as the Dusty Miller was closed and having major work carried out. 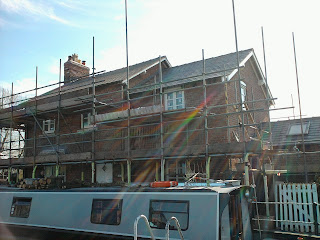 Major work also being carried out on Marbury Lock Cottage 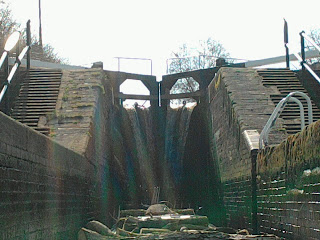 Glad we haven't got a 70ft boat with the amount of water pouring in over the top gates of the middle lock at Grindley Brook due to leaking gates on the top staircase lock.  Just an hour before, there had been an altercation at the locks where a lady on a boat coming up who had set the locks in her favour was shouted at and told to get back as a bloke at the top decided he was coming down.  Apparently it was the boat coming up who was there first, doing everything right.  The boat at the top came down in such a rush that he managed to leave most of the paddles up, so flooding the lock surrounds.
Yes - it was an ex-Challenger boat!  Again, no Lock keeper. 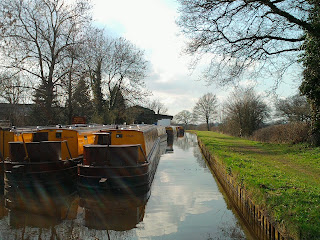 Breathe in:  Passing Viking Afloat - it's impossible to squeeze through without bumping into these boats - 5 deep in places! 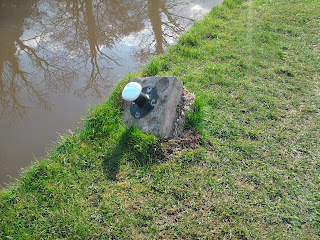