We had a bit of a laugh on the way up the Llangollen - we played "spot the continuous moorer".  We wrote down a list of names of boats who have scarecely moved up and down the Llangollen Canal over the last few years - and ticked them off as we came to them. All were present and correct - including the one outside Jack Myttons - you know the one - featured in Canal Boat magazine recently as it had been squashed by a falling tree last winter & there he was, back in the very same spot!.  We were missing one boat from the list, but friends had spotted it on the Shroppie, so not that far away then.  There were a few additions which we'll add to the next list & look out for next time we're out.

We met up with an old friend in Mad Jacks, and had a lovely evening. It's been nice catching up with people. 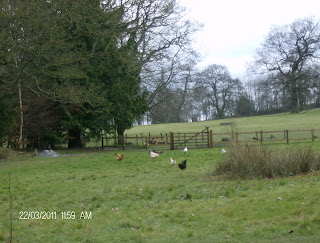 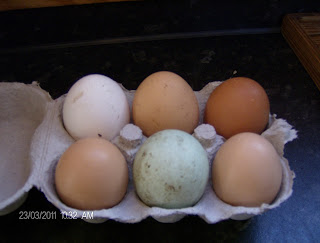 Very tasty they were too ! 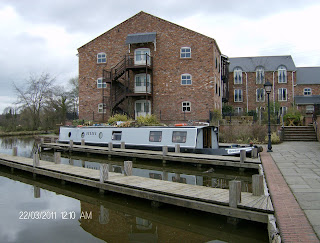 Quick pint on the way past the Lion Quays - had to take a run into the pontoons as they were so silted up, you've got no chance of getting all the way into the pontoons on the road side, as there's only 6" of water! 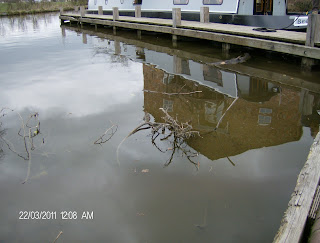 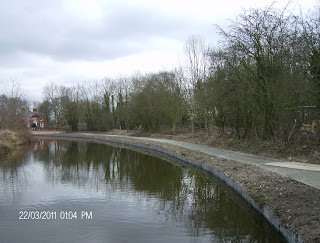 The towpath has finally been done between the Poacher's Pocket and Chirk Bank and the contractors are currently carrying out work between Llangollen & Trevor so that's 11 miles of reasonable towpath throughout the World Heritage Site from P/P to Llangollen/Pentrefelin - unless it's been raining, when the bit of towpath between Chirk Tunnel & Marina becomes a bit of a quagmire!
Posted by Sue Hunter at 15:31