The Transatlantic Sessions concert was fantastic.  17 musicians on stage, which in monetary terms works out at £1.75 per artist each.  They started at 730pm and played till 1030pm, with just a 20 minute break. Brilliant value for money.  We were treated to gaelic songs from Julie Fowlis, we had fiddles, pipes, flutes, banjos, mandolins, guitars, piano, harpsichord, drums, Danny Thompson on double base, and dobro from Jerry Douglas, oh and singers Shawn Colvin, Sarah Jarosz, and more.  We both love our music, and can't go a day without listening to some of our varied selection from this, fiddly-eye-diddley-eye, to jazz, rock, and as far away as the Cocteau Twins.  I found myself with tears in my eyes as the concert kicked off, I was just bursting with joy at the wonderful sound entertaining us.  We were unable to get tickets last year for T.S's, and after this concert, we'll certainly be back next year.
Oh, and Series 6 of the Transatlantic Sessions is on BBC4 Friday nights at 730pm, although this series isn't as up beat as the last series, it's still worth a listen. 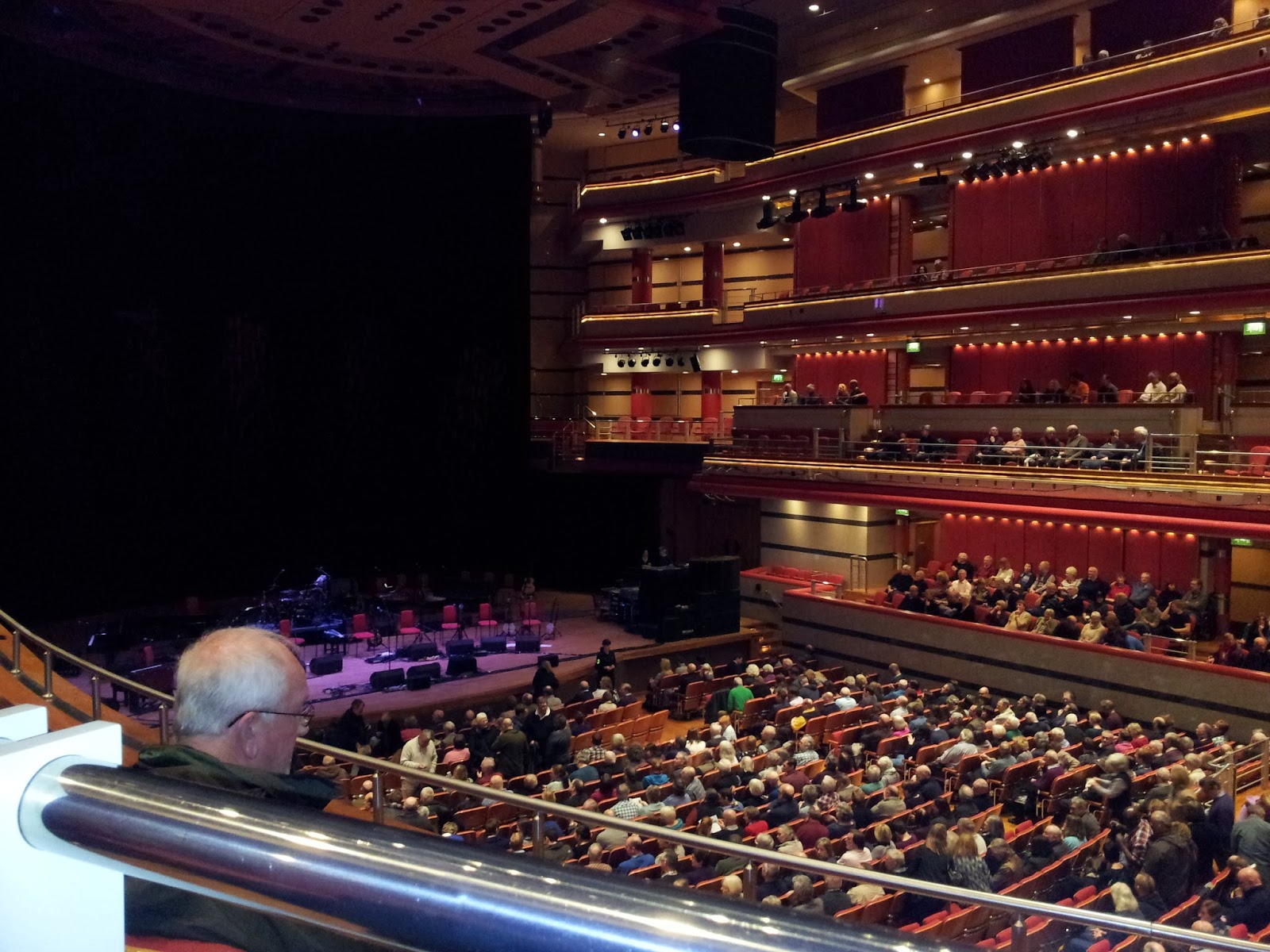 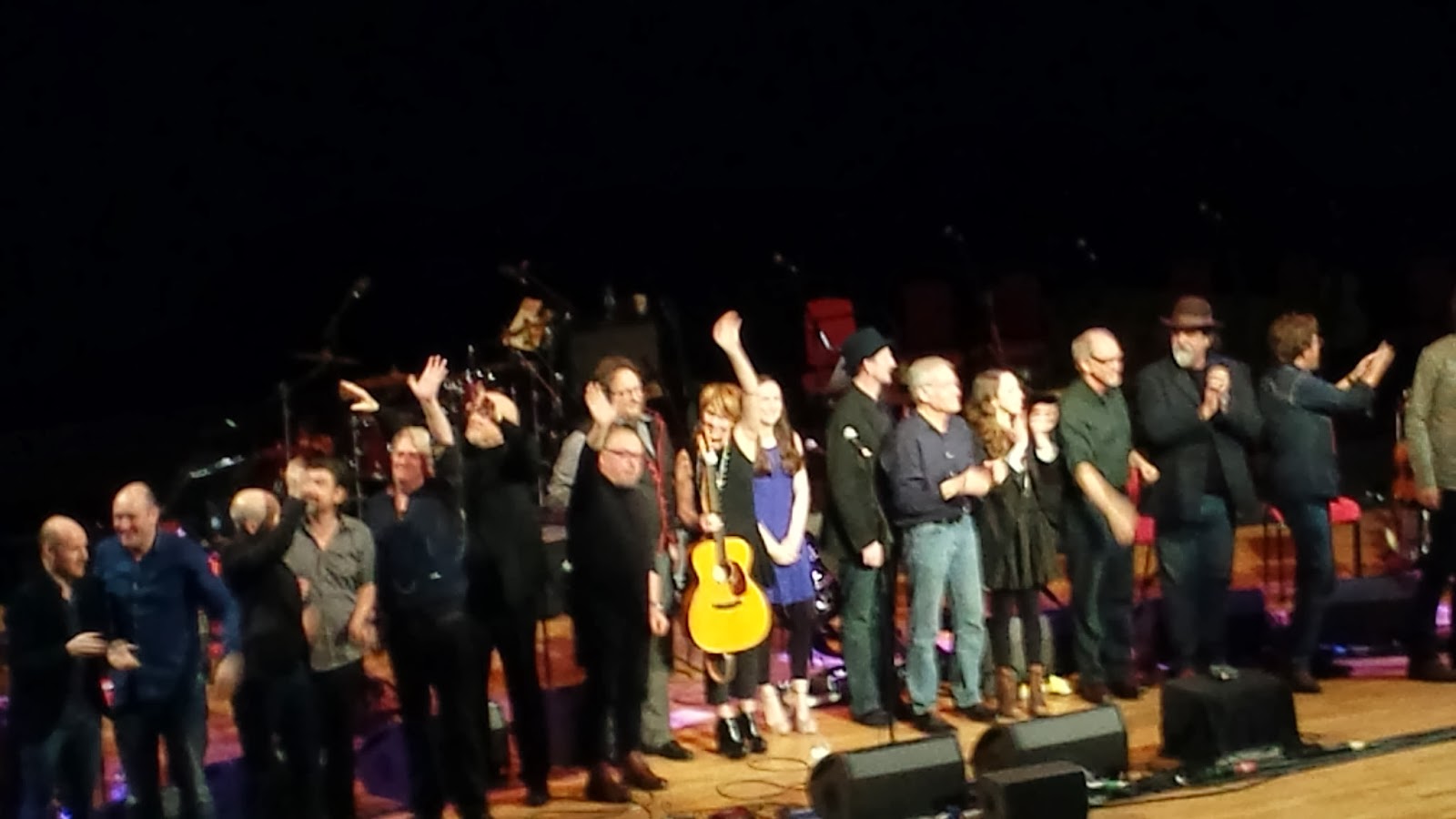 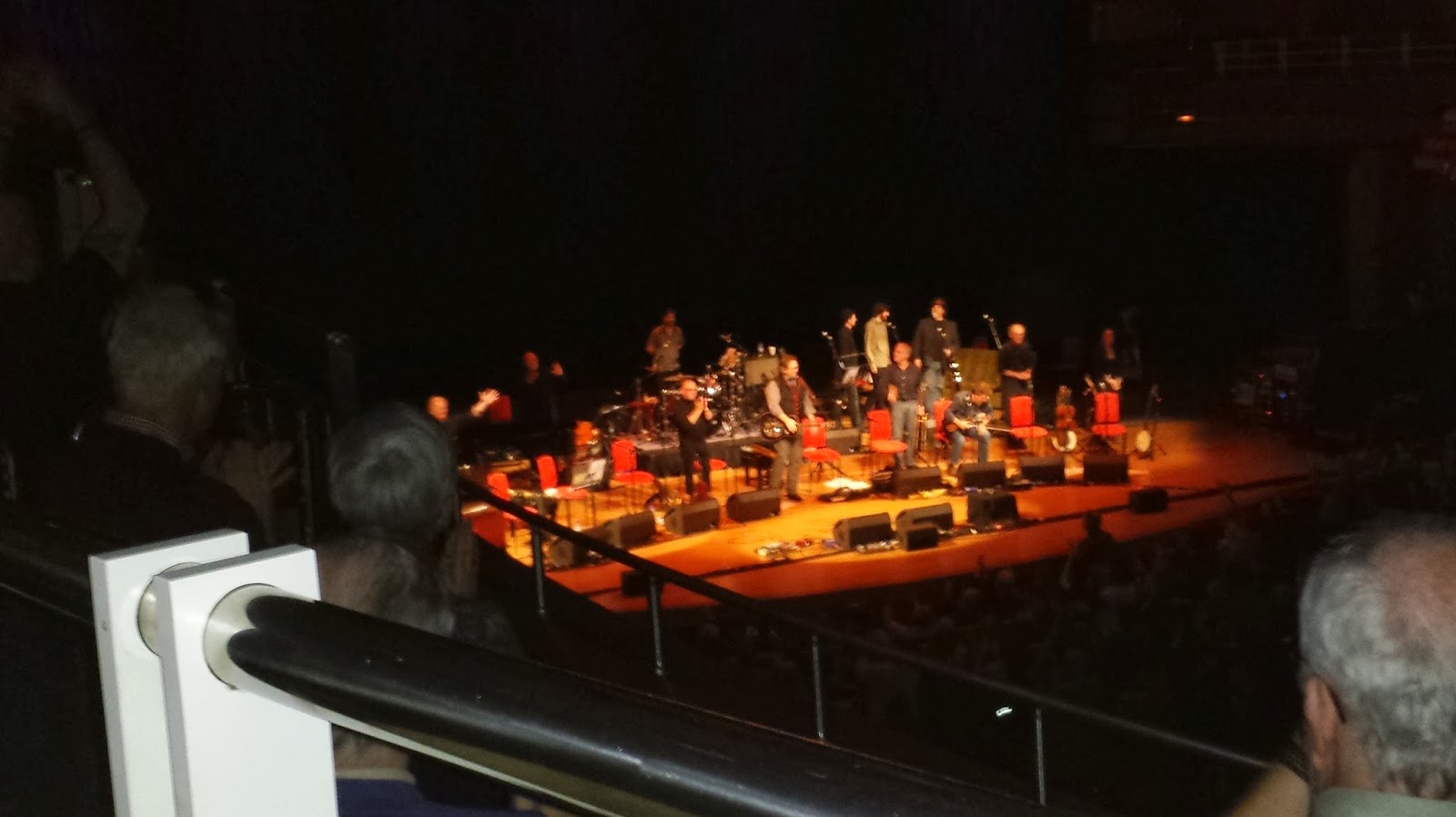 I know the photos are a bit ropey - but you're not supposed to take any photos, but we did at the start and the end of the gig, so there were annoying flashes for the performers.

We had a lovely meal in Carluccio's at Brindley Place before the do.  This time, we remembered to book a table, I'm glad we did, as the place was full.  Last time we were here for the Cerys Matthews Concert, we ended up trawling round the bars desperately trying to find a table, as everywhere was chock a block.  Speaking of Cerys, I'm going to take this opportunity to re-post Dave's favourite photo, taken in December..... 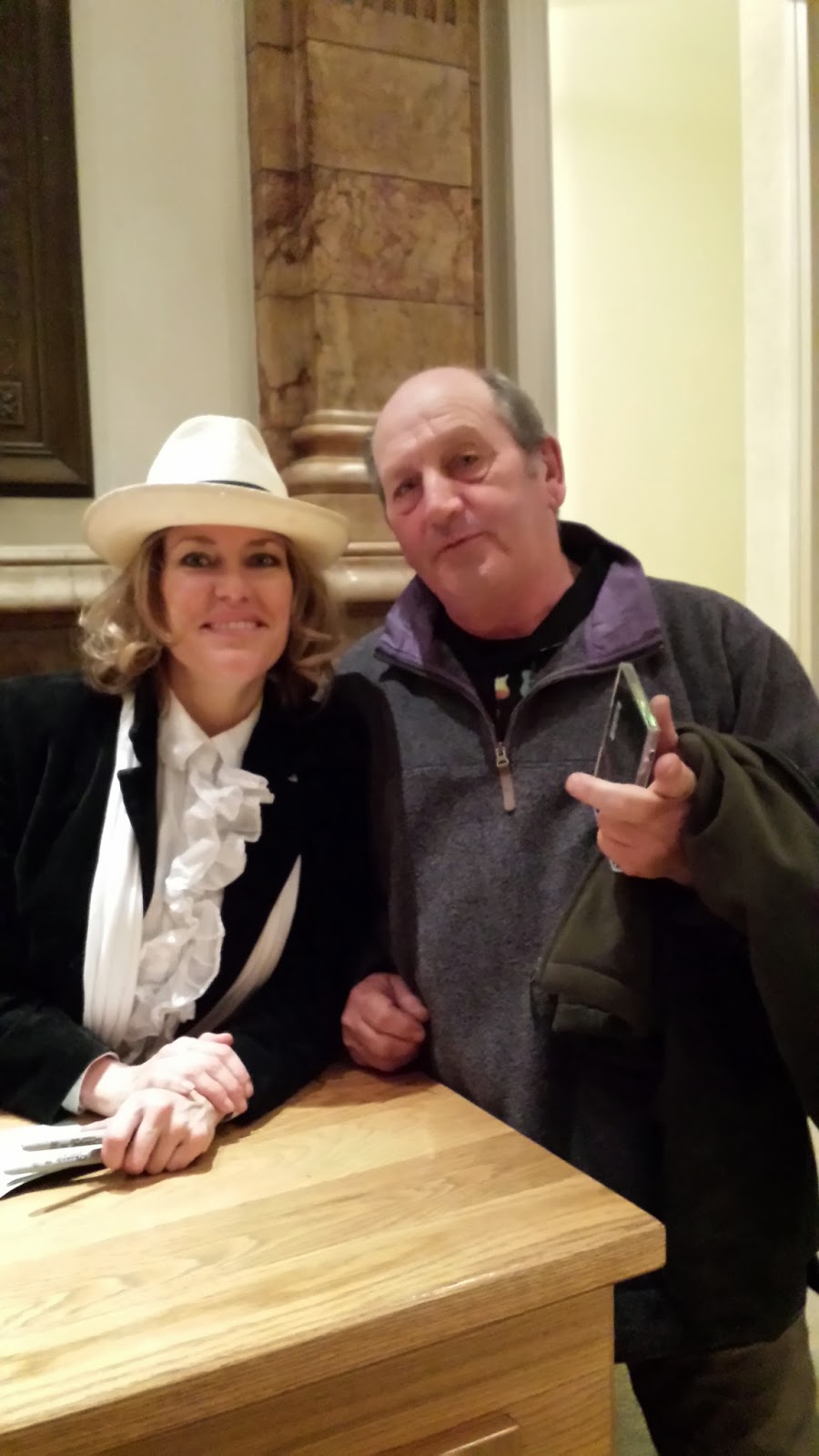 We stayed in Brum for a couple of days, as a family reunion had been planned for the Saturday afternoon.  Mum & Tony fancied a day in Birmingham as we were there, and to have a look round the new library, so arranged to take their car to Rachel's in Kenilworth, get the train to and from Brum, and stay in Rachels for a couple of days.  Rachel and co would be joining us in the evening for a meal.  When my other sister Bethan learned of the plans, she too said she would join us by train from Chester for the day, then travel back in the evening.  This plan seemed a little ambitious from the start - and so it was!  Firstly Mum & Tony were delayed when they shut the M6 due to a body being 'found' under a bridge.  They eventually got to Kenilworth, dumped the car, got a lift to Coventry station for the short train ride to Birmingham.  Unfortunately a tree had come down on the line, so all trains from Coventry to Brum were suspended.  By this time, Dave and I were sitting waiting for them in New Street Station - which was heaving, due to all manner of trains being cancelled and delayed due to bad weather.  They abandoned that idea, and returned to Rachels.  We then walked back to the boat in the pouring rain.  On the plus side, it meant we could watch the rugby six nations after all!  Bethan meanwhile had decided not to come, due to the weather.   It all turned out all right in the end though.   The Kenilworth contingent came by cars, unfortunately arriving at our rendezvous, Birmingham Library, just as the library was closing for the day!  Never mind, we had a walk around Brindley Place (in a howling gale) and had a lovely meal for 10 of us in Penny Blacks.  Thanks to everyone for making the effort.
Posted by Sue Hunter at 13:09