So that's christmas done for another year then.  Didn't watch much telly, but the highlight on the box had to be Morcambe & Wise song & dance hour.  My favourite sketch/routine was included - the two of them preparing breakfast, to the music of the stripteese.  Classic.  Still laughed out loud all the way through, despite having seen all the routines many times before.  Ah, they don't make shows like that any more.  So christmas over and back to life afloat after being in Mums house for a few days.  Whilst we were plugged in to electric and a tap at the marina, we took advantage and set the washing machine to work. 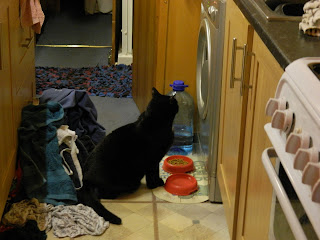 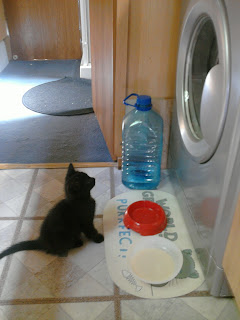 This is Nemo, just a few weeks old watching the spin cycle, grown a bit hasn't he?


Once we had run out of things to wash, we left Brinklow marina and headed off - back to All Oaks Corner, Brinklow - again.  This will be the fourth time we've moored here over the last four weeks, pointing in different directions, due to ice, BSS examination, and waiting for our stint in the marina.  We have moved in between these times - unlike the boat which has been moored there since the start of December, and is still there now. 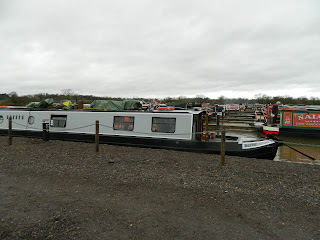 Nice mooring for Nemo - straight onto the side rather than onto a pontoon. 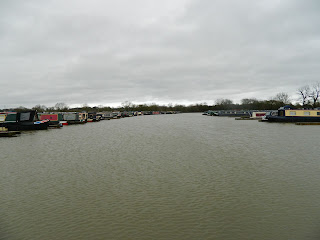 A few million quids worth of boats in the marina.

We're now heading north again.  Plans come and plans go.  First plan (back in the summer) was to go north up the Trent & Mersey, but the breaches put a stop to that one.  We then decided to go back down to Oxford this winter, but only got as far as Napton due to one thing and another.  So now we're heading back - ish.  We figure we'd head for Stone, and catch up with old friends, then back down, then up the Shroppie.  So that's the plan for now (plan 'E' I think we're on now).  Of course, things may change as we cruise along (weather permitting).   The weather forecast says "unsettled" for the next three weeks.  Unsettled means rain, meaning no ice, fingers crossed!

Rachel (my sister) and her family returned from their skiing holiday yesterday, Sunday, and will stay with Mum for new year, before heading back to Kenilworth, taking Cole the chewing labrador with them.  I was tempted to return for new year's eve - despite there being a houseful at Mums, when I saw what was on the menu .... 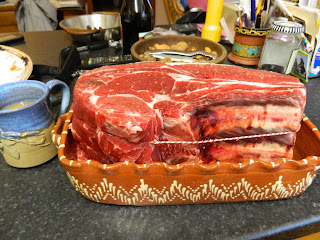 The biggest joint of beef I've seen, without it moving!  Like the turkey, this rib of beef is from Nel's boyfriend Arran's farm (link to Abbey Farm Llangollen).  Good luck with cooking that one Rachel!

Just a reminder that we're not finished with the cold weather yet, despite the forecast.... 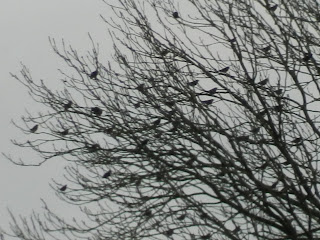