Well, we made it!  The next few posts will be a bit out of synch, as I try to get up to date having not blogged for a while. 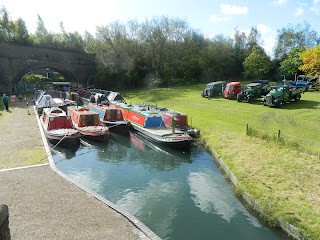 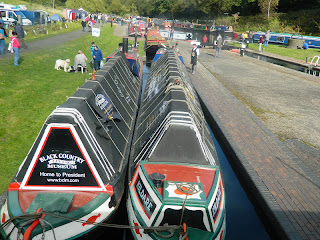 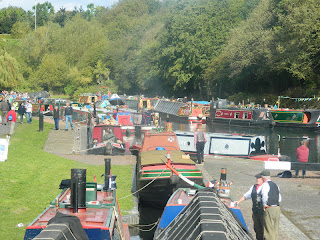 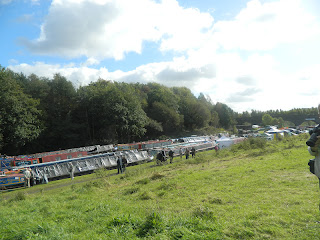 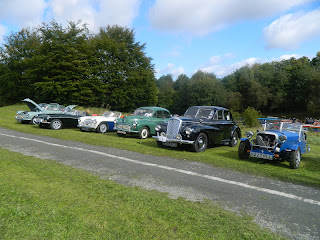 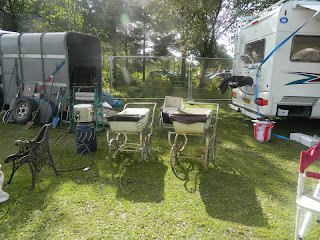 Vintage prams.  Incidentally, my mum kept our pram, just like the ones in the pic above, but ours had a fantastic leather strap arrangement around the chasis - until I took a knife to the straps, cut them off to make a really fast go cart.  Mum was not impressed to my butchering of this beautiful antique.  In my defence, I was only ten or so at the time. 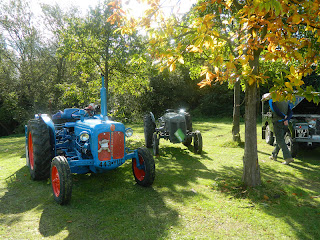 The grey tractor in the background is a classic Ferguesson, just like the one on which Dave, as a child, was perched on the bonnet, to stop the front jumping up and down when his dad was ploughing. 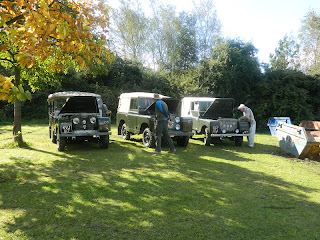 This pic is for Rick ... lots of lovely landrovers 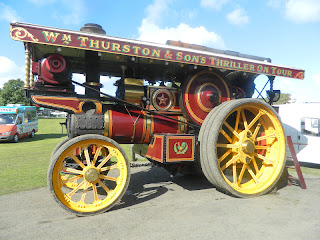 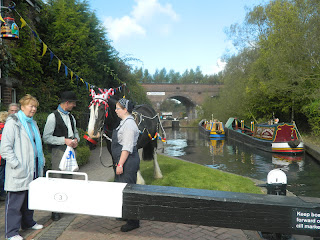 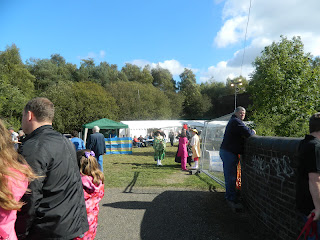 And the all important beer tent, which we will be checking out shortly. 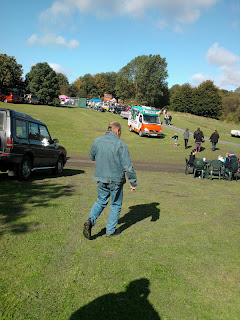 We've met up with lots of friends, who frequent these gatherings in these parts.  One of which was the famous "Mal of the Canal", (who didn't come by boat).  In the information centre at Trevor Basin, there is a video played on a 30 minute loop, which tells short 3 minute stories of  local's experience and/or influence of the Aqueduct and canal, two of which features Mal singing - as anyone who visits the info centre will have heard.  So over the years, I, and whoever has worked in the info centre, has heard the stories, and Mal, many many many many times!  I have a recording of Mal of the Canal on my phone incase I got withdrawal symptoms now I've finished working there, which I played to him - in case he'd forgotten the words.  In the pic above, we'd just pointed out the beer tent to him, so he was off like a whippet.  Malcolm used to drive the disabled trip boat Myfanwy based at Trevor Basin, many years ago - for which he was awarded an MBE for his trouble.  So for Becky and Gwyneth, here is the legendary Mal of The Canal!﻿
Posted by Sue Hunter at 15:44

We have enjoyed some good evenings in The Anchor with Mal, he definitely has some excellent songs in his repertoire.